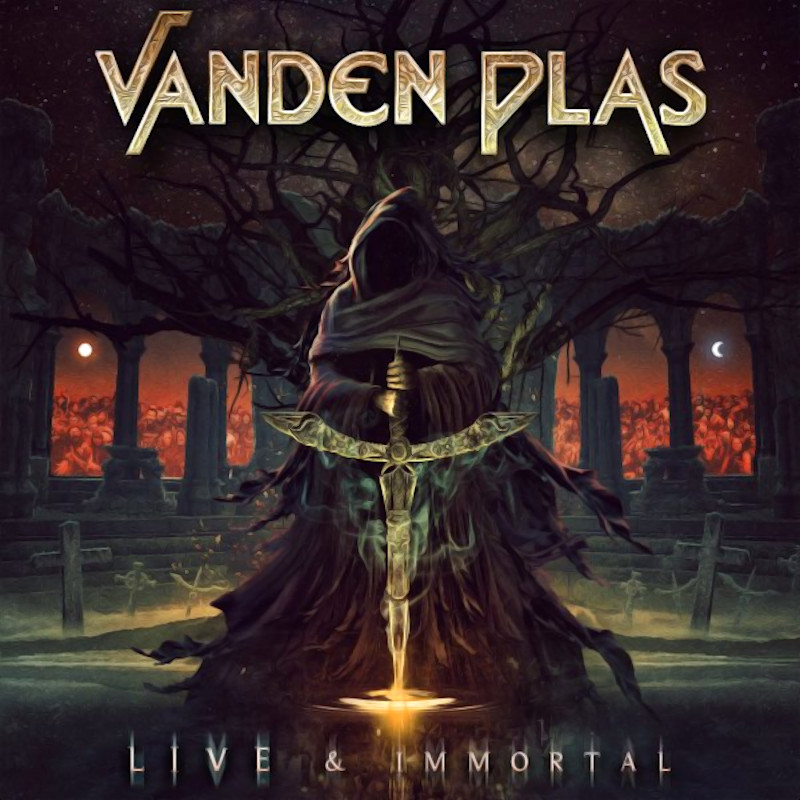 Vanden Plas are one of the bands that helped form my love of progressive metal. It was around the turn of the century when I first heard their Far Off Grace album. I had of course been a long-standing fan of Queensrÿche, Dream Theater and a few other acts treading similar musical ground. But with internet connections still being of the dial-up variety back then, my ability to discover music from the States and Europe was limited. The prog-metal scene in England scene consisted of Threshold and Balance Of Power!

Thinking that there must be more of this stuff hidden away within the musical underground, I started searching the web to quench my new thirst for previously undiscovered purveyors of beautifully heavy music. And so began my love of progressive rock and metal in all its various forms. No surprise therefore, that Far Off Grace holds a special place as one of my all time favourite albums and Vanden Plas as one of my favourite bands.

I have managed to see Vanden Plas live on five occasions and always enjoyed their shows. I gobbled up their studio albums until The Seraphic Clockwork, after that they started to become too repetitive and formulaic for my tastes? The two pairs of two-album concept albums that they have produced since, have done little to regain my interest.

A few things to get out the way before I enjoy this new double live album.

Despite their long career and reasonably high profile, this is only the band's third live effort and the first full show to be released on video (and their first to be available as a Blueray). I guess that budget limitations were the main factor before.

Spirit of Live was an album-only release from a gig in Paris. It was recorded and released in 2000. The Seraphic Live Works was a live recording of their 70-minute performance at Progpower USA 2011. However it sat on the shelf for six years before getting a DVD release in 2017.

For some reason the same thing happened with this recording. Live and Immortal was recorded on December 30, 2016 in their home-town of Kaiserslautern, Germany. Part of the set-list is based on the two Chronicles Of The Immortals albums (2013 and 2014, respectively). 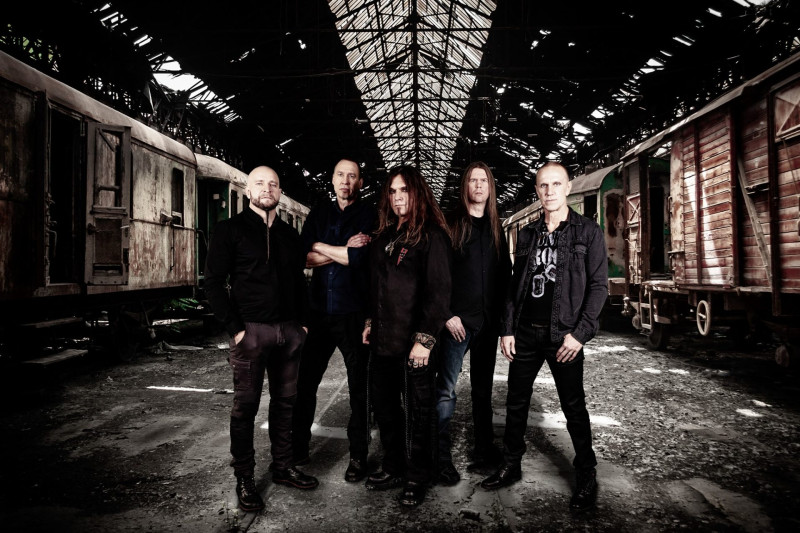 It's an exercise in stating the obvious, but fans of their last two studio albums (the two part The Ghost Xperiment 2019 and 2020) may be disappointed in the set list!

There is some overlap between the two sets, with three of the nine tracks on The Seraphic Live Works also appearing here (Postcard To God, Holes In The Sky, and Frequency). Not to have their early classics Soul Survives and especially Rainmaker in either set is disappointing.

Apart from those two omissions, it is a very tempting set-list, with a good mix of the old and the newer material. More than 20 years after first hearing them, songs like Iodic Rain, Into The Sun and I Can See still command my attention. The encore of Postcard To God and Christ 0 is especially impressive.

It's a club show, so the lighting is adequate; allowing the music to do the speaking. Those expecting more of an "epic" style staging, will be disappointed. It's not a big budget production. Most, if not all, of the cameras used are pretty basic hand-held devices. The visual quality is okay but nothing special. There are no crowd shots other than the backs of heads from the main camera showing the whole stage. The crowd isn't the most active nor vocal. It's more head-nodding, than head-banging. I'm not getting a big level of live-show-excitement watching this.

Being filmed in their hometown, Andy does speak in German in-between songs, which is a disadvantage in building a rapport with non-German speaking viewers. However, the in-between song banter is kept to a minimum, so no great showmanship or storytelling to be missed.

Thankfully the highlight of the show is the music and Andy's voice. His vocal training and work in musicals is now showing the benefits. He hits the high notes with ease, without looking like he is straining. Stephan Lill is superb as ever and the keyboards of Gunter Werno add their textures and melodies clearly throughout; one of the defining elements of the Vanden Plas sound.

For me this is going to be a live album that I will listen to frequently, as opposed to one that I will watch again very often.

Live And Immortal has been released on the Frontiers label. It is available as a double cd or double vinyl, as a 2CD/DVD set or in the Blu-ray format. 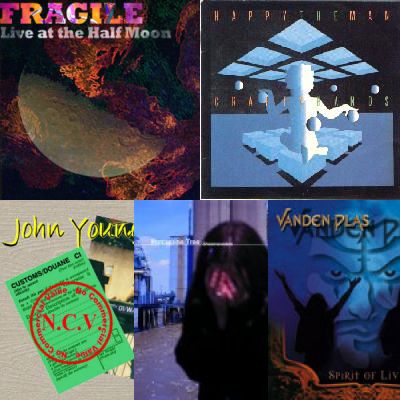 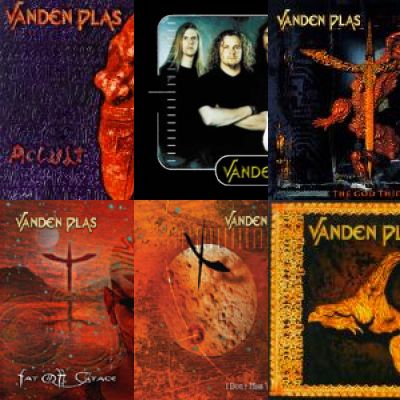 I Don't Miss You 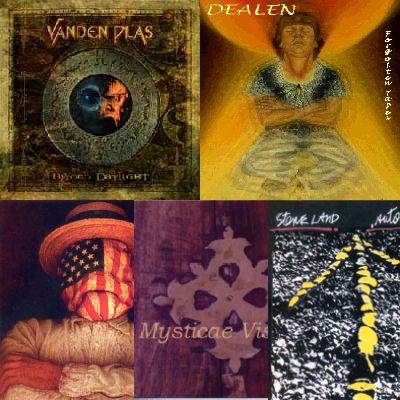 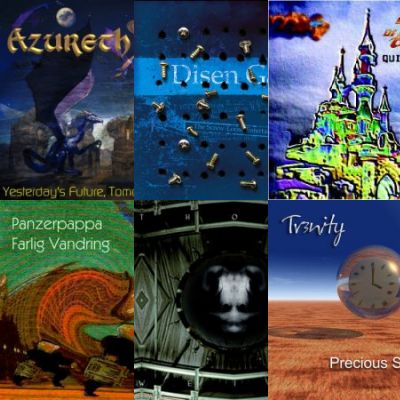 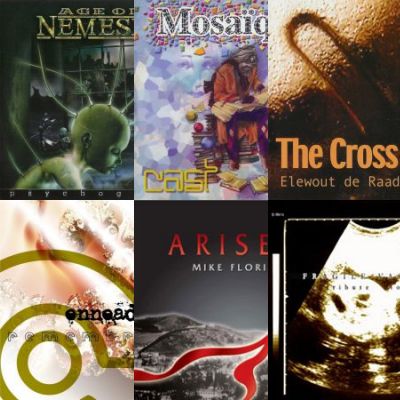 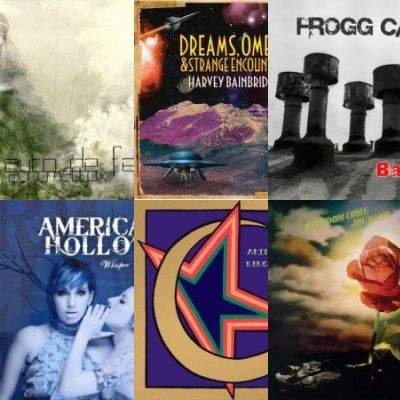 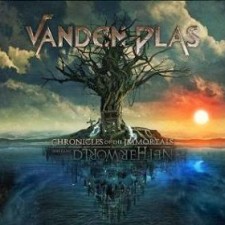 Chronicles of the Immortals, Pt. I: Netherworld 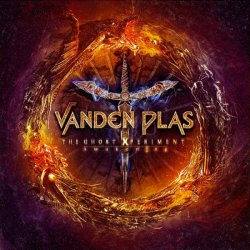 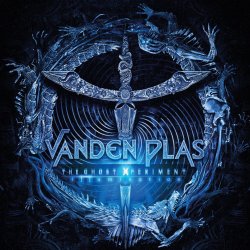