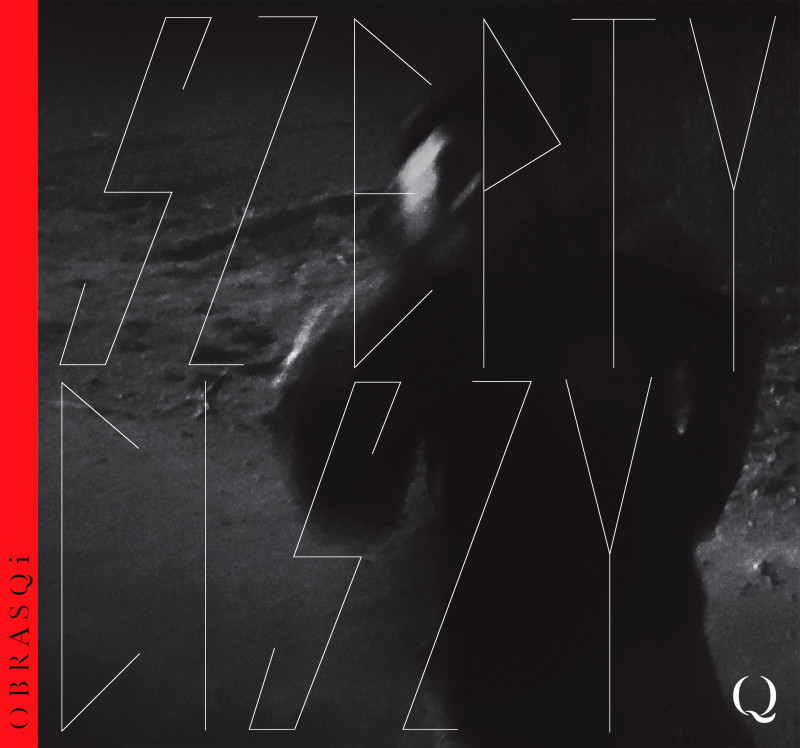 Dopowiedzenia by Obrasqi was one of my surprise discoveries last year. This splendid album presented a wonderful collection of atmospheric compositions that gracefully move in a spectrum of dreamy electronic indie-pop, ambient, alternative rock and progressive art-rock, graced by the enchanting voice of an angel. I still visit this on a regular basis.

Labelled by several Polish journalists as "the debut album of the year", the band has since kept themselves busy with various promotional activities and a participation in the fund raising project Polish Songs For Ukraine. Meanwhile, taken under the wings of record label ProgMetalRock promotion, they played alongside acts like Ivanhoe, Fughu and Pro-Age on their ProgMetalRock festival in Poland in June. After the release of the first single, Obiecaj, and a supporting role for Riverside's 20th anniversary tour in Poland, the band takes their next step with the release of their sophomore effort Szepty Ciszy.

The music still echoes with delightful touches of early Quidam and Moonrise, but the band, consisting of Monika Dejk-Ćwikła (vocals, choirs), Artur Wolski (guitars, keyboards, programming) and Jarosław Bielawski (drums/percussion) have developed and refined their sound by adding darker elements and shifting in a more prog-orientated direction.

This isn't completely at the expense of the dreamy pop influences, as these are still found amongst several of the tracks. Siła Zakazanych Westchnień and Nie Budź for instance are both marvellous examples of the band's sense in composing short and sweet dreamy pop songs.

Siła Zakazanych Westchnień's crispy, upbeat and modern freshness with happier melodies resonates with feelings of ease and security. As such it becomes perfectly heart-warming. The same goes for Nie Budź, whose divine simplicity creates feelings of delicate cheerfulness.

At the other end of this spectrum one finds the majestic Obiecaj. A hauntingly contemplative and moving composition, it starts out small with lovely rippling atmospheres. Blessed by Monika's passionate vocals and waves of growing dynamics, it broodingly glides towards a beautifully-shaped climax that thrives on Wolski's spellbinding touches. My advice is to sit down and let the song's breathtaking beauty wash over you.

Truth be told I haven't got many clues towards any deeper meaning of these songs as my knowledge of the Polish language is limited to a mere 'Dobre Weekend' (good weekend). Translation of the lyrics, kindly sent over by the band alongside the CD, would surely have cleared this up. But truthfully I don't feel the need, and just want to let the music speak for itself. The fact that OBRASQi has promised an English edition release also plays a part in this.

The remaining tracks are much darker and ominous in nature as demonstrated in the ultra short and highly effective Paradosq. The way that its friendly, becalming melodies mischievously change into a haunted atmosphere of whispered voices that attack most frighteningly in a The Shining kind of way when the song abruptly ends, gives quite a scare. 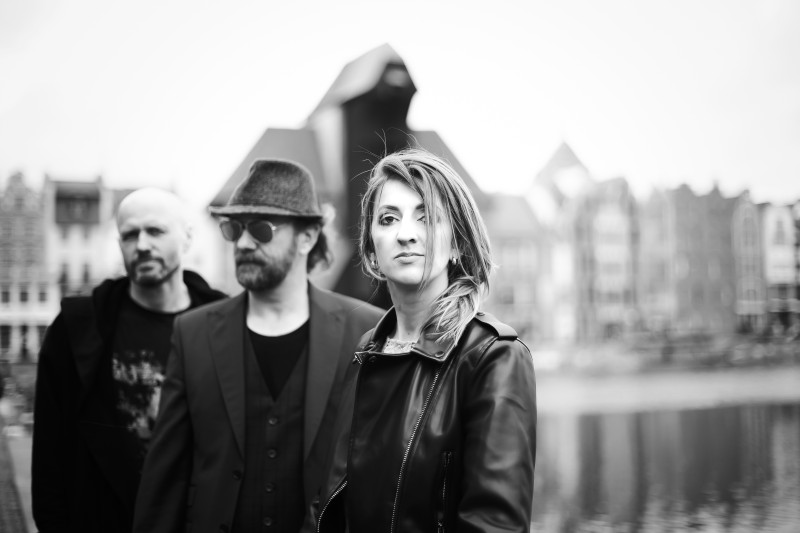 The voiced bridge that decorates the excellent opener Świt Co Znajdzie Głos, which under experience of headphones reveals a paradise of truly remarkable arrangements and vocal achievements, also manages to bring a sense of breathtaking fright. It might be too early in their career to state that I find this segment to be the band's finest hour, but the simple fact remains that Monika's enthralling vocal delivery in this stunning composition simply blows me away.

The same goes for the magnificent melodies that surround this bridge. The manner in which the hypnotising, slightly psychedelic, opening sequence comes fully alive is superb, thanks to some dynamic drumming by Bielawski. Returning to its compelling rhythms with the guidance of thriving bass, it comes to a very satisfying close. If this well-constructed song is to be taken as an omen towards the band's musical direction, I'm all for it.

The beautifully crafted Szepty Ciszy is another fine example of Wolski's compositional strength and Monika's amazing vocal expressions. Predominantly sung in an attention-drawing whispered voice, the emotional deliveries and tangible sighs from Monika, especially the one at the end, gets to me every time.

The album's absolute highlight, both musically and in terms of expressiveness, is the three-part Mroczne Pragnienia (#1) / Iskra We Mnie (#2) / Nieprzetłumaczalne Słowa (#3). This seamlessly-flowing epic, ties in beautifully with a part of the album's message ("a journey beyond the boundaries of life, the world, dreams and yourself"). It is the most prog-rock-influenced composition on the album and a stunning one at that.

The song's grief-stricken opening is mightily impressive thanks to the resonating melodies and Monika's sad vocal delivery. This mournful atmosphere lifts off in psychedelic layers that move through wonderful, ripping guitar and religious-like chants.

The intense and powerful melodies that follow, shaped by lively drumming and overwhelming guitar parts, elevate the song into a progressive beauty; one that could have lasted me an eternity. The way in which this heavenly passage thereafter flatlines and in Nieprzetłumaczalne Słowa (#3) reincarnates for a short emotional return brings a memorable ending that speaks in 'no translation needed' biblical volumes.

In conclusion, Obrasqi has once again created a beautifully varied and extremely fulfilling piece of art that grows at every turn. Partly due to the darker colourisation of the music, and the addition of powerful progressive elements, especially to be found in the two brilliant songs that bookend the album, I favour Szepty ciszy over Dopowiedzenia. Hence my rating. While I wish the album had a little more length to it, this is an assured contender for my 2022's short-list of 'best sophomore albums of the year'.

Based on this effort I gather it won't take long for OBRASQi to spread their wings past Poland's borders and journey into Europe. A highly recommendable album.