Here is another of those early US prog-metal bands who split-up before they were able to realise their potential.

Damn The Machine (great name) were put together by guitarist Chris Poland, three years after he exited Megadeth in controversial circumstances. Chris had worked on Megadeth's famous early albums, Killing Is My Business... And Business is Good! and Peace Sells... But Who's Buying.

After releasing a couple of solo albums, Poland joined forces with fellow six-stringer and vocalist David Judson Clemmons who had previously played with prog-thrashers Ministers Of Anger (another great name!). Chris' brother Mark Poland and bassist Dave Randi completed the line-up in 1991.

The group signed with A&M Records in 1993, releasing their self-titled debut album later that year. They toured Europe with Dream Theater, and embarked on US tours with Voivod and Flotsam & Jetsam.

Despite this, poor record sales resulted in A&M Records dropping the band from their catalogue. David Judson Clemmons had been the first to leave the band. The others continued for a while, and even formed a new band under the name Mumbo's Brain (not such a great name!). Material was even written and demoed for a second album, but by 1995 all members of Damn The Machine had gone onto pastures new.

What they left behind is an album regarded by many as an underground classic, especially by those who were following the fast-evolving prog-metal scene back in the days.

It is certainly one of the most inventive and ground-breaking albums from that period. Like its visually-jarring album cover, it is definitely unique. 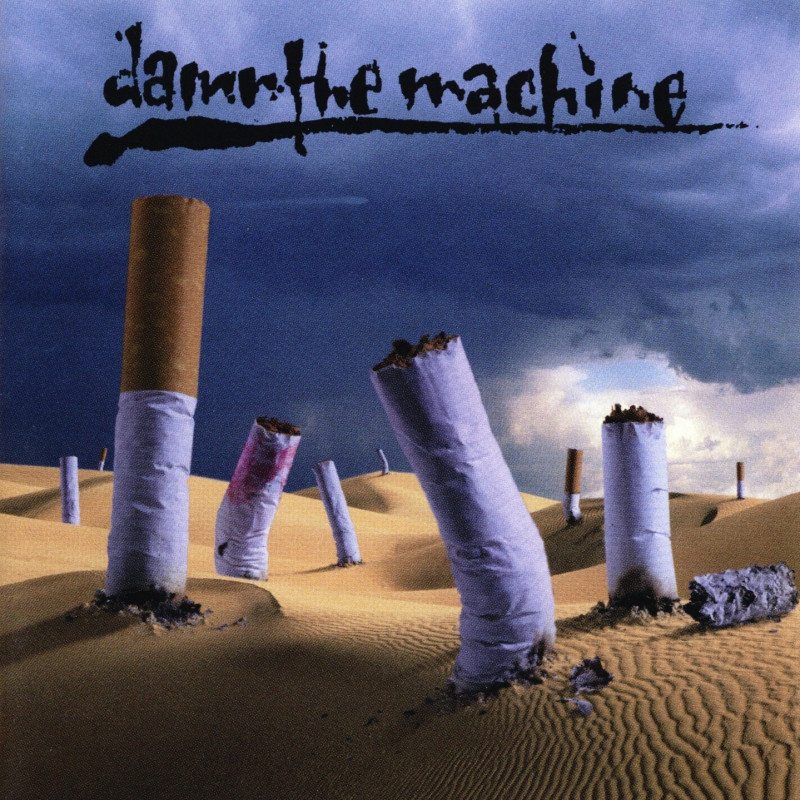 With the benefit of hindsight, what we have on these dozen songs is a mix of the sounds of Watchtower, Psychotic Waltz and Voivod. For three quarters of an hour, one is able to swim in some thoughtful, progressive-metal waters with hints of jazz-fusion sprinkled throughout. If such a Venn diagram had existed back then, Damn The Machine would be at the overlaps of punk, thrash, prog-metal, and the avant-garde.

Highlights? The Mission is a great opener as it drifts between heavily-technical and atmospherically-light. Honor has a similar approach but with a more deft touch of light, and a mood that draws me in every time. Humans and Patriot are the two easier tracks to enjoy. Humans benefits from its likeable groove.

The guitar and bass runs throughout Russians were highly innovative back then, as was the idea of opening Silence with a classic blues-rock theme. The rolling rifferama and short bursts of acoustic calm of I Will are also effective. Lonesome God is too experimental for my tastes.

Nothing passes the five minute mark. I always feel that this album would have benefited from further development in the studio. The lengthening or two or three tracks, with the loss of two of the lesser songs, would have given this a much more interesting flow.

Personally, it is an album that I have given several spins over the years. I am very slowly warming to bits of it but the cold experimentalism, the poor production and the raw, punk-like vocals are unlikely to ever win me over. Those who favour those characteristics should give this a careful listen. It was clearly some way ahead of its time and rightly claims a place in the evolution of the prog-metal sub-genre.

Anyhow, this has been a collectors item for the past 20 years and it's not easy (or cheap) to find a copy to buy. However you can now get the next best thing.

Damn The Machine — Day One 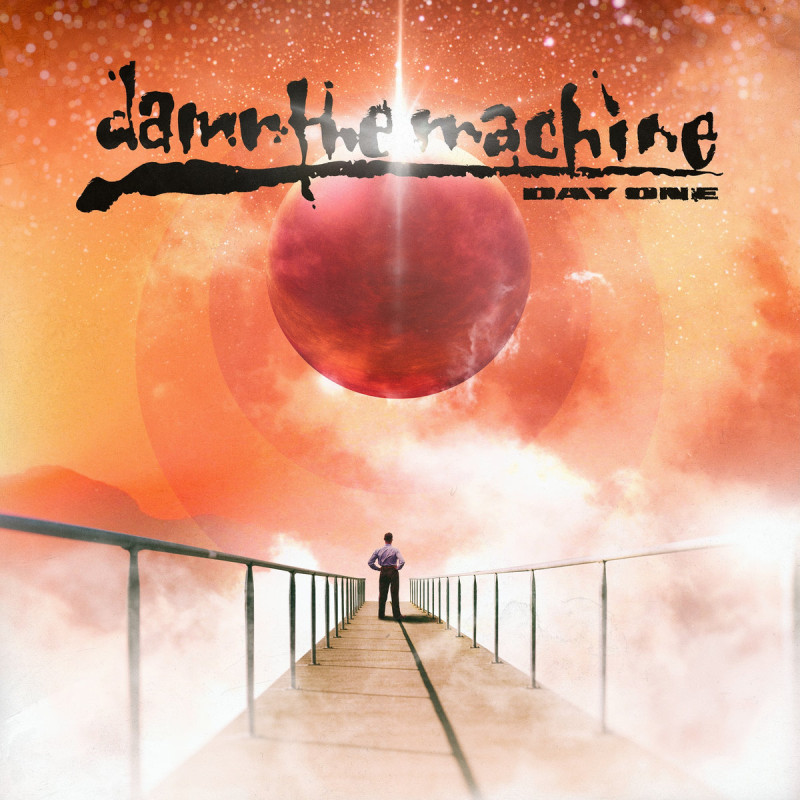 Day One, is that same debut album but using the demos that the band put together in 1991 and 1992, prior to signing to A&M Records. The recordings were made in the band's rehearsal room in Los Angeles using an 8-Track 1" Analog Tape Machine. The music and vocals are live, with minimal overdubs.

Considering all that, the end result is not actually very different from the final album. As you will see, the track times between the demo and the album vary only slightly.

The album is certainly cleaner but the often weedy, thin guitar sound and the horrible drum sound still dominate.

The vocals will always been an acquired taste for many. If you have a copy of the original album, then this is for completists only. If you've been hunting for the original without success, then this is a perfectly good alternative.

And there is more!

The demo from which those 12 songs for the original album were selected, actually featured 18 tracks. That means six other songs that have never been released, until now.

Damn The Machine — The Last Man 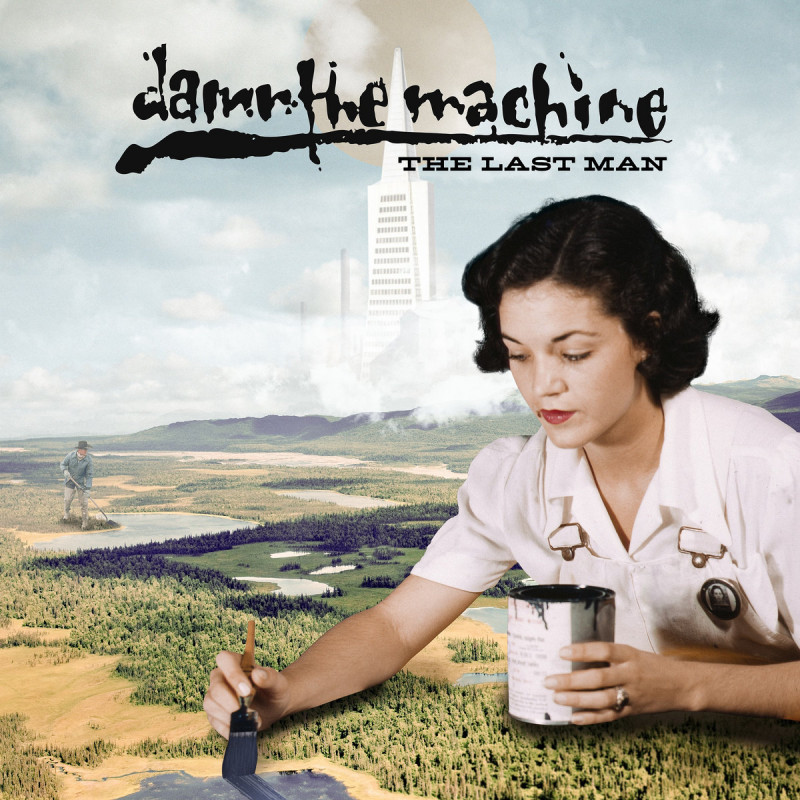 The Last Man features four of those other album-demo songs: Menial War, A Brighter Day, All That We'll Ignore, and This Fading Rhyme.

In addition, it offers the six songs that made up the band's very first demo recorded shortly after they got together. These are Welcome The Red, Legend Maker, The Prize, Heaven's Gate, The Final Amendment and Man vs. So Much More.

For some reason Fear of Fear and New World Revival remain unreleased from that 18-track album-demo. Another six songs (No Rest, Blinder Than I, Wall, Brains, Bleed and Decay) were demoed in 1995 prior to Clemmons leaving the band. It remains to be seen if any of these will ever see the light of day. It would be nice to complete the picture if possible. 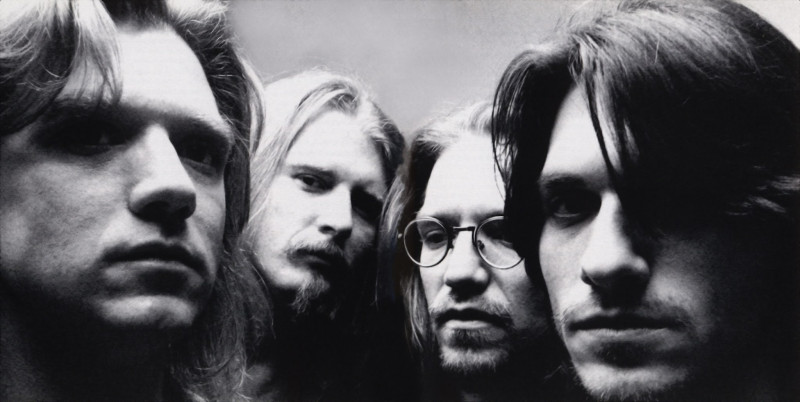 To be fair the band/label did select the 12 most interesting songs for inclusion on the debut album. However these demo tracks do again emphasise the innovation being explored by Damn The Machine at that time. Both of these new albums are available in digital, CD and LP versions. There is a nice 16 page booklet with the CD.

In 1997, Chris Poland concentrated on his rock-jazz fusion leanings forming the power trio OHM that is still active today, along with its off-shoot OHMphrey.

Clemmons went on to form a band called Jud (six albums) and another The Fullbliss (four albums). He is still involved in the music business today and released his latest solo album, Lights For The Living (check out a video here) this year.

In a recent interview he talked about DTM's split: "We are lucky that we made this decision, by doing so we froze the legend that is Damn The Machine right in its steps, rather than dragging it down the road for years with different formations and attempts to keep something going just for the sake of it."