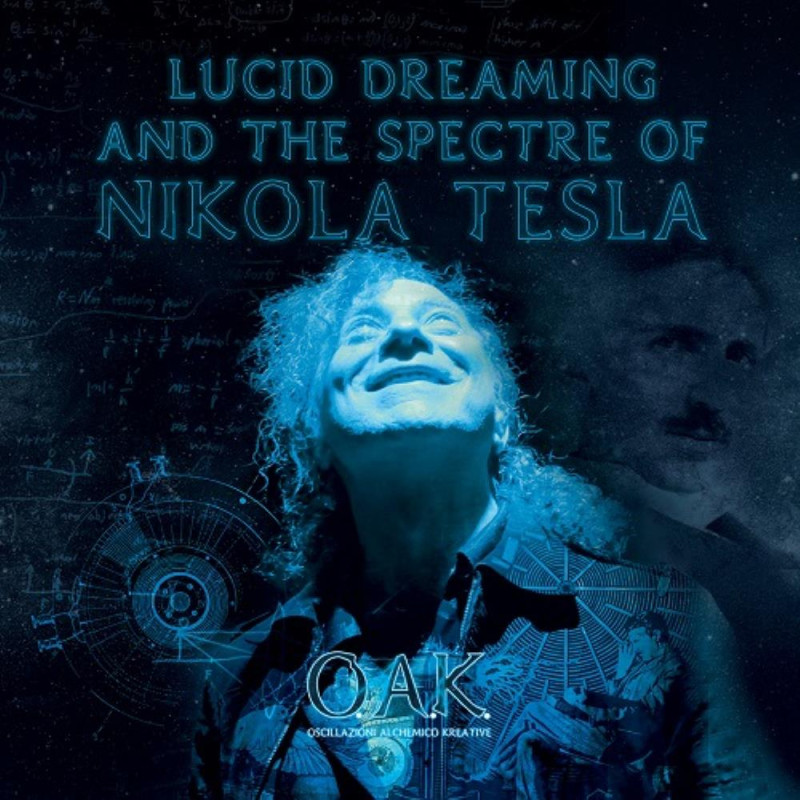 Two years after completing his esoteric prog-rock trilogy with the excellent Nine Witches Under A Walnut Tree O.A.K.'s creative mastermind Jerry Cutillo (keyboards, flute, guitar, vocals) returns with a prog-rock opera based on the story of the famous inventor, visionary futurist and electrical/mechanical engineer Nikola Tesla.

Tesla's legacy and adventurous life consisted of many accomplishments, and as the conductor of a series of scientific experiments, with varying degrees of success, Tesla's steps in the world of science are almost second to none. He is probably best remembered as a rival to Thomas Edison's energy beliefs, a feud won by Tesla thanks to his invention of the alternating current generator. In honour of this and many other achievements that still resonate within our modern society, the unity of 'magnetic flux density' was actually named after him, and that's no mean feat.

Giving luminescent shape to the music, one again finds the talents of David Jackson (VDGG) on sax and Jonathan Noyce (ex-Jethro Tull) on bass. Both are complemented by Alex Elena on drums and a trinity of vocalists (Dorie Jackson, Olja Karpova and Laura Piazzai) with whom Cutillo respectively gets to share a duet in Everything Is Light and The Comet And the Dreamer, while Piazzai rounds-off the album on her own.

Seeing the first few names one would expect a continuation of the O.A.K.-sound, but enticingly Cutillo breaks tradition with his former progressive roots in a variety of ways. So much so, that on a first encounter I found it almost unrecognisable as an O.A.K. effort, although favourable elements mindful to Jethro Tull in the flute play and vocal expressions do bring some similarities.

One of these aspects is found in the opening song of side two (track three on the CD), Learn To Run In Your Dreams. Within its bright entrance sparkling with classical atmospheres of Yes, Cutillo's vocal intonations closely resemble those of Ian Anderson, one of Cutillo's greatest sources of inspiration. This joyous vocal style brings a twinkle of sympathetic warmth moments later, which perfectly suites the elegant melodies of sax while waltz-like melodies accelerate from refined festive play into enchanting firework melodies.

Another glorious example is embedded within the various atmospheres of the brilliant Oscillation Alkemy Kreativity, one of the album's highlights. This stunning 7-part composition perfectly shows Cutillo's growth as an artist. He is not to be afraid to try something new and refreshing, while simultaneously keeping one foot firmly on the grounds of his past ventures. 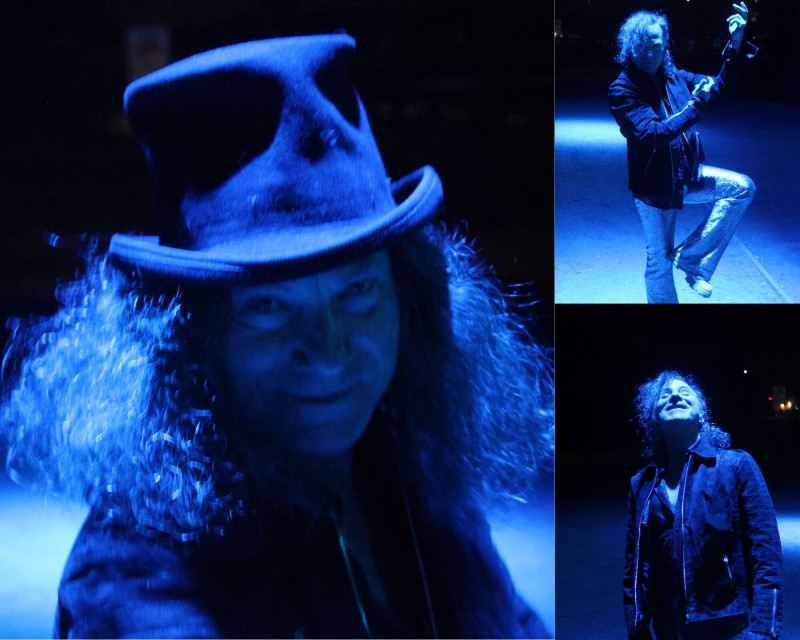 Opening with dreamy impressions of a rainy night in Hypnotic Spiral, it slowly builds up into energetic melodies mindful to Tull's Stormwatch era;a most excellent movement with splendid bass from Noyce. Surprisingly it shortly converges into psychedelic electronic surroundings that oscillate with happiness. A strong beginning to the song, it segues into lively symphonies that alternate with darker passages from which sprightly impressions of symphonic Tantra arise. Thereafter New York City's subtle, layered finesse with classical influences and delightfully inspired E.L.P. refinement is ever-so-touching.

The beautiful crafted White Wings, the third song with definite appeal to Tull fans, soon flies through valleys of symphonic beauty with a mountainous sense of dynamics and rhythm, complimented by strong guitar work and equally vibrant powerful flute escapades. It's a brilliant set-up for the album's grand finale, The Silver Cord, in which melancholy and drama walk hand in hand when Piazzai's soulful vocals reach deep into a lament of gospel.

Falling from one wonderful musical surprise into the next, Lucid Dreaming And The Spectre Of Nikola Tesla is best enjoyed in one linear chronological go from start to finish. With the repeat button pressed upfront; for once finished you want to bathe in its refreshing light once again.

All in all Cutillo's visionary approach in bringing Tesla's story to life has paid of brilliantly and in my opinion this is his best effort so far. It's an album of exquisite beauty and a wonderful showcase towards his steady progression as composer, arranger and musician. Ultimately one that makes me look forward to his next endeavour with high anticipation.