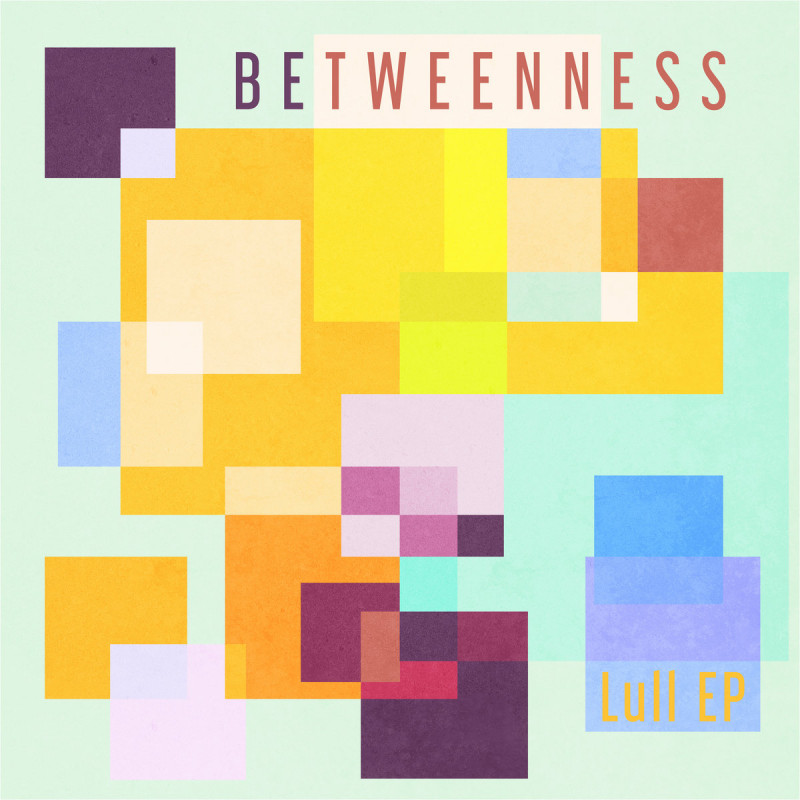 In all honesty, writing about ambient releases for DPRP utterly feels like trying to describe Jackson Pollock's art to the Pre-Raphaelite society. This is exactly my case with Betweenness, a young one-man project sending its cool lights from the Swedish town of Jönköping.

Debuting in 2020 with the Stationary EP (if I did my Bandcamp research homework well) and proceeding with Inch EP in 2021, Betweenness explores ambient textures very close to the works of Brian Eno and the 80s ambient. Also press releases from the project's current label The Magic Movement stress influences from the Blade Runner OST (penned by the late Vangelis, just in case we need to repeat the obvious).

I have not listened to the Blade Runner soundtrack in years, but a brief comparison with Lull shows that although parallels, indeed, can be drawn, Vangelis made his compositions as dramatic as possible within such an abstract genre as ambient is. In comparison Lull seems quite detached and definitely more abstract. Rather than running after a replicant, a listener like myself feels like strolling in an art gallery or sitting in a hi-tech roof-bar. The compositions are breezy, light, but rather unemotional; more suited as background noise.

My usual complaint is that many albums last a bit too long, yet here I find myself lacking playing time to immerse properly in Lull's ambience. Sure thing, I could hit the repeat button, but that would not be quite the same.

Lull is definitely a niche release, pleasant enough, but not ground-breaking. If further releases bring more diversity to the palette of Betweenness, I would gladly follow the project's evolution. 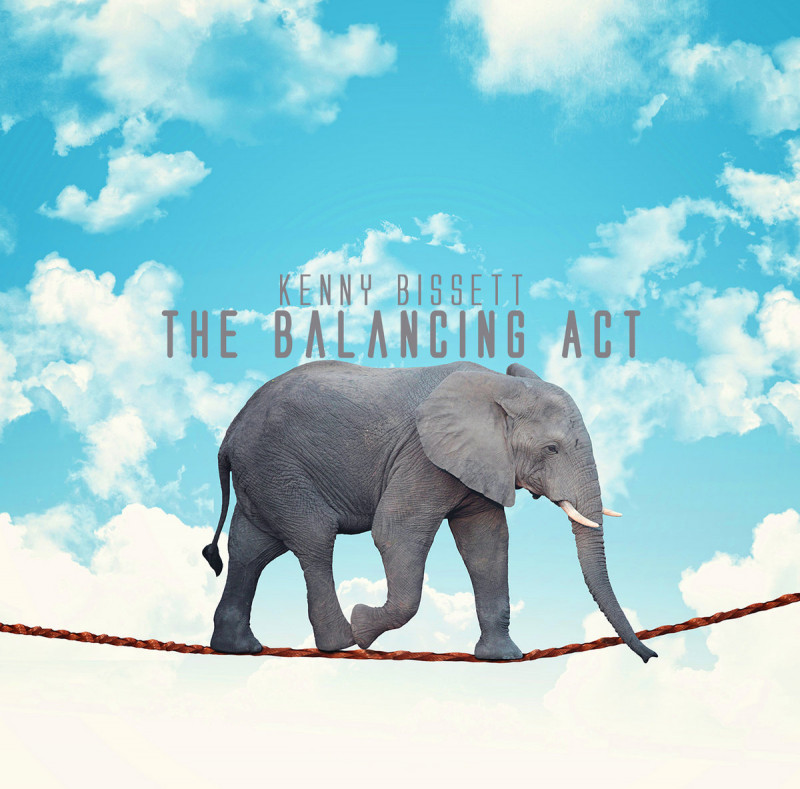 Kenny Bissett isn't a new name here at the DPRP headquarters. After having reviewed his first album Broken Wilderness and also Brave New World from his band Built For The Future, I know what to expect from Kenny: good songs, great sound and overall a nice time listening to his music.

For this record Kenny has done everything on his own once again. He plays all the instruments, performs all the vocals and he has also managed to create and program the drum tracks. Of course, he's producing the album as well. I have to say the result is impressive because the sound in The Balancing Act is great.

According to Kenny the main inspiration for the sound of this album comes from an old Rickenbacker 12-string guitar he has, and was planning to sell until he found a cool riff. A great decision because that Rickenbacker guitar is giving The Balancing Act a unique-sounding flow.

The style of this second album differs from the darker ambience found in Broken Wilderness. Here the songs are more alt-pop/rock oriented. No prog structures or arrangements at all, so let's not talk about progressive rock clichés and let's keep it simple. This is a good, upbeat album with mainly dynamic songs and some soft ones that fit very well into the overall sound. Also, Kenny's vocals seem to be perfect for this kind of music. The lyrics here are also interesting and could reflect the current situation of many people, including me. The main idea behind this balancing act is finding the right balance between those important things in life and those that are not important but are around your life and can't be removed. Kenny says he has spent more time thinking about how the lyrics fit into the songs and he has succeeded in this.

Is it me or Kenny is talking about Kurt Cobain in the song Impostor Syndrome? Even the beginning of the song seems like a tribute to Aneurysm by Nirvana. I guess some prog-heads will have stopped reading this a few lines ago but if you like any kind of music, as I do, I guess you will enjoy The Balancing Act if you find the right time of the day. In my case it's been a very good album to listen to while driving on your own or even while cooking. I suggest you find your own space for it. 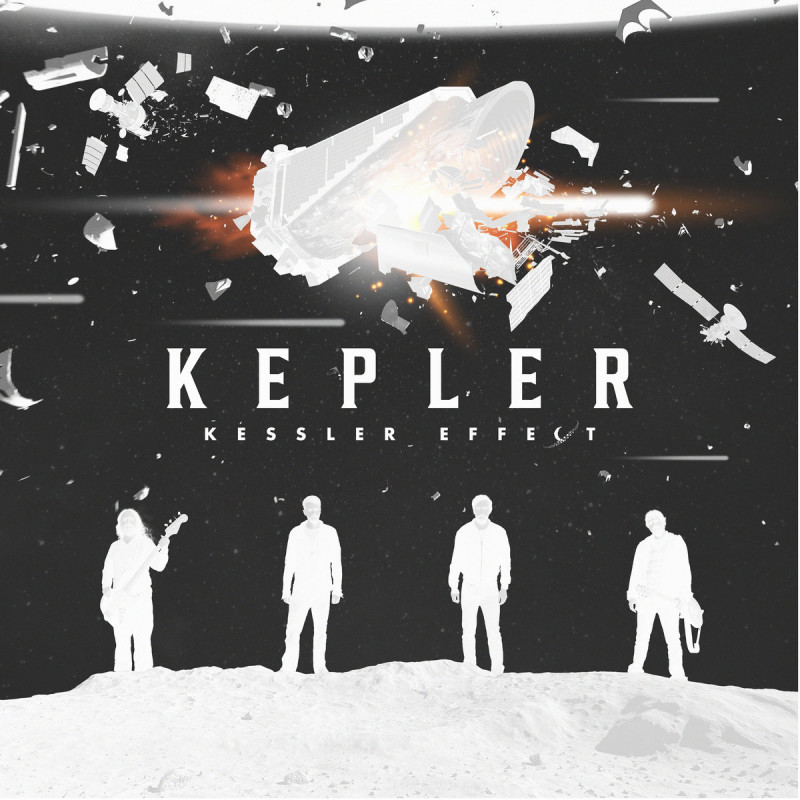 “Geek-words” interlude, dear readers! The Kessler Effect is a phenomenon of littering the near-Earth orbit with space junk to the point when it is no longer suitable for future missions. A rather pessimistic view on the future of the conquest of space. Imagine being locked-up for good on a planet with all those morons around. (Oh, wait! That is our shared reality, right?)

Apart from that, Kessler Effect is the name of a young Irish band, exploring the space themes in their creative field. Keppler is the second EP, released by the band following the debut Collisions two years ago. Their Bandcamp page proposes something “...in a similar vein to that of King Crimson and Dream Theater”. Well, this is probably the most misleading definition, since I was introduced to Porcupine Tree as “Pink Floyd clones”, back on the threshold of the XXI century.

KE bears very few similarities to any of above, so one would really need a telescopic tool to spot them. Essentially the band plays rather simple atmospheric rock (with two beautiful ambient pieces as the opener and closer). The closest analogue I could find in my “lexicon” is Cosmograf and to some extent Steve Thorne. Now, the problem is that neither of the above have ever been high on my prog list, and I can say the same about KE so far as well. This release for me lacks hooks and plainly interesting harmonies. So far the material possesses only a filler quality. Not really bad, as the performance is competent enough, but not outstanding either.

As mentioned above, the ambient pieces were the best that I liked it here. I would like to abstain myself from giving highbrow advice to anyone, and can only wish that the band finds its niche with one of its following releases. 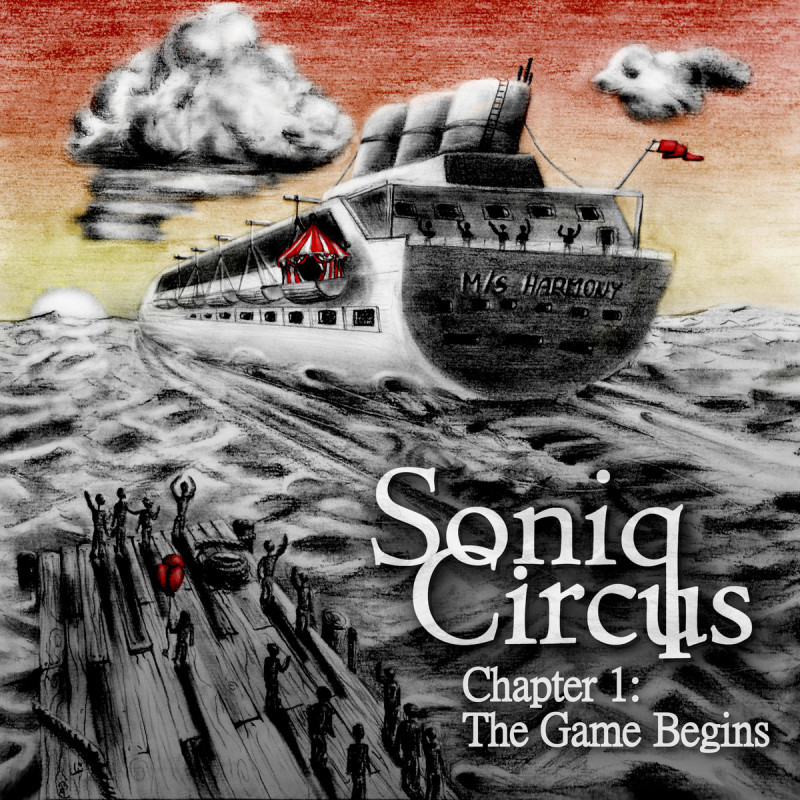 Soniq Circus. Supposedly, a building down the road from the frequent DPRP guests, Soniq Theater. Or maybe not down the road, but on the opposite side of it, since Soniq Theater is mellow, electronic and introspective, whilst Soniq Circus are quite dissonant, hard-edged and extrovert.

It would be a tricky task to draw analogies to this band, but the easiest I could find is experimental grunge rock with Hammonds. Indeed, these Swedes owe a lot to groove / grunge atonal sound of bands like King's X, also deriving influences from their Norwegian neighbours Magic Pie. Perfidious vocal lines above crunchy, thick riffs, supported by fuzzy keys and occasional trumpet. This may sound rather badass and attractive to those progsters in search for something more aggressive than the last Flower Kings or Neal Morse Band releases. Add the intriguing Chapter 1 lure in the album's name, and it is almost guaranteed that the release would not go unnoticed.

But while that description sounds sexy on a webpage, in reality there are drawbacks that prevent me from recommending the album to a larger crowd. The band is clearly experimenting and searching, but unfortunately for me, they are not yet finding anything worthy to plunge my ears into. Or rather, they are search simultaneously in different directions, not really noticing that while they search, the compositions themselves stumble, and any groove is rapidly lost in favour of further experiments and sudden twists in arrangements.

Sure, there are moments in Let the Game Begin, Pt. III and Cold Water, and also the coda to The Quarrel is well-written, but all of the above feels somewhat like flotsam in a sea of rather pointless, high-gain chords and pompous arrangements. Maybe Chapter 2 would send the band's vessel to friendlier currents, and the concept will gain pace. 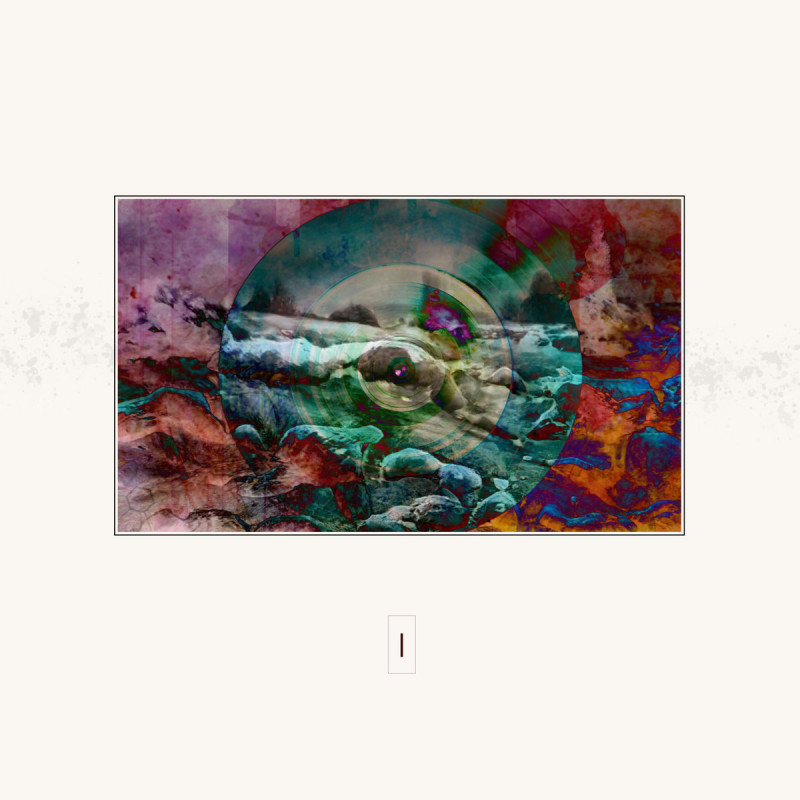 A quick mention for this new Dutch band who beckon deeper investigation for those whose tastes veer towards the more extreme ends of the prog-metal spectrum.

In the band's own words: "The five-piece Subspectral brings chunky riffs, progressive rhythms and ever-changing song structures, but also melody. Modern metal with a progressive touch where experimentation is not shunned, but where it is also allowed to just rock. The band switches effortlessly from hard and heavy to melodic passages, but always with the song in mind." Spot-on!

Subspectral was formed in early 2019 by musicians who had all been playing for a while. This entire debut album was written, recorded and produced by the band during the socially-distanced lockdowns.

The versatile vocals of Joël Oorebeek are the perfect match for the constantly shifting compositions. From deathly growls and barks, to an almost alt-rock clean style, what I really like is that you can actually hear the words that he is singing throughout, which helps to keep a nice consistency and flow to the songs! Overall, an album to be filed under "Challengingly-complex yet pummellingly-accessible". 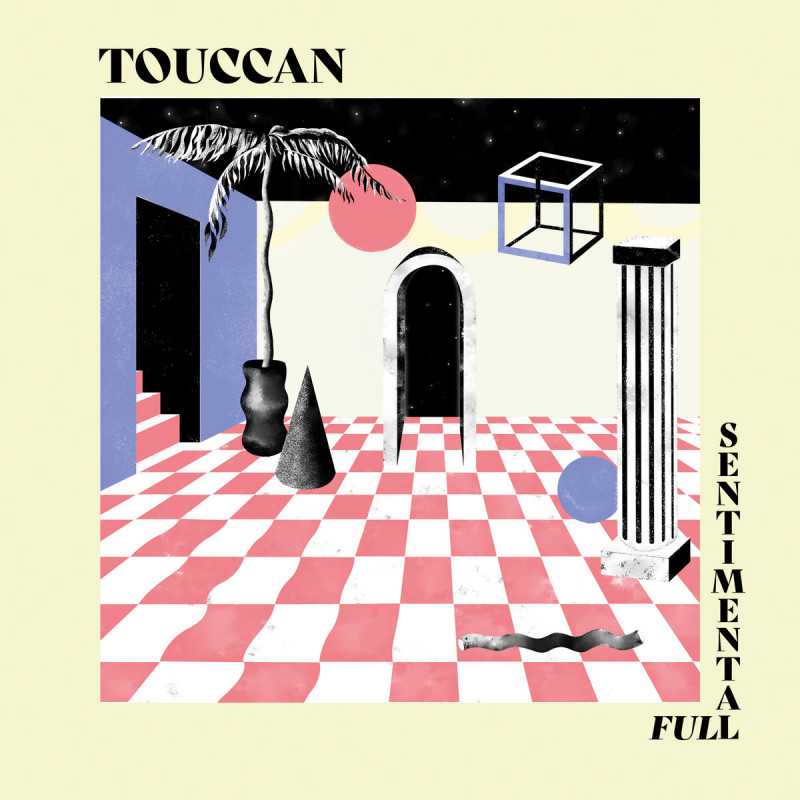 It's already much-too-old news that prog is quite an inclusive genre, welcoming influences from outside like an art student visiting the Louvre for the first time. Well, you ain't seen nothing yet dear readers, because now I am about to perform a death-defying trick of reviewing a post-hardcore album.

Do you know anything about post-hardcore? Neither do I. The closest I got to post-hardcore genre was listening to At The Drive-In, as some of you know, a band having The Mars Volta as a rightful heir. Anyway, this Lyon-based duo dwells on the less extreme side of the genre and cites as direct influences such projects as Chinese Football, Touché Amore and Totorro. (Again, nothing to be proud about, but I don't yet have a clue, who these bands are, and in what ways have they influenced our heroes). And you know what? Not that Full Sentimental is a flawless masterpiece, but I rather liked it. Or at least I had no urge to push the stop button.

The CD is well enough timed, 33 minutes is just enough for the record not to get dull, and it mostly consists of rather inventive interplay the two musicians: Val (drums) and Clo (guitar). Guitars are surprisingly light for the genre, with an almost post-rockish, indie feel. Comparisons with Omar Rodriguez-Lopez's solo career would not be out of place, either. Contrary to your guesses, the guitar lines are not dominated by down-tuned riffs only. Clo, the axeman, widely uses flanger effects, funky strumming, arpeggios and muted staccatos. The drums, instead of constant havoc-wreaking, also perform complex patterns, equally sharing the audio-space.

Of course, the absence of bass, only partially compensated by overdubbed low guitars, has an influence on the sound, making it considerably thinner. On some tracks the duo performs very tightly and sounds persuasive enough the way they are (see the dynamic interlude Фальшфейер or Siistia, damn! they should have made them longer!). On other tracks the repetitiveness of patterns does not serve the music right (see the post-metallic Commandant Coustaud, damn! they should have made it shorter!). Regular fans of the post-hardcore genre would probably love A New Name for Some Old Ways of Thinking or the closing Ningen, with its almost punkish rhythm growing into a rich, epic-sounding coda.

If you love post-rock on its mathematical rather than romantic side, or wonder what would The Mars Volta sound, if Omar grew to love Tortoise, then check out this duo. I know that bassists can be bitter, sarcastic or downright toxic, but let's hope this French duo can find their own special bassist on a white horse to enrich their sound and never be late for soundchecks.