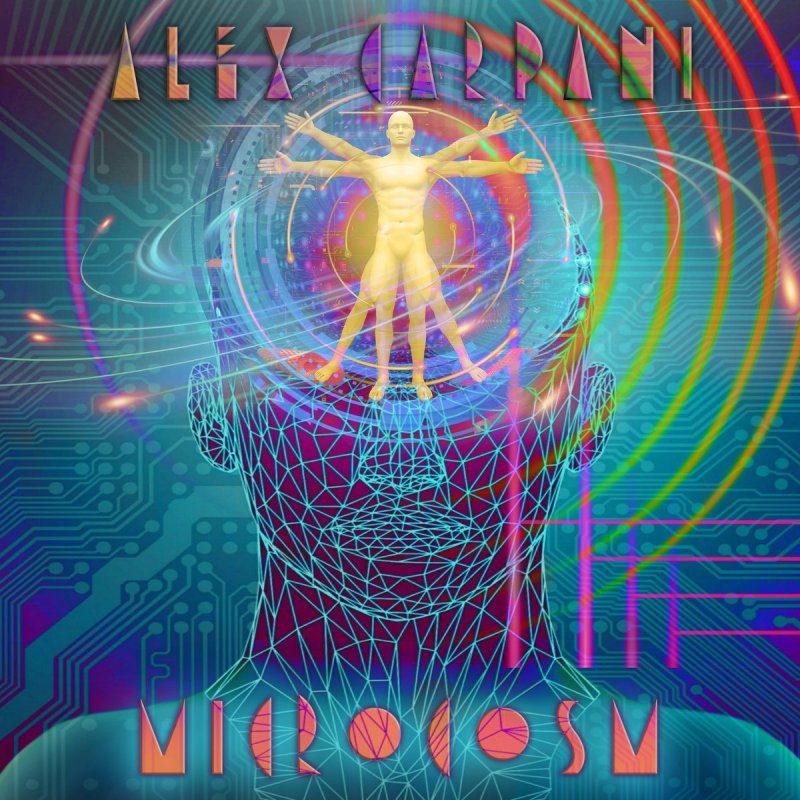 As some may be aware, Alex Carpani is a very versatile multi-instrumentalist who is close to clocking up nearly 2 dozen albums since he kicked off his career in 1999. Although the first part of his catalogue hardly seems to have garnered very much interest, it is the last 6 or so albums that have really shone a light on his talents.

Born in Switzerland but now living in Italy, Alex has been able to tap into the vast depth of talent from his fellow countrymen who have made a considerable contribution to the 12 songs included on the album. Helping out Alex, we have Bruno Farinelli (drums), Andrea Torresani (bass), Davide Rinaldi (guitar), Emiliano Fantuzzi (guitar), David Cross (violin), David Jackson (saxophone, flute), Theo Travis (saxophone) and Jon Davison (lead & backing vocals). Alex is responsible for mellotron, synths, vocals, synth bass, drum loops and electronics.

The first thing I have noticed on this latest outing is the impressive production and general songwriting on display. Alex has certainly evolved as a musician and songwriter as all songs have a very mature and seasoned appeal to them. Although I only have a handful of his latest albums in my collection, his latest is certainly just as, if not more, appealing than 2016's So Close, So Far. It may come a close second also to Waterline (2007) and 2010's The Sanctuary which represent some of his best work to date.

The inclusion of David Cross, Theo Travis and David Jackson certainly gives the music a more polished edge, as those instruments give a jazzier vibe to the songs in which they are featured. Prime Numbers is the perfect example of just that although it is also served by some nice crunchy guitar. Thankfully, Alex's voice is also showing plenty of depth and penetration whether singing a softer ballad type of song or rocking out to heavier sections. This is particularly evident on tracks such as When The Tears Roll Down.

Although the album is bereft of a series of really engaging killer hooks which would totally wrap the listener up, it only misses in that department by a very small degree. I have found myself enjoying the album much more each time it is played so repeated spins will pay dividends. This is a very mature and well produced album that will appeal to those whose tastes are not controlled by anything too predictable or contrived. The variety of songwriting and excellence in the vocal department should ensure continual enjoyment for eons to come.

Best songs for me are We Can't Go Home Tonight, What Once Was, When The Tears Roll Down and Starless which gives the original from King Crimson a run for its money. Also of note is the shorter lengths of the songs compared to Alex's earlier album, 4 Destinies which featured four songs of more epic proportions in the 13-14 minute range. The duration of the songs on his current album are constrained to the 4-5 minute mark and which helps keep the music a lot snappier.

Influences are a little harder to pinpoint but I believe the album would appeal to those who enjoy Glass Hammer, Spock's Beard, Barock Project, Big Big Train, Pendragon, IQ, Marillion, Illuvatar, Little Atlas, Satellite, Salem Hill, Nuova Era, Nick Magnus, Steve Thorne, The Tangent, Kaipa or even The Flower Kings. Another solid effort and one I am certainly keen to keep on playing. 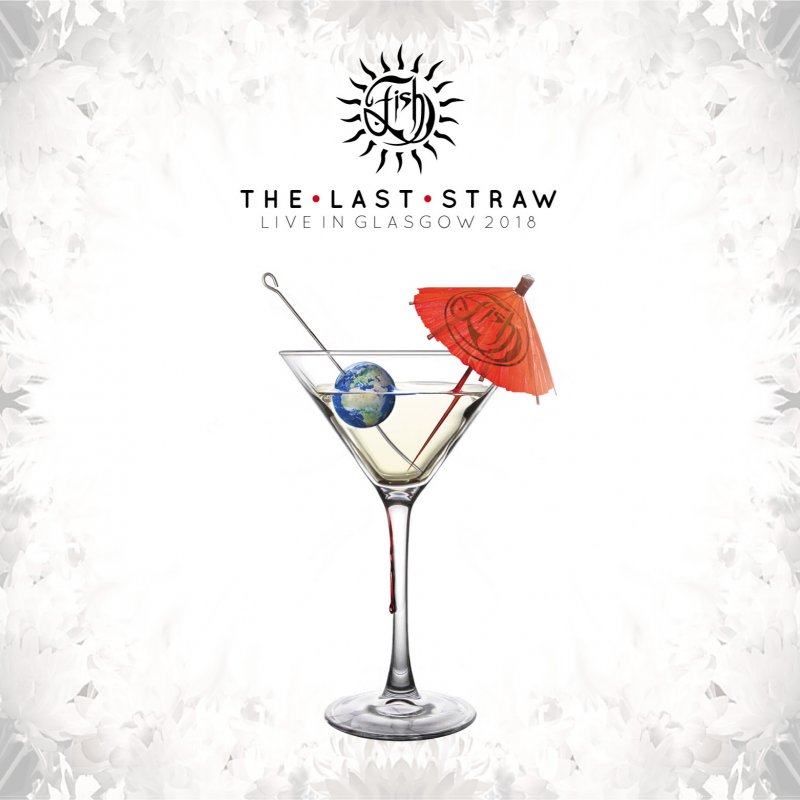 Although it will be a sad day when Fish gets off the stage one last time, I'm confident Derek Dick will keep himself busy and creative in his autumn years, either as a charismatic character actor or as a gritty novelist. I can't wait to read his autobiography when it sees the light of day. That's why I perceive his latter musical endeavors to have more a ring of celebration than that of a farewell.

That is precisely what's in store for the listener on this aptly titled and nicely packaged live recording: a celebration of one of the Scotsman's illustrious career pinnacles, and if you ask me THE pinnacle, the memorable Clutching At Straws, a landmark in 80's music. The main character Torch's tribulations get a full airing, albeit with an altered sequence to accommodate the dramatic curve of a live show. the adjusted running order is remarkably effective; you can't go wrong opening a show with Slàinte Mhath, closing it with Incommunicado and even throwing the brilliant B-side Tux On into the mix to give it all a welcome sense of completeness.

The setlist also honors the then freshly released A Parley with Angels EP, a sort of prelude to Fish's celebrated final burst Weltschmerz; and even though nothing on it could possibly compete with the likes of Sugar Mice or White Russian, there's still plenty of excellent material to be savoured here, including the classic in the making Waverley Steps and the surprisingly catchy Man With A Stick.

Fish, with a little help from backing singer Doris Brendel, is in fine form all things considered. And his touring band of seasoned veterans which includes such dependable regulars as Steve Vantsis on bass or Robin Boult on guitars are on similar form. The sound is full and crisp, even though these days professionalism and efficiency have taken over 'that certain something' Marillion have always had to them. In any case, an enjoyable souvenir and a perfect companion piece to 2020's A Fish In The Lemon Tree.

"Take care, stay alive!" says the big man, and what better words to send us off. 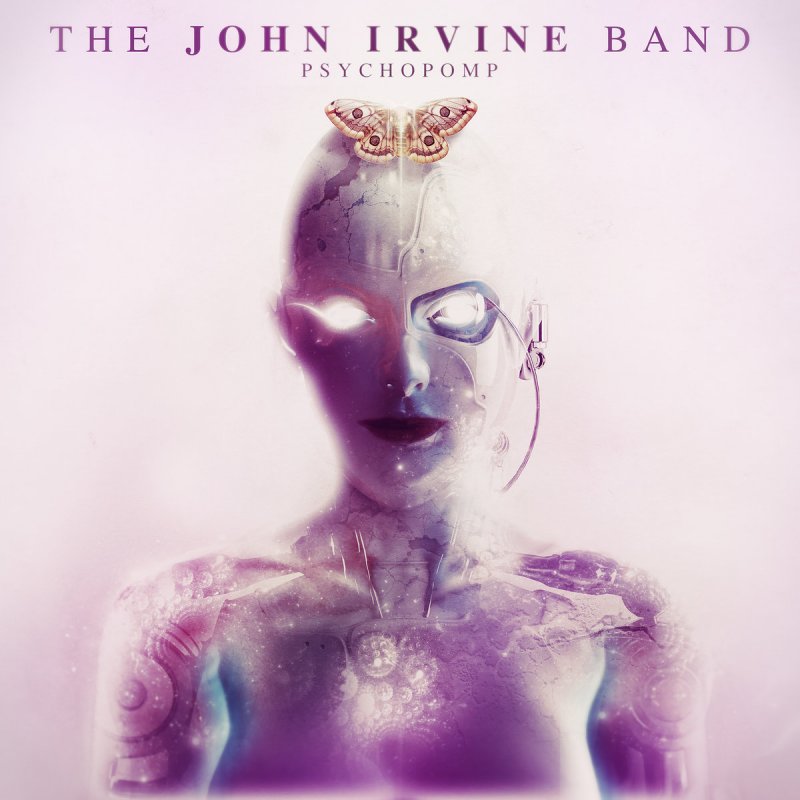 It never ceases to amaze me that, despite owning a pretty decently sized collection of progressive rock and jazz-fusion music, I still manage to discover bands or artists whose music I had never heard before. Such is the case with John Irvine, a multi instrumentalist from UK who has released 5 excellent albums since 2011.

2022 sees the release of yet another worthwhile, wholly instrumental album full of self penned tracks that really pay homage to the greatest talents in the business. By that I include Allan Holdsworth, John Schofield, Gary Burton, Bill Connors, Weather Report, Jan Garbarek, Pat Metheny and Lyall Mays, all of whom have been a major influence in John's playing and songwriting during the last 4 decades. From a personal perspective, if I didn't hear an influence from one of the fore mentioned people on one song, I am more than likely going to experience it on one of the next few tracks. Having said that however, the influence of Allan Holdsworth is very much in evidence as he is one musician whose output resides in my house in its entirety. I don't think there would be too many titles of Allan's that I don't have. If you like Allan's music, this will be right up yer cul-de-sac!

John is able to very capably extract from his musical bag of tricks all the subtle sounds, effects and samples that give him this signature sound. He uses a plethora of equipment including a Kramer 84 electric guitar that emits such an amazing sound, especially in the hands of a dexterous and adventurous player such as John. Also on hand is a Yamaha DG Stomp which is the main source of his sound. It was developed by Allan Holdsworth in conjunction with Yamaha with the bonus of some patches being added by Frank Gambale who is an excellent fusion guitarist from the Antipodes. For the synth - like guitar sound he uses a Donner Harmonic Square pedal which produces plenty of power and variety. Finally, to record everything through his system he uses a Motu Digital Performer Daw that now sees 25 years of reliable service.

I believe that John is the sole songwriter for the band which only requires the services of a fully fledged drummer to complete the musical requirements. John plays all guitars, keyboards and bass so the extent and power of the bands output is really quite impressive.

The album contains 3 longish tracks with a handful of shorter tracks in the 4-5 minute range. Irrespective of which songs you play, they all take some considerable time to absorb as there is much musical activity to digest and comprehend. I must have played this CD at least 6 times before it all gelled properly so don't expect an immediate familiarity with the music after a single spin.

I am going to include another possible influence which I detect but I may be wrong as it is possible this musician is unknown to John. Many years ago I was sent a disc to review by Scott Jones called Freedom and which was incredibly well written. The main influences I found on that album was Scott Henderson (Tribal Tech) and Chick Corea so perhaps there may be an indirect correlation with some musical ideas adopted by John on his latest album. I have not heard his earlier work but based upon what I have enjoyed so far will probably rectify that and search for his earlier works which understandably rate very well.

I'm not going to elaborate with song by song commentary but you can take it to the bank that this album is full of extremely well written and fluidly played songs that should find favour with most jazz fusion fans who enjoy the style of the fore mentioned players. It really is a great album to sink your teeth into and enjoy all the grittier bits with the calmer and softer passages that permeate throughout. A really nice effort John and highly recommended! 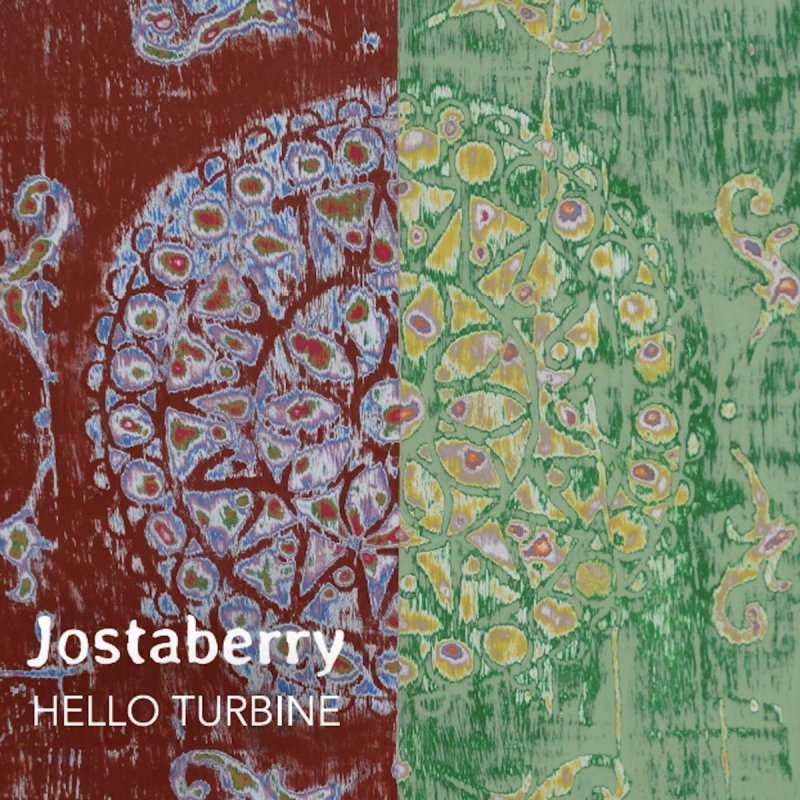 Behind the vibrant positively charged eclectic art-rock of Jostaberry one finds American multi-instrumentalist Bruce Hamilton, apparent owner of deluxe time warping devices. No such thing exists obviously, but once the opener Roots jump-starts into a Yesterday atmosphere that breathes The Beatles, and shortly after awakens images of Yes. All supported by playful summery melodies that bring joy and luscious fun, it's hard to resist picturesque visions of yellow submarines and bright coloured sceneries projected in ones mind.

The magical mystery trip continues with B12 Dreams (22-edo) which unexpectedly materialises in sonically resounding 80s grooviness with futuristic Spirit psychedelics. It is followed by Living With It's proto psychedelic eclectic synth pop, where sound richness and distorted guitar brings a colourful amalgamation whereby Willy Wonka meets Kaptain Kopter flashes. A similar stunning eclectic expression, only short of Oompa Loompa's, is found in Connecting, which next to raving house beats adds radiant ABWH cheerfulness while rays of Tyler Kamen goofiness and Marcel Singor extravagance on guitars adds quirk, strangeness and charm to this superb song.

No clear path is detectable, apart from that of unbridled musical surprise, Jostaberry's anomalies then bewilderingly travel into lanes of Syd Barrett's Pink Floyd with The New Savannah. Once again it shows a lush Spirit feel while supplemental atonal weirdness throws a surprising curveball. In altered form this magic ball squeezes drops onto a rainbow coloured pedestrian crossing that magically appears in front of me during Tree Line as it reminisces on John Lennon and The Beatles through its sensitive melodies and melancholic vocals.

Planet keeps the creative juices flowing aplenty with immaculate arrangements and a bubblicious wealth of swirling synth flows and Moog. These morph into multi-layered structures and catchy melodies elegantly shielded under the steel umbrella of mild Saga pleasantries. The synth poppy atmospheres of 6 Or 7 Miles After finally fuses bright and shiny ABWH-like inventiveness with a multiverse of attractively adventurous concatenations reminiscent of Victor Go and marks a fantastic ending to a delightfully entertaining, ravishingly bonkers and ultimately fun album.

Captured in a modern sound with a twist of originality, Jostaberry's Hello Turbine is a whooshing effort and fans of the psychedelic 70s, Prins Obi and those in flavour of eclectically wrapped Jelly Beans filled with the tangy sweetness of prog musicality should pick up on this.