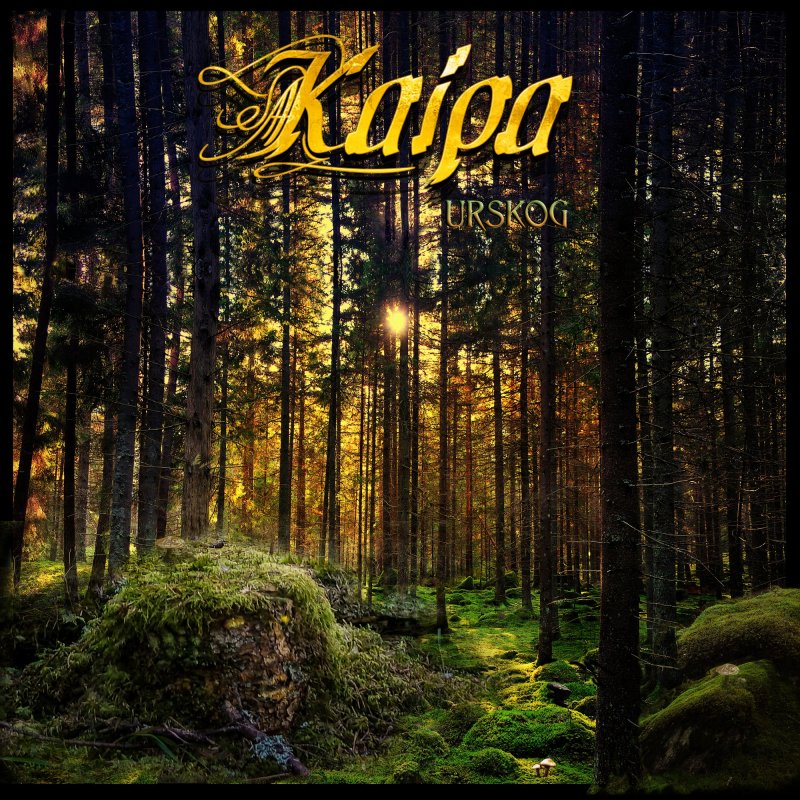 Kaipa are a band that many progressive rock fans should know as they have a very creditable lineage going back to their origins from 1973. Apart from a few average albums released in the early 80s, the remainder of their output has been very well received and rated accordingly.

Being comfortable listening to much of the great music that has emanated from Sweden over many decades, it stands to reason that I would jump on board much of the output from this region. And so it is with Karmakanic, 3rd World Electric, Agents of Mercy and Swedish Family, whose music I have happily absorbed along with U.S.A. mates, Transatlantic and to a lesser degree The Tangent from the UK. Many of the members of all of these bands have collaborated in some way to a smorgasbord of side projects their fellow musicians have been involved in.

Witness the output from Jonas Reingold, who happily adds his muscular bass work to an assortment of other projects. He has been a very busy guy, and for good reason. He is a superb bass player and in high demand to fill a variety of roles as required. Here he is again supported by long-time Kapia members, Hans Lundin (keyboards, vocals), Per Nilsson (guitars), Patrik Lundström (vocals) and Aleena Gibson (vocals). Long-time stick master Morgan Agren has been replaced recently by Darby Todd, who fills the shoes of his predecessor admirably. Elin Rubinsztein adds expressive and subtle violin, while Olof Åslund adds a few sections of tasty saxophone.

Understandably, it's hard not to acknowledge that the band has definitive roots to The Flower Kings, as Roine Stolt was a member of Kaipa from 1974 to 1979 and again from 2000 to 2005. Even though he hasn't been with the band for over a decade, the tell-tale signs of long epic songs that permeate many of The Flower Kings albums are also present on Kaipa's latest offering.

That is one admirable element that is consistent with just about all of Kaipa's albums. You get a smattering of long; epic songs along with other shorter songs that simply add strength to each album. As expected, Urskag has two epic tracks that each clock in at well over 15 minutes. They are suitably accompanied by four other well-executed songs in the 6-10 minute range.

Herein lies the beauty of many Swedish bands as they fill your ears with a stunning variety of music that gently wafts through your brain and reminds you of the undeniable talent on show. Kaipa is no different, as their songs are filled with many up-beat, melodic and adventurous concepts that are always a delight to hear. Although I am not hearing anything exceptionally different to what I have heard from this band before, I am comfortable with that fact, and liken this latest album to The Flower Kings, By Royal Decree. That album also possesses a strong degree of accessibility and instant gratification.

The Frozen Dead Of The Night is the "piece-de-resistance" here, as it sets the theme for other songs to follow. It encompasses so much of what progressive rock is about with long instrumental passages, wailing lead guitar sections, harmonious vocals at every turn, and some great keyboard work that really carries a punch. At almost 19 minutes in duration, it has all the hallmarks of a classic song that would not be out of place on a Flower Kings album. The undeniable strength of the vocals lies with the harmonious unison between Hans, Patrick and Aleena who give so much to this song. It is very adventurous but also achieves its goal of taking you on a fantastic musical odyssey and returning you back totally drained. Wow!

The same could be said for the second track, In A World Of Pines which to me gives the illusion of being the shorter, younger brother of the opening track. It is also a fine piece of music, following in a similar direction, yet with a shorter time-span.

Urskog starts in a more melancholic fashion but also develops into a continuation of the first three songs. At this point I am feeling that each song is an additional chapter, partially derived from the one preceding it, yet still holding its own in terms of originality and depth. Wilderness Excursion contains some punchy bass while the final two songs feature some lengthy and worthwhile guitar breaks and synth sections which also add bite. The violin intro and further pieces from Elin on the track, In The Wastelands Of My Mind is one of the best I have heard for a while and has that instantly-enjoyable Kansas connection. I would like to have heard more from her, as her input is quite sublime.

As much as I am enjoying hearing yet another album from these musical supremos, I feel each song is only slightly different from the one before. That is not a bad thing as the songs stand up well in their own right but collectively, I am feeling some more imagination might be needed to really make a decent album into an exceptional one. I haven't really heard that level of brilliance from Kaipa since their first three, arguably their best albums, but I can keep hoping. Urskog is a credible effort none-the-less and worthy of your attention.

It seems it was just yesterday when Kaipa released their comeback album Notes From The Past; yet here we are 20 years and eight more albums later. I will admit that I lost track of them after 2005's Mindrevolutions, which I remember being quite a disappointment coming on the heels of 2003's rather appealing Keyholder.

Back then Roine Stolt was still a member, and this new iteration of Hans Lundin's brainchild was still probably perceived as some kind of Flower Kings offshoot. Stolt has long since been replaced by Per Nilsson, and the band has established a personality of their own, mostly grounded in a combination of Lundin's trademark keyboards and the blend of Patrik Lundström's and Aleena Gibson's distinctive vocal identities (more on that later). Lest we forget, there is also a stellar rhythm section commanded by bass-boss Jonas Reingold and new drummer Darby Todd.

Todd's addition to the line-up may well be one of the defining aspects of this release, as his style, which can also be appreciated in Frost's excellent Day And Age, hits definitely harder and louder than that of his illustrious predecessor Morgan Ågren, who lent Kaipa a looser feel. Subsequently, many passages are noticeably more intense than in the past, and it's no coincidence these also are the most interesting in Urskog. A case in point is the instrumental Wilderness Excursion, a dynamic nine minutes with acrobatics aplenty which leans towards prog-metal in its darkest, fiercest movements.

This vigorous approach also works wonders on final track, The Bitter Setting Sun, an excellent 15 minutes encapsulating all that Kaipa does best. This is namely some extended, ever-shifting, jazzy/symphonic passages with breezy vocal sections interspersed here and there, this time with an extra oomph thanks to some serious groove and Olof Åslund's tasty saxophone. Worth mentioning is also the title track. By Kaipa standards this is a quirky little piece, which makes very good use of the ensemble vocals and somehow manages to evoke the arboreous atmosphere that the album aspires to convey.

Elin Rubinsztein's violin lifts In the Wastelands of my Mind slightly above the now somewhat predictable Kaipa standards, but elsewhere in Urskog there's not much that we haven't heard in the band's discography before. Both The Frozen Dead Of Night and In A World Of Pines being representative in regard of some overstretched instrumental passages and acquired-taste vocals for you. Unfortunately this has been an occurrence in Kaipa's music many times before, as 19-minute, overblown epics could have been easily trimmed down to 12-minute powerhouses and Patrik's and Aleena's solo vocals can end up being slightly irksome.

Urskog doesn't fully address all these hindrances and plays it safe for most of its length, but also possesses a good quotient of entertainment value and plenty of flash to satisfy the prog community. Perhaps a bit more variety next time? 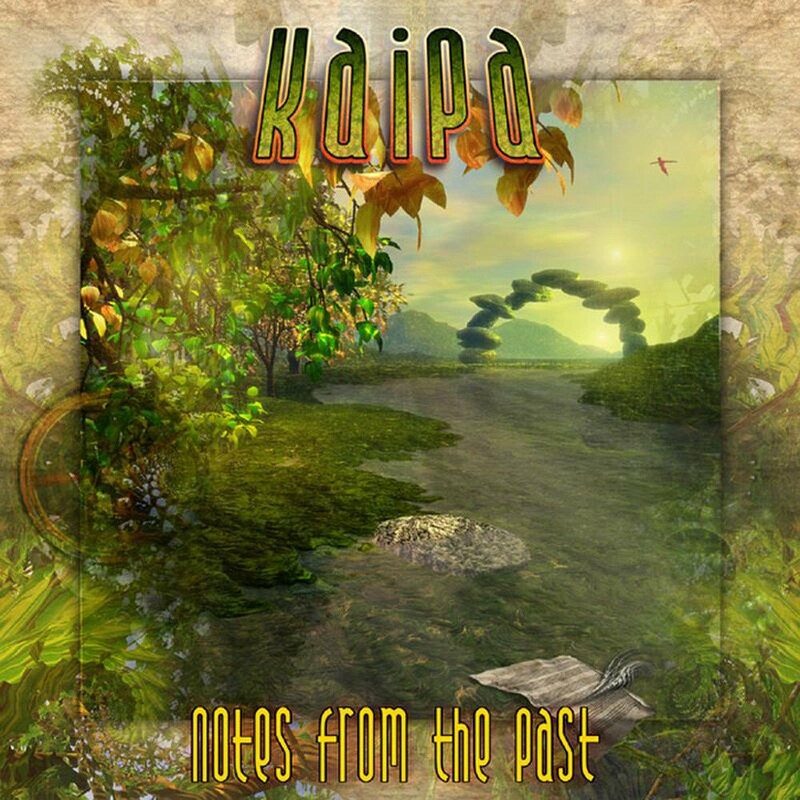 Notes From The Past 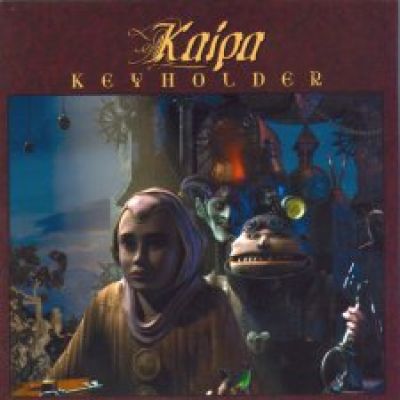 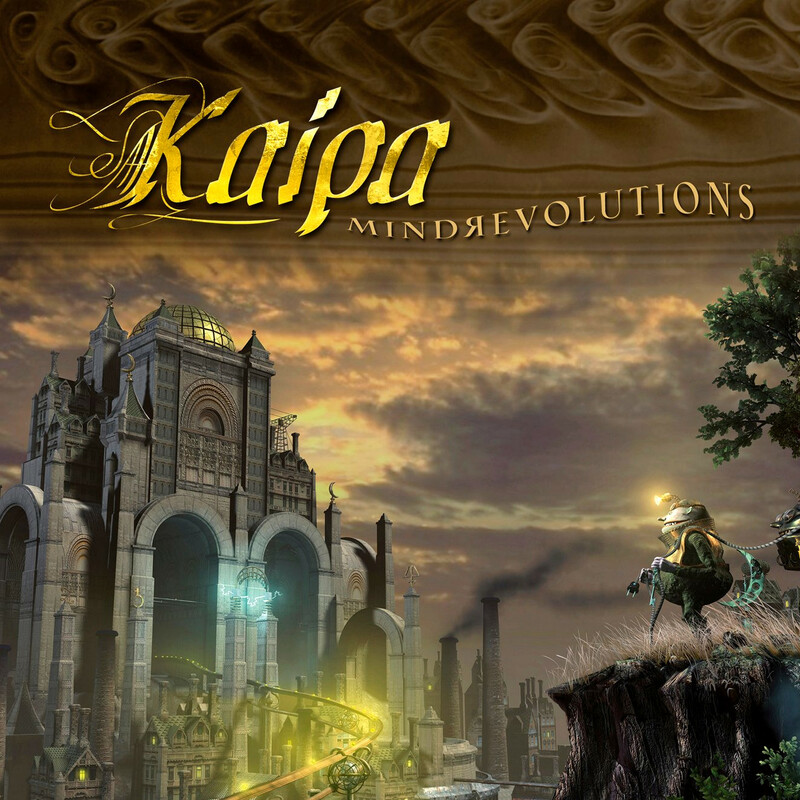 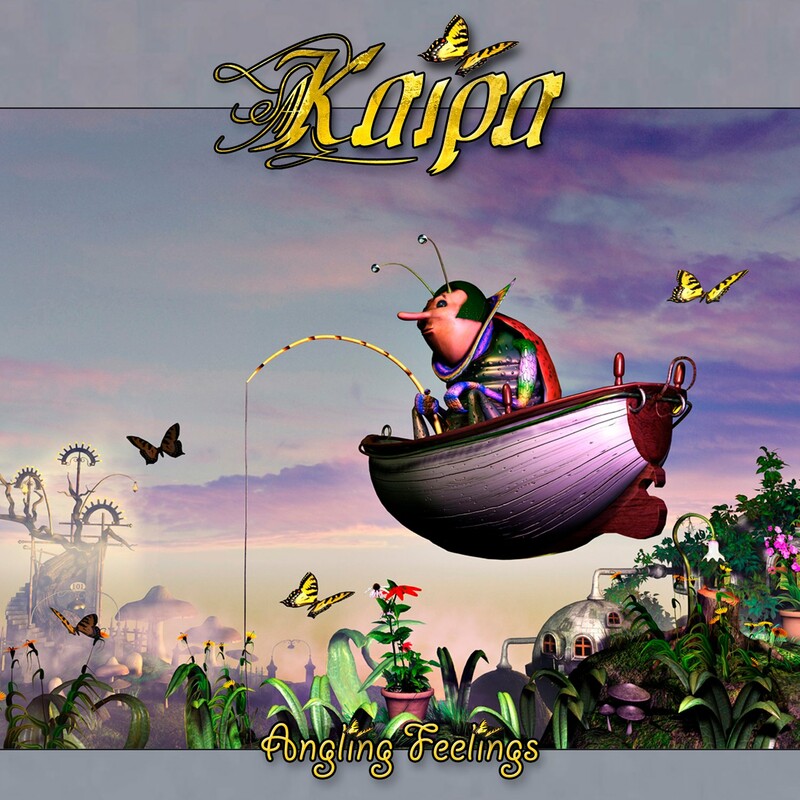 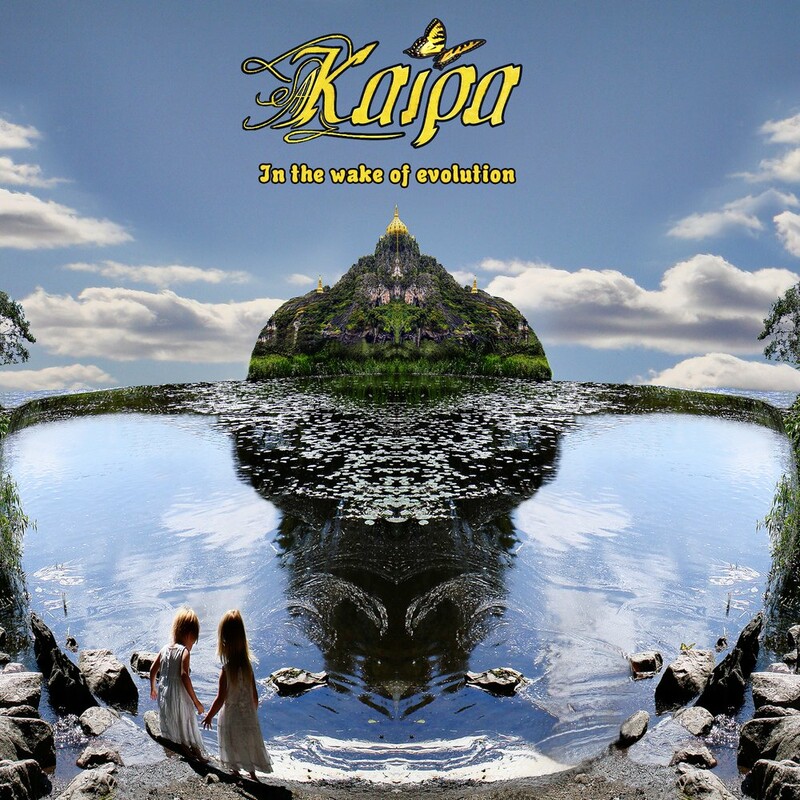 In The Wake Of Evolution 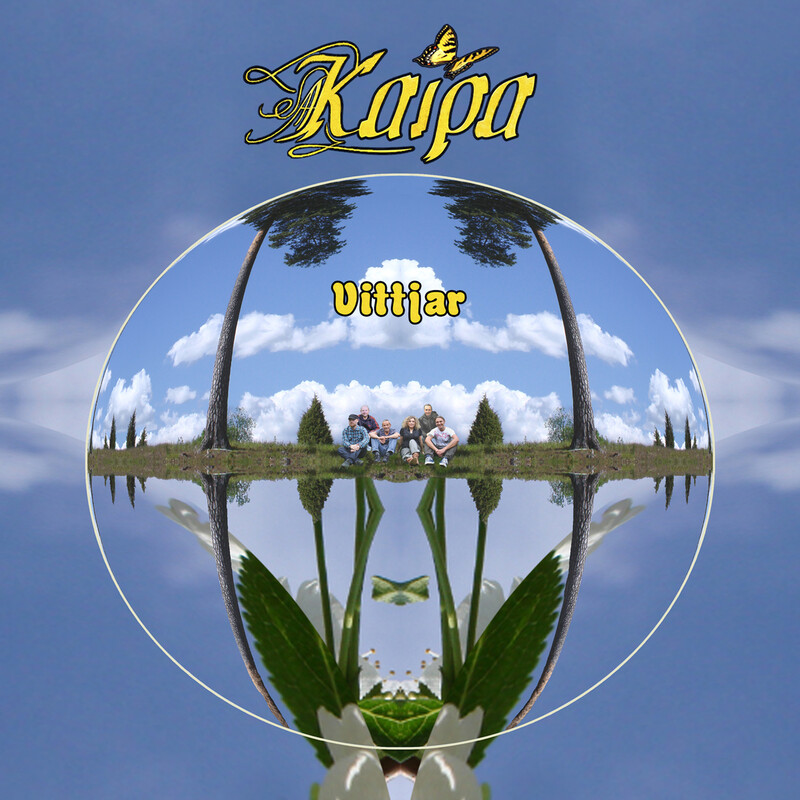 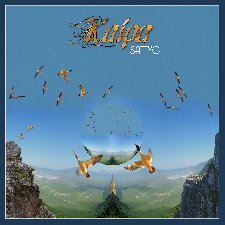 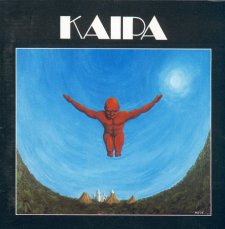 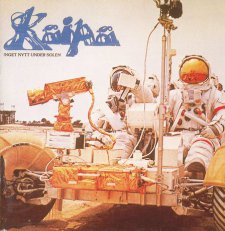 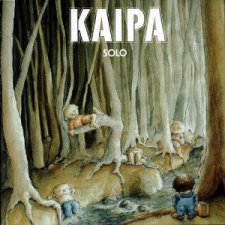 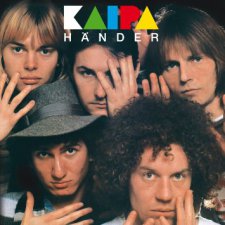 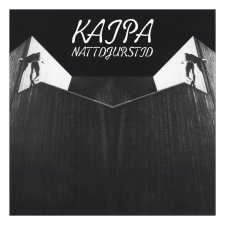 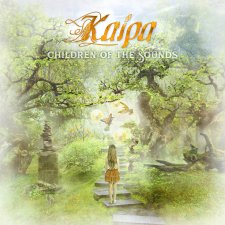 Children Of The Sounds