Anatomy of I — The Los(t) Angered Sessions 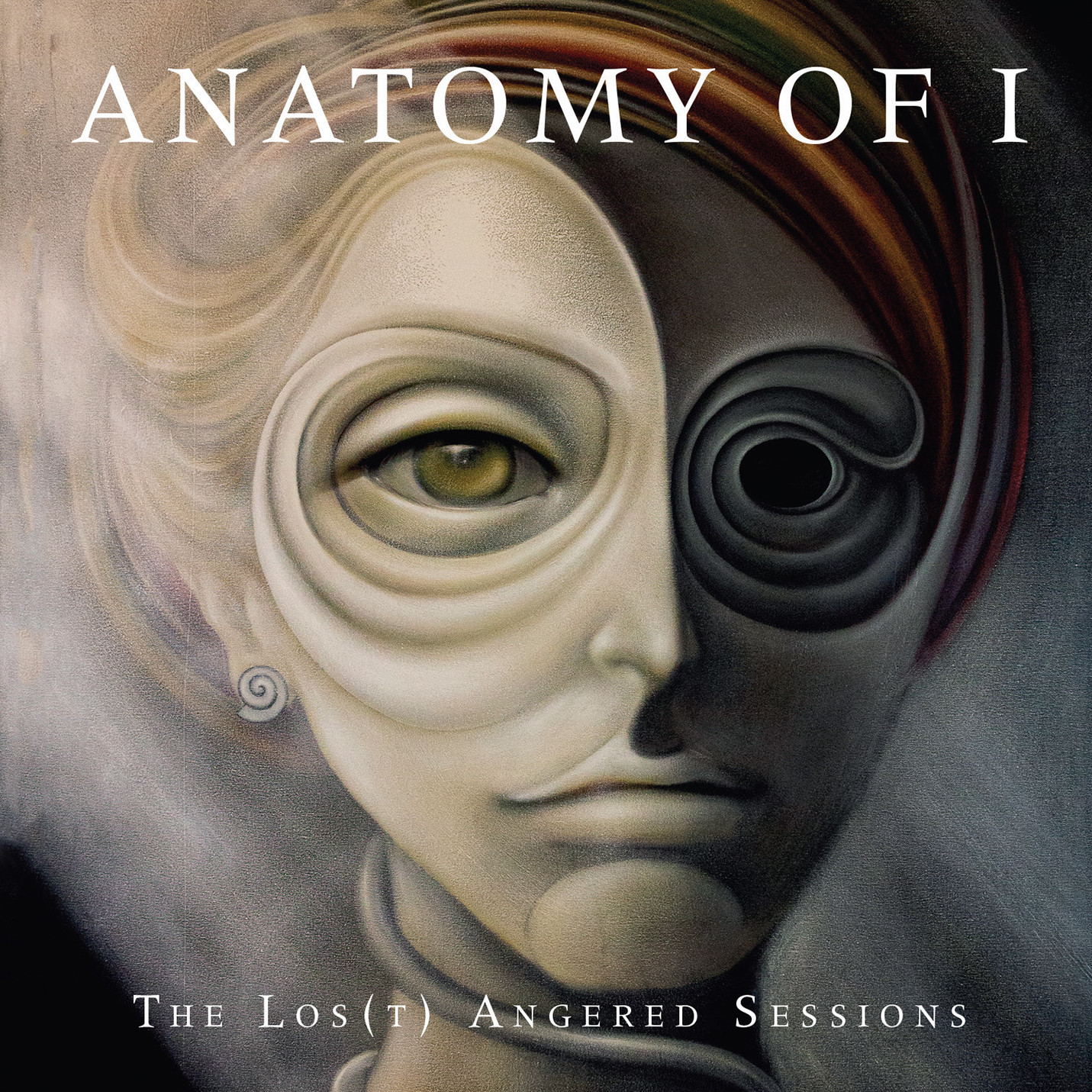 Anatomy of I, have been around since 2009 having formed in the Netherlands through a joined-up love of everything from 70s jazz, to thrash and death metal. Having recently re-released the 10th anniversary edition of their debut album Substratum Unearthed (originally just Substratum), they have now followed this with their true debut which was never released to the public: The Los(t) Angered Sessions.

Wasting no time, Drowning comes in with thrash riffs and drums and harsh scream/growls. It is clear that speed and aggression is the ticket for this album as it doesn't let up from there. Melodic hooks and riffs are strewn across every song, with pinch harmonics dotted for added flavour. It is a sound similar to the likes of Exodus or some of Megadeth's earlier stuff, but with a more death metal edge to it. The album manages to bring together a decent mix of the two aspects to create a familiar, but also individual feel.

The tracks carry on with this fast and heavy riffing, occasionally slowing down, but keeping the distortion front and centre. Technical rhythms and harmonics are layered over the impressive bass and drum work to craft a call-back to when death and thrash were gaining prominence. The Bay Area thrash vibe is especially present here but bringing those days forward to meet with modern production and writing.

However, I must confess that this album did not do it for me. While I can't find an actual fault with it, the songs are well written, the musicianship is fantastic, the vocals are on point, it just didn't grip me, except for the more melo-death number The End of Eternity.

I feel that the songs are generally too similar in their execution. They don't flow into each other with changing passages and atmospherics. But then again I was only a casual listener and fan of the thrashier elements of metal and I am confident if a fan of the genre was to write this in my place, they would have kinder words to say.

All in all, not a bad album but I would have maybe preferred it as an EP rather than nearly an hour of it. However, if you're a fan of thrash such as Carcass, Megadeth (pre-Rust in Peace), Testament or Annihilator, then go give it a listen, you'll possibly love it. 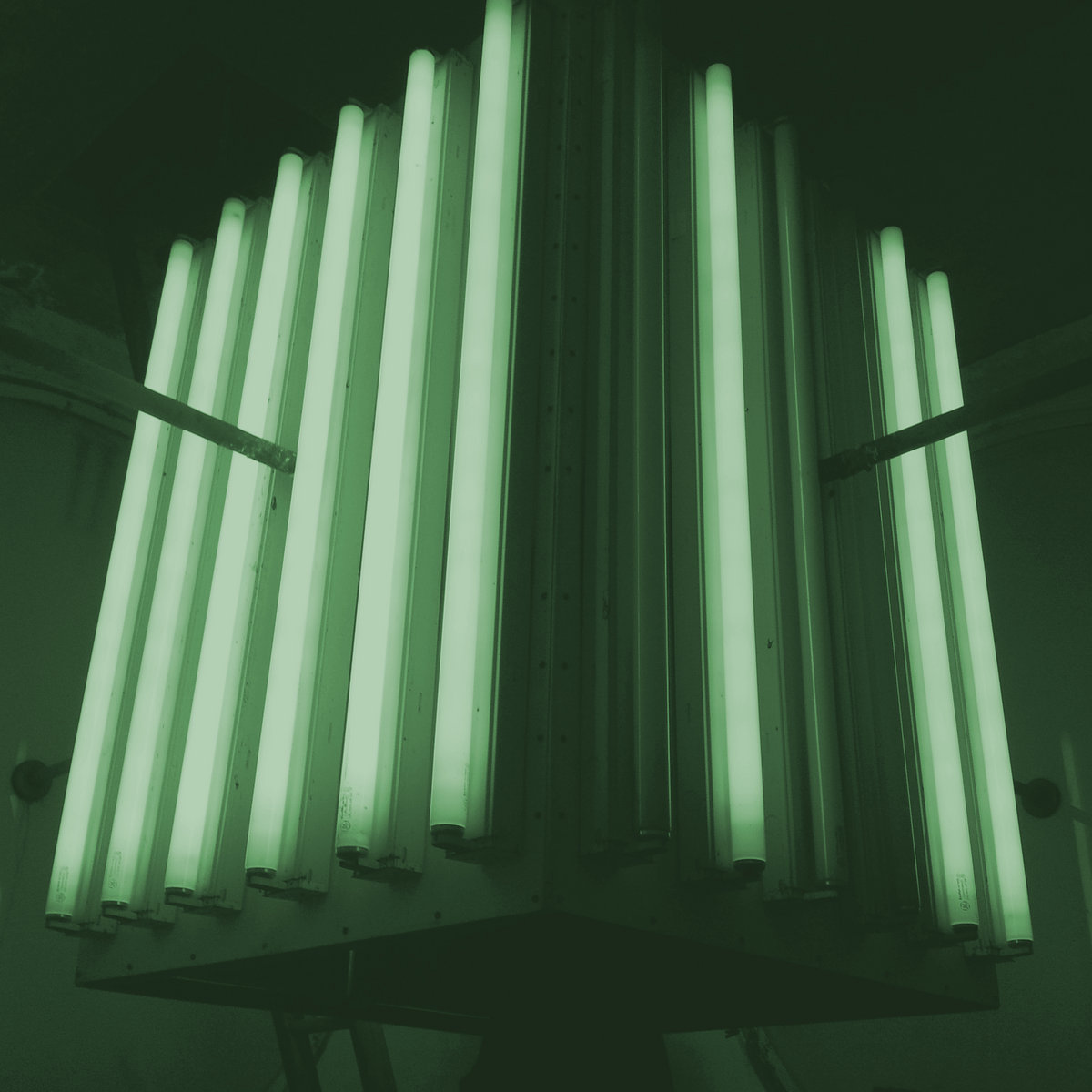 How many men does it take to record an album with 48 different instruments? Whilst you count and contemplate whether 48 instruments are more or less than a symphonic orchestra, the answer in relation to the Canada-based Glaswegians project is: one!

Michael Elder, supported here and there by his brother Jordan behind the drum kit, employed an impressive set of instruments to record his fourth album. Everything from traditional guitars and bass to glockenspiel and otamatone can be heard here. Do you even know what an otamatone looks like? I have no clue. Is there a cowbell? Of course, there is! Does Quatenary actually need more cowbell? Tough question, and here's why.

Four long tracks make-up this album, clocking at 60-plus minutes, and of course records like Incantations and Topographic Ocean are brought to mind. Even if the music is quite different from the British mammoths, there is more than one valid parallel; mostly major scales, long, slowly-unravelling arrangements, nods to world music and dreamy, sunlit haze impression.

It would be safe to say that Glaswegians' influences are much-much broader than just classic prog. The way the compositions are structured is not dissimilar to late 90s post-rock, the arrangements have a lot of common with world rockers like Tuatara, The Hylozoists and even Calexico, and the instrumental palette is, as mentioned, Tubular Bells-wide. I can even hear bits of bluegrass, psychedelia and Ozric Tentacles-styled groove.

The third track, Handedness, has very distinct nods to chamber music and RIO, but still does not fall completely into dodecaphonic labyrinths. Michael's use of instruments, just like Oldfield, goes to show his compositional design skills rather than a virtuoso musicianship. Of course, one simply cannot master 48 instruments for perfection to record an album. Hence, answering the question above: cowbell is employed only when Michael really thinks that it's appropriate.

This is a good record in a very quiet, almost “connoisseurs-only” niche and it shall probably excite experienced music lovers with refined taste. Mainstream-prog audiences may find this record too long and meditative, but after repeated listens I am humbly joining the former category with praises to Michael's efforts.

Ooops, I just forgot to tell you something: a symphonic orchestra has around 30 different instruments only. Which sort of settles the final score - Michael: 1, Orchestra: 0. 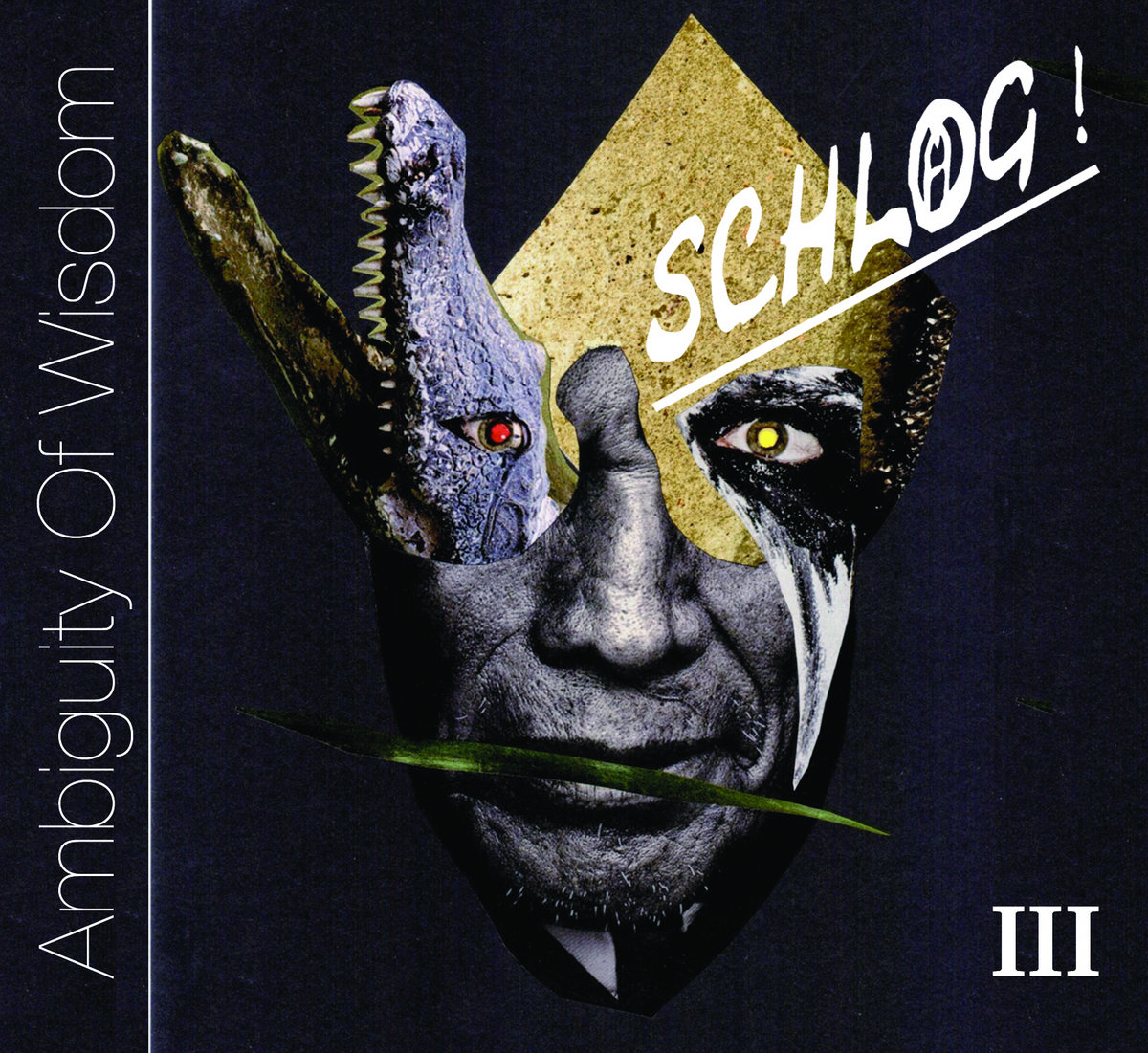 So another album from 2021 ... and another one not easy to classify. You artists like to make us reviewers have to rack our brains in search of new and original names for your music, eh? You like combining different styles, and mix them so well that we can only name the ingredients: krautrock, afrobeat, tribal, space rock. I'm sure you artists have fun while reading some reviewers trying to describe your music and message.

Well, this time, Schl@g! won't get any of that in this review. You know why? Because I simply don't know how to describe or analyse or categorise the music in this Ambiguity Of Wisdom from a music reviewer point of view. I know we have published hundreds of complicated reviews here, describing complex music, weird tempos and even spoken albums, but this time I don't know how to do it and on top of that, I don't want to.

So I'm only going to say a few things from a simple listener perspective. I like this album. Why? Because it's an entertaining listen, but not from the funny side of the music since the whole atmosphere here is dark. The songs have some mystical groove that invites you to move, as in a shamanic dance so don't put this album on at a party; this album is for oneself.

I haven't listened to enough music like this, so I can't make many comparisons but one album that I really enjoyed that could be be related is the brilliant 1 Giant Leap self-titled debut, released 20 years ago. I can only recommend that one. Schl@g! is darker and it does not feature well-known artists collaborating, but it has Dirk Schloemer and Carsten Agthe doing a great job and showing their abilities playing a wide range of instruments.

I guess my review has shed no light for those wanting to know how this Ambiguity Of Wisdom sounds and that's great news because my only intention was to encourage you to go and listen to this album by yourself. You will have to open your mind but the effort will be worth it. A good album that I'm sure I will soon listen to again. 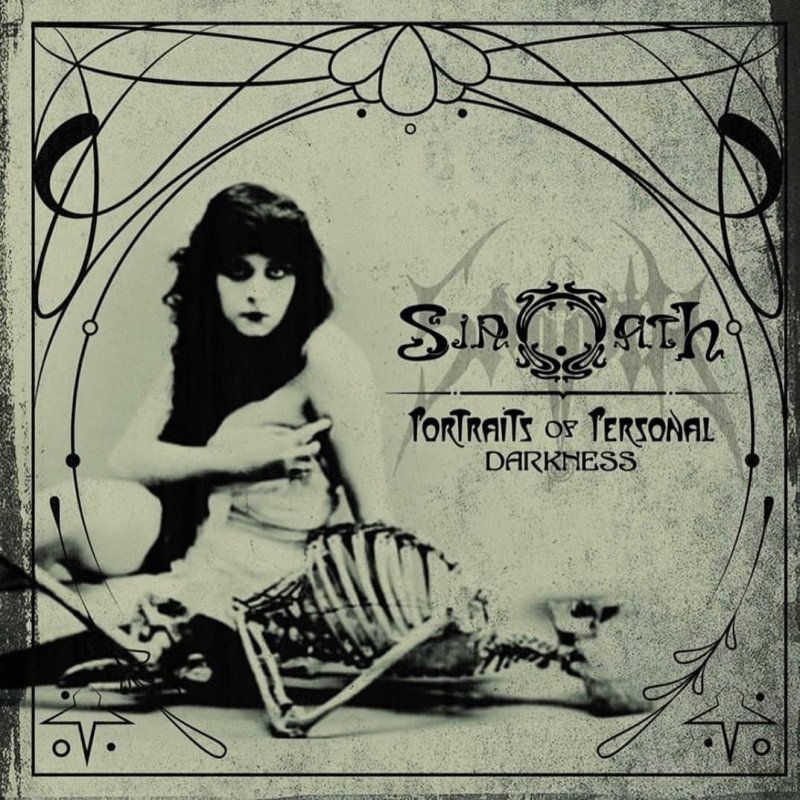 Sinoath is a long-established band, having formed back in 1990 and dropping two demos and one album before taking a break until Vertigo in 2003, when Salvatore Fichera reformed the band with a new line-up. Going on to release four albums over the next 17 years, the group don't show any signs of slowing down yet. Having formed through a mutual love of other international death metal groups, the band describe themselves as “the obscure cult since 1990”.

This album is a reworking of their 2020 release of the same name. But this one has been done as a “live studio improvisation” which helps to add a bit more expression and uniqueness to it whilst bringing in a vibe of early 70s prog rock, similar to when Deep Purple did the same with Machine Head.

Overall this is dark in tone, it holds onto that flowing and weaving jazzy and blues sound threaded through the prog rock sensibilities. For this, the live setting really adds an extra layer to the overall sound. Especially when the heavier bass-lines kick-in on the likes of From The Clash Of The Planets.

It really catches you with the hooks of psychedelia and takes you for a bit of a trip. With ambience and atmospherics strewn across each track, it conjures up images, with tracks such as On The Edge Of Perceptions sounding straight out of a 60s horror/sci fi film.

The album is an interesting one, with nice turns and unexpected moments, all with that chaotic but organised feel that the darker side of prog-rock often had. The fuzziness of the guitars, rolling drums and prominent bass even harking back to the pioneers such as Iron Butterfly, and the more chaotic moments bringing in the crazy elements of Kansas' live gigs.

I found myself thinking I had enjoyed my time with this record. But I wouldn't necessarily listen again in a hurry as I felt that, in the same way that the likes of Opeth sounded a bit late with Heritage, I feel like this has been done before. However, that is not to say there is anything wrong with it. The album may not be entirely my thing, but it is well done, and any fans of the more psychedelic prog styling should have a listen. While I may not jump in again, I do feel I should pass the name Sinoath onto my brother for investigation.