Dave Bainbridge — To The Far Away 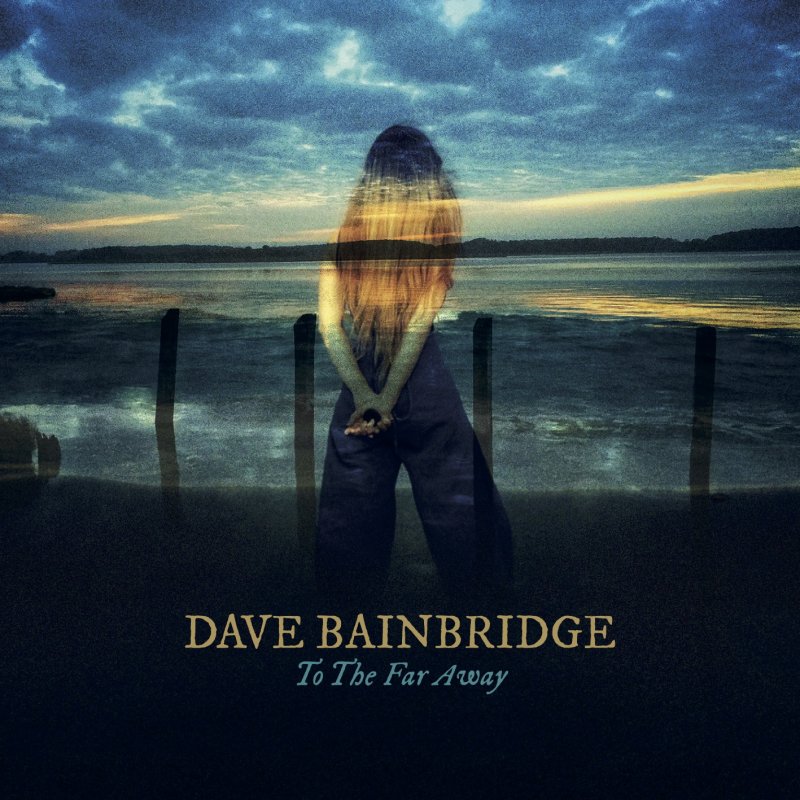 WOW! What a beautiful album from start to finish.

I should mention that I am a huge fan of Celtic Rock as some readers of DPRP may have already determined. One of those perennial favourites of course is British band, Iona that started many years ago in 1989 yet who sadly folded in 2016. During that time the band released 7 excellent studio and 4 live albums to critical acclaim.

Dave Bainbridge was the brains behind Iona and now follows up with his 4th solo album, called To The Far Away. It was therefore a no-brainer for me to offer to review this one.

From the outset, you soon realise you are in for a very melodic and moving experience. The compositions presented were very carefully crafted during the lock-down and despite the limitations that has been imposed on many musicians and bands, has enabled some of the best to present their very best. So it goes without saying, this is probably one of the finest Celtic Rock albums released during the last few years.

From the plaintive sound of the violin to the soaring lead breaks throughout this album you realise you are in the tender care of some incredibly talented musicians. Each member has been meticulously chosen to add their considerable talents and contributions to really help make this album the masterpiece that it is.

Sally Minnear (daughter of Kerry Minnear - Gentle Giant), has a voice straight out of heaven and could not be a better singer to grace these songs. Similarly, Ian Hornal has a uniquely sounding voice that adds some real character to those songs where he is featured. The solid and authouritative drumming from Frank van Essen is also worthy of note as he does for this project what he has done so well for Iona over many years.

As a huge fan of the Uillean pipes, I am also keen to see Troy Donockley has lent his superior skills to help embellish the sound on this album. But then again, being such an accomplished musician, it's almost a mandatory requirement to have him join the payroll for any similar projects. I recall being sent a CD for review many years ago for Jennifer Cutting's Ocean Orchestra on her first effort, Ocean: Songs For The Night Sea Journey and was similarly impressed with the extra charm he always brings to the table. Then again, who else could fill his shoes so well? I don't believe there is a better player anywhere in the world today.

The album unfolds as a wonderful story, as each songs morphs into the next, reminding the listener of the many aspects of Celtic music that make it so special. From the quiet choral passages to the volcanic bursts of fire from Dave's guitar to the blistering synth lines, this journey really uses the whole highway. The emotional playing from Dave is just so intense, it makes you wonder how much imagination one can have to construct pieces of music that fit together so seamlessly.

The tracks, Sea Gazer, Girl And The Magical Sky, Rain And Sun are stunning, featuring soothing pastoral sections, expressive vocals, celestial guitar and muscular drumming. They form the solid framework for this album's magic to unfold and make them ideal songs to open the innings.

Clear Skies pays an obvious homage to Mike Oldfield, who must have been a solid influence on so many musicians. The sustained notes from the guitar are interwoven with those that rip through the stratosphere with ease and leave you wondering what else this musical contortionist can do next. Hold on, just wait for the incendiary outburst of excellent synth runs to make your pulse really throb.

Ghost Light simply drips with such emotive guitar playing until Sally takes us on a wonderful detour with her crystalline voice weaving its magic and climaxing with the insanely infectious chorus. Being the longest song on the album allows the band so much time for exploration and to fuse these elements into one of the best songs I have heard for many years. It is simply stunning. Guys, if you're not impressed with this song, there's plenty of knitting back home that might need your attention.

The marriage of keyboards, Uillean pipes and guitar is also beautifully showcased on Cathedral Thinkers and despite the shorter length, is a great instrumental. Similarly, the use of whistles to introduce the track, To Gain The Ocean adds a subtle and gentler mood and which enhances the wonderful singing to follow.

The title track, To The Far Away features a really sublime underlying melody and being based upon the guitar as the featured instrument, makes you realise why this man keeps gaining so much respect.

The build up for the finale on Something Astonishing is also worthy of comment as it would be the perfect song to end a live concert, once the band were back on the road again. Such a fully charged ending, to me, is often the best way to end the journey as the crescendo then breaks into calmer waters and leaves you aurally exhausted but totally inspired. I don't recall another album where I have kept hitting the repeat button so often. It is so compelling and vibrant, serene, yet powerful but above all, supremely satisfying. I thank my lucky stars, there are such talented people who can bring so much satisfaction to a pair of ears. Despite it arriving after the closing dates for our recent reviewer poll, this has rocketed to the top of my album of the year. What an absolute cracker!

The album has been receiving universally strong praise from all quarters for its beauty, depth, melody and adventurous spirit. I couldn't agree more. Additionally, when fellow musicians also join in universal praise of another musician's work and openly share their thoughts and comments on a public forum, you appreciate the sincerity that entails. Here are 2 comments from people you may know.

Obviously the connections to Iona can't be ignored so if you have enjoyed their music before and are hankering for more, then help yourself to this gem. Similarly, if you're into bands such as Magenta, Capercaillee, Robert Reed, Karnataka, Clannad, Mike Oldfield, Mostly Autumn, October Project, Runrig, and a less energetic Loreena McKennitt, then this masterpiece will be right up yer cul-de-sac. I can't say it any simpler. You need this album. It will not disappoint.

Guitarist and composer extraordinaire Dave Bainbridge is responsible for two of my favourite albums of the current millennium, namely Veil of Gossamer (2004) and Celestial Fire (2014). As well as being a founding member of the wonderful Iona who sadly disbanded in 2016, more recently he has lent his instrumental talents to the likes of Strawbs, Lifesigns, Downes Braide Association, and Glasshammer.

Except several collaborations and a piano album, The Remembering released in 2016, To The Far Away is Bainbridge's fourth solo album and like its predecessors, is an expansive combination of Celtic and melodic prog. In short, if you have a penchant for the music of Iona, Steve Hackett, Mike Oldfield, Big Big Train, Clannad, Mostly Autumn, and Solstice amongst others, then this is for you.

The theme of the album is a topical one, relating the story of two lovers who are separated on opposite sides of the Atlantic during the global coronavirus pandemic. It has a personal renaissance for Bainbridge who was due to marry his American fiancé Sharon in March 2020 on the Cruise To The Edge but instead, they remained separated for nearly nine months. The tracks are a mixture of instrumentals and songs with the latter benefiting from the heavenly vocals of Sally Minnear. She is joined by singer Iain Hornal who sounds not unlike the late David Longdon of Big Big Train fame.

The evocative Sea Gazer gets things off to a fine start, setting the tone of the album. It fades in slowly, surging to a lilting guitar melody with voices entering around the three-minute mark. The counterpoint harmonies are an absolute delight and with ex-Iona members Troy Donockley, Frank van Essen and Martin Nolan providing instrumental support, Bainbridge's former band are readily brought to mind. His familiar guitar timbre sweeps and soars and the extended solo that dominates the second half of Girl And The Magical Sky demonstrates that he can play with aggression when the mood takes him.

The mostly acoustic instrumental Rain And Sun features Donockley's haunting Uillean pipes to the fore and when piano, whistles and strings enter, it's strongly reminiscent of Mike Oldfield's Hergest Ridge. Clear Skies is an instrumental of contrasting moods and when it hits its muscular stride, van Essen's drumming is absolutely superb. Guitar and synth take flight and the heavy, Celtic rock finale brings to mind Horslips in their 1970s prime.

The album's centerpiece Ghost Light is based around a memorable vocal melody that bears more than a passing resemblance to Pink Floyd's Eclipse but is none the worse for that. In contrast, Infinitude (Region Of The Stars) is an instrumental tone poem for strings with a romantic flavour evocative of Ralph Vaughan Williams' The Lark Ascending. Although un-typical of the rest of the album, it's one of my favourite tracks and demonstrates Bainbridge's flair for classical style arrangements.

The penultimate three tracks, beginning with the title instrumental To the Far Away, are mostly energetic and upbeat where the agile rhythm partnership of van Essen and bassist Jon Poole really come into their own. Speed Your Journey and Fells Point in particular will appeal to all prog-heads out there who like their music fast and tricky. The closing Something Astonishing builds from tranquil 12-string beginnings to a majestic lead guitar and celestial organ theme to bring this stunning collection to a triumphant conclusion.

Despite the seven-year gap, Dave Bainbridge maintains the high musical standards he brought to Celestial Fire and Veil of Gossamer before it. His fluid guitar technique never ceases to amaze and he certainly deserves the same recognition bestowed upon more familiar 6-string practitioners like Steve Hackett, Andrew Latimer and Steve Rothery. That however should not distract from the fact that To The Far Away is an ensemble triumph of the highest caliber.