Less Is Lessie — The Escape Plan 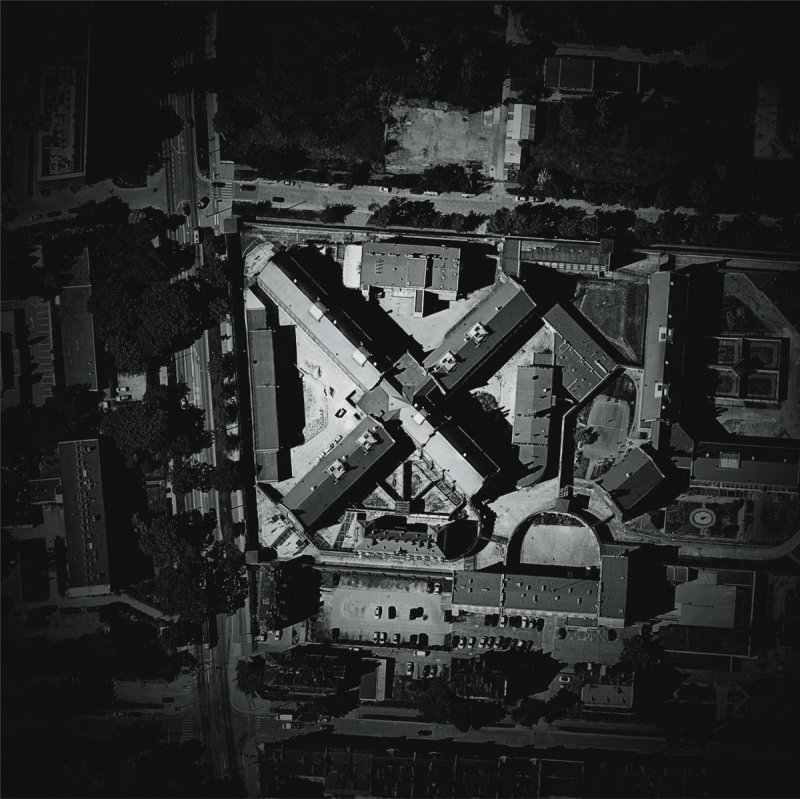 Time for something new and a little different?

Less is Lessie is a quintet based in the Polish city of Wrocław. Their aim is to explore live and recorded music that seeks to take their audience on a journey through various places; in the process, telling a story.

They debuted in 2015 with a live performance in their hometown where they used music, songs and ambient recordings from real places, alongside a synchronized video to enhance the feeling of a musical journey.

In January 2018 their first studio single Blackout was released. The Escape Plan is the band's debut full-length studio album. A concept album, it leads the listener through the vibrant streets of Wrocław's Nadodrze district.

To back-up the music, the CD booklet contains a map and some photos to guide and help you visualise the route. This visualisation is enhanced further when you watch the various segments that the band has created on its YouTube channel. 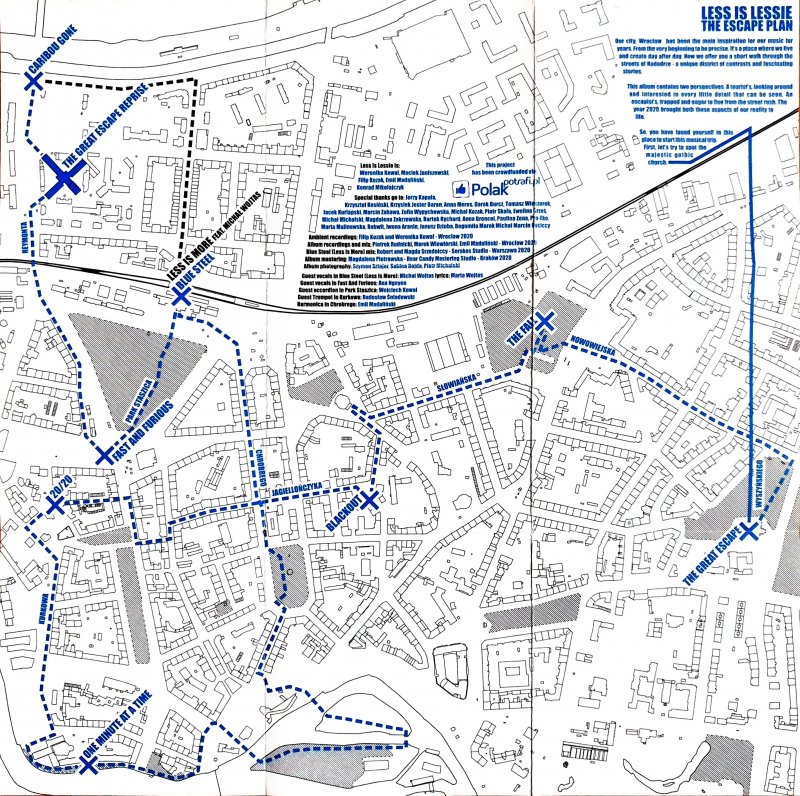 As the band explains: "Nadodrze is full of contrasts where historical structures mingle with modern boutiques, bars and restaurants, and gloomy courtyards with various social art initiatives. At the first glimpse, the district overwhelms you with crowded and unpleasant street ambience, however our songs allow you to escape from that."

It is this rather innovative, multi-media approach to progressive story-telling that captured my imagination.

Of the 18 tracks, eight are scene-setters helping to guide the listener along the route to the harbour. The rest are stand-alone songs that blend various aspects of post-rock, art-rock, prog-folk, and that typical Polish style of neo-prog. Vocal narratives that mirror a tour guide, and ambient recordings taken from each location are used heavily throughout the 18 tracks.

The feeling of a journey is enhanced by the use of different vocalists and different instruments to create the moods related to each particular spot on the map.

The stark use of xylophone (or similar) on the opening of One Minute At A Time, before it blends into a lovely Riverside-like guitar-led piece, is very effective. The use of female vocals on Fast & Furious is another delight (it is neither fast nor furious). The dance-beat groove that guides the instrumental 20/20 adds further variety. The trumpet in Kerkoya is striking, as is the use of harmonica and accordion elsewhere. 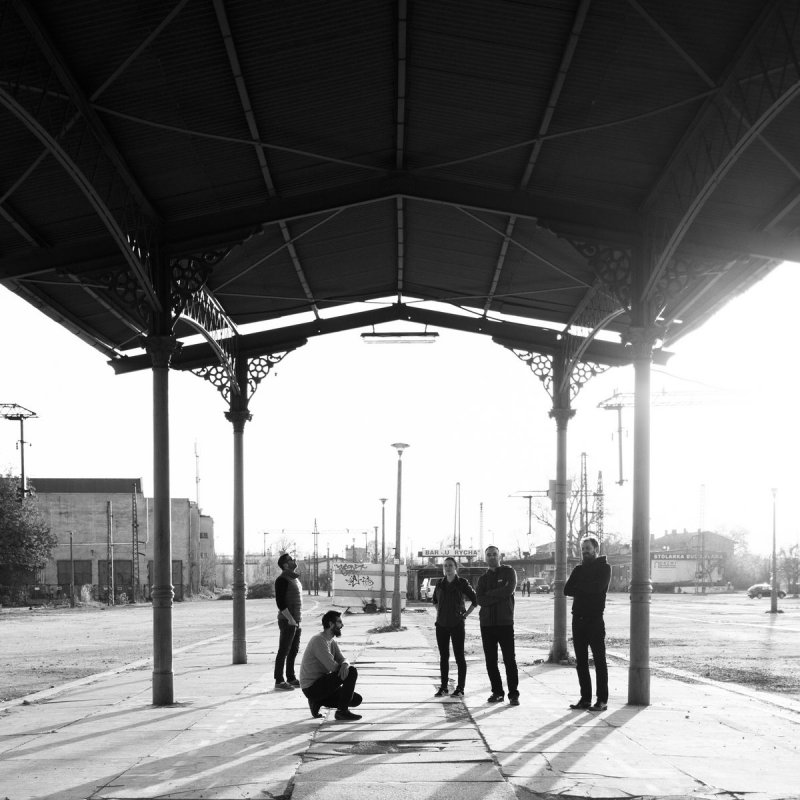 Finding a native English speaker to 'act' as the guide would have been better than the computer translator voice that is employed. The phrasing is poor and the artificiality of the sound is at odds with the efforts made to generate natural atmospheres elsewhere. It becomes a distraction on repeated plays.

If I had to select a favourite song then The Fall with its clever use of violin would be prime contender. Blackout would be another contender for its stark interpretation of The Pineapple Thief. One of several songs where the use of violin recalls fellow countrymen Believe.

But this is an album that opens itself for each listener to conjure up their own responses and imagery to the sounds created as one is led through the sights on The Great Escape map. It has certainly been a journey worth travelling, and I await with interest to see where Less is Lessie decide to take us next.