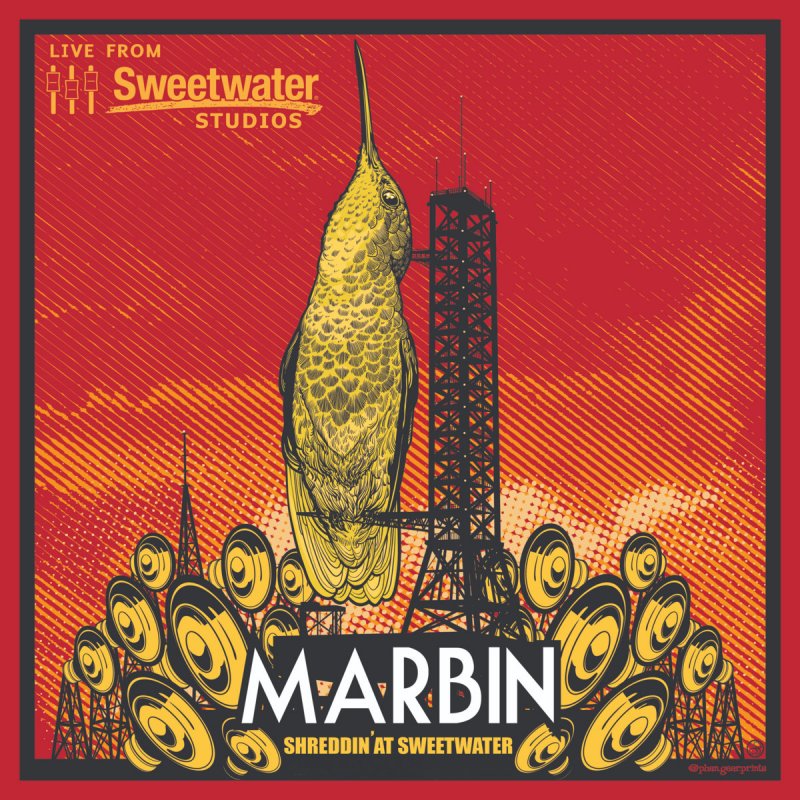 The last few years have been very productive time for Marbin. During this period they have released a number of albums, including the satisfying saxophone-dominated Russian Dolls, and guitarist Dani Rabin's Ten Years in the Sun.

This fresh pair of albums, Shreddin' at Sweetwater and Fernweh, present two very different ambiences. They highlight the band's finesse and prowess in being able to perform instrumental music that captures two distinctive styles. These two styles are in many ways diametrically opposed.

Only a highly-skilled group of musicians could have done this successfully, and on this evidence I suspect that Marbin would be capable of elaborating even further upon this ability to perform totally different types of music.

As the name might suggest, Shreddin' At Sweetwater is a loud, in-your-face experience, where face-gurning rasps of electric guitar and pulsating sax-squeals exchange lead lines in an uncompromising assault upon the senses. The emphasis is on excitement, pace and aggression. On the other hand, Fernweh is a collection of the band's gypsy-jazz styled interpretations of jazz standards. In Fernweh the emphasis is upon melody, space and subtlety.

The albums are worlds apart, both in substance and style and in their effect upon the senses. Fernweh is a soothing experience. It has a refined and graceful air that invites its audience to gently tap the table; it is easy on the ear and has a delicate stroking caress. Conversely, Sweetwater emits a restless energy that compels the listener to fist-pump the desk. It is not easy on the ear and has a forceful, steely grip. However, despite these different approaches, both albums are able to create a crescent moon smile and a knowing nod of approval by the time the last tracks conclude.

Marbin released their self-titled debut in 2009 featuring Danny Markovitch (saxophone) and Dani Rabin (guitar). Since that time they have regularly created a unique form of instrumental progressive jazz rock which draws upon the founders' Jewish roots and a host of other influences. 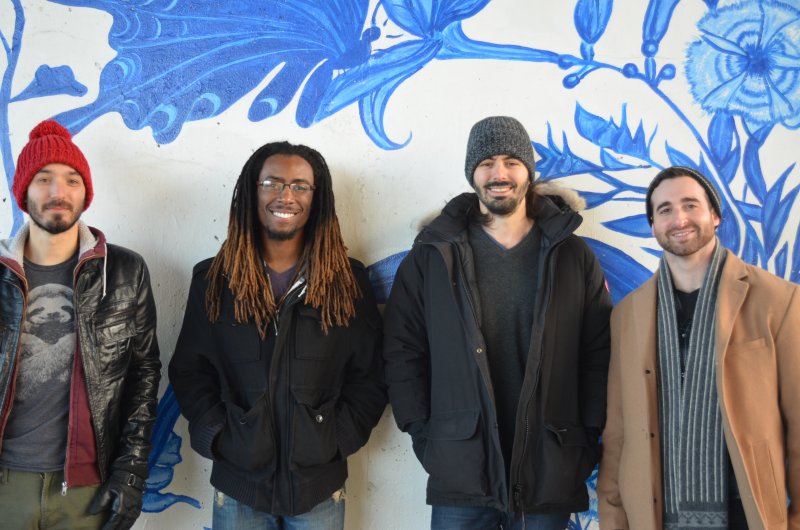 During a break from touring during the pandemic, Marbin had an opportunity to recreate their live set at Streetwater Studios. It was the first time that members of the band had played together for more than eight months.

Consequently, the playing and delivery of the ten tunes that make up the album possess a fiery edge and a huge amount of energy. The release of the band members' pent-up frustrations at not being able to perform their art is almost palpable, as solos fall and rise in a cascade of frothing, spitting ensemble playing. As usual, the principal instruments are guitar and saxophone. These tease and bludgeon the senses.

The rhythm section also does an admirable job. It's a solid performance throughout, displays just the right amount clout to twitch and wobble the curtains and to froth the gold fish bowl.

The band's energised live performance is rooted in a blues rock style with lots of jazz trimmings. However, Marbin's music also contains trademark hints of world music including klezmer and is not afraid to mix things up when the need arises as during the Old Ways. This piece includes a lovely change of pace and mood. It is superbly executed; just when you think its drifting kaleidoscope of strident-yet-melodic world music has established a set pattern, an unexpected shift occurs.

Similarly during Splaw, there is a memorable slower section and a delightful, meandering blues-based guitar solo that changes things around. However, this type of approach is not typical of the live set, which is unrelenting in its frenzy and fury, but is frequently found in the band's studio recordings.

The tunes played during the band's set at Streetwater span the band's career. The original interpretations of the tunes can be found across seven of the band's albums. The live performance includes four compositions taken from the excellent 2016 Goat Man & The House Of The Dead release. Two tunes from Israeli Jazz (2018) are included and the rest of the performance offers interpretations of tunes that featured in Strong Thing (2019), The Third Set (2014), The Last Chapter Of Dreaming (2013) and Breaking The Cycle (2011).

The first track of the album sets the scene for what is to come. Messy Mark puffs and huffs energetically. It is a red-faced, gut-busting, fast-paced tune that includes some blues-based tints. It makes no apology for its edgy lack of subtlety and invites the listener, or more accurately compels the listener, to don a hard hat, protective gloves, a pair of chaps and some sturdy boots for the chainsaw aggression of the tunes which follow.

Nevertheless, even such drastic measures do not fully prepare the body for the shock waves created by Rabin's penetrating tones and Markovich's shrill squawks and belching honks.

There are some truly magnificent moments where the interplay between the guitar and saxophone creates a molten flurry of excitement and a wonderful cacophony of sounds. Some of the most satisfying interplay occurs during Whiskey Chaser, however the call-and-response section during the rumbustious Escape From Hippy Mountain is arguably even more gratifying.

Rabin provides some memorable guitar embellishments and fluid solos during the set. He is a fine player and his plethora of face-gurning solos is one of the album's standout points. Similarly the measured control and uninhibited squelching of Markovich's sax' is simply inspired throughout.

The album works extremely well and delivers what its title suggests. However, if I were to be ultra-critical, there were times when I found the structure of the tunes a tad too predictable. It was possible to foretell that a guitar solo would follow a saxophone intervention and vice versa. Whilst this predictability would no doubt be exciting, and work wonderfully well in a live setting, I found that the fast-paced structure of the majority of the tunes and the powerful soloing was somewhat too relentless for my tastes.

Nevertheless, Shreddin' At Sweetwater is highly recommended for anybody who likes instrumental jazz rock music that is played with drive and energy and has an abundance of skill.

Before you check it out; just remember to bring a hard hat. 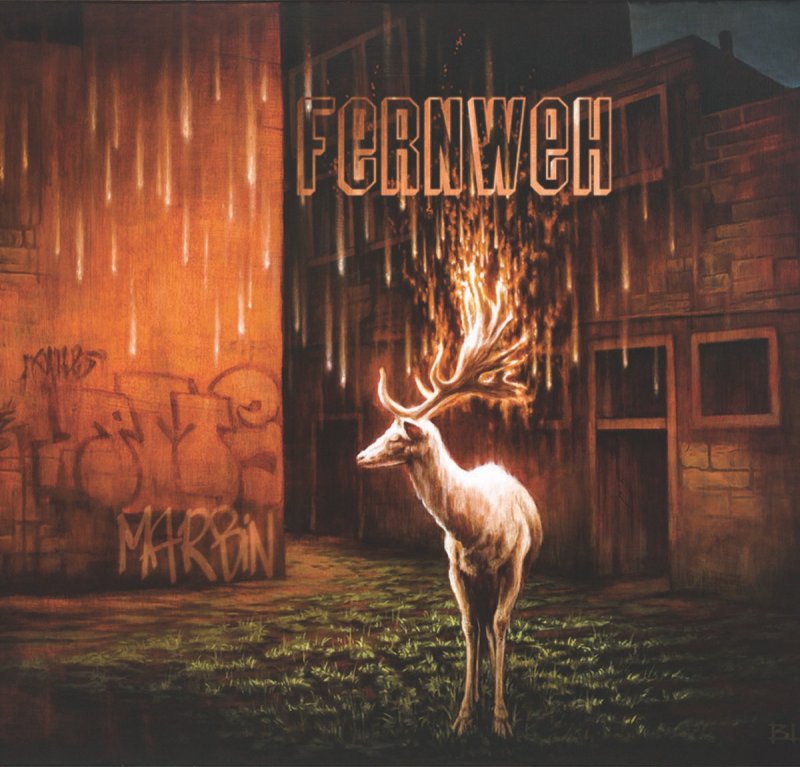 Forget about the hard hat!

It's now time to search the cupboards and find that old soft, felt jazz party hat. Softened by the years, timeless in its elegant splendour, designed and crafted to a trusted formula, you hope that it will still fit snugly.

And of course it does!

There is so much to sit back and admire about Fernweh. Somehow Marbin have managed to breathe new life into a string of classic jazz standards, yet have remained true to the spirit of the originals.

This is an album that has a soft centre that most will enjoy. It's an album full of melodies, rhythms and harmonious sounds that may well appeal to bouncing babies and Zimmer-framed grannies as well. When I played it through open windows, the ever inquisitive local cows averted their eyes from the cud for a moment, to check out the pungent aural aroma of Honeysuckle Rose.

The album is an all-acoustic affair; it really swings. On this recording the band is a trio; drummer Everette Benton Jr is not present. The format, style and structure of the tunes give both Rabin and Markovitch lots of space to shine and impress. Whilst some pieces are fast-paced, there is never the feeling that the music is too strident and relentless for its own good, nor is it cluttered by too many notes, as was the case during some parts of Shreddin' At Streetwater. On the contrary, every note, chord, phrase or melody gives the impression that it is carefully chosen and is utilised for maximum effect

Instead, there is an overall sense, that Fernweh represents Marbin at the pinnacle of their art. The upbeat twists and fast-fingered, puffing gypsy jazz interpretations are enriched with an equally satisfying array of spacious melodies. This combination is consistently able to exhibit skill, sensitivity, and beauty in equal measures and is able lead listeners to a variety of enchanting places.

There are many standout ensemble moments over the course of the album. There are also numerous virtuoso interludes where either Rabin or Markovitch excel. These are simply thrilling. The album is an uplifting experience and has joyful air.

It is undeniable that much of Fernweh is able to create a carefree mood that lingers long after its last notes subside.

Minor Swing is particularly memorable. In this tune the double bass of Jon Nadel provides just enough buoyancy to swell the music's current and infiltrate its melody in gentle waves, so that it smoothly drifts and washes towards the pebbled shore. Honeysuckle Rose conjures up images of silent movies and evocative fragrances. It has a nostalgic feel, and as I suggested earlier, has a widespread appeal way beyond jazz.

All the tunes are played with panache and almost everything about Fernweh has the word 'quality' emblazoned in bold gold lettering.

Music needs to connect in order to elicit a heartfelt emotional and intellectual response, and there is no doubt that the timeless nature of Fernweh certainly did with me. 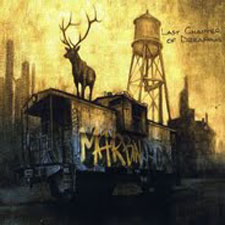 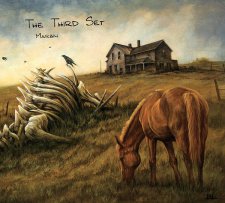