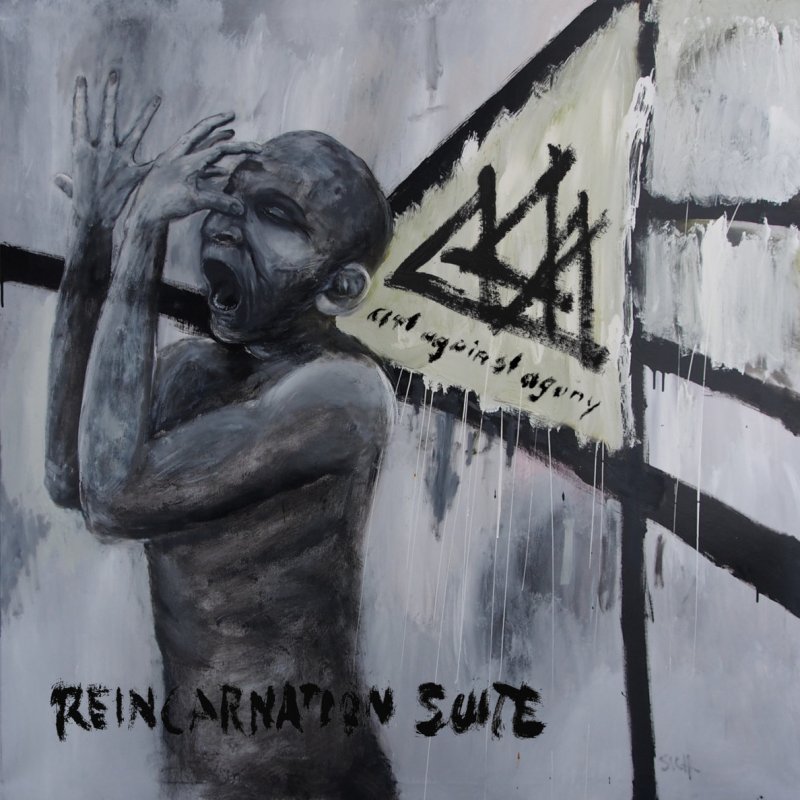 Okay. I am still less than one year among the DPRP reviewers, and here's my second awkward situation (some other time I shall tell you about the first one). The thing is, as a reviewer from Russia I am entitled to write a couple of words about a disguised Russian prog band, that I have never heard of before. Although their Bandcamp page says that the project is based in Germany, it seems to have quite a firm fan-base in Russia (just look at their page at VK.com). Besides, not every German prog band is able to undertake extensive touring across Russia, like Art Against Agony did in 2016. Which brings me to an evident conclusion that AAA have more than a single fellow countryman of mine in their ranks. The only thing left is to take off those Guy Fawkes masks from the musicians' faces, and case solved, Scooby!

Back to their profile. Art Against Agony position themselves as an international project, incorporating visual art, performance and music itself; the latter roaming between electronics, prog-math-metal and fusion. Usual math-metal references include Animals As Leaders, Periphery or Meshuggah, but here on Reincarnation Suite, Art Against Agony (for some obscure reason) rather makes me think of Hella, Nine Inch Nails, and founder-fathers Tortoise, with their more sophisticated approach towards poly-rhythmia and harmonic minimalism.

AAA seem to follow the same, less-taken road, in the way that they build their compositions. But unlike Tortoise, the band wraps their ideas in a modern djent sound, instead of the electronic digital ambient so dearly loved by the US experimental giants. Compositions rely on rhythmic improvisation and loops, sometimes with quite a harsh, almost industrial sound, leaving very little space for melodies.

With all my respect and recurring interest towards math rock, I was never a fan of the genre, as probably are 90% of DPRP readers, more accustomed to lusher harmonies and broader musical palettes. With AAA's new material I face the same problem, acknowledging the urge to experiment, but lacking the melodic / harmonious consistency of music.

Is Reincarnation Suite a breakthrough? Not exactly. Does it provide honest experimental material? I think so. Unlike many djent bands, AAA is not so much a technical show-off for the sake of itself, as it is an experiment in forms. This may not be a record to enjoy, but it serves the purpose of encouraging its listeners to think differently. 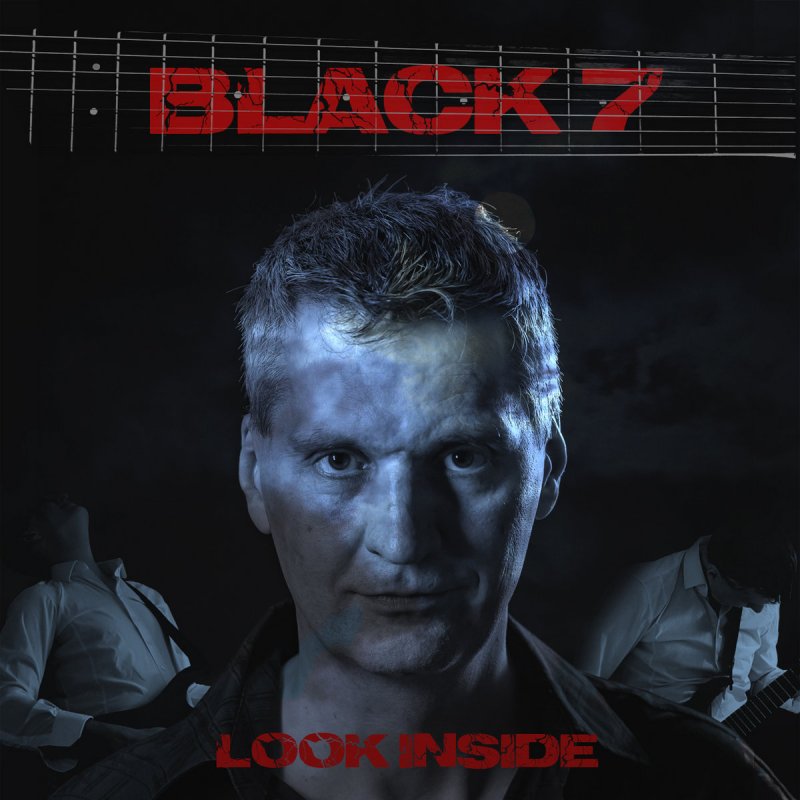 Behind Black 7 one finds the Hanover-based guitarist/composer Lars Totzke. Look Inside marks his debut. Captured on the album is a fusion of melodic instrumental rock with heavy rock leanings. Songs that for the most part don't rely on their inner structural complexity, but instead thrive on the beautiful colourisations from Totzke's excellent guitar executions, over tightly-constructed rhythms and metal confinements.

These metal cages repeatedly bring Metallica to the fore, as for instance in Lead The Way and In My Dream, shimmering with glimpses of their illustrative One period. There is sufficient variety and intertwining melody lines between the different guitar styles. The latter adds a Santana spark.

Variation keeps the album fresh. Never Stop enticingly shows Totzke's shredding ability amidst classical music themes, while the subsequent Look Inside brings his reflective side, with restrained and sensitive play surrounded by symphonic elements and melancholy.

With the operatic approach in Mysterious World and the mellow flow of Hear My Voice, the latter injected with chanting vocal divinities inside a Post rock atmosphere, Totzke shows his inventiveness. And it's these sort of surprises that ensures attention is maintained over the course of the album.

On a whole this is a fine debut which, although different in its eclectic nature, brings to mind artists like Xavier Boscher and Cody Clegg. Certainly when seen from a playing point of view where he is on par with both. A solid, entertaining album perfectly suitable for guitar enthusiasts.

Dario And The Clear — Optic Nerve 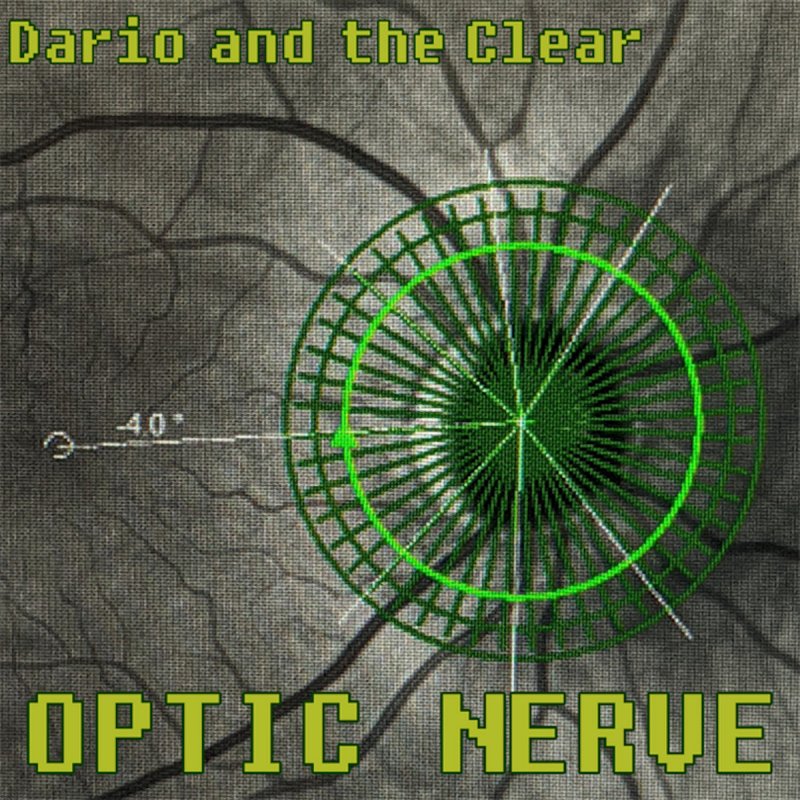 Dario and the Clear's Optic Nerve is probably the most eclectic record that I have heard so far this year. Whereas there's a plethora of bands polishing their sound to the extent that a listener cannot distinguish between different tracks, Dario and the Clear takes the opposite road and each track is like a new twist on a roller-coaster ride (or a new room in a mystery chamber, if you will). These carnival references are not coincidental, as Dario Saraceno, the mastermind behind DatC, is also an actor, a singer, and a guitar teacher. In other words an entertainer, with an entertainer's approach to music.

Many influences on Optic Nerve come from the 90s, and Dario is supported by a strong cast of musicians including the omnipresent Tony Levin, Trey Gunn, Jerry Marotta (drummer for Paul McCartney and Peter Gabriel, among others), Adam Siegel on sax, Jamie Peck and Nat Kerr on keys and other competent instrumentalists.

On this mini-album we have three alt-grunge-influenced tracks (Smile/Lies, Sustained and Distorted and Tattooed Prophet), one super-catchy dance rock song (This Moment), and three prog numbers. Of these, the kaleidoscopic opener Deities in Splendour jumps wildly between rock overture and ironic jazz-swing, the melancholic Saint Street holds Talk Talk / Belew influences, and the soaring Designated Skin, with great percussion, Warr instrumental parts and guitar-sax dialogues. It is probably my favourite track here.

Now, although I am not a grunge-hater type of prog-head, the alternative-oriented tracks failed to impress me. I didn't quite like the melodies, and I yearned for some sharper band grooves. On the positive side, the creativity of the four other tracks is noteworthy, and the frequent use of alto-sax is something I never ceased to enjoy during the whole listen.

What I especially like, is that while Optic Nerve is led by a Berkeley-graduate musician, you won't find a single case of showing off or excessive shredding just-for-its-sake. On the contrary, Dario seems to have a fine sense of musical humour and dares to write how he pleases, with an amiable wink at his listeners. I can't help comparing Optic Nerve with another album that I recently reviewed: Identity Crisis by Marcelo Paganini. Both records are done by skilled musicians supported by great guests, with nods to avant-indie music and a good dose of extravagance. 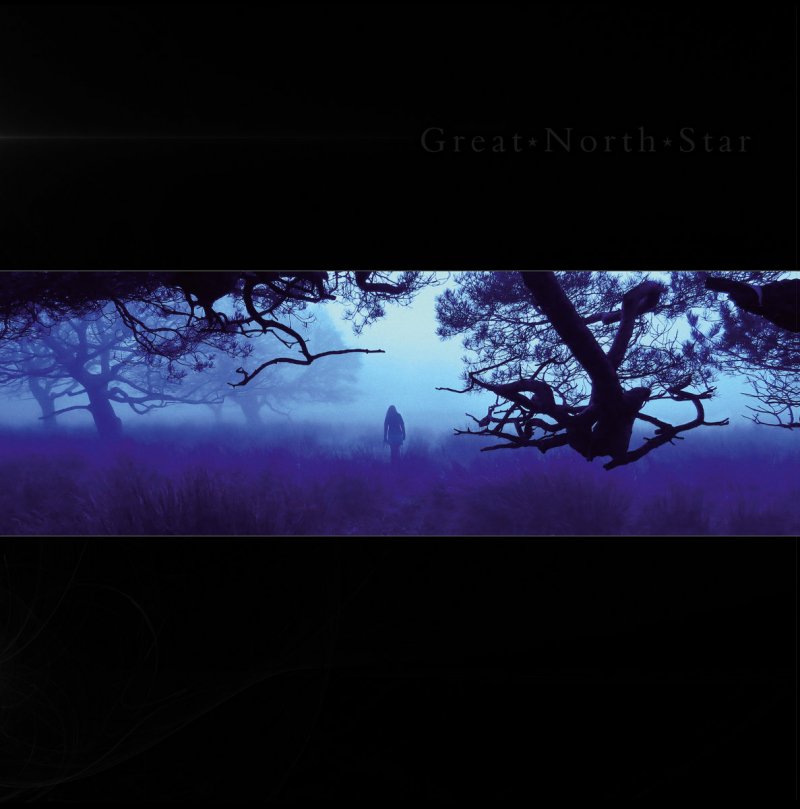 If you're in the mood for some perfect chill-out music, inspired by the landscapes and atmospheres of moorlands and coastal estuaries, then this is an album for you.

Great North Star is a duo formed by Dean Thom (guitars) and Phil Considine (percussion, production), two experienced musicians from the UK progressive and alternative scenes. There is a gentle variety of bright and sometimes darker moods across the eleven tracks. Listeners will be able to pick up influences from northern folk, post rock and ambient artists. Thom's guitar tone is delightful, whilst the subtle use of percussion and electronica, provides a mostly meditative backdrop.

The track times will give a hint for those seeking more complexity in their music; you may find that the songs on this album exist somewhat as fragments of something more. The sound palette created by Thom and Considine is perfectly set to allow some of the tracks to evolve and develop much further. Too often they stop, just as one is falling under their spell, which is a shame.

If next time Great North Star takes the time to paint a wider landscape, as they do here on the longest track Birds On The Dee Estuary, the results should be spell-binding!

(The vinyl version of this album has already sold out, and with no plans for a CD release, you'll need to head over to the artist's Bandcamp page.)

King Of Sweden — The Training 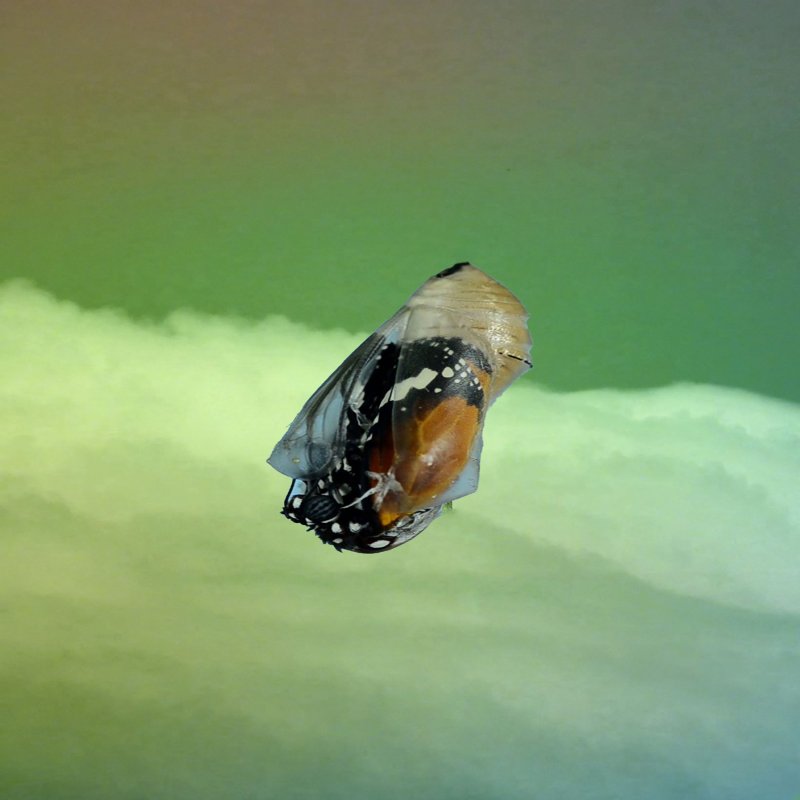 King of Sweden are a relatively new band. After two singles, The Training is their debut full-length album. The description tells of them playing honest progressive rock. I have no idea what to make of that. With the trio's line-up of drums, bass and guitar plus some saxophone and vocals, I didn't really know what to expect either. Was it going to be like Rush?

Not really. The prog is found in the compositions. There's a feeling of 1970s classic rock and prog. I hear several sections that remind me of the quieter parts in Yes or Kedama. There are very nice guitar melodies alternated with complex patterns; there Rush comes in sometimes, too.

And there is a dreamy, psychedelic feel present in a large part. Sometimes it's the melodies, sometimes the more repetitive patterns. The pronounced bass-sound adds an intricate layer, where the drums always follow. The lighter performance may trick your ears into thinking it's light music. For a full psychedelic adventure or progressive experience I'd suggest adding another musician to the fold, to fill and spice up the sound.

The song structure of the opening track is quite open and I felt it could really have done with some vocals, in what I would call the verses. The sparse verses in Two Thieves were unnecessary, though. That didn't feel in tune, to be honest. Interesting that the vocals fit The Imprisonment a lot better, even though pronunciation and singing are, well, wobbly. There are not a lot of vocals besides this, though.

I can imagine large parts of a live performance will consist of jams and improvisation. Several longer parts on this album sound like improvisations, too; and those are the really exciting parts. If you like guitar improvisation in a Yes or Kedama style, you'll find this very interesting. The longer pieces will be on rotation for a while here.

For a young band it's normal to have a Facebook and Instagram page plus a YouTube channel, but besides those, I couldn't find a lot. There were no links in the press info file. The YouTube channel only had one video. I had to look them up on Spotify to be able to give you a samples URL at all. A bit more promotion for their own music would do them good.