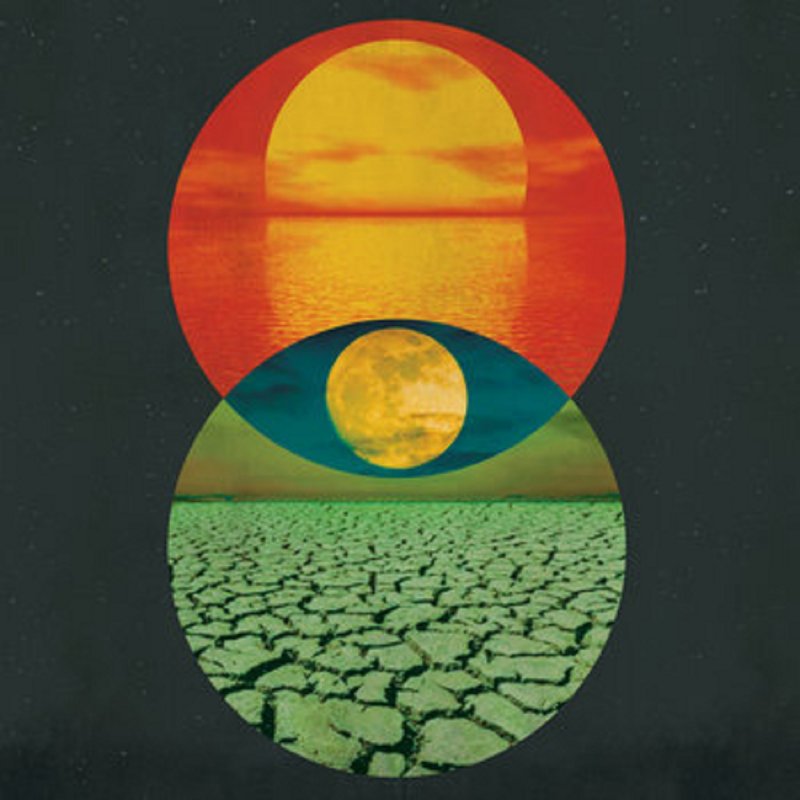 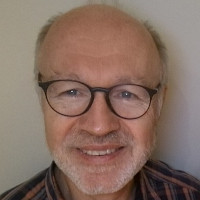 As part of the reviewing process, I usually sit in my workroom or in a comfortable wing-chair in the living room with my headphones on, in order to concentrate only on the music that I am about to engage myself in. But it also happens that I play it aloud, to let my wife participate in what I am doing. Hence, whenever something sounds like progressive rock to her ears, she assumes that I am writing another review and usually asks me the name of the respective band. Normally, nothing is easier than answering that question, but in this case, I just shrugged my shoulders and showed her the name, not having the slightest clue how to pronounce it.

There is a first time for everything! My research did not provide any hint with respect to its meaning. Maybe an abbreviation? Trying to insert further vowels, did not produce anything meaningful, either. Anyway, at least, it is a very search engine-friendly name.

OVRFWRD are a four-piece instrumental progressive rock band from Minneapolis, founded in 2012. Rumour has it that the band had envisaged including a vocalist, who did not show up for the inaugural rehearsal session, leading the musicians to start as an instrumental band, which it is to this day.

Noteworthy is the stability of the line-up since its foundation, consisting of Richard Davenport (drums), Kyle Lund (bass), Mark Ilaug (electric and acoustic guitars), and Chris Malmgren (keyboards). Paula Gudmundson (flute) and Bryan Hanna (congas) feature as guest musicians on the track Let It Burn (King George). In terms of the album releasing history, Starstuff is no "first time", following Beyond The Visible Light (2014), Fantasy Absent Reason (2015) and Occupations Of Uninhabited Space (2018) plus in-studio live versions of the two aforementioned albums, and Blurring The Lines - A Democracy Manifest (2018) (a title expressing political awareness, challenging to fill with life by means of instrumental music).

OVRFWRD's music in general can be classified as instrumental hard progressive, with slight folky, jazzy and psychedelic influences. The music has a considerable retro feel, especially due to the vintage-sounding keyboards. It is dense and compact, sometimes hard, sometimes dreamy and contemplative, spacy on occasions, intense, and varied.

Something that runs like a red thread through the entire album, is the excellent interplay between the various instruments. Based on a solid rhythmic section with Richard Davenport's fierce drumming and Kyle Lund's fluid bass playing, guitars and keyboards perfectly complement one another. Although the guitar is responsible for almost the entire soloing duties, one never gets the impression of it outplaying the rest of the band. Hence, the music comes across like a cohesive band effort. 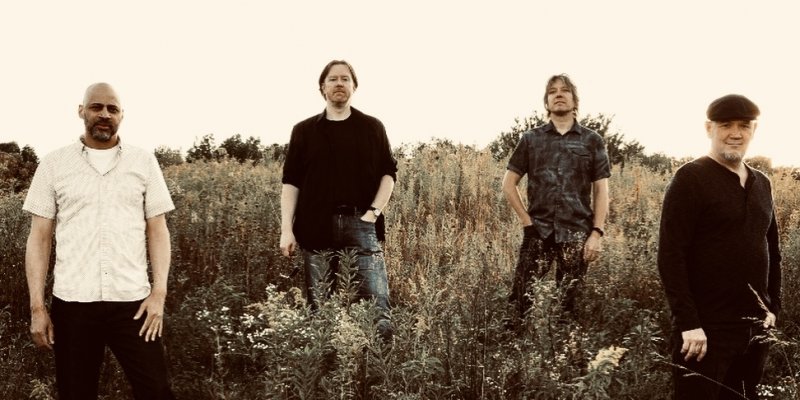 Production of the entire album took place just within five days, with recording being done in live mode, the whole band in just one take, with the necessary fixes and overdubs thereafter. That provides for a jamming-like vibe and atmosphere on various occasions and makes the music sound lively and spontaneous, without lacking arrangements, song structures/concepts. In fact, the joy of and the passion for creating and playing music is audible throughout the entire release, which is a symbiosis of spontaneity and structure.

Editorial Note Between sending out review copies and releasing the album officially, the track listing was changed by moving the title track to the beginning. The review was written based on the review copy.

The album opener Firelight starts with a roaring Hammond sound that would have put a big smile on the faces of John Lord and Ken Hensley. A bit of Deep Purple, Uriah Heep and a bit more of German 70s band Frumpy, but the track also makes me think of early Yes because of the guitar/organ interplay.

Seeing the names of some of OVRFWRD's musicians, leads me to assume some Scandinavian ancestry. So, not totally unsurprising that I also discovered a bit of the melancholic, melodic mood inherent in the work by some of the Scandinavian prog bands such as Änglagård, Sinkadus, Anekdoten, and Jordsjø, especially in the title track Starstuff. This is my favourite on the album; a melodic, delicate piece of music, aligning three musical themes in an A-B-A-C-A way.

But also Let It Burn (King George), with its alternation of gentle flute melodies and hard djent-like guitar riffing, falls into that "Scandi"-category (both a great flute and guitar solo on that track).

After a jazz rock/fusion influenced Look Up with slight psychedelic elements and stunning bass playing by Kyle Lund, it is time to sit back, relax and take a break with a piano-only contemplative, dreamy, and catchy Daybreak. Gentle, picking guitars and piano arpeggios open up Zathras, which reminds me of Dixie Dregs, however with a more improvised, jamming-like style. The piano playing is strong throughout the whole track, which gets harder and faster towards the end.

The same holds true for the album's final track From Parts Unknown, in my ears the most psychedelic and improvised-sounding song on the album. Not only with this song did I feel that, concerning the symbiosis of spontaneity and structure mentioned above, the former outweighs the latter.

However, it basically was this spontaneity, coupled with considerable musical capabilities, which made me enjoy OVRFWRD's release. Recommended for fans of instrumental, vintage-sounding progressive rock reminiscent to the bands cited earlier (plus some of their US peers, namely Mourning Knight, Kalaban, and Pentwater), with an appreciable dose of jamming/improvisation vibe and the ability of displaying the joy of making music.