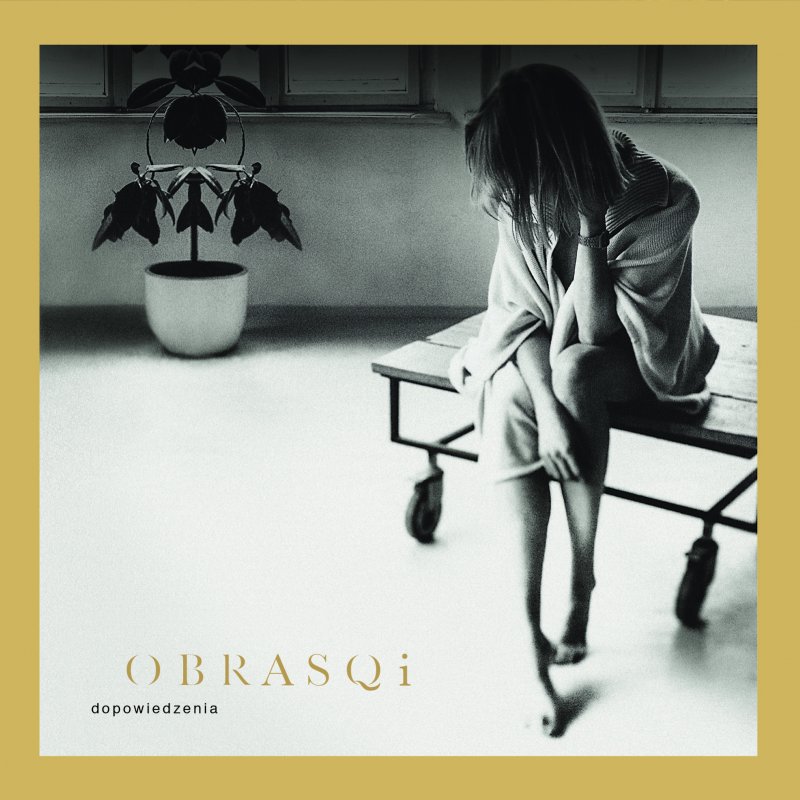 Obrasqi is a promising new Polish group that formed some two years ago and consists of Monika Dejk-Ćwikła (vocals, bass), Artur Wolski (guitars, keyboards, loops) and drummer Jarosław Bielawski. Following their EP Porzeczkowy the band has recently released their full length debut record Dopowiedzenia, an album which normally would likely have passed me by, but thankfully didn't.

Reason for this is a video to Najbardziej Ciemny Świt, a suggestion from the band accompanying their shared information. As my luck would have it the Youtube algorithm shortly after continued with a recent live concert stream which I decided to let run whilst doing some household chores. Well at least that was my intent for from the first moment onwards I was drawn in to their set, especially through the captivating performance of Monika, matching her presence with a deliciously moving angelic voice. Upon playing a cover of Tears (Rush) around the 38 minute mark it became obvious my chores would have to wait a bit.

Moving gracefully amongst indie pop, ambient, alternative rock and progressive art-rock the twelve songs on the album alternate between shorter and longer dreamy compositions that have an emphasise on atmosphere and emotion with a touch of psychedelics. The emotive element comes across beautifully courtesy to the heavenly melancholic vocals of Monika. Despite the lyrics being in the Polish language, not exactly my forte and probably the reason as to why I prefer to use her first name, even with that I still feel and sense every word she sings, chants, whispers or speaks. Her vocal range is as versatile and enchanting as it is moving, and expresses a deep feeling of melancholy in an intimate, fragile, soothing and touchingly comforting way.

Structurally the compositions glide by in a similar becalming attractive way with minimal guidance from guitars, loops, intricate drums and occasional electronics with Cień compellingly setting the pace of the album through dark natured ethereal Folky atmospheres. In Charon and Najtrudniej mesmerising calm ambient shores of Quidam come to mind igniting memories of their Sny aniołów era. Both songs excel from carefully crafted build-ups and deliciously increasing intensities where guitars slowly add texture amidst melancholic minimal richness and comely vocals. Drowning in melancholy, the former sees a lovely Gilmour touch, while the latter brings a fine refreshing sound through acoustic caresses. 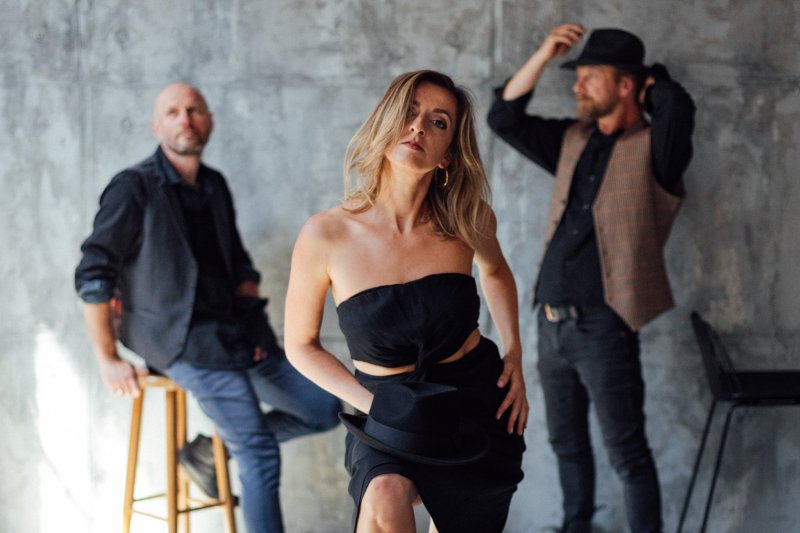 The albums highlight Najbardziej ciemny świt is slightly more upbeat and shows intricate dynamic shifts from moody autumnal darkness into uplifting icy lightness with twinkling synth adding crystalline refreshments. Midway through an unchained Wolski, with an equally energised Bielawski following in his footsteps, dives into a delightful rugged uptempo passage which is wonderfully inspired by early seventies psychedelic rock, which somehow reminds me of Spirit. I welcome these sort of passages any day and hopefully Obrasqi will explore this dimension of their sound on future efforts.

In their turn, the alluring singer/songwriter songs Nieobowiązkowe and Dopowiedzenia both envision delightful images of All About Eve, enchantingly elevated by Monika's vocal presence and intricate play from Wolski and Bielawski. After the beautifully constructed and soothingly restrained Iskierki, soaring in higher atmospheres with gorgeous guitars and overwhelming emotional performance of Monika, this marvellously flowing debut album comes to a close.

Overall Dopowiedzenia turns out to be a very fine discovery and a highly recommendable album. Like any good progressive record it starts to reveal its secrets upon multiple encounters and when doing so the mellow and gorgeous maturity of the music sometimes reminded me slightly of Moonrise, which coincidentally is the perfectly suited time-frame to enjoy this lovely album.

Although there is the slightness of a language barrier to fully grasp the song's subjects, this shouldn't hold anyone back from listening. For the originality of the well-composed melodic songs, their modern electronic appeal and reflective characteristics has a lot to offer and shows huge potential. Definitely worth checking out.