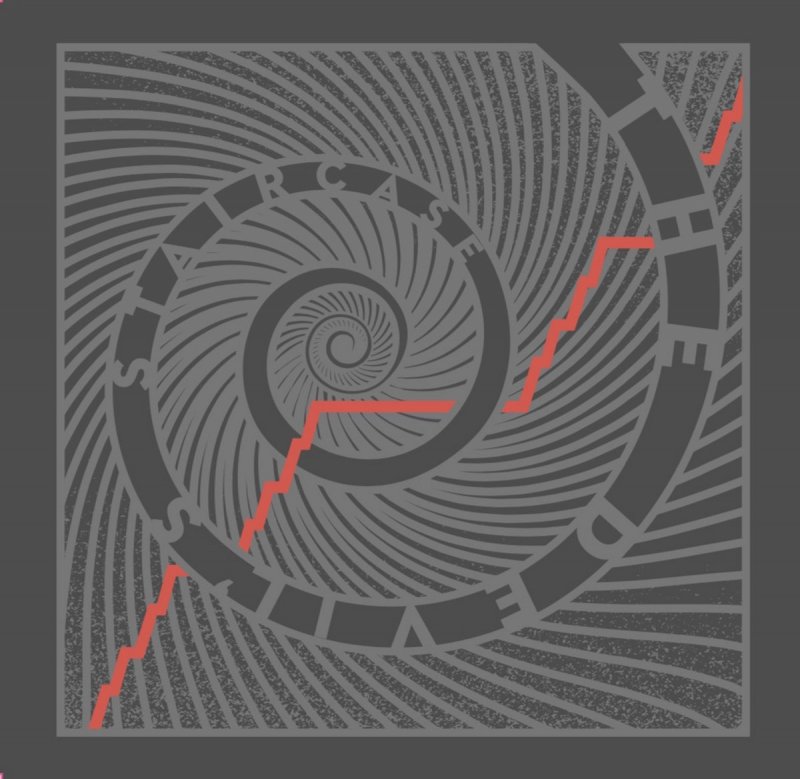 "In mathematics, the Cantor function is an example of a function that is continuous, but not absolutely continuous. It is a notorious counter-example in analysis, because it challenges naive intuitions about continuity, derivative, and measure. Though it is continuous everywhere and has zero derivative almost everywhere, its value still goes from 0 to 1 as its argument reaches from 0 to 1. Thus, in one sense the function seems very much like a constant one which cannot grow, and in another, it does indeed monotonically grow, by construction. It's also referred to as the Devil's Staircase." Thanks Wikipedia. 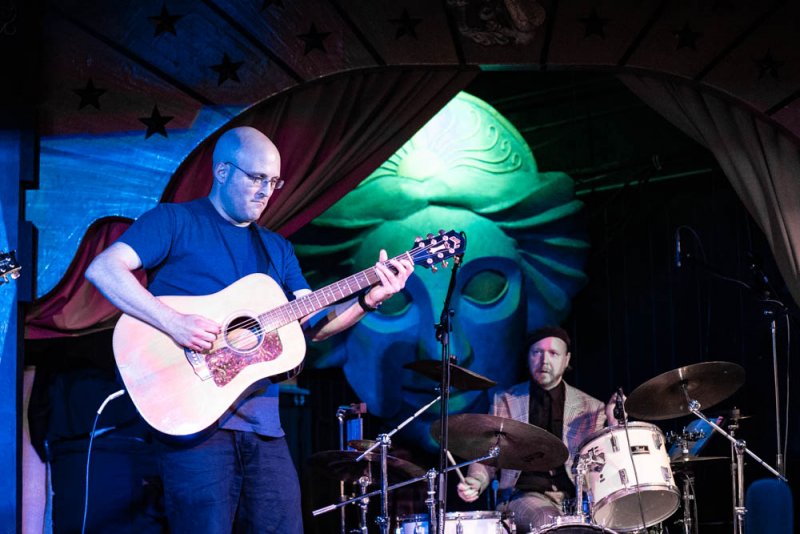 The Devil's Staircase is also the name of this previously unknown-to-me band that released their self-titled debut album in 2020, and of course they play rock inspired by maths and science, although they state that they don't play math rock! Ideas from non-linear dynamics, fractals, cellular automata and astronomy inspire their compositional forms, but apparently such ideas do not tell the band what to do. And of course this is an instrumental album, so don't wait for any lyrics explaining math theories or similar. Instead, you can visit this very interesting blog while listening to the music.

Luis Nasser and Tim McCaskey are the main brains behind this project and they run this blog to talk about the science and mathematics behind the compositions of The Devil's Staircase, the band they started. They have also played in Songs Umbra and Might Could, so they know how to make great music. Both are professors in the Science and Mathematics Department at Columbia College Chicago, so they also know something about maths.

I'm pretty sure the music here will be appreciated by those enjoying great compositions with prog, jazz and classical touches, thanks to the great job done by Matias Olsson, from Änglagård among others, Aaron Geller on electric guitars and the nice sax and electronics played by Ramsés Luna.

For those also loving mathematics, this album could be fascinating if they follow the explanations behind each song. I'm not one of the those 'gifted' people, but after listening to this music I find myself wanting to know more about these songs. Not an easy task, because I'm not good at maths, but I guess music can help with that.

Anyway do yourselves a favour and check out this interesting album, not once but a few times, so that you can appreciate all the nuances and enjoy the whole experience.