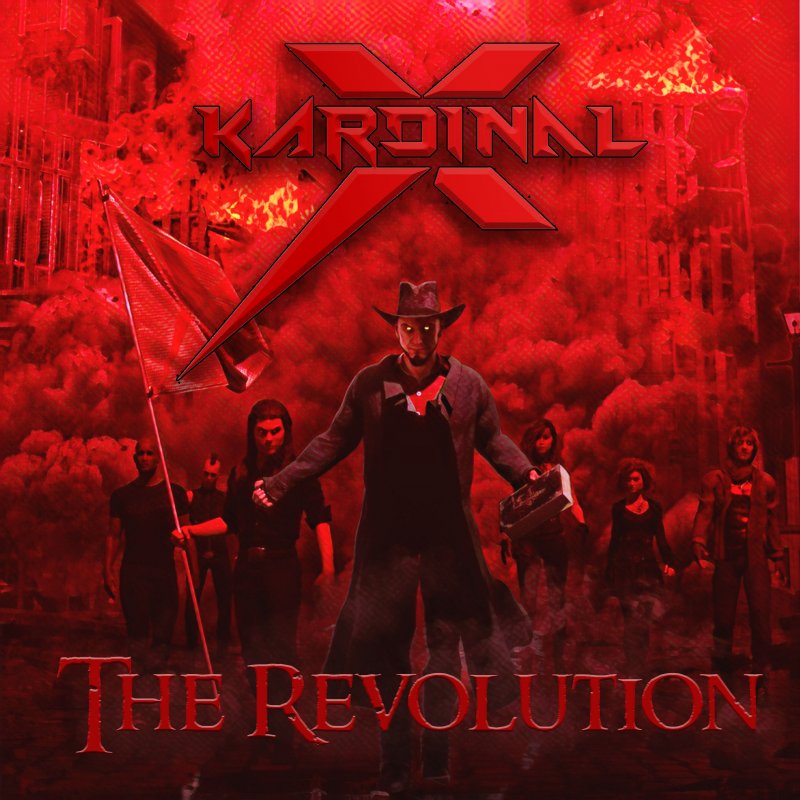 Kardinal X is a new band (though, judging from band photos, the members are not young men), and The Revolution is their first album. They clearly see themselves in the line of classic bands such as Judas Priest, Megadeth, and Iron Maiden (all of whom are listed as influences), but they don't quite have the chops or the songwriting ability yet to deserve a place in that line.

Let me start with the production. It's pretty bad. The songs themselves don't have much in the way of dynamics, and the flat production crushes what dynamics there are. This fault can be heard mostly in the guitars and drums, but vocalist Jimi James isn't well served either, and he needed the help; his is not the strongest of voices. I won't say anything more about the vocals, but if you listen to the mostly a cappella beginning of Scourge, I think you'll agree that more power and greater tunefulness would really be an asset to this band.

Another problem is that the band is deadly serious. I'm not saying that a band shouldn't be serious about its music, but when a song called It Always Rains begins with the sound of a thunderstorm and the first lyrics are "I've been through hard times," you wonder if they couldn't lighten up a bit. I mean, even Slayer has a wicked sense of humour.

Truth be told, every song on this album suffers from the same plodding sincerity, and it weighs on the listener. When I first played the album, I found myself a little depressed by the end of the last song, One More Trick (yep, it's about a prostitute), which ends with James speaking the album's last words: "For twenty dollars, she'll be whoever you want her to be." Sure, Maiden's Charlotte The Harlot and 22 Acacia Avenue are about a prostitute, too, but the sheer craft of that band's song-writing and performance makes the subject work.

I just used the word "plodding," and that may be the best term for the problem with the whole album. Again, the production doesn't help. Even There Goes The Neighbourhood, which begins with a spoken-word intro and distorted slide guitar, almost immediately descends into the lumbering beat that characterises most of the songs here.

One is not surprised to find "Dio-era Black Sabbath" at the beginning of their list of influences; the band's default beat is roughly that of Heaven And Hell, and Heretic is, shall we say, at least distantly indebted to Children Of The Sea (but what's with the extra minute or so of talking and distant noise at the end of an already-too-long song?).

I notice that I haven't said anything about the progressive elements of these songs. There aren't any, at least not in my understanding of the many things that "progressive" can mean. This is straight, post-NWOBHM, hard rock/metal. In fact, I'll end by saying that, on paper, this is exactly the sort of band I typically love, and that's why I'm disappointed that I can't say better things about this album. I will add, though, that (given a chance) I would like to see Kardinal X perform live. I suspect that the energy that is suppressed by the production, would emerge in concert. 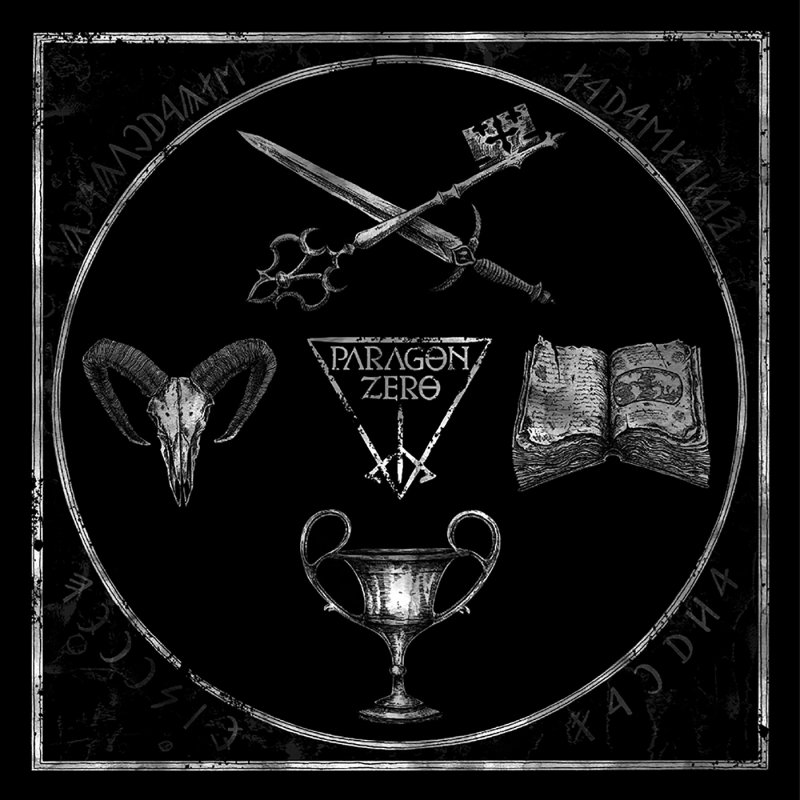 Paragon Zero have arrived to me from the lands of Hungary with Omass, their second EP since their formation back in 2011. Describing themselves as “Metal for your Demise” and playing a blend of black and death metal, all the tracks on this short EP are connected, in some way, to the theme of death.

The opener of Phosphorous Blaze kicks-off the old school black metal sound, with discordant black metal riffing and tremolos mixed with some grooving drums, and blast beats thrown in for good measure. Occasional cleans are used to create more atmosphere. Harsh vocals are screamed over the top to create a morbid sound that feels both emotional and explosive. Think Agalloch but condensed into five minutes.

Remnants is up next which sounds like a slightly less polished version of Pillorian. The tremolos, grooving drums and screams are back, creating a passionate and driving melodic sound that is never overpowering nor over the top, but consistently effective.

The second half is brought in with the distinctly more “evil” sounding The Greatest Of All Shadows. Chugging riffs and drums combine with a sound that could easily be found amongst Satyricon and Premordial's back catalogues.

And finally, the end. Grey Feast introduces itself with some melancholic keys before a lamenting guitar comes in to usher in the misery. This one feels a bit slower, more sorrowful than the others while still maintaining that explosive and raw black metal sound.

The only downside to the EP are the low production values. It does make some of it sound a bit muddy and confusing, which did unfortunately impact on my enjoyment. However, if you can get past that, then this is a very well crafted 20 minutes of harsh and explosive black metal. If you like any of the other bands mentioned, I'd keep an eye out for these guys. I know I will.