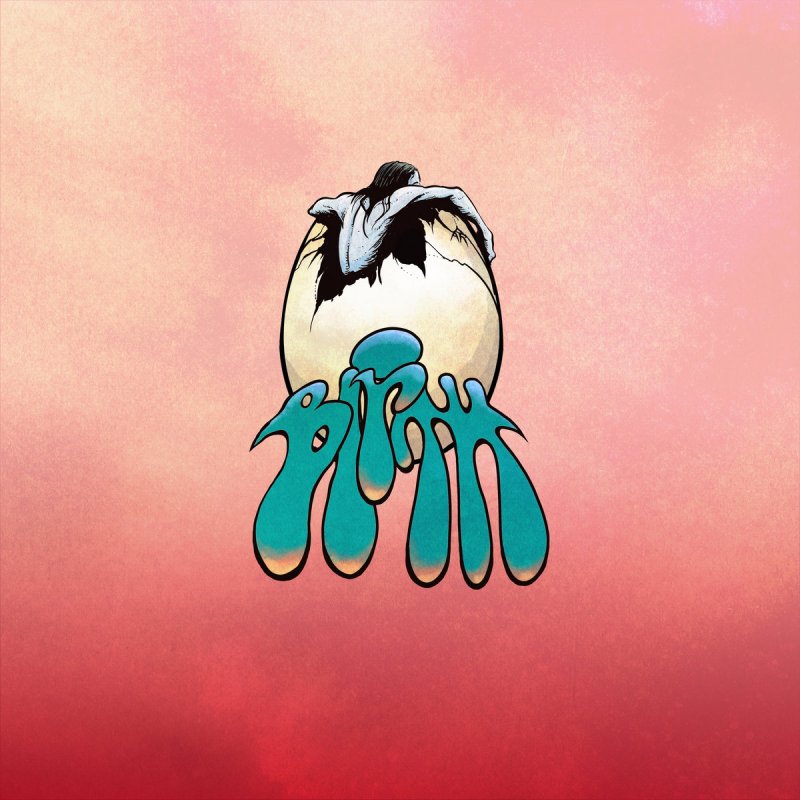 From the ashes of Astra comes Birth. As an appetiser, they have released an EP of three demo versions of songs they are working on. Having missed seeing Astra live when they were active, is this perhaps a second chance?

A keyboard player (also on acoustic guitar) and a lead guitar doubling on keyboards. It no doubt adds to a rather wide range of sounds for just four people. (The drummer appears to be a guest musician and not part of the line-up.)

The keyboard melodies on the first track, bring the magic of Neuschwanstein to mind, which was very unexpected in a very positive way. Besides that we get psychedelic hard rock like early Deep Purple, the sound of early Camel, and the tripping side of Swedish psych band Siena Root encompassing blues-based psychedelic rock, and then very proggy. The second track has a long section where it seems Hawkwind were jamming with The Doors, and the closing track is pulling out all the stops, with a powerful voice that reminds me of Jack Bruce.

Being on the darker side of prog, was to be expected with the Astra reference. Ranging from subtle melodies and picking string instruments, to full-blown space jams, this is a delight for anyone with an interest in the psychedelic side of prog. This has all the ingredients to become a big name on the scenes of psychedelic and progressive rock.

And hey, the EP is available as a name-your-price on Bandcamp, so you cannot go wrong. Bring on a full-length album and come over and play live here!

The Brainiac 5 — Another Time Another Dimension 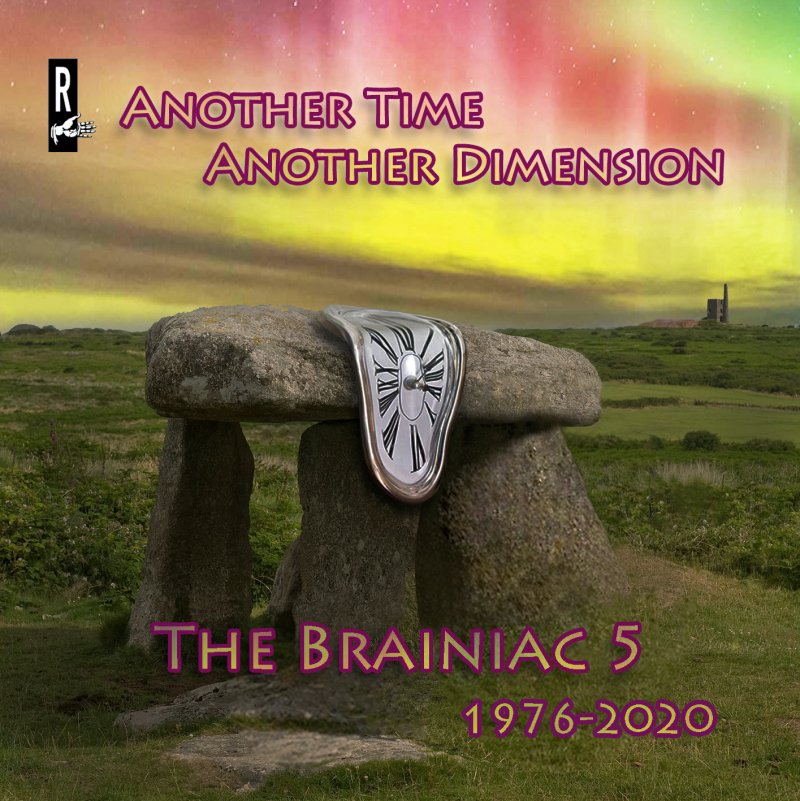 The Brainiac 5 is a superhero character who exists in the 30th and 31st centuries of the DC Universe. He is from the planet Colu[1] and is a long-standing member of the Legion of Super-Heroes. Not very well known these days but I guess it got some recognition back in the 60s when he first appeared in Action Comics. I guess this could be why this mid-70s band picked up this name.

Originally from Cornwall, this psychedelic punk band is totally new to me, as I'm sure it will be to most of our readers not living in the UK. According to their bio they came to prominence in 1978 with their debut EP Mushy Doubt, gaining some recognition when they moved to London to enjoy the fruits of a gig circuit enlivened by punk.

So, don't expect any progressive rock or similar in this Another Time Another Dimension. The funny thing is the cover of the album and even the title could perfectly work for a progressive rock opus, but this is not the case. In fact the music here is true psychedelic punk, some reggae and a bit of jamming. It's good if you like this kind of music and if you are ready to get that 70s vibe. I couldn't.

The songs of this album aren't new, except the last three, and I'm sure the listener will notice the difference. Another Time Another Dimension is a journey into the band's origins having songs from their 1976 - 1980 period and the 1981 - 2012 one. Some studio versions but also a few live recordings which are the ones I like the most. I guess it's because I would have liked to have been there at that time.

This may not be the best album to start discovering The Brainiac 5 but it will give the listener a brief idea of the band's sound and it can help understand their progression and changes through their other albums. I have to say the band did send me their previous ones, Were Ready!, Exploding Universe and Back To Shore and I have to admit I'm enjoying them and it's very interesting the way they're changing (now that I'm aware of their origins) from their 70s punk, to this modern version of themselves. I'm sure I will keep listening to this band and it will be interesting to see where they arrive in the future. But one thing is for sure, with this release they have resurrected the true spirit of an English punk band. 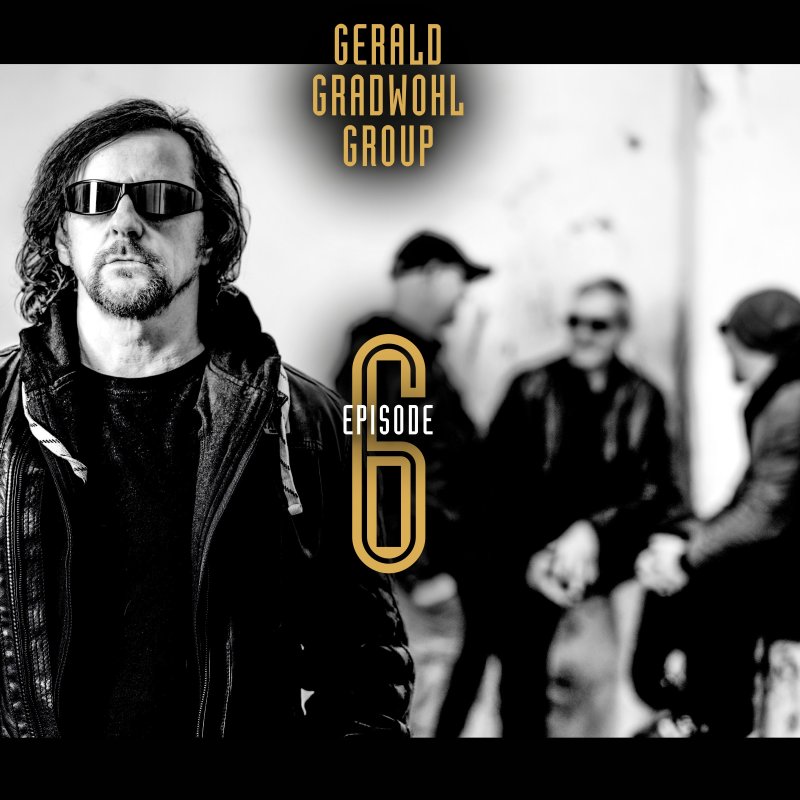 Gerald Gradwohl is probably best known to the prog community as a member of Tangerine Dream circa 1995 - 2007, doing the guitar chores. However, apart from TD, he is also a solo artist releasing five jazz-fusion albums and a participant of numerous European jazz projects. Episode 6 is his most recent output, carrying the flag of instrumental fusion in a classic quartet-format of power-trio plus saxophone. Which, of course, puts the music quite far away from the German electro-wizards.

Now, according to my scrupulously-gathered statistics, there is a 70% chance that you, as a progster, just like me: - once in a while love a jazz fusion album in your earphones - mostly play classic fusion records - cannot really tell a mediocre fusion album from a good one and enjoy the music on a more or less amateur level

If you do not fall under these categories and my assumptions, close this amateurish review and go to a professional webzine for jazz lovers to get a proper analysis. For everyone else, here's my method of placing a fusion record on the map.

If we take four major genre labels (ECM, Magna Carta, Cuneiform and Moonjune Rec.) as “the four corners of the Earth”, Gradwohl's approach is closer to Magna Carta (at times rather aggressive guitar work, including heavy distorted riffs and funk accenting) and Moonjune (interplay between guitar and saxophone), rather than to the minimalist / Nordic EMC or avant-oriented Cuneiform.

It is an oversimplification, but a useful one when describing fusion-related records. On Episode 6 we have a good portion of funky riffs (K-Log), blues rock influences (Positive Grid, Looking for Home), some pieces sounding close to Soft Machine Legacy (The Essence of Time) and The Aristocrats (What's On Your Mind?). The entire quartet presents itself as a tight and professional band.

Although Gerald gives his name to the project, he does not overshadow the efforts of his companions. That is probably what I like best about the record. The musicians seem to have a great respect towards each other, and each member has a chance to show his skills, be it the saxophone player Thomas Kugi, or the rhythm section Lackner - Tanschek or Gerald Gradwohl himself.

An enjoyable and professionally made record. Maybe a bit conservative for my taste, but that may serve as an advantage, providing an excellent opportunity for newcomers to get acquainted with jazz fusion recorded on a modern, quality level.

Phobos Monolith — When The Light Will Fade 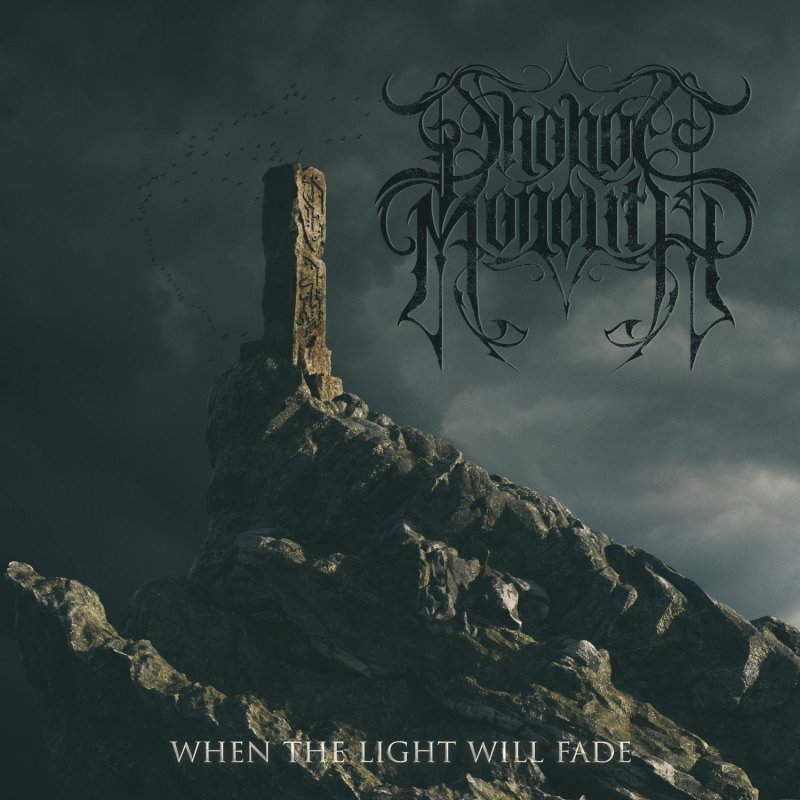 The Phobos Monolith is a large rock on the surface of the moon Phobos. Around 85m wide and 90m tall, it is a fairly heavy bit of the environment. Unlike that monolith, this Phobos Monolith does not come from a distant moon, but they are no less heavy. Having emerged in a much more recent time (2018), the band have landed with their debut EP, When the Light Will Fade.

Immediately, the melodic death sound is present. Chugging riffs with a lead, reminiscent of some of Insomnium's work. The harsh vocals combined with the melancholic tone, gives a fantastic sound.

Continuing in this way, Storm Breaker carries on with the chugging riffs, and leads twisting in and out, to bring out the emotional feel that is hidden within the metal. Oktober brings in some discordance with the main riff, before throwing out the headbanging pace for the verses. A nice interlude with some keys helps to break up the chugs, and leads nicely into the next set of riffs and solos. We are then led into Credo which mixes up the leads a bit, but could be seen as an evolution of the previous track. Similar, but different enough. The mid-point as well brings in a lovely sweeping solo that soon morphs into more leads bursting with mournful sounds.

The title track slows the pace down a bit, but again emulates the tone that has come before. Melodic, heavy, emotional, and melancholic. A good summary of the EP and hopefully a good sign of things to come in the future.

As a fan of melodic death/doom, I was very impressed with this EP. I do have a couple of criticisms, unfortunately. The main one being there is slightly too many chugs for my taste; but that is personal preference! The other criticism is the vocals often sound a bit monotonous and could maybe do with some more pronunciation, so that the words are more distinguishable.

If you're a fan of Insomnium, Belakor or (early) In Flames and Dark Tranquility, you will like these guys. Go check them out. 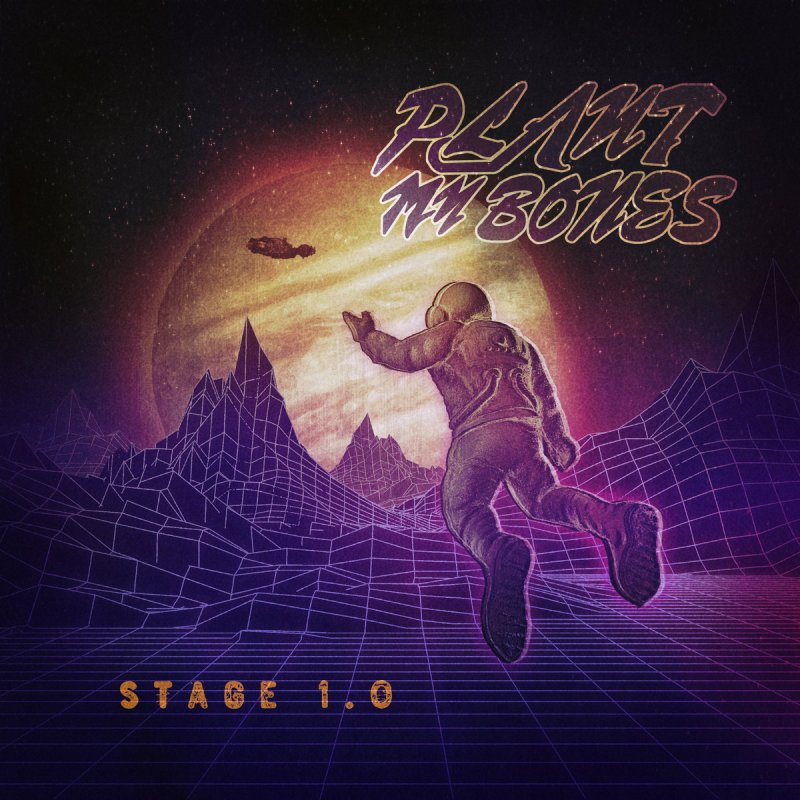 Plant My Bones are a new band hailing from Finland. A trio of a guitarist, drummer and a female vocalist also playing bass and keyboards. This is their debut EP, a fitting introduction to the band's music and hopefully a taste of what is to come.

I love the spacey cover. It matches part of the influences. Metal riffing on the opening track. Red River has an emphasis on space / psych rock and early progressive blues. Back On The Clouds has a new punk energy. Some Pure Reason Revolution comes to mind here. There is prog riffing in The Scheme, also donning a metal Led Zep guitar solo. There is a layer of classic hard rock in many of the songs, but most clearly a Dio feel in that last track.

The line-up matches that of Rush and some structures in the instrumental sections show a similarity, like the opening of the last track.

The vocals are like a combination of Ann Wilson of Heart and Skin of Skunk Anansie; both of whom I admire.

The energy is amazing here. I love it, let it come. I don't need a breather here. I can't wait for their next output; hopefully a full-length album.