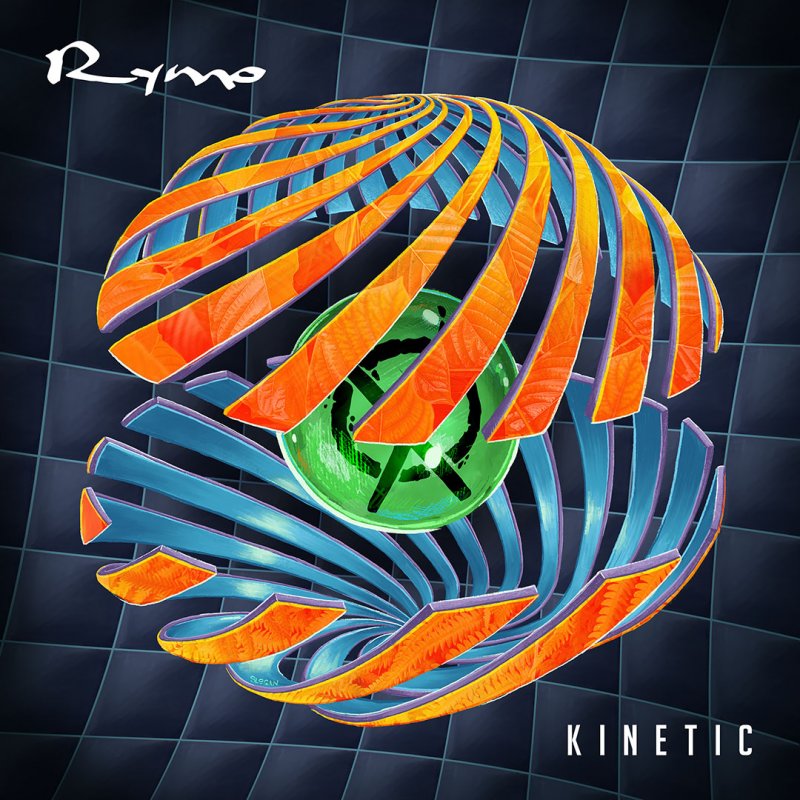 In the world of reggae / hip-hop, which is a sort of a dark, satanic universe for us proggers, there is a damn fine collective named Slightly Stoopid, which may easily qualify as a doppelganger or cousin of Umphrey's McGee. It is a great jam band and one of the few which incorporates such distant styles as psychedelic (almost prog) rock, latino music, punk, blues and hip-hop in an enjoyable way. (Those who consider themselves open-minded music lovers may be interested to check them out.)

Why am I starting my review saying all these dubious things? Because the drummer for Slightly Stoopid, Ryan “RyMo” Moran has released a tremendous solo album Kinetic. Ryan is supported by many top-class musicians including Tony Levin (I am always forgetting the names of those couple of bands in which Tony Levin has NOT played), Farzam Salami (owner of Hollywood Mix Studios), Tom Griesgraber from California Guitar Trio, the renowned and charismatic guitar teacher Marty Schwartz, and Ryan's co-member in Stoopid, Paul Wolstencroft.

And, well, it is such a great experience listening to the result of the efforts of this collective. 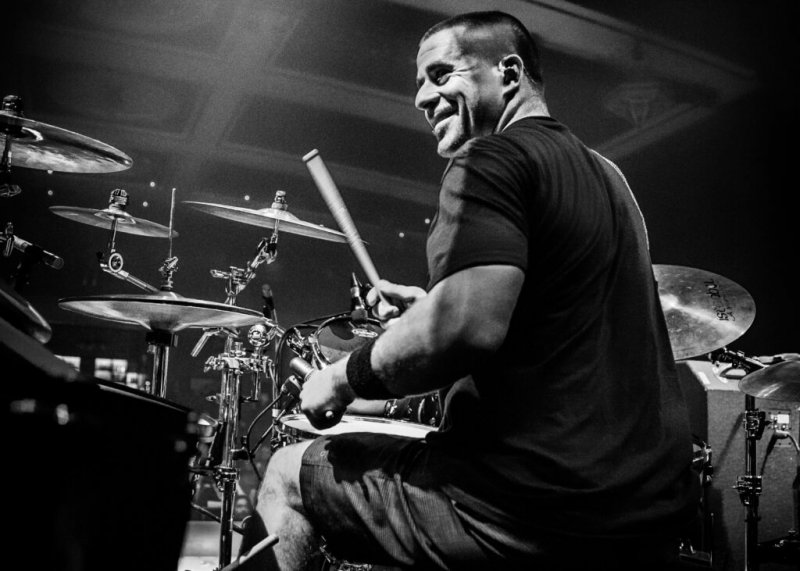 While Slightly Stoopid have a more jamming attitude, Rymo combines a focused approach to compositions with spontaneity and freshness. It has the quality of a home-made lemonade on a sunny day. Imagine Umphrey McGee's versatility without their (at times irritating) alt-brit-pop optimism, with an incredible balance between instruments and the jam skills of golden-era Santana.

If you have doubts about solo records from drummers, do not be scared or confused. The drums never bulge out of the mix here and provide a firm support for whatever the strings / keys / winds are playing. Kinetic is not a show of drum patterns, it is a golden example of a non-egoistic approach to the instrument. What strikes me is how compact Kinetic is. An average-skilled prog band would be recording three to five albums, based on the ideas packed in this one-hour record.

Kinetic is a rollercoaster: music takes the listener from the latino-prog of the title track, through spacey funk on Palindrome and surf-noir on Spy Theme, to sombre Tuatara-like percussion on Skooby Snax. We then have a magical brass section (somehow working well together with atmospheric Airbag-style background) on Mr. Roboto, before the sheer beauty of the bluesy guitar licks and perfect rhythm section on Nebula.

The latter section of the album opens with afro-psychedelia (Megalodon), flowing to beach music (Cubism), a drum solo (Chango) and then the tender Hearin' Everywhere, which reminds me of Ian Anderson's Secret Language of Birds. The album closes with the Arabic-influenced Didg-y-tar and Dream Flight, the longest and most soothing track on Kinetic.

Needless to say that the music here is well-arranged and well-produced. By saying “well produced” I mean that the songs are given enough space to unravel and breathe, not flattened by the over-production that is so characteristic of many modern prog bands. Lovers of Tuatara, Calexico and The Hylozoists would surely rejoice, learning that a new star has appeared in their universe. This is one of the best records of the year.

God bless the drummers. This is top-class music.