Bastian Per — Way Back Home 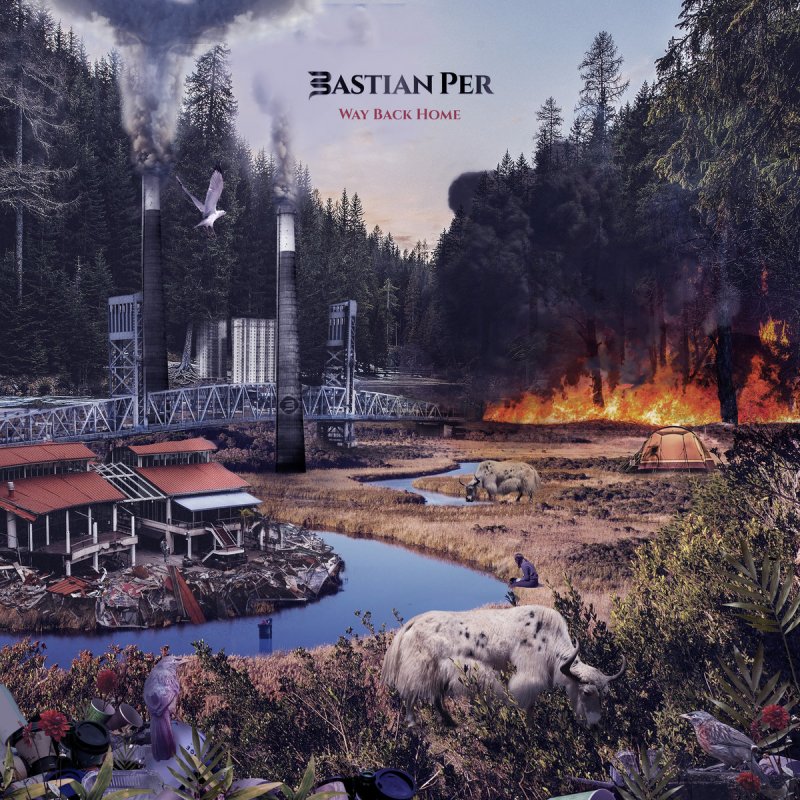 Two years ago I gently gushed about Epic Journey, the promising debut album by this band out of Buenos Aires. In the same review I also covered the live version of the album, released to help in its promotion. If anything, since then, the extra power and passion from the live performance has led it to become my preferred version.

Whilst the debut could be safely categorised as progressive AOR, I am delighted that the band has taken the positives from the live version and evolved into a much heavier proposition. Way Back Home is pure traditional prog-metal heaven.

By way of a recap: the band was created by guitarist Sebastian Prosperi ('Bastian 'Per') who hired 'a band' to deliver his album. They had never played live together until the recording of the live album.

The positive response to this debut, ensured that the hired 'band' became a real band. This album benefits both from the wider songwriting contributions and the experienced gained by playing together in the intervening period.

The biggest leap in class can be heard in the vocals of Mariano Barreiro. On the debut, there is no doubting that he is a good singer. But there was a sense of lacking confidence (and/or experience). I sensed there was more to come, and here he more than fulfils that potential on every track.

Mariano can belt out the hooks on the heavier numbers but there is much more of the melodic hard rock tone to his voice, than the traditional prog metal screamer (think Henrik Båth in Darkwater or Tommy Karevik with Seventh Wonder). In this respect, the up-tempo Through The Fires is perfect. Just perfect. On Seize The Day and The Safe Place he shows he can also perfectly deliver a ballad. Again more Lou Gramm (Foreigner) than James LaBrie (Dream Theater). I know which I prefer.

As with many South American bands there is a clear Dream Theater influence, especially in the way that some of the transitions are achieved. The opening section of the epic title track could be taken from Falling Into Infinity. The parts with crowds chanting protest slogans is probably the only error of song writing judgement on the album. 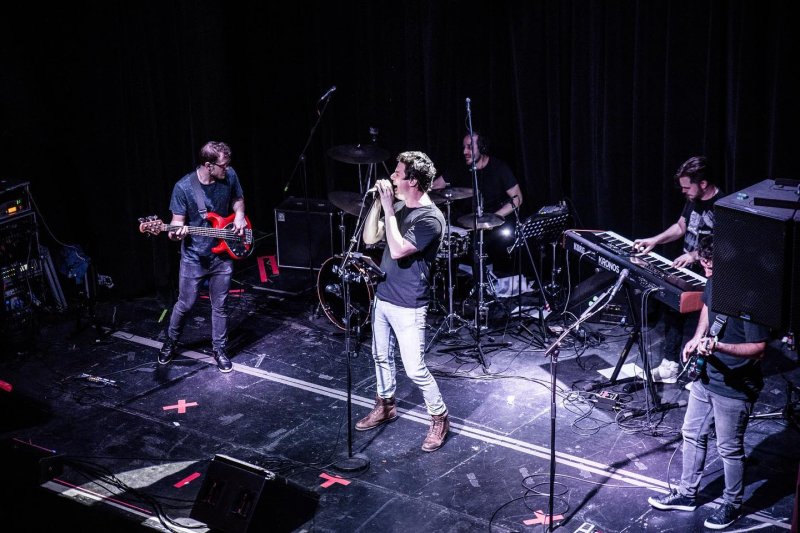 Defeat Device has Mac-era Threshold running through its veins, albeit with the keyboards more prominent in the mix. A fabulous guitar solo. Fabulous song.

The verse of Lonely Shepherd takes a gentler vibe that reminds me of Canada's Hillward, before a chorus lifted from Yes' 90125. I love the variety.

I'm struggling to pick out a favourite track here. On Deadly Virus, the heavier guitar is counter-balanced by the layered harmonies of the vocals, to create a softer balance. Another great track. It even has a mini bass solo!

At other points, the heavy prog of Spocks Beard, Enchant or The Flower Kings is blended with the more balladic side of Dream Theater. This is encapsulated on the instrumental Greatness Delirium. A sharp solo by Derek Sherinian merely reinforces the point.

If you need an extra reason, then there is a loose concept tying the songs together. In the band's own words: "The story revolves around leaders who have lost their focus and questions the impact of human actions, planting the seed to awaken a desperate need for change. In the year of the pandemic, Bastian Per felt the urgent need to address a number of ethical issues and seek shelter in the art of composition."

What more to say? All but one of the songs clock in around the five-minute mark. There is a lot of variety slotted into each five minute packet but the solos are short and to-the-point, and as a result it is very, very listenable.

All that leaves is for me to say that it has been an absolute pleasure to listen to Way Back Home. It is an album that should hold appeal to all fans of the more traditional style of progressive metal. But it is equally accessible to those who enjoy heavy prog with soaring melodies, swathes of keyboards and crunchy guitars.

By delivering one of the best albums of its kind of the past decade, Bastian Per has more than fulfilled their potential (and made me a very happy listener).