Always interested in new psychedelic bands, DPRP's Jerry van Kooten's interest was piqued by the cover of the debut album by Swedish band Nephila. This album was clearly worth a review on DPRP, and to go with that he first had a chat with singer Josephine Asker. 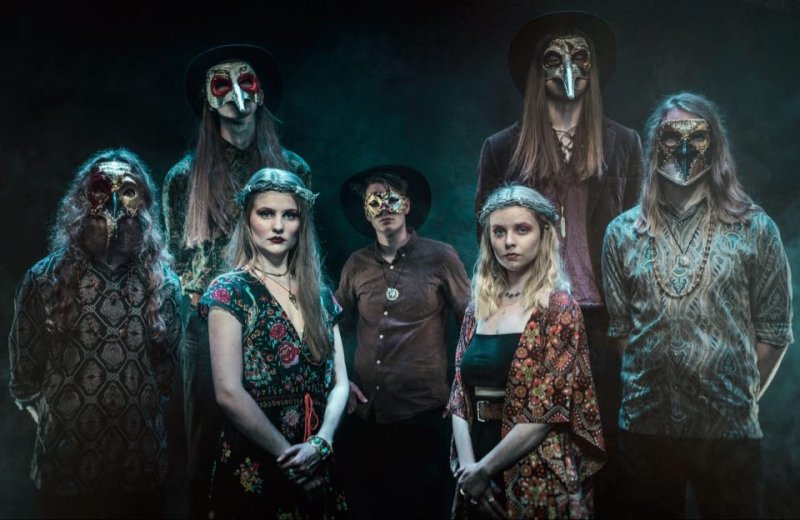 Congratulations on the release of Nephila's debut album! I understand you've been together for about five years now. How did it start and what has happened before you got the chance to record and release this album?

Thank you! We met in a town called Arvika in Sweden, where four of us went to the same high school and two of us were in the same class. We started to play outside of school, at bars, small local festivals and gigs.

After a couple of years, we had a few line-up changes and right after this we entered the national competition Livekarusellen to get "a bit warm in the clothes", to use a Swedish expression, with the new constellation. We actually won the whole thing! At the same time, The Sign Records reached out to us, so here we are!

Two guitarists and two female singers make a surprising line-up. Was that a deliberate plan or did it just happen?

It kind of just happened, but we also really love to have harmonies and double guitar solos. Having two singers and two guitarists makes the sound so much fuller.

Was the musical direction clear from the start? Is it a fixed plan or just a starting point and you will see where time is going to take you?

We wanted to play some different kinds of music outside of school, some music that wasn't "Signed, sealed, delivered", "Play that funky music", or "Sittin' on the dock of the bay", which are the typical school band songs. We wanted to play rock!

We started off with some covers like Pressure And Time (Rival Sons). Then one of our guitarists, Jacob, went to a concert by Swedish heavy rock band Abramis Brama and after that he came home with a self-written song for the band. After this we've just kind of explored our sound and evolved it through time. We all come from different musical backgrounds, so everyone adds their own sound.

I love live music, and especially a musical style like this needs to be experienced live. Am I right in assuming you cannot wait till you can get to play live again?

We absolutely love doing live shows. I feel like we really thrive by playing live. You are right, we will play as soon as the chance comes! We will actually play together again in a couple of weeks, as we're going to record a live session! It will be really fun. 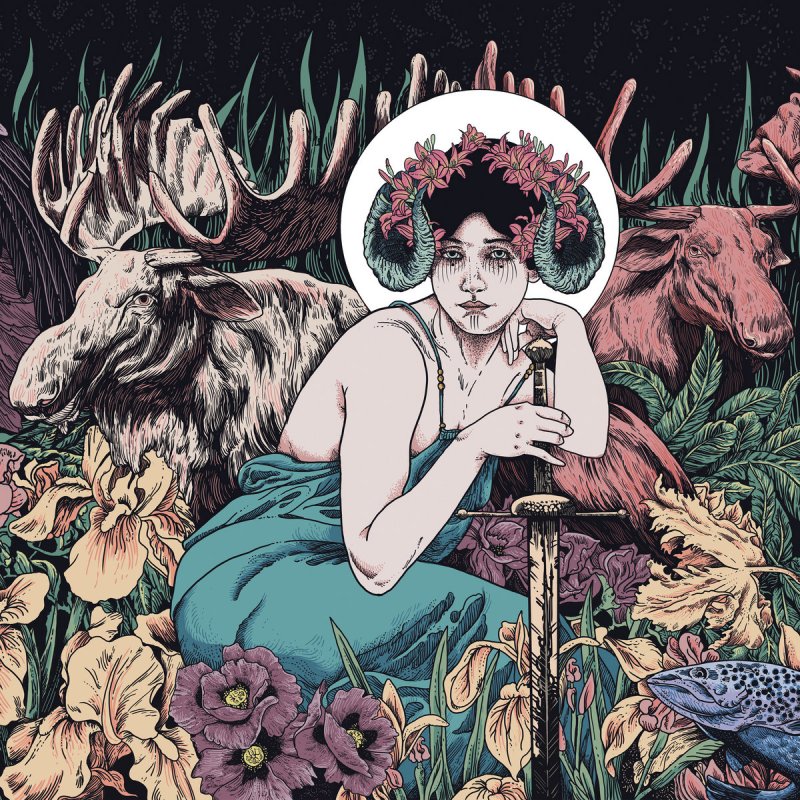 A rather cryptic description. Band members wearing masks. No musicians' names (except on their first single). Do they have something to hide or do they think it should be only about the music?

So what about that music? Without checking the band's history before listening, one of the references I wanted to mention was another Swedish psychedelic band, Children Of The Sün. Surprisingly, the bands share the main guitarist and songwriter Jacob Hellenrud. I've been informed that both bands exist as separate entities, with just one common denominator.

With the main songwriter in two bands, there is bound to be an overlap, but it's at the highest level only, namely the psychedelic banner. The difference, in short, and hoping not to discredit either band (I like both), is that CotS are more blues-rock, and the hippy kind of psychedelic pop and rock¸ while Nephila take the more progressive and darker side of psychedelic. 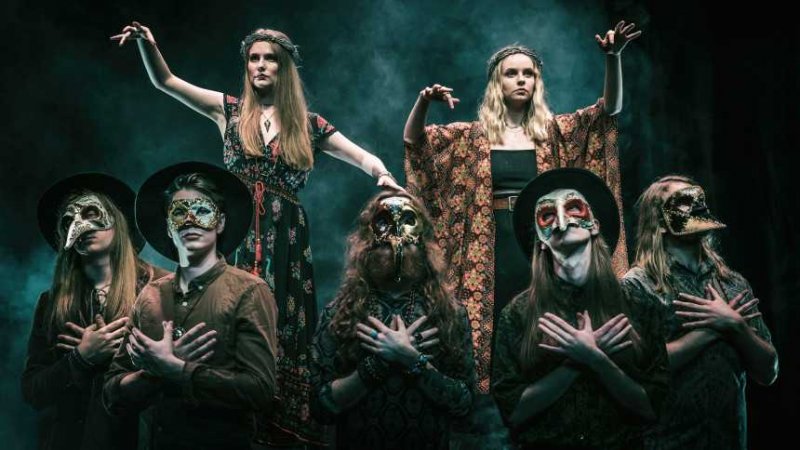 Nephila are swimming in the rather large pool of 1960s/70s psychedelic rock. And like water, the music flows and mixes with other streams such as acid rock, folk, and, of course, prog.

Early hard-rock like Deep Purple or a heavy kind of The Doors shouldget a mention, whilst fellow Swedes Siena Root share a musical field or two with them. The spirit of, well, Spirit is never far away in Mushroom Creatures. But with the double-layered female vocals, it's never very much like any of those influences.

Spacey grooves and bluesy layers, keyboard swashes, proggy breaks and changes. It's not just retro rock, not just acid rock. These songs offer a modern variety on it all and still fit on a single album.

The Swedish lyrics on the last track might add an extra level of mysticism for those who don't speak the language. The slow build-up is somewhere between Agusa and Aldi Dallo Spazio.

The two female vocalists have voices that complement each other, leading to nice harmonies. In several places they have two vocal lines at the same time. It's a relief to hear relatively young voices with a certain timbre, warmth and anger. This adds variety to the songs and therefore the listening experience.

Although most of the songs are relatively short compared to many prog reviews, they offer great diversity. The closing one shows that the band knows how to write and play a psychedelic trip, something you probably already expected when hearing the more compact compositions that preceded it. Now, when can I see this band play live?!