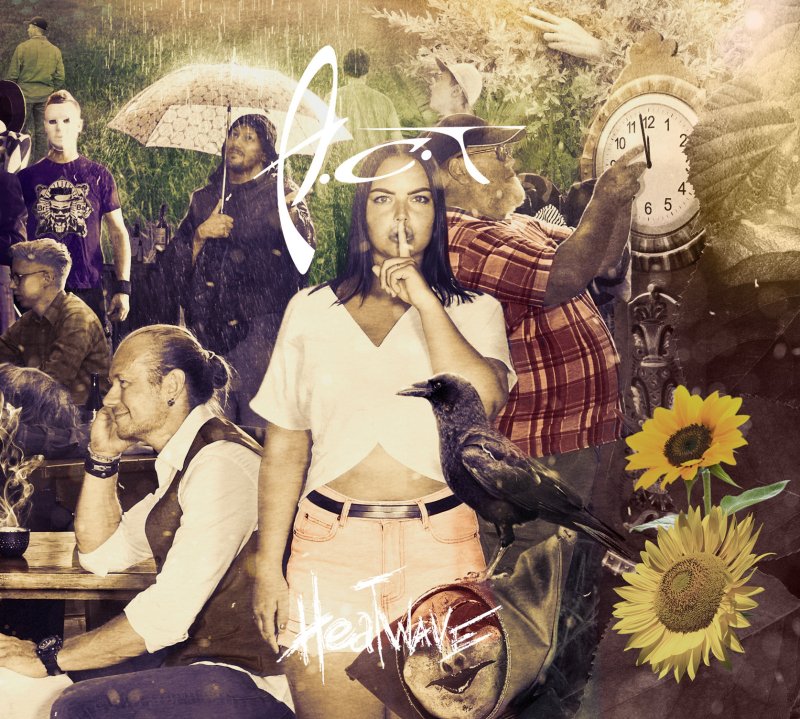 I suppose we all have them. A much-loved and deeply-cherished album by a (favourite) band that always picks you up from the deepest emotional ravine or your darkest circumstances. A beguiling effort capable of replenishing one's drained energy levels, instantly changing them into fully-charged batteries of life. A.C.T., at least in my case, have the distinct pleasure of being featured with multiple efforts in this undefinable category.

Responsible for this soothing effect is their highly addictive mix of progressive pop, AOR and prog-metal which yields ingeniously-complex, yet infectiously-easily-approachable compositions, shaped by an abundance of uplifting melodic richness with well-crafted, tightly controlled, musical deliveries and excellent vocals.

A magical carpet flight, on an intertwining Persian rug of enchanting melodies, riffs, twist and turns, anticipated surprising breaks, breathtaking harmonies, luscious symphonic orchestrations and dynamic grooves drenched in an unrivalled joy-provoking catchiness. A bundle of penultimate 'Eat your heart out Pharrell Williams' happiness that creates an inventively energetic and cheerful experience which ... well, you get the picture.

As the second instalment in a series of four EPs, preceded by the aptly-titled Rebirth, Heatwave sees A.C.T. continue their reconnecting path in a most comforting way. I'd even go so far as to say that this refreshing collection of tantalising compositions surpasses Rebirth's excellence, thereby magnificently touching upon the old and the new. 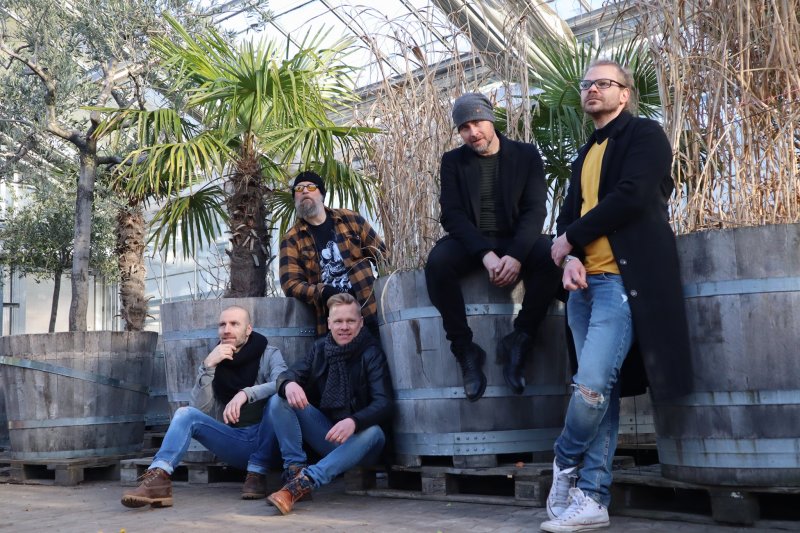 The awareness of a quartet of EPs, besides making my heart skip a joyous beat from anticipating foresight, makes several connections to Rebirth fall perfectly in place.

One of those is Heatwave's strikingly familiar artwork, which in hindsight turns out to be vaguely visible in contoured form on Rebirth's backside. Any precognitive aspects on Heatwave's flip side are well hidden in dark clouds, and for the moment remain for the most part a mystery. Yet the magnetically artistic front-cover extension continues to shed insights and speculative scrambled hints to A.C.T.'s collage of darkening messages. An epistle, which in a remarkably appealing way, stands opposite to the uplifting nature of the band's musical marvels.

Before the pinnacle of new, it's familiarity first as the curtains open up and the ceremonial buzz of Intro turns the clock instantly back in time as a sublime trip down memory lane reveals itself in Checked Out. It puts Rebirth's strong effort instantly to the test, through lovely, confiding melodies and playful dynamic structures, played with speeding ease and captured in an all-encompassing vibrant mix.

With perfectly flowing lead vocals from Herman Saming, who apparently has discovered the illustrious fountain of youth, blossoming key flourishes and a highly contagious rhythm section of Peter Asp (bass) and Thomas Lejon (drums), the composition manoeuvres excitingly through carefully arranged; alternating musical movements as drama and mild prog-metal elements are added to the tantalising keys from Jerry Sahlin and great leads by guitarist Ola Andersson. In every way imaginable the song bears A.C.T's trademark which links it swiftly to their prestigious debut.

Brother's relatively careful opening, feels equally enchanting and cheerful, with lovely touches on keys somehow projecting visions of Deep Purple's Child In Time, perchance subconsciously instigated by Heatwave's wonderful detailed album artwork. Engagingly gliding forward in a continuous, interchanging stream of intricate and overwhelming melodies, the song shows the magical interplay of the musicians, neither once overplaying a note. With Andersson adding some delightfully cooling guitar refreshments and Sahlin broadening his scope with lusciously orchestrated symphonies, it ends most satisfyingly.

Dark Clouds surprises, as contrary to its ominous reference, it represents a beautiful ballad with touching, restrained movements and gracious melodies in which enchanting symphonies and caressing vocals add sensitivity and emotion.

The ultimate outspoken contrast is to be found in the ravishing A.C.T. classic Heatwave, bursting out of its limitless restrictions with radiant signature A.C.T melodies. A stunning example as to why I'm hooked on music by A.C.T. It burns troubles magically away and makes you want to go singing in the rain, surrounded by lightning storms. It's underlying message of global warming is conveyed through an astounding array of extremely tight, precise executions and refined, cheering melodies that thrive through impeccable flows of combustible tempo changes shining bright with flashes of Queen and City Boy. A harpsichord brings enlightenment and empowering metal adds fuel. It's quirky rhythmic diversities, met by a lovely variety of interactive lead vocals from Saming and Sahlin, reaches a radiant high as magnificent synth passages flow ever-so-smoothly into the futuristic opening chords of The Break Up. 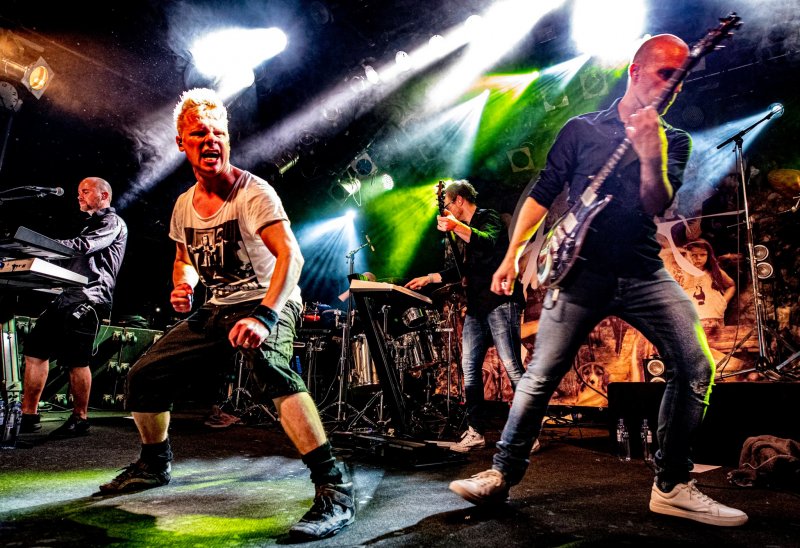 It becomes one of those rare moments when words simply fail to describe the beauty of this majestic finale in which strings and violins flame with ELO and Trickster bliss. One of A.C.T.'s finest and most goosebumps moments, showcasing their incredible songwriting and arrangement skills most luminously.

Once again A.C.T. have released a wondrous 'you can wake me any time' album that brings instant joy, felicity and warmth from start to finish. Music that gives energy and brings bags of fun that keeps me going for hours despite its short length, which is quickly resolved by a natural compulsive touch of a repeat button. The creatively, musicality and ideas crackling within these shiny compositions, show that A.C.T. have been, still are, and always will be, a force to be reckoned with.

With no weakness to be found whatsoever, as every song after the short opening statement of Intro is a winner, close acquaintances and fans of the band will have no other option than to lock this astounding EP close to their burning hearts. For A.C.T. novices, (which are far too many for this criminally underrated band in my opinion) Heatwave is an exceptionally fine effort to start exploring their unique, eclectic, sunny universe.

A highly recommended release that delivers in abundance. For the moment, my only wish is to see these guys from Sweden rock live in Holland once again, as it's been far too long. Also for the fact that I need to become acquainted with the energetic dance routine exercises again in light of Covid's aftermath. Brilliant stuff! 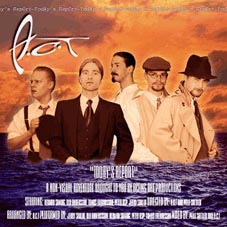 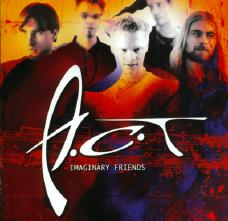 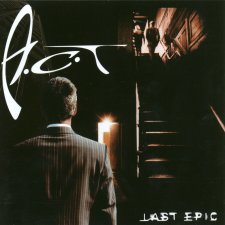 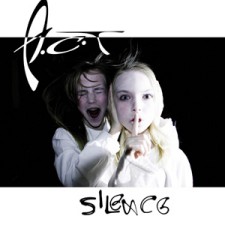 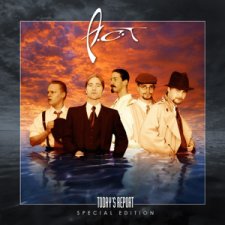 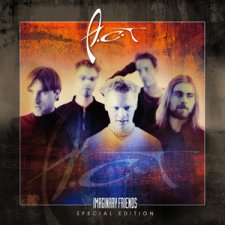 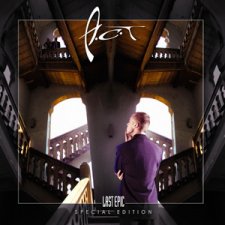 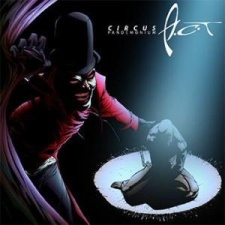 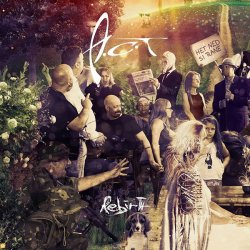