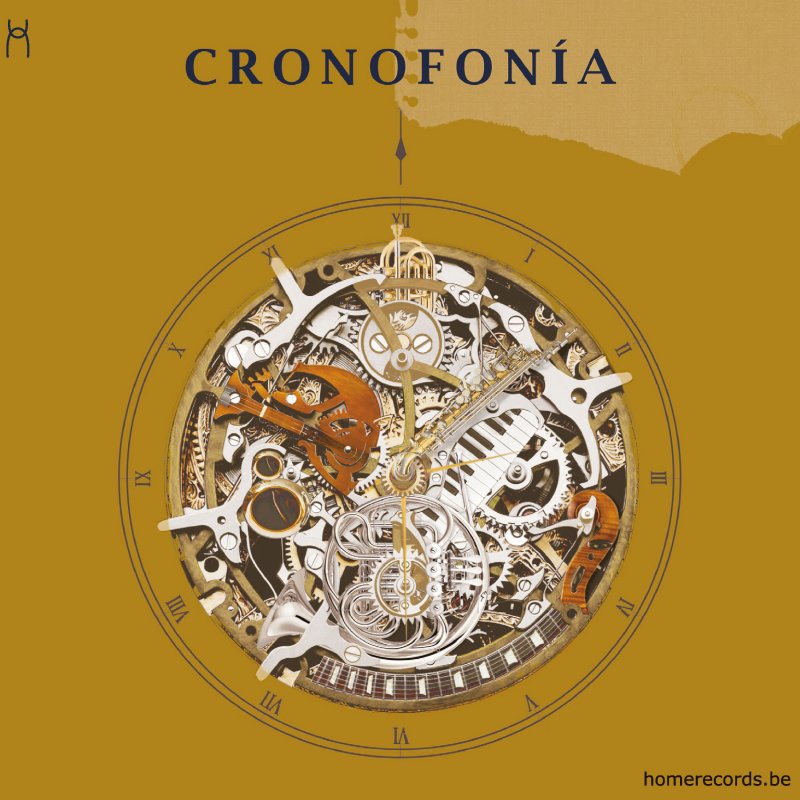 Cronofonia, sound of time, time of sound. The name of this particular music project comes from the merging of the words Cronos (from the Greek "khronos", time) and Fonos (Greek "phonos", sound). It carries a double meaning as sound of time and time of sound, which is directly connected with the universal idea of music in a very fundamental level.

In this particular case it also implies a "travelling in time through music". The idea of Cronofonia's first album is to tell a story by the means of sound. We have two principal heads here, Pablo Patricio Ortiz and Joaquín "Negro" Ortiz. The project has many guests from Mexico and Europe, bringing different styles to this table, from rock, folk, jazz and classical music; all in a unique fusion approach.

This self-titled double album was originally released in 2020 in Mexico in a Spanish version. They have just released the English version.

As I said, Cronofonia has many international guests: 26 of them! You can check them on their website and their bios, just to realise that are all great musicians with impressive backgrounds. So the quality on this album is guaranteed.

Also the concept of the album is very interesting and really well developed across the whole piece. The double album narrates the story of the 60s and 70s generations, which is remembered for having experienced historical changes and social transformations. The main character of this concept is a songwriter who talks, during the lapse of a day, about the problems, the worries, and the hopes of that generation while looking for a solution to his existential anguish. In the end music comes to rescue him.

As one can see, the concept is totally related to the band's name and as they say: "Cronofonia is the sound of our time. Embraces resonances of the past, expresses our present and presage futures. Music of time". The only doubt that comes to my mind is what will happen if they release a second album. I guess they will have to change the name of the project...

And the music? Well, one can guess that we have a bit of everything here in the vein of Ayreon but without the metal parts. There are more jazzy parts. As mentioned before, the music is perfectly executed and the vocal parts and melodies fit very well. Even the soundscapes and instrumental pieces between the songs fit well into the concept. If I had to highlight one thing, it would be the saxophone. I really love how it works across the whole album. So if you like that instrument, you will probably enjoy this album.

We have here two main songs divided into several acts, and different songs that link those parts. Several melodies are found in several places under different guises.

Cronofonia is not an easy album. It is one that needs time, more than two hours in fact, but one that you will like if you listen to it carefully while enjoying the infinite nuances it offers. I can only congratulate all the people involved in this project because the final result is really good. Now I'm going to check out the Spanish version, so perhaps I can understand the concept of the album a bit better.