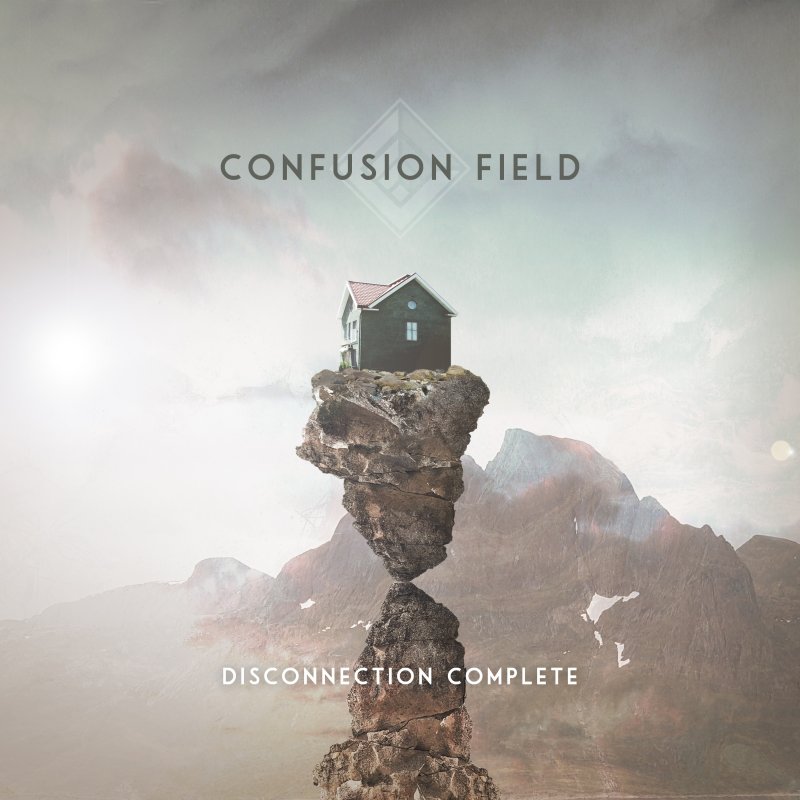 Behind Confusion Field one finds multi-instrumentalist Tomi Kankainen (lead and backing vocals, bass, keyboards, guitars). Having previously earned his stripes in bands like Waterfront Weirdos, Morningstar, Murder In Art, and Heathen Hoof, playing musical styles that range from progressive rock to death metal, Kankainen in 2010 made the decision to start making music on his own. Sometime in 2017, when he felt his compositions started to develop a distinct progressive sound, this led to his newest venture, Confusion Field.

This was first brought to my attention in 2019 when Kankainen released the promising singles Sky Is Never The Same and Distort Reality. Two years later and Kankainen finished the recordings through the aid of old bandmates Markus Jämsen (Swallow The Sun) on lead guitars and Petri Honkonen on drums. The resulting Disconnection Complete sees him deliver a brilliant debut album on all fronts.

Confusion Field's musical amalgamation claims to incorporate elements of prog, pop and metal, to which I would like to add electronic music, New Wave and the elegance of post-rock. A unique combination which on many occasions creates Riverside and Porcupine Tree atmospheres and yields mild Pink Floyd associations, while the divine use of synths, riffs, melodies and the graceful, tantalising guitar sound of Jämsen pushes brilliant Rush Grace Under Pressure memories to the fore.

Sky Is Never The Same opens with delicate New Wave structures, surrounded by great sonic depth in which multi-layered sounds reveal themselves underneath some vibrant Nektar-ish bass play. Its graciously flowing mood changes ignite visions of Riverside and Porcupine Tree, while the electronic surroundings heat it with a warm eighties appeal. Kankainen's melancholy-drowned vocals bring impact and scope to the bombastic rock and the intricate restrained passages in which the bridge (thriving on majestic guitar, shortly after returning to comforting memorable melodies), is sublime.

The swirling, atmospheric synths, New Wave/pop structures and Kankainen's warm vocal brings delightful impressions of Morgendust in Close Call, where detailed electronic richness and sophisticated synth embellishments ignite memories of The Fixx, as well as Richard Barbieri. This luxurious attention to detail yields a magnificent musical mixture that slowly intensifies before impressively gliding into Nothing Hold The Storm. Slightly up-tempo, this song continues in with synths mindful to Rush (not for the last time) while its initial acoustic nature and attractive dynamic run, boils-up to a splendid melodic solo from Jämsen. More graciously mellowed melodies glide into Depeche Mode surroundings as variegated vocal interactions lead to an excellent coda thriving on bristling electronics and synths. 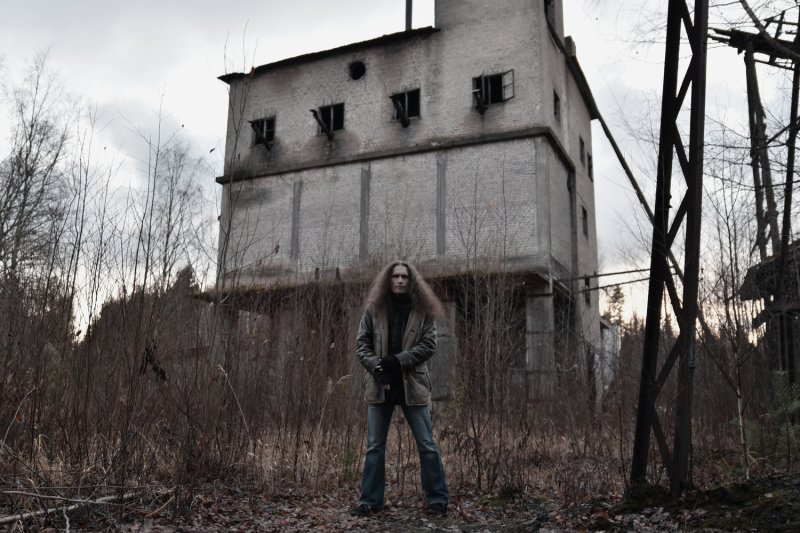 The initial peaceful and desolate melancholies of Become Invisible brings emotional Sam Braun sadness, which blasts into luscious mystic rhythms that project a pristine Rush-sound. The composition glides with comfortable ease through an oasis of delicious movements with tantalising bass lines keeping the pace of the song securely at bay with Rush-elegance. The overwhelming opening of Distort Reality offers more gracious atmospheres and stately predicates to the richly-fuelled electronic flourishes.

With surprising Flame Dream flashes as deformed vocals interact to Kankainen's expressive deliveries, the song's majesty seems to grow by the minute, before it momentarily rests in breathtaking electronic views, stridently converging into the equally impressive Anxiety Reflected. Continuing to spread feelings of hopeless emptiness, the song's reflective atmosphere and perfect amalgamation of synths and immaculate guitars, breathes Rush from all its pores. In itself a glowing delight that's beautifully elevated through Kankainen's vocals that superbly express feelings of despair, acquiescence and restless anger.

Up to this point there has been a great flow to the album, gradually building in intensity as alternating melancholic dark atmospheres with elements of monumental song structures converse with into fragile passages. There is another energetic highlight in See Through Walls. Accommodated with prominent bass play and a beautiful bare bridge with moving guitar, it's an awakening feeling of isolation and desolate hope that gets the upper hand, achieving effective completeness in the final two culminating moving compositions.

Zen Garden Moment offers rippling bass lines, embraced by an alluring ambient and psychedelic bliss. Food for thought to Porcupine Tree adepts, where David Bowie's spirit casts oppressiveness. This is all washed away by the exquisite, dense intensities accomplished in Connecting The Dots, which brings a delicious, emotive end to this fantastic album.

Captured in an excellent contemporary sound, Disconnection Complete turns out to be a wondrously irresistible musical conjunction. This is an album that keeps on revealing variegated musical maturity at each turn, whilst persuasively sharing Kankainen's theme of the struggles and decisions of an individual in a modern world.

After an extremely amazing musical 2020, in which many highlights saw the light of day, 2021 seems to continue this trend very convincingly. Arranging a personal top 10 list out of all the beautiful albums that appear yearly is usually a difficult procedure. That has not been made any easier by Confusion Field's very convincing and astounding debut album. It's a successful project, worthy of a mandatory listen for fans of modern progressive rock. 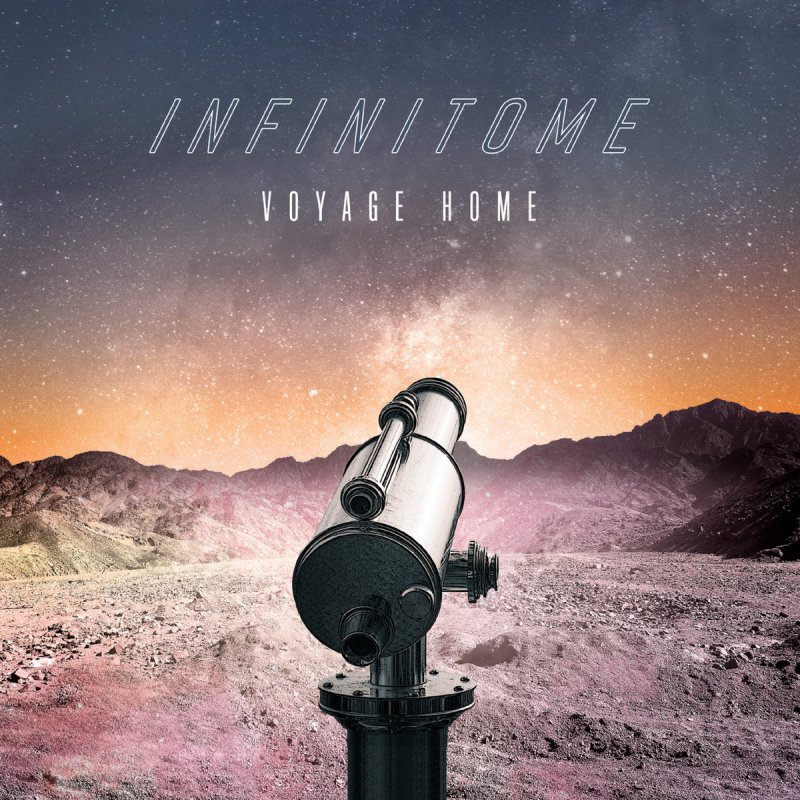 Infinitome, a name coined by twin brothers David and Richard Horn, is a mash-up of infinity and tome and under that name they make expansive, symphonic progressive rock that ticks all the boxes.

Their debut album Voyage Home is, barring one track, an instrumental, science fiction epic. The plot revolves around the discovery of an object by an archaeologist on his home planet, which is called Destiny. When the object is translated, it uncovers the origins of Destiny's inhabitants, with potentially disturbing results. The plot is fully explained in the rather nice booklet accompanying the release.

The Voyage Home begins with Far Beyond Our Star, a scene-setting song that in the company of what follows, is the weakest tune here. It may be because this is the most illustrative track on the album that I have found it difficult to warm to. Here the Horn brothers have enlisted the vocals of Rinaldo Martinez, whose voice mixes the strident, with the talky; a sort of American Andy Tillison (The Tangent) if you will. Though having said all that, the opener has its moments especially the build to its thumping climax.

The next 65 minutes of music is a festival of instrumental symphonic prog rock. The brothers display a sympathetic connection, even though it was recorded at a distance as Richard (bass and keyboards) lives in Tucson, Arizona and David (guitars and tenor sax) is in New Jersey. Fitting in with them, is drummer and percussionist Scott Higham and together they form a formidable musical unit.

The brothers Horn have played in many bands together over the years and they are lifelong progressive rock fans. Voyage Home is a tribute to the classic era of symphonic progressive rock, as well as adding something to the world of modern progressive rock. They develop the classic sounds of bands such as Yes, Kansas, Camel and Genesis but add some metal elements. But on the whole, they wear their prog hearts on their sleeves.

Each track is superbly crafted and contains multiple musical ideas. Lesser bands would stretch the ideas in a single track, over the length of an album. The tracks brim with a multiplicity of vintage and modern keyboards with lashings of guitar, all given a rock-solid foundation by the rhythm section.

Infinitome are not afraid to barrel-along, only to stop on a dime as they incorporate dynamic volume and tempo changes. Arrival is a case in point, offering full-on symphonic prog with a synth solo out of the Greenslade playbook, duelling it out with an equally fiery guitar break. Terrific stuff.

Chugging guitar riffs modernise the sound on Forward Back. There is a Floydian grandeur to the organ and acoustic guitar opening of Armada, evolving into something entirely of their own making. Reinvention pushes into Steve Hackett territory, then kicks in surprisingly heavy and fast-paced, before a stop/start section morphs into a sunny, almost West Coast melody.

With most tracks clocking in at around the ten-minute mark there is a lot of music to absorb, and none more so than on the title track. Voyage Home has the feel of uber-soundtrack composer John Williams letting his hair down and jamming with Still Life-era Van der Graaf Generator; all organ runs and parping sax and a melody you can still hum in the shower.

Other than the slight misstep of the opening track and the occasional element of bombast (but where would prog be without that) there is much to enjoy here. Let your ears settle into Infinitome's sound-world and subtleties and nuances become apparent amongst their symphonic sonic attack. Infinitome's Voyage Home is a significant debut.