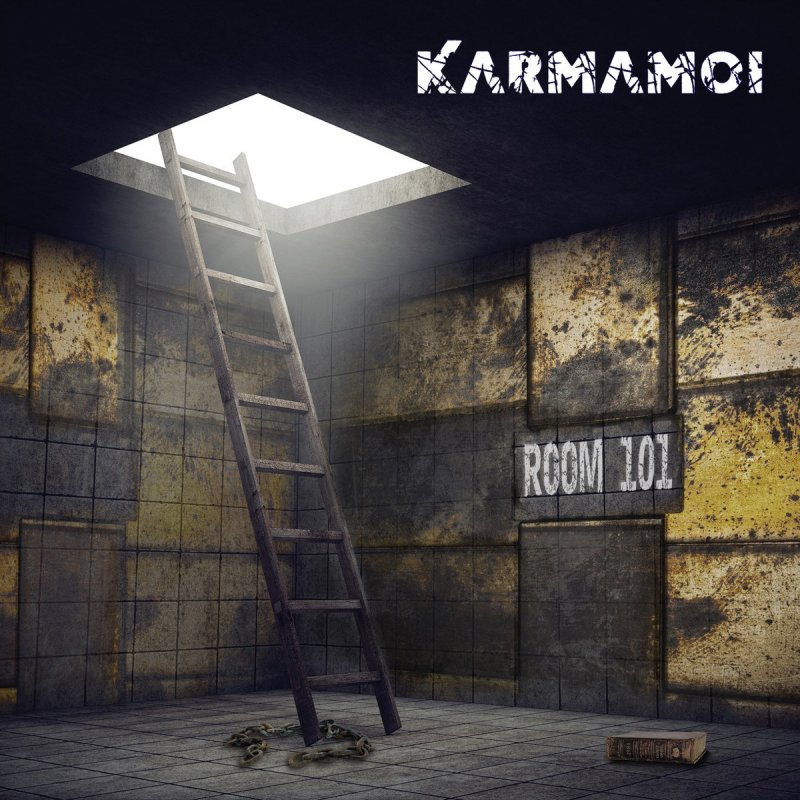 First published in 1949, the book 1984 is George Orwell's dark prediction of a dystopian future under the watchful eye of Big Brother. Several prog artists have released similarly-titled albums in an attempt to capture the mood of the book, including Hugh Hopper, Rick Wakeman and Anthony Phillips. Thankfully, Orwell's prophecy never came true (although some may argue otherwise) and although the year in question is now 37 years behind us, the novel itself and its bleak message continues to resonant in modern culture.

Room 101 is the fifth studio album by Italian proggers Karmamoi, and as the title suggests, it's a concept based on Orwell's novel. Room 101 is the torture chamber that features in the latter part of the book and holds the key to the whole sinister story.

The trio behind Karmamoi are Daniele Giovannoni (drums, keyboards, backing vocals), Alex Massari (guitars) and Alessandro Cefalì (bass). As none of them are singers, Sara Rinaldi provides the bulk of the lead vocals as she has done on previous albums. Other guests include the great Steve Unruh on violin, one of the unsung heroes of contemporary progressive rock.

Appropriately, given that this is a concept, the album has a bold, almost operatic sweep, with surging choral voices, dramatic instrumentation and an average track length of around eight-and-a-half minutes. Giovannoni is responsible for the music and the majority of the lyrics, while his keyboard work is mostly textured, allowing Massari's rhythm guitar, cutting lead lines and heavy riffs to shine. Giovannoni's punchy drumming is matched by Cefalì's powerful bass work.

Album highlights for me include the atmospheric opener, Memory Holes, with its bubbling synth, shuffle rhythm and searing violin. My favourite track, Drop By Drop, begins with a slow vocal sequence (almost like a funeral march) before bursting into an anthemic choral hook. The serene midsection has a touch of Pink Floyd atmospherics about it, before playing out with Massari's majestic cadenza, backed by a stunning choral finale. 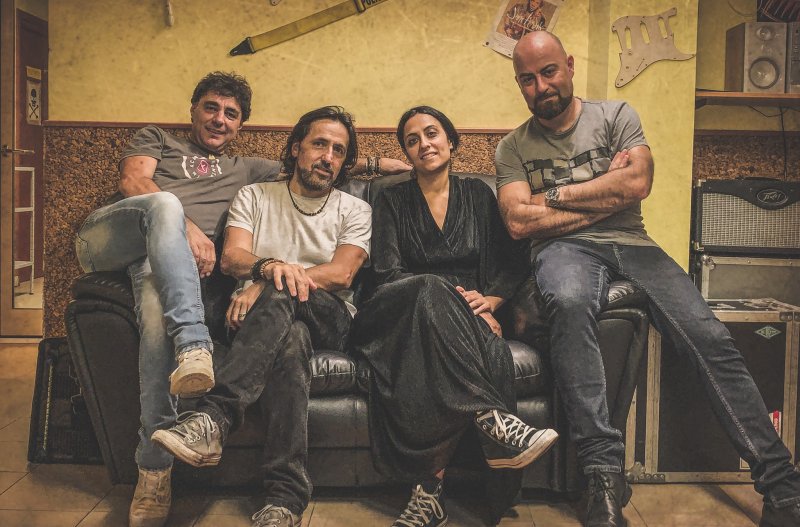 The longest track, Zealous Man, has post-rock tendencies, featuring another slow, meditative intro that develops into a soaring, orchestrated and choral sequence. The latter half of Newspeak is dominated by a moody Moog solo, courtesy of Steven Wilson's keyboardist of choice, Adam Holzman. He is also responsible for the jazzy piano chords in the tranquil coda, supported by Unruh's exquisite bowing.

Although the heavier tracks Dark City, Room 101 and The New World are less pleasing to my (admittedly ageing) ears, this is an album that has a great deal to recommend it. It's a superb ensemble performance from all those involved, including arranger and keyboardist Emilio Merone who I haven't previously mentioned. Sara Rinaldi in particular should be applauded for her superb vocals throughout.

Room 101 is a fine musical update of Orwell's vision, capturing the power and the intensity of the source novel. If you have a liking for Gazpacho, Porcupine Tree and Ayreon, then this should appeal. Full marks also to the band for providing a CD for review purposes, which is becoming a rarity these days.

It's a pity for George Orwell that he set his book so far into the future (he died less than a year after its publication). Given the attention it's received over the years, he would have made a fortune from the royalties.

David Bowie famously wanted his album Diamond Dogs to be a musical adaptation of George Orwell's great novel 1984, but was refused permission by Orwell's widow. From the title of this album and the titles of several of the songs, one can guess at Karmamoi's similar intentions; and according to their press release, their album "revisits some of the novel's themes and concepts, adapting them to the present day and focusing on the human mind and its weaknesses." Given the excellence and fame of the novel, and their own mighty intentions, the band's ambition is great indeed. But is the album a success?

This is the fifth album by Karmamoi, a three-piece Italian band that manages to sound much bigger.

Let's start with the last song, The New World, in which we hear some of the virtues and flaws of the whole album. Like several of the other songs, it's a self-consciously "epic" song with several parts, ranging from quiet to loud. And it's one of the songs on which one might wish for a stronger singer. Rinaldi's voice is good, pleasant but unexceptional, and perhaps not powerful enough to successfully deliver lyrics of such import, or to match the controlled fury of the other players.

Another near-miss is the album's longest song, the 11-minute Zealous Man. It starts quietly, just piano and voice, but (how many progressive-rock songs follow this pattern?) it erupts after a couple of minutes into a flurry of drums and guitars; alongside which, again, I don't think Rinaldi's voice can quite stand. Then we're back to the quiet, and then once more to swirling drums, bass, guitar, and keyboards. The formula repeats several times in the song, and, quite frankly, it all tests my patience.

Some other songs are more successful. The first song, Memory Holes (which is still, like most of the songs here, too long, at nine minutes), gets the album off to a good start, with ominous keyboards supported after a minute by Giovanni's thunderous drums. What follows is some of the most direct music on the album.

On perhaps my favourite track, Drop By Drop, the keyboards are put to good use, especially in the middle section, which might remind some of the early glory days of Tony Banks and Genesis.

The lyrics? I will say two neutral things. First, this is a very ambitious project, and the lyrics were always going to be hard to write, given the source material. Second, I suspect listeners who haven't read 1984 will appreciate the lyrics more than those who have. The novel can't be bettered, and perhaps just shouldn't be adapted. That's not to say I don't appreciate ambition but only that it may be that the band would have done better to come up with its own subject material, rather than risk the inevitable comparisons that arise from depending (even in part) on the work of a literary giant.

And now I must answer the question I posed at the outset. Yes, the album is a success; but a qualified one. The musicians are very good indeed. The songs are mostly too long to sustain constant and repeated interest. They are full of musical ideas. The lyrics do what the band wanted them to do (or so I assume). I admire the zeal and talent with which the band attacks this project, but (what an odd thing to say!) I'd like to hear them be a bit less ambitious.