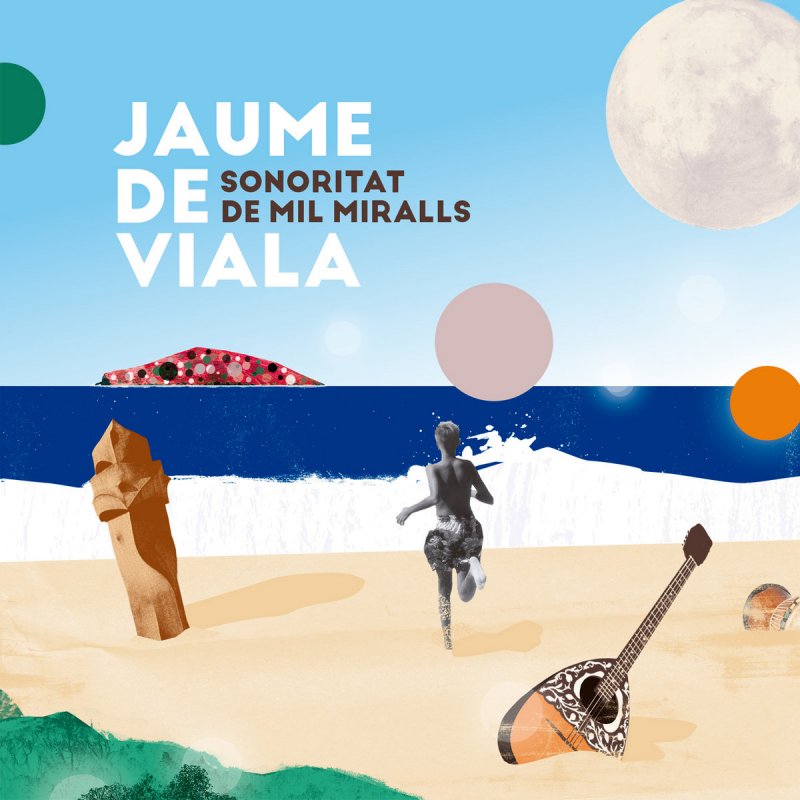 Many years ago, guitarist Jaume De Viala was a member of Celobert Màgic, whose music was described as "Catalan progressive ethno-fusion". De Viala has taken on the task of modernising, or re-inventing the music. The Catalan spirit is still there, but many years of musical experience has also brought jazz and prog into the melting pot.

Some of the songs are instrumental and several with the delightful voice of original Celobert Màgic singer Judit Cucala. The majority of the songs I associate with memories of sitting on a Spanish beach, watching the sunset. Most of the songs are too short or too slow to develop into something that is interesting for the average prog fan.

The playing and the production are excellent. If next to your daily dose of prog, you like a bit of Catalan music, you should definitely have a listen.

Vince DiCola — Only Time Will Tell 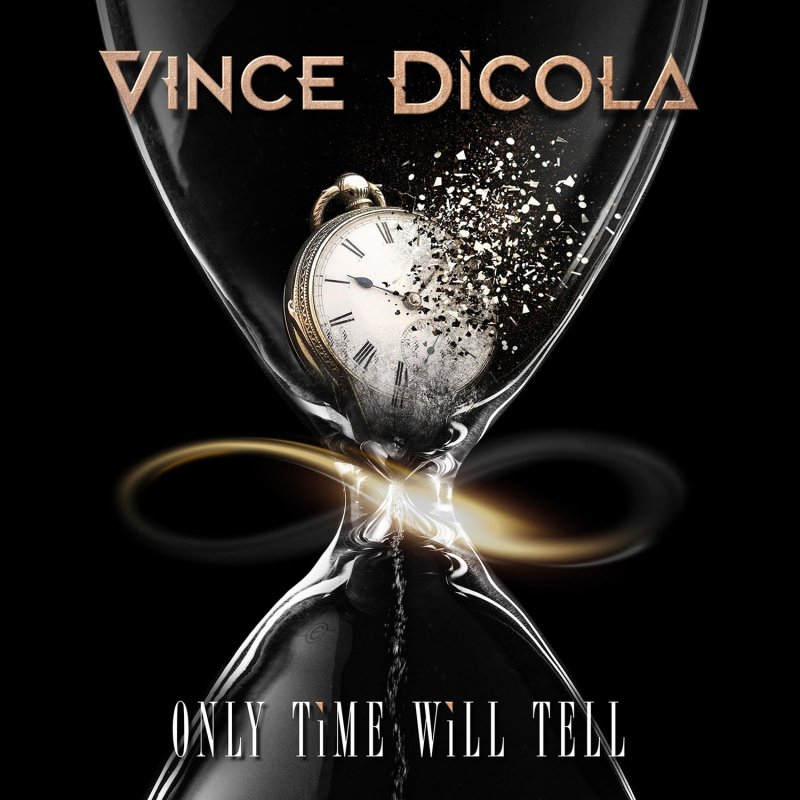 Vince DiCola is a musician and songwriter who moved to LA in the 80s, becoming involved in some well-known film scores such as Staying Alive, Rocky IV and The Transformers: The Movie. Fans may also remember Vince's collaboration with Doane Perry (Jethro Tull) and Rick Livingstone (Agent) on the Storming Heaven release Life in Paradise in 1996. Since then, he has been active in the capacity of producer, has recorded and performed as both a solo artist and as a member of several bands (Thread), and continues to work as a session musician and contributor to film soundtracks as composer and performer.

Vince has been involved with some of the best musicians in the business over the years, and the 13 songs on this retrospective collection have been co-written with, and feature, artists such as Bobby Kimball (Toto), Jason Scheff (Chicago), Steve Walsh (Kansas, The Streets), Rick Livingstone (Agent), Roger Voudouris, Stan Bush, Mark Boals (Yngwie Malmsteen), and Ellis Hall.

This album is packed with AOR ballads that bow to the influence of Toto, Chicago, Survivor, Kansas, Foreigner and the like. A couple of tracks include some art rock sections (Just Hanging On and No Risk, No Glory).

Bound & Gagged (dating back to 2009 when it was submitted for the Transformers sequel) is the only song that really rocks out. The highlight and the most progressive song is the closing rock-stomp of Suffer The Children featuring the voice of Steve Walsh. It's almost worth getting the album for this song alone.

Indeed this is a great album for those who enjoy great singers, and Vince himself shows that he has a great voice, in addition to his talents on the keyboards and piano. 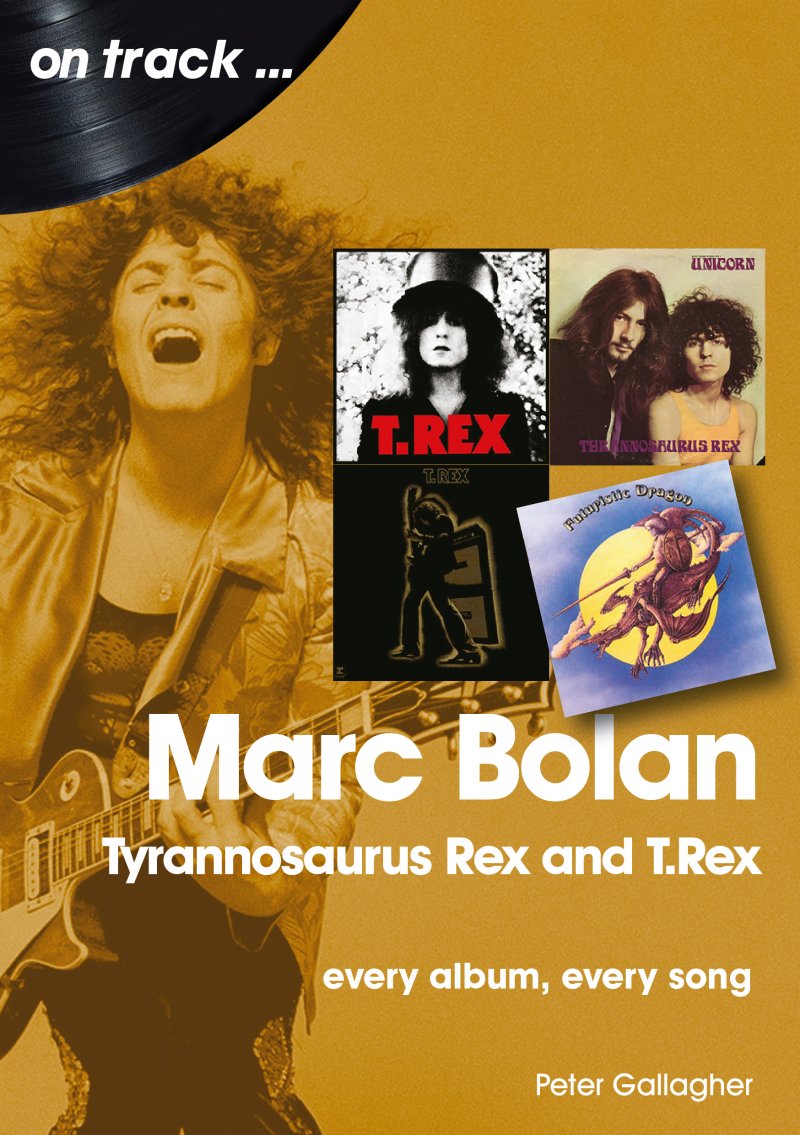 Growing up in the 80s meant that I missed out on every single aspect of Marc Bolan's life except the hit single Get It On and the knowledge of Bolan's GlamRock King status. My earliest memory is actually a Franky Goes To Hollywood cover of this iconic song, which explains the (otherwise) completely surprising presence of their vocalist Holly Johnson on a 40th anniversary tribute concert in London pictured in the book. That's frankly the only Bolan-related anecdote I can add to Gallagher's meticulously researched and well written book.

Gallagher's recollections precede mine by over a decade, so he was there in the flesh witnessing the birth of Glam Rock when Bolan performed Hot Love on 'Top Of The Pops' in 1971, a few months prior to his greatest success Get It On. The mega successful period of T.Rextasy, (think Beatlemania), as well as Bolan's past (Tyrannosaurus Rex) and the future escapades that lead to his untimely demise, is most accurately and entertainingly described by Gallagher. Filled to the brim with facts, it follows the tried-and-tested formula of the On Track series, where Gallagher doesn't shy away from critical opinions/judgements, funny remarks, musical analysis and probing lyrical interpretations.

Especially on the lyrical department, Gallagher excels through applying multiple angles towards Bolan's poetic lyrical freedoms (or complete lack thereof), which makes the life story of this unfathomable genius come fully alive. Gallagher's exceptional creative writing and many brilliantly contrived metaphors bring further colourful depth and even vibrant Bolan-ish flamboyancy to his great read. To such an extend that Gallagher manages to paint a marvellous clear view of an artist going through the motions obscured by dazed clouds of fame, love, egotism, idolisation, caprices and quirky traits.

Interest for Prog readers is awakened by revealing a little known fact, at least to me, of Rick Wakeman's performance on Get It On. Any other real prog rouse is however non-existent, so instead Gallagher offers fair glimpses into Bolan's mystical flirtations with folk, disco, New Wave and punk proclamations. As such it makes a great entry for inquisitive readers and those generally interested in musical history.

Through discussing and illuminating every side-step/recording done by Bolan, the book perfectly meets the avid collector's needs, making this a very worthy purchase for any Bolan fan. It's an overall captivating story and hopefully Gallagher will follow through with another entry, this time on his other favourite band The Sensational Alex Harvey Band. 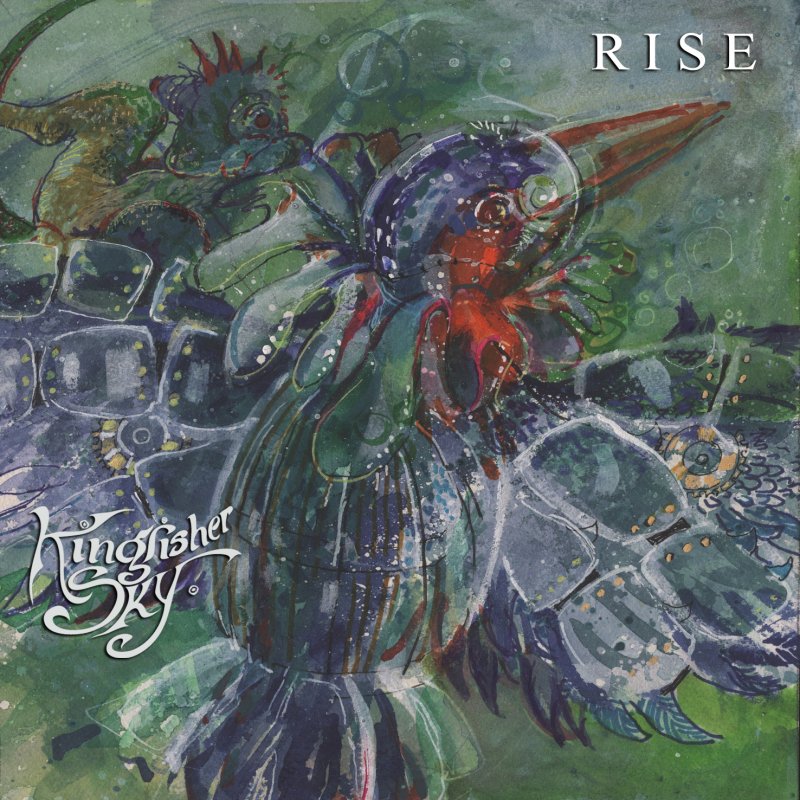 After four albums and two EPs, Kingfisher Sky return with a short EP that pushes their symphonic side to the fore.

Rise Up is the symphonic opener, with strings taking centre stage, alongside Judith Rijnveld's immediately recognisable voice. Rain on your Parade is a folky song with an environmental theme. The Grey Fields, is ambient and cinematic. Fool's Anthem is the heaviest track, with keyboards and guitars driving a strong, up-tempo melody.

None of these songs could be classified as epic, nor particularly complicated on the ear, but the variety showcases the full range of the Kingfisher Sky palette. Not a band I have listened to very much since their wonderful debut album, Hallway Of Dreams. It's been nice to reacquaint myself with their music.

A basic principle of rhetoric: be brief. If you have to give a speech, make it shorter than your audience expects. I doubt anybody has ever said: "Well, that was a good speech, but I wish it had been longer."

When it comes to music, the same principle often applies. However, in the case of this instrumental EP, I have to say: "Well, that was a good little album, but I wish it had been longer."

I like Kostas Sampanis' music very much, but there's not enough here to allow one to assess his talent properly. The two-minute opener, Remembering You is a lovely, acoustic guitar piece. The closer, Farewell, barely a minute long, is a lovely solo piano piece. They're very pleasant to listen to, but too brief.

The three songs in the middle provide a bit more meat. They showcase the many guitar styles of Sampanis and are thoroughly engaging. Most interesting of all is Until We Meet Again which, at five minutes, has time for a few "movements," including a progressive-metal-ish turn exactly in the middle of the song.

I ought to add that there are several guest musicians on this EP, although the guitar playing is certainly the centre-piece of each song. Sampanis says he was influenced by Porcupine Tree and Opeth, and those influences, especially that of Opeth, can certainly be heard in those middle three songs.

Just as the EP is brief, so must be this review, because there's not much more to add. I would be delighted to hear a full-length album from this talented musician; for now, please do check out this EP on Spotify. You will enjoy all 15 minutes of it, and you too will wish there were more.