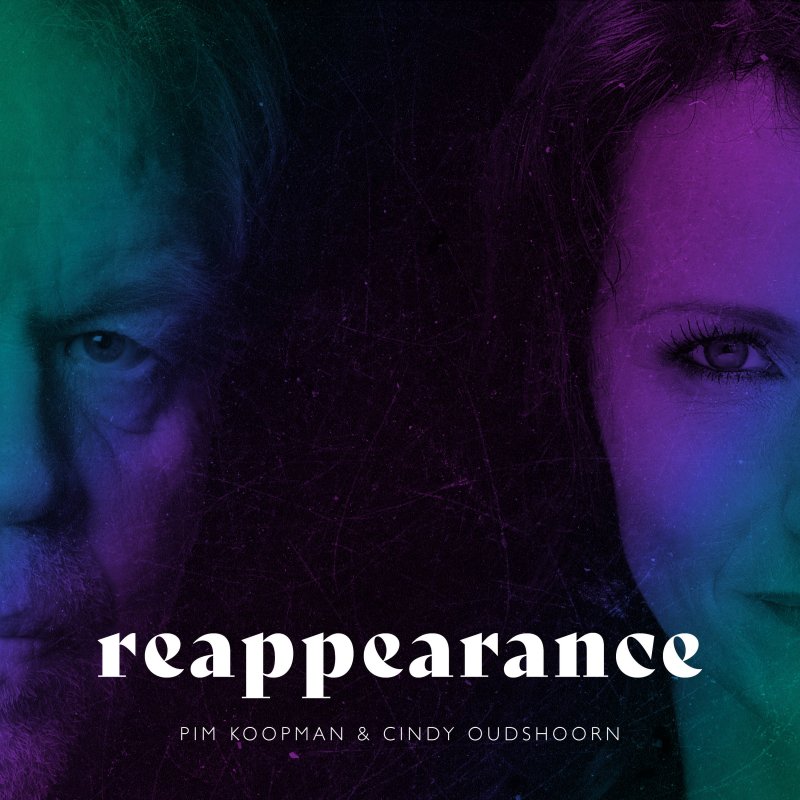 Move over Trijntje, Edsilia, and Glennis, for here's Cindy (and Pim...)!

Those first three names will probably mean nothing to readers of DPRP. The knowledge that they are considered to be the cream of the commercial Dutch musical crop should suffice, as the amount of prog in their music is negligible. Although in all fairness, the prog content on Reappearrance is also debatable, despite the presence of Pim Koopman and Cindy Oudshoorn, formerly of Kayak, and the other prog-related musicians involved with this album.

For the unacquainted, which I consider myself to be a part of, and to refresh everyone's knowledge, a little history first.

It all started in 1967 when Ton Scherpenzeel (Kayak, Camel) collaborated with Pim Koopman and others, resulting in the birth of Kayak in 1972. Koopman left in 1976 to focus on composing, producing and writing movie soundtracks, while forming the bands Diesel and The President shortly afterwards. Ultimately, through his success with bands like Vitesse, Pussycat and his discovery of Maywood, he established himself as a well-respected silent force in the Dutch music business.

From personal experience, he is an engaging, friendly and humbled one at that, having met and talked to Koopman on a few occasions around 1996/1997, just prior to the reformation of Kayak in 1999. Through different formations, incorporating several vocalists, it was in 2002 that Cindy Oudshoorn made her entrance as sorceress Morgan LeFay in Kayak's rock opera Merlin - Bard of The Unseen, joining Kayak's ranks as a fully-fledged member in 2006. And then disaster struck on the 23th of November 2009 when Pim Koopman unexpectedly died from cardiac arrest, sending a shock through the Dutch musical community (and beyond).

The band played on, and after an emotional tribute concert in Paradiso, Amsterdam the following year, several albums saw the light of day until in 2014 Oudshoorn (and her co-vocalist Edward Reekers) announced their retirement from the band. This lead to a new incarnation of the Kayak institute, while Oudshoorn successfully toured the theatres and pop stages with Symfo Classics.

During their mutual years in Kayak, Oudshoorn and Koopman composed several songs together, some of which made it onto Kayak releases. However some of the demos that Koopman was working on shortly before his passing remained shelved. A crowdfunding campaign started by Oudshoorn alongside Jasper and Marrigje Koopman (respectively son and widow of Koopman) to release these demos as a finished album, proved to be successful (and with reason), reaching far beyond it's initial goal within 24 hours. The resulting, aptly-titled Reappareance now looks me straight in the eyes, as it lies in front of me.

Due to the advanced state of the demos, Koopman's keyboard and guitar contributions could be salvaged, and are present throughout this mini album, adding an extra dimension to the wonderful outcome. The development of the songs with Oudshoorn on lead and backing vocals, is further strengthened by the contributions of familiar talented faces from both Kayak and Symfo Classics: Jan van Olffen (bass), Sjoerd Rutten (drums), Rob Winter (guitar), Rob Vunderink (guitar), Hubert Heeringa (bugel, ewi), Edward Reekers (backing vocals and vocal arrangements) and Monique Van Der Ster, Oudshoorn's understudy for her stage-role of Morgan Lefay, on backing vocals.

One surely needs no glasses to see, hear and sense that without exception every musician or otherwise involved party has poured every inch of love, passion, heart and soul into these six wonderfully-produced compositions. Most notably in the powerful simplicity and exquisiteness of Bye Bye You which bursts with emotion, sensitivity and compassion, while it's caressing lyrics and the soulful and tender delivery by Oudshoorn, ensures chilling moments onto bones that I forgot ever existed. Thinking out of the box for a moment, this touching composition, at a mere three minutes and with just the vision of a single projection of Koopman as a backdrop image, would have ensured victory at a recently held, globally aired, European-Rotterdam event. (Guess when I wrote this review...)

Trying to capture the versatile essence of Oudshoorn's vocals in a single sentence is rather difficult, as she displays a wide variety of styles which she incorporates into her characteristic sound. Where Bye Bye You is somehow surrounded by brittle Diana Ross enchantments, the preceding power-pop song Natural Mask reminds me of Elaine Paige, although this could just as well be my sentimental memory, not having heard her voice in ages.

Oudshoorn's performance gives the composition an alluring quality, much like its smooth jazzy/AOR melody dipped in a perfect pop sense which strikes a chord towards Steve Perry's Street Talk from its funky bass, groovy melodies and distinct Neal Schon guitar sound. The horn parts by Heeringa add a lovely touch to the song which would in a comforting way have fitted Perry like a glove.

In the ravishing AOR environment of Dump Me, which is off to a formidable start through propelling rhythms and soaring guitars, Oudshoorn reveals a feisty and slightly more aggressive side to her voice, which occasionally ignites a Bonnie Tyler roughness. The overall feel, at least to me, lives and breathes mid-80s Journey. Her vocal intonations, after the sweet-toothed harmonies and sensitive bridge, secures this view most majestically.

The opening song Twentyfour Hours displays the same catchy AOR flair with easy-flowing, uplifting melodies, confident harmonies and powerful vocals by Oudshoorn. A dark and compellingly bridge adds texture, and immaculate interplay carries the song on wings of angelic vocals to a deeply-satisfying finish. Equally attractive is the contemporary feel of the modern Sweet Little Baby. With Koopman's keys speaking refreshing enlightenment, it's the soothing interaction between Oudshoorn and Reekers' backing vocals that builds character and comforting smoothness.

The last song The New Me is a final example of this delicious AOR/Journey appeal, opening in a flashy upbeat mixture of Raised On Radio and Toto vibes with tasty keys, gliding graciously onwards through slightly darker atmospheres and powerful melodic rock, backed up by a brief yet excellently ripping solo from Winter. If this is indeed a musical sign of Oudshoorn's new future, there is a lot of deliciousness to look forward to.

Koopman's years of experience, combined with the youthful talent of Oudshoorn, accompanied by equally talented musicians, has resulted in a beautiful collection, filled with lusciously engaging AOR and melodic rock which will delight fans of the genre. As a tribute to Koopman, it's even better, and a definite no-brainer for any Kayak fan, especially those who favour the Oudshoorn-years.

Not being an actual Kayak fan as such, this wonderful release has taken me completely by surprise and I can only hope that Koopman's shelves are long, deep and wide, giving Oudshoorn the opportunity to dive into the vaults some more. Crowdfunding, as proven before, shouldn't be a problem and actually the only issue I can think off is the fact that Oudshoorn doesn't aspire towards a solo career, which on the basis of Reappearance might turn out to be kind of problematic, for it's seriously good. 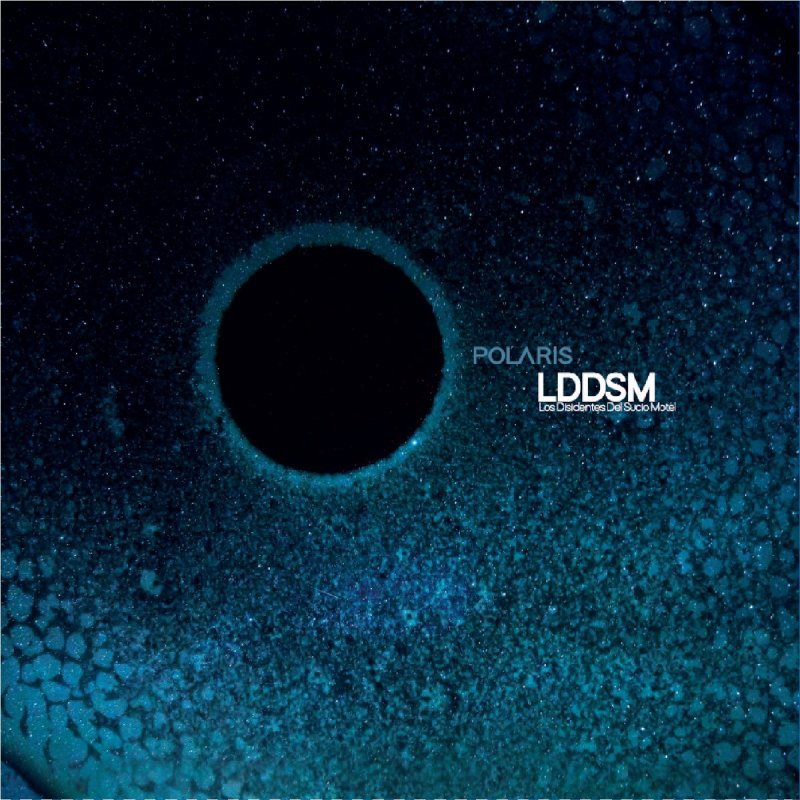 Contrary to what the name might suggest, Los disidentes del Sucio Motel are based in Strasbourg. They have been making music for over 15 years. Not a band with which I have been familiar, until now. This new, fourth album sits comfortably in the stoner, space, fuzz rock corner, but apparently with a new sense of progressive textures and psyche ambience, compared to their previous studio efforts. It's not my usual style of music but I was quickly impressed by their high energy, and their sense of melody. And I've enjoyed giving this a spin.

Crediting three vocalists, this five-piece really benefits from the multi-layered vocal arrangements. The sound quality however has not left their fuzz/stoner days behind; more lo-fi than hi-fi. I'm not a big fan of the constant guitar/keyboard/cymbal fuzz that inhibits every song. A crisper sound, one that allows more definition between the different elements, would be welcome. The keyboards are doing some good things, but are constantly struggling to be heard. 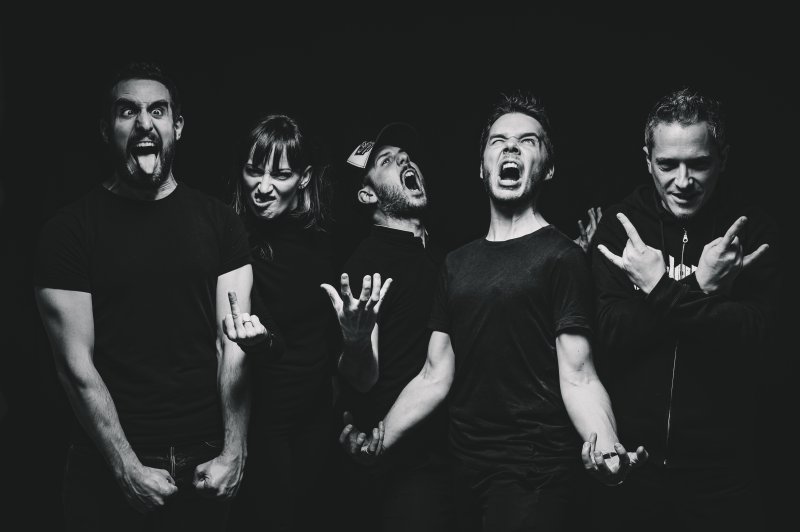 However the wall-of-sound ethos serves its purpose of driving each and every track with a wild 'street' energy. The raw passion of a live show would take these songs to another level, I'm sure. The thumping pace of Alpha Ursae Minoris is one such song; its riff and hook are guaranteed to get one's head a-rolling!

However I'm a sucker for a good heavy rock song, and the stadium swagger and stomp of the opener Blood-Planet Child is just about perfect. The chilled out opening to Blue Giant is great too. A bit of space in the sound is lovely. I hope the band does more of this next time. After the song explodes into the normal high-energy sound, the final repeat of the opening refrain is a bit too predictable.

The opening of Horizon veers towards doom territory, before a lovely ambient section showcases the band's vocal strength. The sudden change of pace halfway through is superbly delivered. It's the longest song and allows the band to stretch out its musical horizons to good effect. Again I'd like more of this next time. A band capable of pushing its boundaries a bit further?

With pretty much every song racing to wind-itself-up within the four-to-five-minute mark, there is not a lot here for those to seek progressive songs that evolve and challenge. It's a pretty heavy album but I'd not really describe the riffage as either 'metallic' nor 'complex'. So LDDSM is for those who enjoy energetic rock music, with great vocals and a fuzzy stoner bent; one that isn't afraid to dip its toes into more laid-back, progressive or post-rock waters.