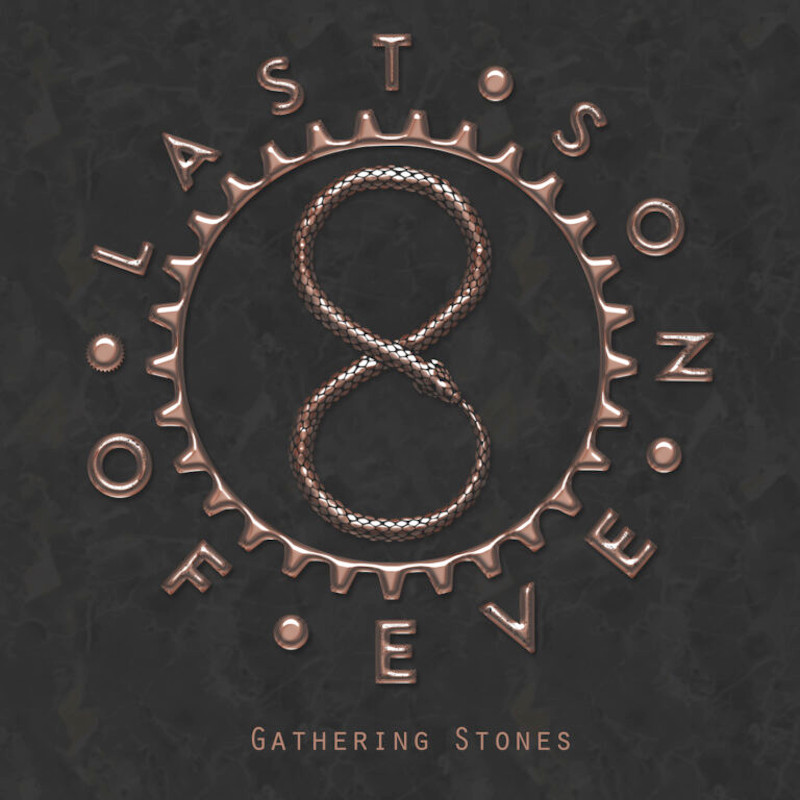 Last Son Of Eve started out as a solo project by the writer, vocalist and multi-instrumentalist Steef Broekhof in 2015. Along the way, the thought of turning the project into a band-effort slowly awakened and soon bass player Erik Besselsen and guitarist Erik van der Vlis (ex-bass player Dilemma) joined in. Finding a drummer proved unsuccessful, so Broekhof takes these duties upon himself, sharing keyboard parts as well with Besselsen.

The concept album of Gathering Stones is based upon Broekhof's no longer available fantasy novel Bodec - De Getemde Wraak, awaiting translation into English as Bodec: The Tamed Revenge. It is a story about a troubled young man caught between good and evil, and his many adventures in trying to avoid a choice between these classic opposites. As it turns out, his role will be vital in the epic battle that involves the survival of his world.

Many of the book's themes (retaliation, destiny, hope and disappointment) can be found within the individual songs, rendering the book not to be essential to follow the story, although as an avid reader of fantasy Last Son Of Eve's Gathering Stones has certainly whetted my appetite towards acquiring and reading it.

In light of the classic formation of bass, drums and guitars, with the uniqueness of a singing drummer, a trinity of groups came to mind before hearing this: Vitesse, Wings Of Steel and Triumph. Not all apply musically but each of them somehow illustrate the joyous feel experienced on Gathering Stones. It marks a triumphant debut album which flies by solidly in a TGV-rush of velocity.

The cinematic feel of the James Cameron's 'Avatar'-styled The Wheel builds attentive tension on propulsive drums and transports the scenery to a country Of Dragons And Kings, which through rocking riffs and heavy layers of keys, embraced by a warm production, grabs the attention immediately. An alternative edge unfolds, as delicate keyboard and piano parts are met by passionate vocals from Broekhof, after which the bombastic melodies and chorus ignites joyous memories of melodic heavy rockers Street Legal. Backing vocals are carefully implemented, while the natural flow of the composition reveals further elements of Rush before gliding into a first glimpse of Saga deliciousness when van der Vlis carefully unearths a lovely guitar solo.

The equally well constructed Oguani's Hope perfectly shows the chops of Broekhof as he pushes the song's intricate structures forward through seamless transitions between chorus and refrains. Through delightful variations that bristle with Saga-ish keys and spot-on executions, the composition gets additional charm from immaculate arrangements, symphonic accents and a richness in sound which results in a generously alluring Subsignal brightness. This shines even brighter in the following Gathering Stones. 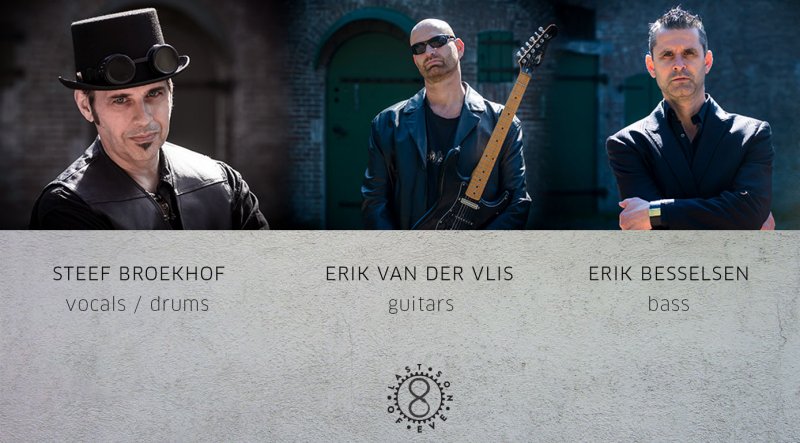 this miniature epic opens in grand Rush-mode, after which an intricate refrain on piano slowly builds on a Pink Floyd organ into an emotional chorus releasing joyous 'Wings Of Steel' vibes. A powerful riff and subsequent guitar solo briefly gear the composition into a dynamic rocking movement that slowly flows into mild For Absent Friends atmospheres.

One of the earliest tracks accomplished for the concept, sounding slightly different from a production point of view, is the heavy AOR-rocker The North Is Burning. An adventurous track where swirling synths and fierce riffs initially ignite memories of AOR styled Leverage. The It Bites-like harmonies, superfluous catchy melodies alongside frivolously sparkling keys and a refreshing coda in which van der Vlis reveals his new found virtuous calling-card are the icing on the cake.

Last Son Of Eve's thus far sensational ride then descents into different accelerating environments as the emotional ballad Done With It approaches. The excellent arrangements and synth flourishes showcase the members' long-standing musical experiences superbly, while restrained melodies glide ever-so-smoothly through pop-influenced structures surrounded by emotive vocal expressions from Broekhof, who adds a deep sense of emotion to the composition. The impressive end solo by van der Vlis, stringing up his inner David Gilmour, gears up halfway into an mightily overwhelming goose bump initiating solo that lights up clear visions of green meadows in light of the majestic Hessel Brother Sagitarius feel.

Last Son Of Eve have set a considerably high bar for themselves. The short, concise rush encountered on Gathering Stones, revealing infectiously addictive and playfully diverse compositions, is a most pleasant one. In terms of production, some of the album's mix could do with some tweaks for the harmonies can be slightly buried and the simplified endnote on Done With It is rather unexpected, but nitpicking aside this debut album is as good as they come.

Due to Covid, the band's live performances were obviously halted, but once they are on the road again I'll make sure to catch them in the act. The exquisite results captured on Gathering Stones state the same as what I normally shout after an exhilarating live performance: "We want More!" Or as the Dutch saying goes: "Nog een liedje!", which seems to be just around the corner given the fact that 'The Tamed Revenge' is part one of Bodec's story. I raise my glass to part two, cheers!