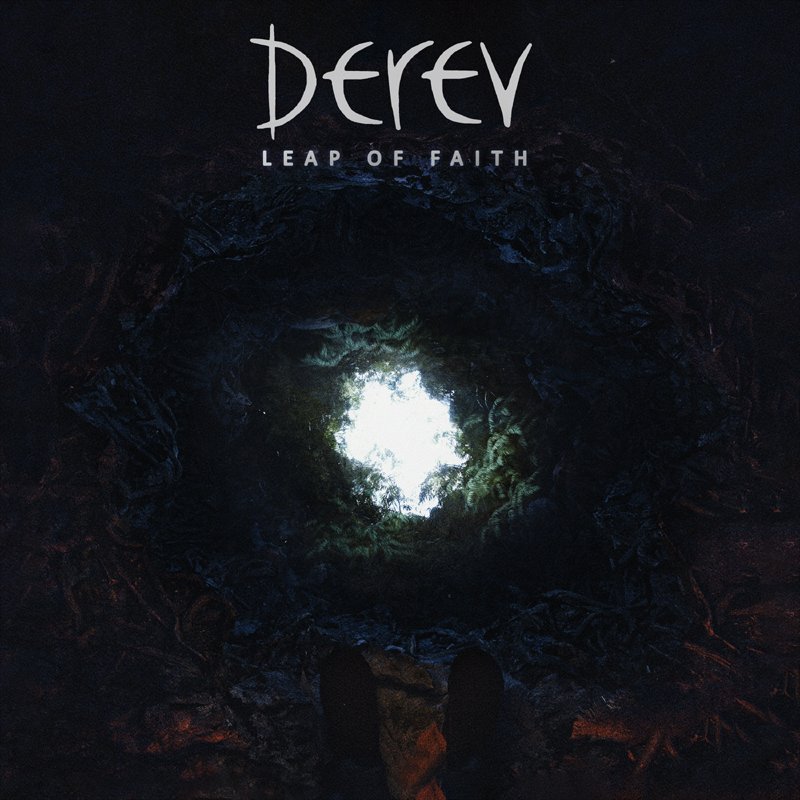 Funny how these things happen. I had just spent the afternoon testing out a new recipe for our little vegetarian food truck business. Fatayer is a traditional Lebanese pastry parcel filled with an endless combination of yumminess. Our idea with food, is to take worldwide recipes and adapt them to showcase local ingredients. Thus our Fatayer uses flour, walnut oil, goats cheese, saffron and spinach; all grown within a few miles of our base in central France.

Back from the kitchen, and at 'DPRP HQ' I was scanning through the new CD arrivals and found this new band from Canada. Derev seeks to combine western progressive rock with the Arabic and Armenian heritage of its two founder members (mixing worldwide ingredients with local recipes). My taste buds were still tingling with the results of multi-cultural, international combinations, so I felt obliged to take a Leap of Faith, knowing that the intro to my review had already been written!

The plan for what eventually became Derev had been in the works since Michel Karakach and Armando Bablanian met in high school while living in Kuwait. At the time, they were unable to pursue the project due to circumstances of living in the Middle East. After obtaining his dental degree in Syria and immigrating to Canada, Michel joined Armando in Toronto to form the band after an eight-year hiatus. There they met bassist Liam Horrigan who then joined the project. Leap of Faith also features Ambrotype's Dutch-based Syrian vocalist Adel Saflou on vocals. A truly international mix.

The opening song Turab is the middle eastern brother of Soen, especially in the clean vocal phrasing of the chorus, in the heavy central guitar riff and especially the tribal drumming. However there are some clever ethnic textures (the acoustic guitar and the keyboard hum in the background) that marks the sound as something different.

On Futile the vocals have more of a Wheel rhythm and the guitars take on that band's aggression. I love the dynamic shift in the middle, where Arabian deserts meet the Riverside version of prog. There is quite a progressive guitar solo towards the conclusion which is a joy to encounter each time I play this song.

Here, and even more so on Delayed, I am reminded of another band that successfully mixed western and eastern flavours, Poland's Lion Shepherd. 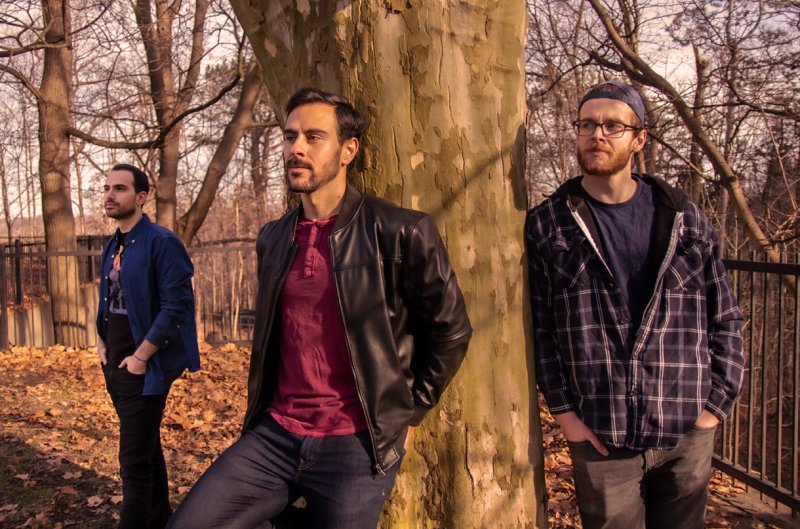 Delayed is quite different from the opening pair, with its layered vocals floating over a really lovely guitar lick. There is a bit of Fen, another of my favourite Canadian bands, to be enjoyed here. This whole track has a lovely clear and balanced sound and is rounded-off with another great guitar solo. I love the different sounds that the guitarist employs across the five songs; the way he alternates between electric guitar riffing, soloing and some beautiful acoustic work. The bluesy, jazzy vocal style employed at the very end is delightful too.

Slipping Down Again showcases another facet of the band's potential. Just a stripped-down acoustic guitar and lovely, layered vocals that mirror The Addiction Dream's wonderful 2012 release Essence. Some symphonics and backing vocals add a more prog-rock dynamic, as the track builds to another soaring guitar solo. This is another good vocal showcase and I hope that Adel Saflou is able to become a full-time member of this band.

These two songs have sidelined the middle eastern ingredients but a generous helping is given to the closing Ghost of Guilt, with its interesting middle eastern guitar opening, backed by a lovely ethnic drum pattern. With the vocals, I am again reminded of Lion Shepherd. The song then changes stride to venture off into a more instrumental Crimson-esque direction incorporating jazz, metal and heavy prog; a sort of middle eastern Haken enjoying a mezzé with King Crimson. The evolution doesn't quite work. It's a song of somewhat unconnected halves which sadly fades out before it has run its course.

This debut (mini) album is short, but with a rich variety. It showcases a talented group of musicians who are still exploring a range of linked, but different, sound palettes. I think they could well be onto something, if they can focus their compositions and style with some stronger hooks. Leap Of Faith is a strong opening statement and is a recommended listen for those musical culinary types, who enjoy songs that mix and blend influences from different cultures.