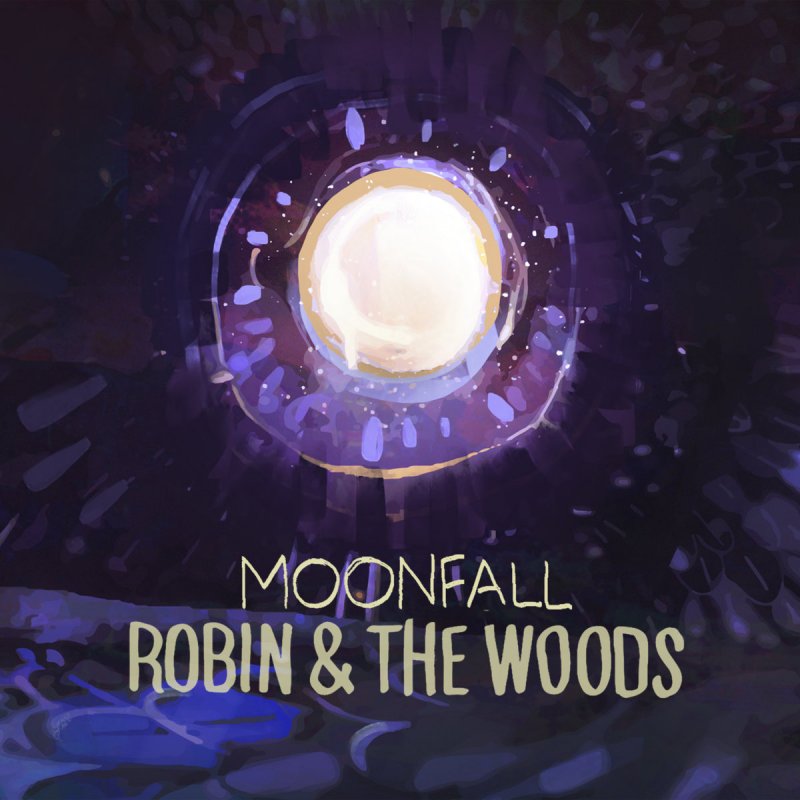 Bordeaux-based progressive jazz fusion quintet Robin & The Woods have released a rather splendid debut album Moonfall. Unusually, they are a fusion band without keyboards, instead relying on guitar, sax and flute to take the melodic lines and fuse them with the rhythm section. There is no avant-garde free jazz in evidence here. Melody is king, and Robin & The Woods are all about the animated exploration of those melodies.

The compositions are by the three main soloists, so Moonfall is not dominated by one particular timbre. The instruments are well mixed, so you can hear what is going on moment-by-moment as they playfully improvise in a controlled way. The music is open and cinematic, with contrasting dips into noir and ambient moments, but the energy never flags.

Indeed they open Moonfall with the almost-ambient, relaxed jazz vein of Collapse; a slow build of guitar, flute and saxophone. They soon move into fusion territory with the terrific Cello Man. Its stately opening then mis-directs the ear into expecting a guitar solo but instead Alexandre Aguilera's flute takes up the role superbly. As the tempo increases, Robin Jolivet's guitar solos with subtle flashes in the style of Alan Holdsworth.

A mix of rhythms, acoustic guitar, flute and Jérôme Masco's wonderful tenor sax focusses Dark Water Falls into a jazz-fusion that is emotionally moving. The three parts of Fractales drops-in psychedelic touches and funky bass and drums, as it moves from the tender to the intense. It proffers a cracking duet between the sax and flute too.

The funk continues with Alexis Cadeillan's lithe bass and the restrained drums of Nicolas Girardi on Dying Stars Suicide Club, where all the soloists show their considerable chops, but never with the aim of virtuosity for virtuosity's sake. 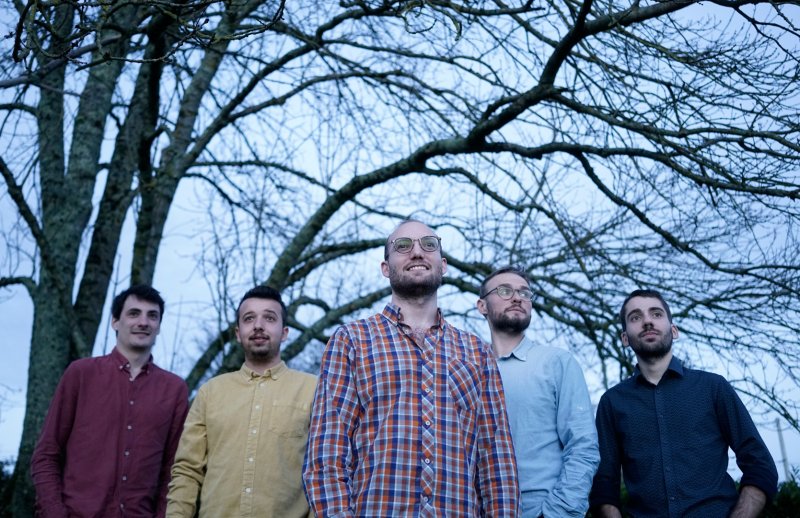 Sax and flute develop the melody of the rocking Eyjafjallajökul. Although it is named after the Icelandic volcano that erupted in 2010 causing much air travel disruption, Eyjafjallajökul is not an icy Scandi jazz piece. It has a lava-hot melody that channels the spirit (and the North African vibe) of Dizzy Gillespie's A Night in Tunisia. There is an astonishingly good sax solo too, before the second half explores jazzy ambience. It just seems to be developing into something else, when it fades out, leaving you wondering where it was going, and wanting more.

The title track closes things out with an acoustic opening that moves into a surprisingly heavy fusion, with strident guitar chords that push its restless melody forwards. A great end to an album of energy-laden, but laid-back jazz-fusion.

For me this is how you make a progressive jazz-fusion album, where melody reigns supreme and the band move through various moods encompassing 70s eclectic prog-rock (King Crimson) and contemporary jazz-fusion (a stripped-back Jaga Jazzist or Snarky Puppy). Imagine, if you will, recent Soft Machine with Theo Travis doubling up on sax and flute on the same track. Then imagine the Softs with Pat Metheny alternating with Robert Fripp on the guitar stool, and you have some idea of how good Robin & The Woods' Moonfall sounds. Roll on album number two.