Tiger Moth Tales — The Whispering Of The World 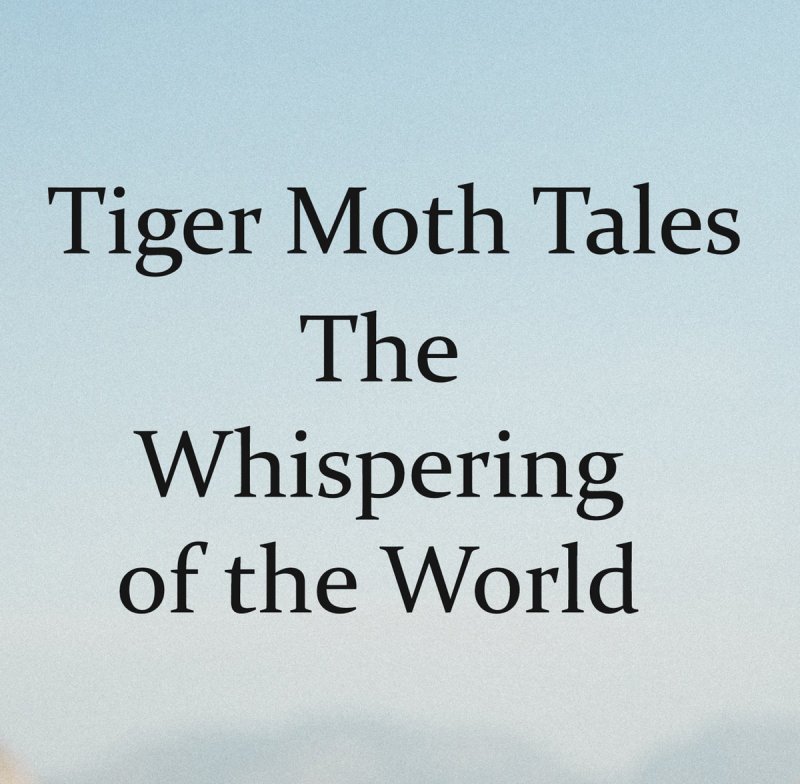 Regular DPRP readers will be familiar with the name Tiger Moth Tales, the pseudonym of songwriter, singer and multi-instrumentalist Pete Jones. Since the 2014 debut album Cocoon, he's been responsible for some of the most tuneful and melodic progressive rock this side of Big Big Train. He has also performed on stage as keyboard player with Camel, Red Bazar and Francis Dunnery's It Bites.

The Whispering Of The World is the sixth Tiger Moth Tales studio album and it's something of a departure for Jones. It's the first he didn't record and produce himself in his home studio in Nottinghamshire. Instead, he put himself in the capable hands of Magenta maestro Rob Reed and engineer Andrew Lawson at Fieldgate Studios in Cardiff, South Wales. The studio boasts a Fazioli concert grand piano and it's the only instrument Jones plays on the album; forsaking his usual guitars, keyboards and rhythms. He's accompanied by a string quartet arranged by Welsh composer Ian Lawson.

Taking The Dawn is a suitably upbeat opener with lively strings and piano. Jones is in fine vocal form, sounding not unlike a cross between Big Big Train's David Longdon, Elbow's Guy Garvey and Peter Gabriel. The title song is a far more melancholic affair, with piano providing the heartbeat rhythm. Sweeter Than Wine and Quiet Night are bitter-sweet reflections on family and times past. In contrast, the instrumental A Town By The Sea has a sprightly spring in its step, recalling happier times of holidays spent with friends and loved ones. 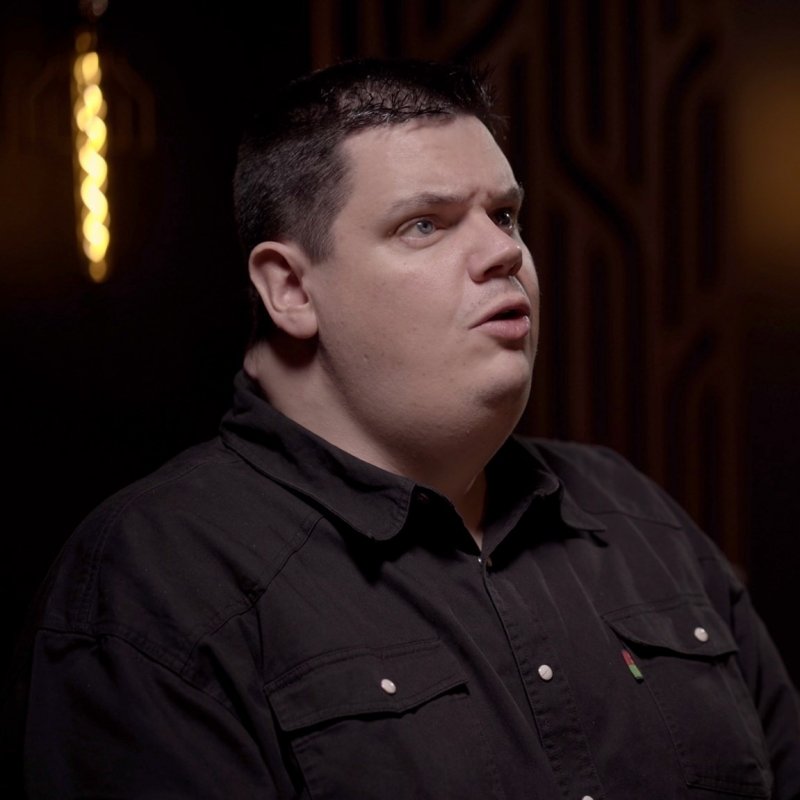 Blackbird (and its accompanying video) is the song that first attracted me to the album. For me, it remains the highlight. A ballad, the haunting vocal melody is supported by high violin, plucked strings and discrete piano.

As the title suggests, Waving, Drowning is inspired by the 1957 poem Not Waving but Drowning by British poet Stevie Smith. Musically, it brings to mind the minimalist but evocative orchestral arrangements of film composer Michael Nyman.

The concluding Lost To The Years is another emotive offering and is probably Jones' most personal song to date. He contemplates his own mortality and the vocal melody is, as you would expect, exquisite.

The Whispering Of The World is arguably Pete Jones' best album to date; rarely has he bared his heart and soul so openly. The songs were actually recorded prior to the last album Still Alive but for reasons outside of Jones' control, the release was delayed until December 2020. The CD comes as a two-disc package with the The Quiet Room Session DVD, and although it wasn't made available for review purposes, samples from the DVD can be found on Bandcamp and YouTube. 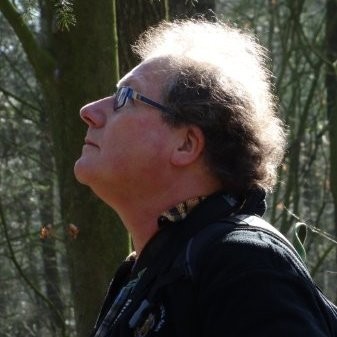 Tiger Moth Tales has been a band well recommended throughout the prog world, and often mentioned in relation to great bands like Camel. Thus they were a band that I needed to investigate seriously. And that is exactly what I did a couple of times, with an open mind, full of anticipation, waiting to hear something very special and great.

It didn't work out that way at all.

Several albums by Tiger Moth Tales have been in my CD player, and none of these appealed much to me. Yes, Peter Jones is an extremely gifted musician. He is very creative, has a pleasant voice and is undoubtedly a great guy to work with. But the music always contained numerous elements I didn't like: 'comic' pieces, musical pieces out of the prog vein, and some weird songs I couldn't grasp at all. So although I really wanted to like them, I didn't, and decided to let them go.

This new TMT album The Whispering Of The World comes as a CD and DVD-package; for this review only the cd was available. It is a fully acoustic affair with just Peter Jones on grand piano and vocals, as well as the occasional drum programming, guitars, clarinet, recorder, ukulele and percussion. The ever-present Rob Reed (Magenta amongst many other things) helps out with some guitars and bass.

Yet the extensive use of a sublime string quartet is the real asset on this album, because it gives these songs much depth and mood. It took some effort to discover who played in the string quartet (a bloody shame that this information was not provided with the review files): David Adams and Lowri Porter play violin, Nancy Johnson plays the viola and Sandy Bartai and Sarah Berger take care of the cello parts. The string arrangements were written collectively by Ian Lawson and Peter Jones.

The album contains eight new, stripped-back songs played in a stunning way. Jones proves in almost all the songs, that a good melody and fitting lyrics don't necessarily need an accompaniment of a full band, an orchestra, a brass band or whatever. A fantastic voice, subtle piano playing and clever string arrangements will be enough to make a fabulous album.

It wasn't supposed to go this way, though. Jones was working on a regular new album when several tragic circumstances occurred in his direct surroundings. Because of that, he became aware that his initial inspiration for a new album developed in a totally different direction. The lyrics became much more personal, as he had to write-off his sad feelings. Thus a different musical approach seemed more appropriate which was found in the string quartet and in a different studio than he normally uses. The result is a surprisingly quiet and extremely melancholic album, very much in the vein of Joe Jackson's Night Music or Magenta's Live at Real World, but somewhat darker without sounding depressive or sombre at all.

Almost all songs on this album stand out. I'm especially moved by the opener Taking The Dawn that was given by Jones to John Holden for his charity album Together Apart. The beauty of this song, telling about his feelings when day breaks accompanied by birdsong, always brings about a lush, yet deep melancholic feeling in me. Jones' vocals are emotional and impressive, the interplay between violin and piano is superb and the overall flow is magnificent. And that is only the first song!

The title song is almost threatening, but in a comfortable way (if that is possible). The minor chords on piano are subtle and make you listen even more intensely to what is to come. The slow vocal melody fits perfectly with the almost sinister mood set by the cellos and viola. And with the not-too-positive lyrics about someone walking (too?) close to a cliff top, this is definitely a song you shouldn't play in a mentally unstable state. But what a terrific song it is! The piano solo in the middle reminds me strongly of Tony Banks.

According to its title, Sweeter Than Wine seems to be a more uplifting song. The melody certainly is and the lyrics are very sweet too. Yet the theme is the memory of loved person who recently passed away. Thus it becomes an even more beautiful and emotional bitter-sweet song. 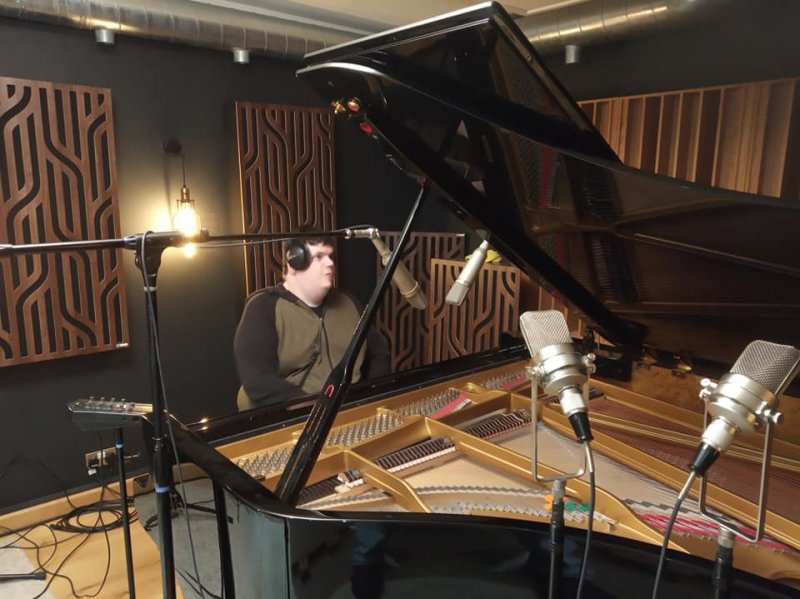 Quiet Night harks back to the title track in pace and mood. It is a varied and long piece in which the string quartet excels to set the different moods. Halfway through, the quartet plays a beautiful, almost classical interlude. The song comes back to the central piano theme several times, with in-between some different melodies working towards the almost bombastic end-section with grand piano and string quartet on full volume. A quiet coda ends it all. A beautiful, complex and moving song.

Spirits are uplifted again in the instrumental piece A Town By The Sea in which the violins and the piano take each other along a really nice musical theme. Think of a piece from the classical Baroque period but then in a modern form, and you'll be very close.

Peter Jones' love for nature, especially birds, that was already very present in the first song, is also the inspiration for the nice little Blackbird, another stunning composition that has (almost) nothing to do with the Beatles-classic. It has a simple but effective vocal and piano melody and not too deep lyrics, but the way it is sung lifts this far above an average song. Piano, cello and violin flow so naturally that it quickly becomes a little gem.

But not all is that good. Waving, Drowning has nice verses and again a nice piano motive but the central musical theme and the chorus are far too repetitive for my taste. It is not a bad song but it simply doesn't match the rest of the excellent material on this album.

Jones ends this album with a deeply moving tribute to his grandmother who also passed away recently. It is a worthy and long piece, full of variation, built subtly from a slow piano theme. The overall feeling is indeed that of a tribute but somehow it sounds essentially melancholic, instead of sad, although this song is definitely suitable for use at the funeral of a very dear person. The instrumentation by the string quartet is primarily supportive in this song, and never in the forefront. The melancholic mood makes this an excellent number to close this personal and intimate album.

The accompanying DVD also contains eight songs played by Jones on piano, of which two can also be found on the CD (Taking The Dawn and Blackbird). As the DVD was not part of the files that were made available for the review nothing more can be said about it, alas.

Because I had heard the first track of this album I was fascinated whether this would this be a TMT-album that fulfilled my expectations? My fascination has only gone up with every spin I have given it and thus far it has surpassed my expectations. This is an album I'll certainly come back to often and it will surely feature in the top 10 albums of this year. A simply fantastic album. Too bad it was inspired by sad circumstances but what a gem this is! 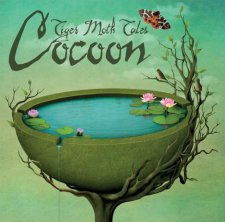 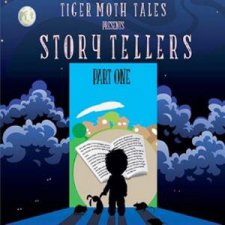 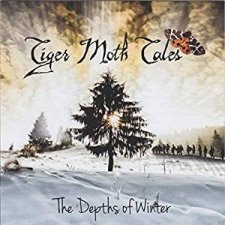 The Depths of Winter 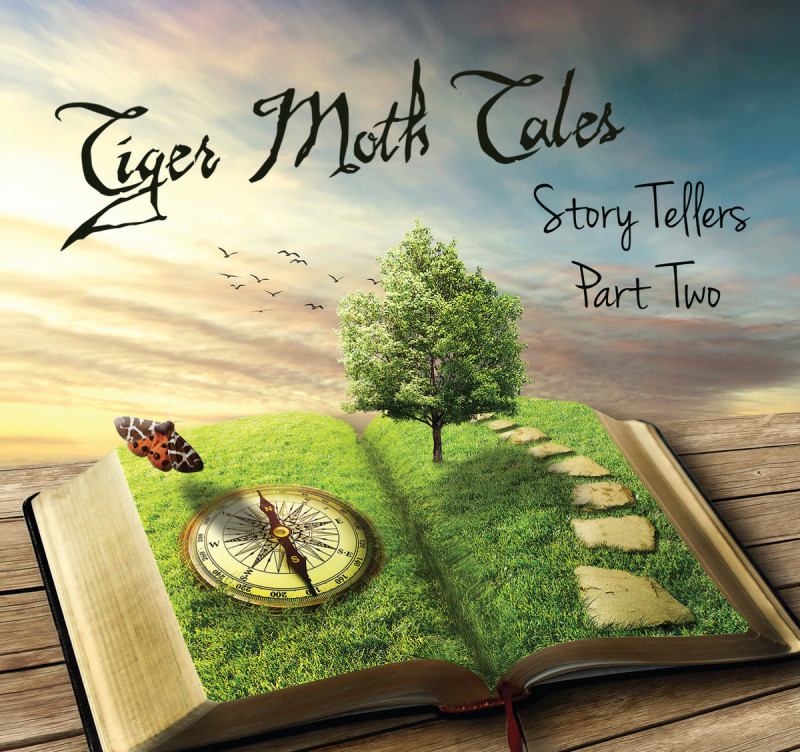 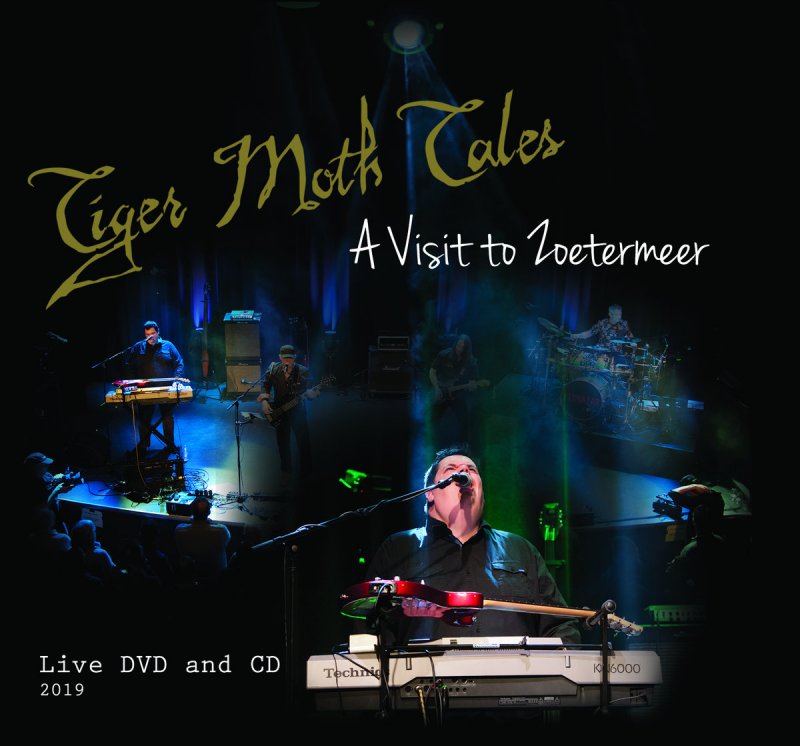 A Visit To Zoetermeer 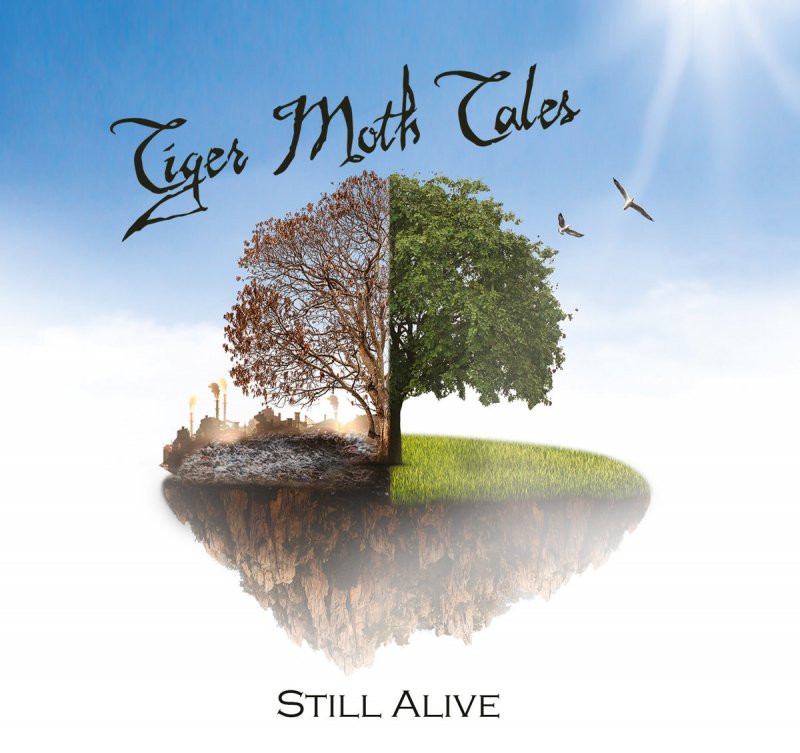