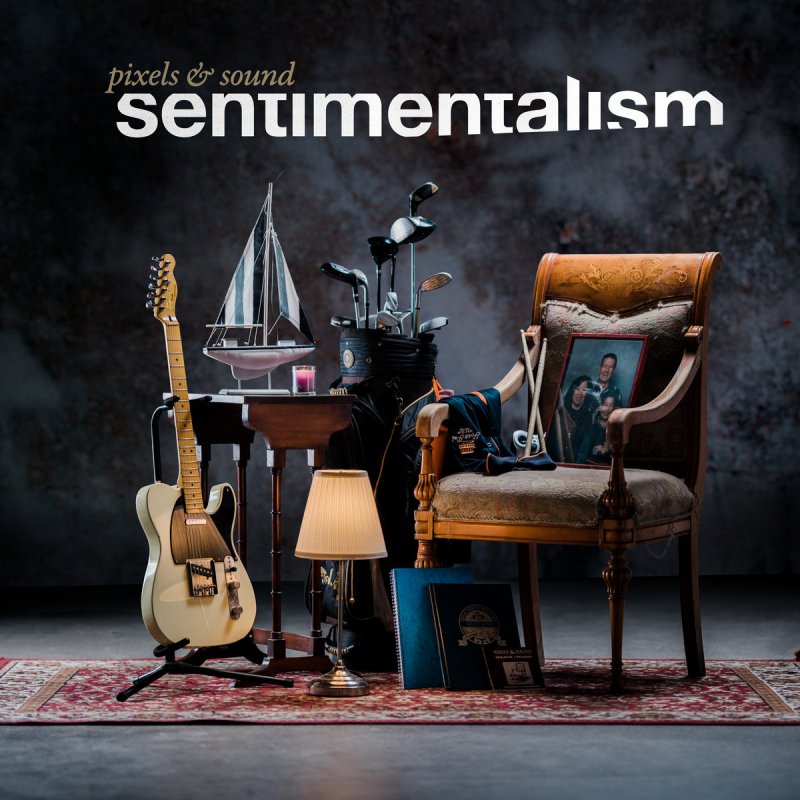 Pixels & Sound is a Sydney-based prog-rock band founded by Reece Denton (lead and backing vocals, guitars and drums) and Anubis' bassist Anthony Stewart, who also plays guitars and provides backing vocals. They were later joined by Daniel Mckittrick on guitars, mandolins and backing vocals. Sentamentalism is their first full length release, having previously released an EP and a single. Adding to their sound are various guests from Anubis and Hemina.

There is an overall theme to Sentamentalism that revolves around Reece's relationship with his father, his father's short-lived battle with lung cancer, and the fallout of that misfortune on Reece's mental health. The lyrics of Sentamentalism deal with this topic in a head-on, eyes-wide-open way. It has an honesty that can be excruciatingly painful and can give you quite an emotional battering, even when the words are set to upbeat melodies; and there are plenty of those.

Pixels & Sound mix long-form prog-rock in the mould of Porcupine Tree with the emotional heft and swell of Anathema. They also dip their collective toes into pop-prog too. There is rarely a dull moment over its 80-odd minutes, as the melodies flow and grow throughout Sentimentalism.

The album starts with trio of short songs that introduce the guest vocals of up-and-coming singer-songwriter Sarah Vella. These shorter songs offer some bright pop-prog, shimmering with delicious vocal harmonies to balance out the painful lyrics. The sound moves into neo- and heavy-prog realms, as the songs lengthen.

There is an intense, extended instrumental intro to the wonderfully titled Kinshipwreck, where churning guitars and a great synth solo lead to an ending with an acoustic West Coast vocal harmony style coda. Never heard this done before.

Anubis' guitarist Dean Bennison adds a cracker of a solo to Five Months Later, while on The Sleeping Song there is another guitar solo of absolute perfection (not flashy but just right) from Daniel Mckittrick. It lifts this tale of worrisome insomnia.

It isn't all grim on the album though. There is hope and solace on Eye Of The Storm, with Sarah Vella's vocals counterpointing Reece's in that Anathema way that Lee Douglas does with the Cavanagh brothers.

Pixels & Sound go full-out on the five-part epic Growing Symptoms, which reprises melodies heard earlier on the album, giving it a great sense of coherence. It is a long track, but it does not ramble, as they mix hooky riffs, Hammond organ, Mellotron, a choir and a guitar solo from Anubis' David Eaton. It's everything a prog-rock fan could want.

The album ends with Opportunity's emotional punch to the gut. Reece's voice, with Sarah Vella again, gives the tune a sheen that had me checking again that this is their first full-length release, as it displays a maturity and purposefulness that you don't often find on a band's early releases.

Emotionally the album stops here, but there is a digital-only bonus track Like In The Movies. Its psychedelic keys and poppy swirl seem a little superfluous compared to what went before.

Pixels & Sound's Sentamentalism puts you through quite the wringer, with an emotional honesty in both lyrical and musical content. Take the time to investigate this fine album and it will pay you back ten-fold.