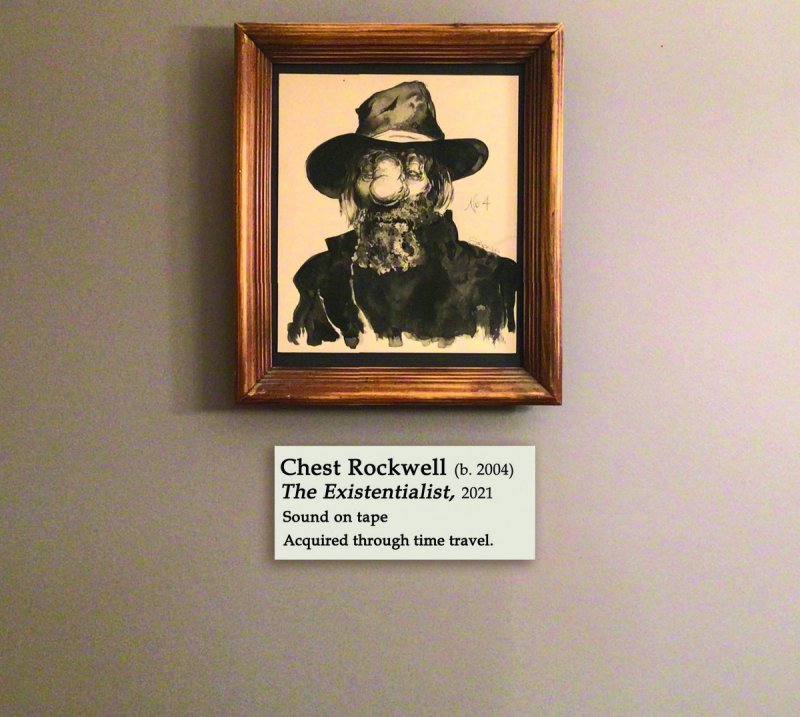 USA outfit Chest Rockwell, apparently named after a character in the motion picture Boogie Nights, was formed by Josh Hines (guitars, vocals) in late 2003, initially as a solo project. A year later CR became a band that went on to release three albums and a stream of live shows, before going their separate ways.

In 2019 Hines sought permission to use the band name as a solo project again. This is the second album in that format, after last year's tepidly-received Ghost Of A Man Still Alive. Again Hines takes care of the concept, lyrics, music, arrangement, performances, recording, mixing, and mastering. The only other name on the credit list is Matt Simone who did the album cover.

Apparently Chest Rockwell (the band) were all over the place in terms of styles, but from what I've sampled from all the releases listed on their Bandcamp page there was a firm basis of an indie, alternative, post rock sound, with occasional hints of metal.

With The Existentialist I'd say CR has placed both feet in the metal camp. Most tracks, such as the likeable opening pair Horns of Dilemma and Bystander at the Switch have the chugging riffs and raw production from the early days of thrash and prog-metal; somewhere between Overkill and Nevermore. Hines has a powerful, raw vocal that rather suits the jagged guitar tones and the strained, aggressive vibe. It works well on Transference Interference, to create an alt-metal version of early Metallica.

Veil of Ignorance mixes Armoured Saint with Agent Steel, whilst the more-doomy pace, and an off-kilter guitar section gives Salience of the Actor added interest. The instrumental Acceptance of the Absurd goes off-script and blends the styles to a greater extent. It is thus the most interesting of the songs. The addition of keys on The Other's Look bring some welcome warmth. The guitar-led section at the end, adds clever contrast to this song.

There is a variety across the album, but with the majority of tracks halting around the four/five-minute mark there is probably not enough for those seeking depth or complexity in their music. The low-fi production and rudimentary drumming will also give this more of a niche appeal. However Hines is a good singer and guitarist and this is an album I will enjoy when I fancy a nostalgia-trip back to the early days of prog-power metal.

As if to enhance the retro-feel of this album, in addition to digital and CD versions, it is also available as a music cassette! 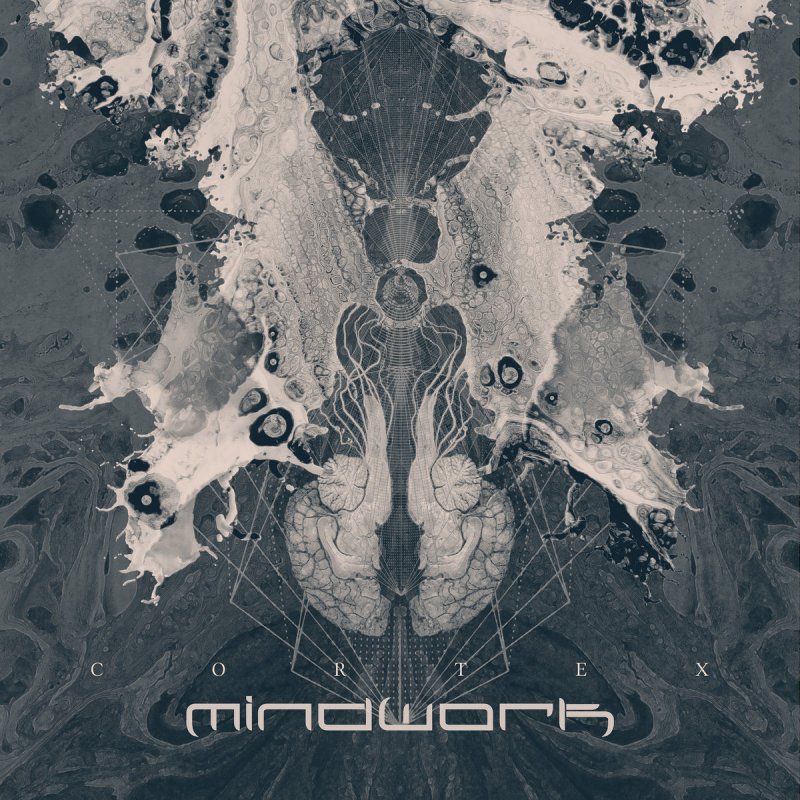 Mindwork emerged back in 2007 to release two albums before going on hiatus, and returning with this EP now in 2021. The band have stated that this is their take on classic tech-death from the 90s, and they have even got a guest solo from Death's Bobby Koelbe.

The EP kicks-off with the keys and electronics of the 59-second intro Beyond the Cortex to draw you into Depersonalized. This immediately comes in with the circuitous, chugging tech riffs and harsh growls, before the palm-muted, intricate bridge comes out. A good song that brings bands like Obscura and Gorod in particular to mind, with the mix of a labyrinth of guitar work and harsh vocals.

Last Lie Told starts with a dark, clean riff that reminds me a bit of Tool, but the slow, driving guitars come in soon after. More harsh vocals and complex riffs are spread throughout, but with a slightly more melodic feel to them this time. A more subdued affair than the previous track, but still a promising one.

The EP closes with Grinding the Edges which again has a very Tool-esque intro, before the heavy comes back with what sounds like a mix of the riffs from the previous tracks. Heavy melodies and solos are broken up with short, clean bridges to change the pace before the clean vocals come in over choruses.

It should be noted as well that the production on this self-produced EP is absolutely exceptional. Everything is crisp and clear. There isn't a “wall of sound” and everything is at the right level. A fantastic job by the band. The technical abilities are fantastic as well.

I did enjoy the EP, but I unfortunately did find the songs to be very similar in form and structure, which did hamper my enjoyment of it. But all in all, it is a decent wee slab of tech-death. If you're a fan of Death, Cynic, Gorod's later stuff or Atheist, then you should definitely check these guys. 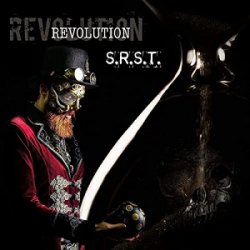 Whilst compiling my thoughts for this album, I am also reviewing the new Steve Lukather album, and will recommended it even though it has very little of the “progressive” in it. Well, if progressive (specifically, progressive metal) is what you're looking for, I guarantee you will like Scott Reed's String Theory.

A former sound engineer and producer who turned to heavy metal, Reed has just released his first album. Revolution is an instrumental album featuring contributions from a guy we all know, Derek Sherinian. Reed himself plays all instruments other than keyboards, and also produces the album. This is a progressive-metal album heavy on the metal, but it's also pleasingly melodic (especially for an instrumental album). Reed lists among his influences Yngwie Malmsteen and Ritchie Blackmore, but a spin of this album would make those influences obvious in any case.

What we have here is a fiery, committed instrumental album. In every song, Reed comes out blazing, and Sherinian matches the fire when he's featured. In fact, if I have an adverse criticism, it's that pretty well all the songs are not-stop pyrotechnical displays. Even on Retribution, which begins with a lovely, simple keyboard part by Sherinian, it doesn't take long for Reed to come in with a fiery solo. At least Retribution slows things down a bit and provides a bit of needed variety.

If you're hunting for seventies-style progressive tempo changes and dramatic shifts in mood, though, the album's final song Tomorrow will satisfy you completely. It begins quietly, but Reed announces his presence at about the 20-second mark with power chords followed by some start-and-stop riffing worthy of early Rush. The seven-minute song then develops nicely through several movements, slowing down about two-thirds of the way through before going through some turns reminiscent of Yes before a surprisingly abrupt ending; surprisingly abrupt for both the song and the album as a whole. I wouldn't have minded a little coda or reprise.

I like this album a lot and certainly recommend it. Reed is a superb guitarist and his gift for melody redeems instrumentals that might otherwise seem self-indulgent. Derek Sherinian was an inspired choice as the sole other musician on the album, I must add.

Now, please don't think I'm calling this album, or Reed himself, in any way derivative, but I want to end by saying that I expect more from Reed on his next album, if only because the overall sound takes me way, way back to when I heard my first Yngwie Malmsteen album (1984's Rising Force is still a favourite). I'm not saying that Reed “sounds like” Malmsteen or that this album “sounds like” Rising Force. I'm only saying that with a bit of time, I hope and expect that Reed will distinguish himself even more clearly from that early master of classical/metal guitar. He has the chops to do so and as a single listening will demonstrate, the passion as well.

Thorium — Empires In The Sun 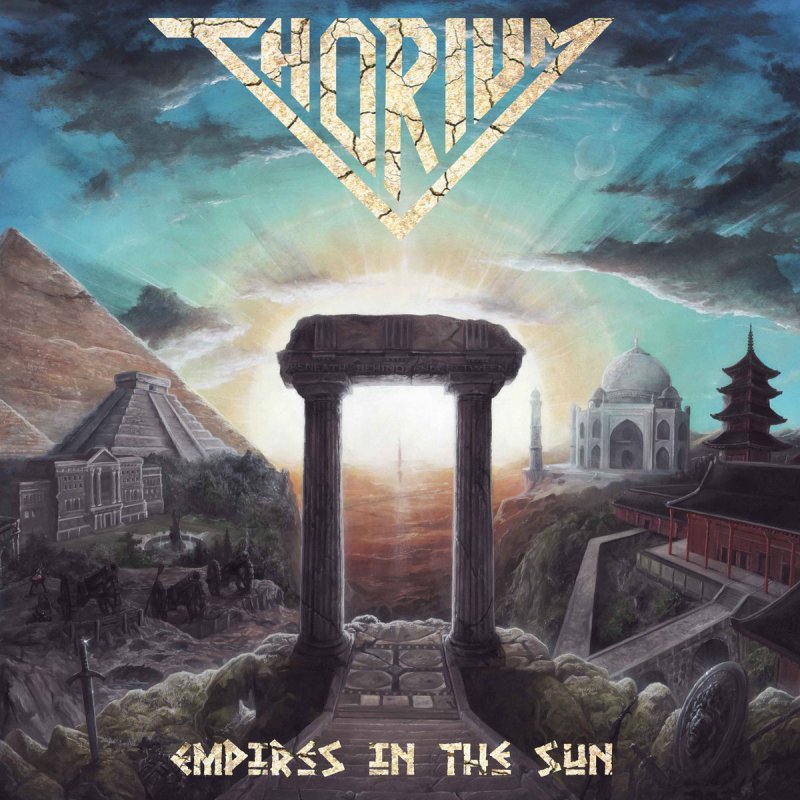 With a few exceptions, the Euro-power-metal scene seems to be a barren land these days. Old gods are gone to different pastures (take Blind Guardian, Sonata Arctica or Avantasia), or stuck in repeating the same worship services over and over again (take Hammerfall and Rhapsody of Fire), or just keep an enigmatic silence (take Gamma Ray or Stratovarius). The altars are mossy, the armour is in rust, the dragons are sleeping.

Thorium is one of the young and valiant projects, looking to raise the sword from the stone and make the scene shine again. Although the name is rather new, the people behind it are no newcomers to the world of music. Drummer Louis van der Linden comes from a competent Belgian prog-metal act 23 Acez, and guitarists Dario Frodo and Tom Tas are both linked to psychedelic rock warlords Quantum Fantay (Tom stepped in during 2014 to replace Dario, if I am correct). With the help of Stripe on bass (ex-Ostrogoth) and the vocalist David Marcelis, the band releases its sophomore album in 2021.

To attract even more attention, Thorium invited Norman Eshley (that sinister voice of Morgoth on Blind Guardian's Nightfall in the Middle-Earth) to read a couple of lines for the title track and Arjen Lucassen to do the Minstrel vocals in the final song.

Whereas David's vocal approach is not really my piece of cake, I should say that I enjoyed every second of Stripe's bass playing. Prog or not prog, to me this this is a golden example of tight, confident and professional bass sound, which belongs in the annals of the International Bureau of Heavy Metal Weights and Measures. Any fan of metal bass, done right, should check this guy out. His strength is in making his instrument sound tricky, effective and not complex-for-complexity's-sake.

Not every track here is perfect to my taste, but here's some of the songs worth mentioning.

Where Do We Go is a radio-friendly, Gamma Ray-style hit, with a pumping bass line not unlike those by Mr. Dirk Schlachter himself. Old Generation is a fun track, which reminds me of Edguy's trademark mixture of power metal and cock-rock. Winterfall is a darker number with a rather forgettable main melody, redeeming itself with yet another excellent bass line.

Finally, 1302 is an obligatory closing number of gargantuan proportions. I must confess that I am usually bored by 10+ minute power metal symphonies, but here it seems to be the most finely-crafted number on the entire record. It is also the main reason for reviewing Empires in the Sun here, on DPRP. Chugging riffs, solemn passages, slow parts; it's all mixed very professionally in a kaleidoscope of themes.

Overall, Empires In The Sun should appeal to metal-heads feeling nostalgic about the 90s power metal (mostly the German branch). Metal e-zines have been impressively unanimous in their praises to the album so far, but from my prog ivory tower, Thorium's new release looks like a nice homage to the genre, rather than a step forward.