On the release of their self-titled debut album, DPRP's Jerry van Kooten speaks with Anders Hallberg, the lead singer of Swedish, Eastern-style heavy psych collective Nepal Death. We discover how the band was formed after several-too-many beers during a gig in Copenhagen and how the band has quickly gained a fan-base in the foothills of the Himalayas.

The band consists of some experienced musicians. Can you tell us a bit about how you got together and when this was?

Guitarist Tobias Petterson and I met at a Dungen gig at the legendary venue, Loppen in Copenhagen in 2019. Since he is the co-founder of Swedish progressive folk rock band Agusa, and with me being a big fan of the Scandinavian psych rock scene, we ended up having long and fiery discussions about what is missing in the prog/psych underground music scene of today. An amount of Tuborg beers made us form a band that very night. In the most hilarious and clichéd way! When we woke up, all hung over the morning after, all we knew was that this monster embryo could turn out to become something dark, heavy, and psychedelic. We started to make some phone calls for potential band members.

Shortly thereafter we had our first jam in a small, smoke-infested and beer-stained rehearsal room in the shady parts of Malmö with drummer Magnus Könberg Larsson, previously from garage rockers Texas Motherfuckers, and bass player Markus Mannberg, who was a driving force behind dreamy psych collective Technicolor Poets. I guess in terms of music quality it was a typical, shaky first session but in that chaotic haze of Eastern fuzz and wah-wah, we could really feel that we had an exciting vibe going on and that a new band entity was indeed truly born.

Was the musical style of the band clear from the start or did that grow with people joining?

When the four-man core of this musical collective started to play together, we had agreed that it would be something like heavy psychedelic rock. We are all coming from different musical backgrounds and have extremely different preferences, ranging from sixties psych and classic prog, to goth rock, post punk, and garage rock. But when we started jamming around one of Tobias´ riffs, something magical started to happen. We found that heavy Eastern vibe and I started to sing kinda random sixties-inspired poetry that landed well, almost immediately. This turned out to become the first version of the song Dead In Nepal.

It almost felt as if strange forces were taking control over the process. The whole concept was just folding itself out, like it was creating itself. Ideas and inspiration came from outer and inner space and ended up forming this magnificent and twisted cosmos. 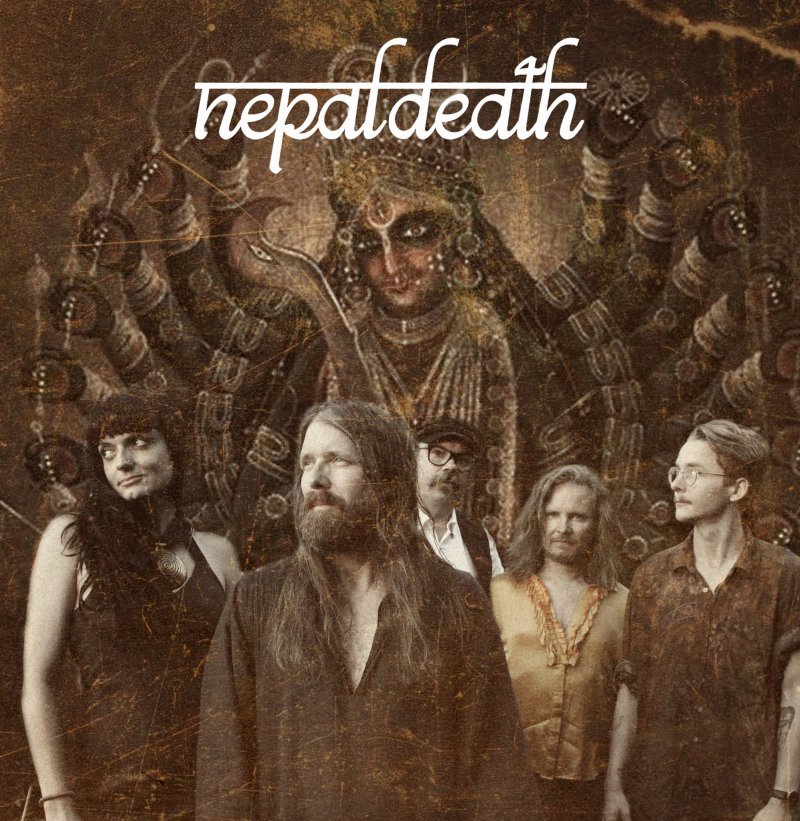 You did a single in 2019, so this LP was not the first project you worked on. How did you come to the subject of Eik Skaløe?

Me and Tobbe agreed that we wanted something theatrical and story-like. Something more than just great music. One of our first scrapped ideas was to let the concept evolve around some kind of Swedish 70s psychedelic satanical drug abusers, using aesthetics inspired from film-maker Roy Andersson and other classical Swedish "social realism" movies. As we sat with a sheet of paper with possible names, all of a sudden "Nepal Death" turned up and all other ideas just faded away.

I had just bought a worn copy of Danish sixties psych pioneers Steppeulvenes' album Hip at a vinyl fair in Copenhagen and my mind started to make connections. Flamboyant frontman and poet Eik Skaløe was fascinated by Nepal, something that you can see in his poetic and psychedelic lyrics in songs like Itsi Bitsi. The band had a very short life-span of decadence and scandals and Eik set out on a pilgrimage on the legendary road called The Hippie Trail, but he never made it to his final destination. Troubled and filled with dark thoughts, he chose to end his own life before reaching Nepal. There was something very strong about his beautiful dreams colliding with this tragic destiny, and it sparked a lot of inspiration. Shortly thereafter I wrote the first text draft of the song Dead In Nepal based on Eik Skaløe's own end. And from there the whole mythology for the band concept just kicked off.

We worked with ideas of recreating that magic vibe where young and naive westerners went on dreamy trips on The Hippie Trail without knowing if they would ever reach their destination. That is actually what the Stones sang about in Sympathy For The Devil; the troubadours that get killed before they reach Bombay. But at the same time, let it be an inner journey of change inspired by the Tibetan Chöd tradition. A shamanic trip where you meet and challenge various demonic entities. One either defeats them or goes permanently mad or even dies. The album's front cover, created by artist legend Toby Jörgensen (Mercyful Fate/King Diamond), can be interpreted as such a demonic appearance. 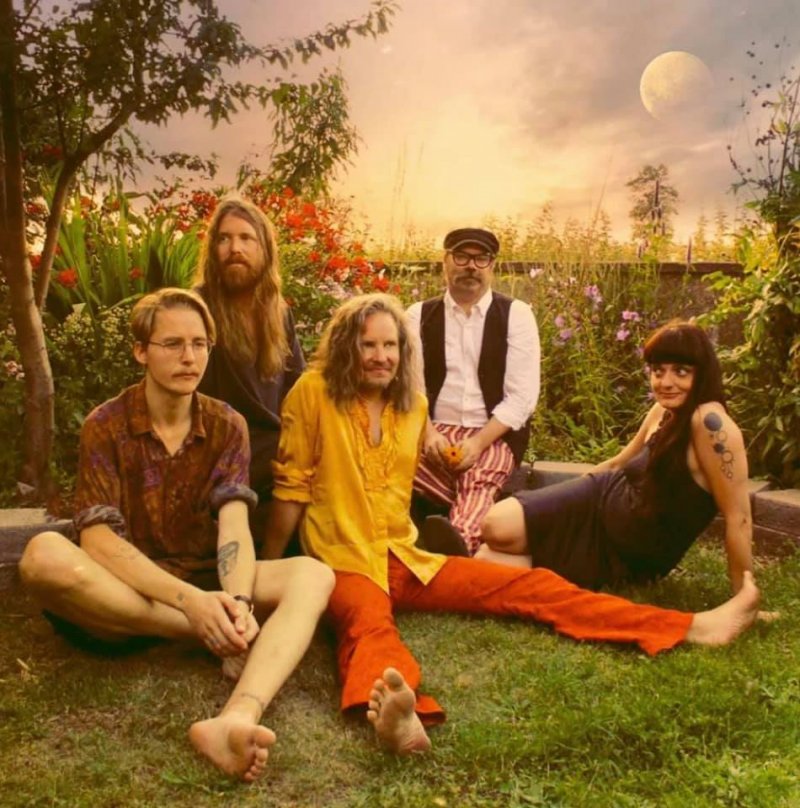 Besides the fact that we currently live in a world where Corona consequences still determine a lot of our freedoms, would Nepal Death be up for playing live and/or touring? (I live near Gävle, hope you will be playing there one day!)

Yes, definitely. We consider ourselves as a true live experience. While the album has lots of layers of sound and various guest musicians and singers such as Crille from Yuri Gagarin and Micke from Agusa, we do not aim to recreate that by using pre-recorded sounds or anything. Live, we go for a true heavy, sweaty, and intense experience including epic chants and rituals. We meet up once a week to rehearse a strong live set based on the album along with one or two new songs.

One unexpected consequence of our social media presence during Corona lockdown is that we actually have some very enthusiastic fans in Nepal. They are writing to us from Kathmandu telling us they are ”smoking and booming, listening to the damn Nepal Death”. So one of our goals is to go there one day for a mini tour. Hopefully along what is left of the old, dusty Hippie Trail. But first we aim for Gävle off course ...

What are the plans for the future? Was this a project or is everyone invested in making this a long-term band?

I think you can consider this first album as just a warm-up. We are making plans for playing live gigs as soon as the Corona plague is lifted off our shoulders. We are writing new songs and expanding this Eastern cosmic psychedelic universe of ours. There are so many more stories to tell, psych riffs to explore and wonderful gods to worship.

You can say that this musical collective now has a stable core of the founding members. Then we can add an ever-changing and growing extended family with guest musicians, chant singers and performance artists. In the future we hope to be able to create spectacular shows with esoteric choirs, Zoroaster magicians and full-scale Kali Ma rituals. It may sound over-ambitions and pretentious, but that is something that the Nepal Death trip probably is. 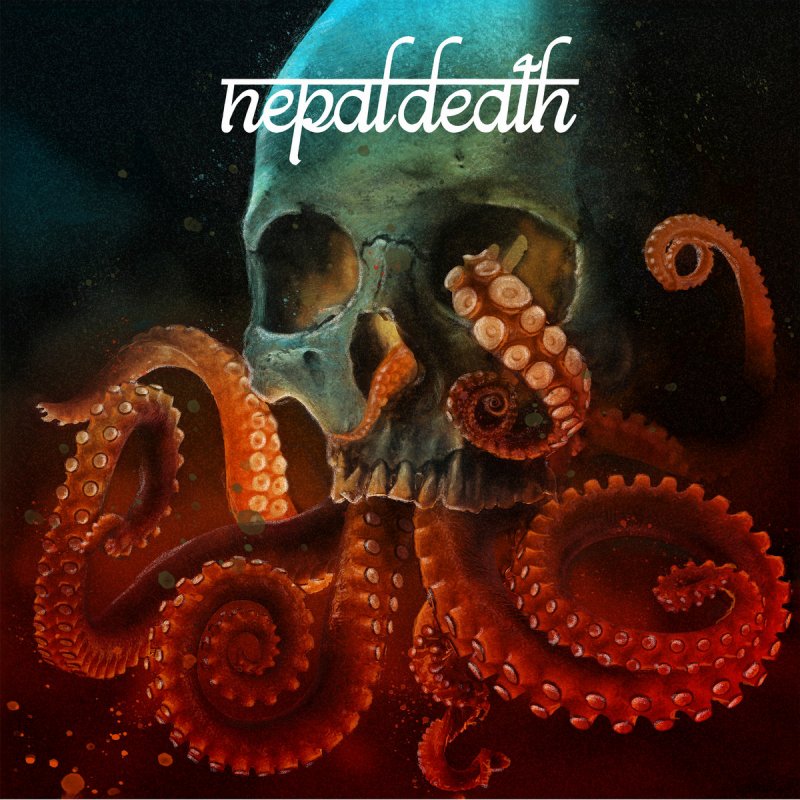 I love it when an album (albeit after a short introduction) really drags you into a different world. The psychedelic music on this debut album by Swedish band Nepal Death does exactly that.

Psychedelic rock comes in different guises. This is the type that is heavily-influenced by late 1960s space rock. However, forget endless jams and solos, this is a collection of well-constructed and carefully arranged songs; a melodic mix of many different instruments. All members are experienced musicians and it shows.

A little more The Doors than Hawkwind, especially the darkness that also listens to bands in other styles, like Blue Öyster Cult.

The variety of takes on psychedelic rock is surprising. From melodic mantras to a touch of stoner rock in the heavier sections. If you think of psychedelic rock as a single, long trip, think again. Or rather, listen to this. I think this will appeal to more prog fans than many psychedelic bands.

Kudos to the band for making an amalgam of styles into a coherent whole. Even She Smelled Of Hash, which probably has all the styles on the album fit into one track.

The lyrics tell a story of Danish singer Eik Skaløe of the band Steppeulvene, who released one album, Hip, in 1967, before Eik died while following the Hippie Trail. (Coincidentally, Steppeulvene means Steppenwolf, and both bands were founded in the same year, completely unaware of each other of course.)

Catchy riffs and memorable hooks, great melodies, layered with progressive changes and arrangements, result in an unusual mix, but one that I like a lot. The strong vocals are in English, with a few chants here and there and spoken words. The mix and production are top notch, something this type of psychedelic rock is not particularly known for.

Excuse me for the pun, but I am all psyched-up!