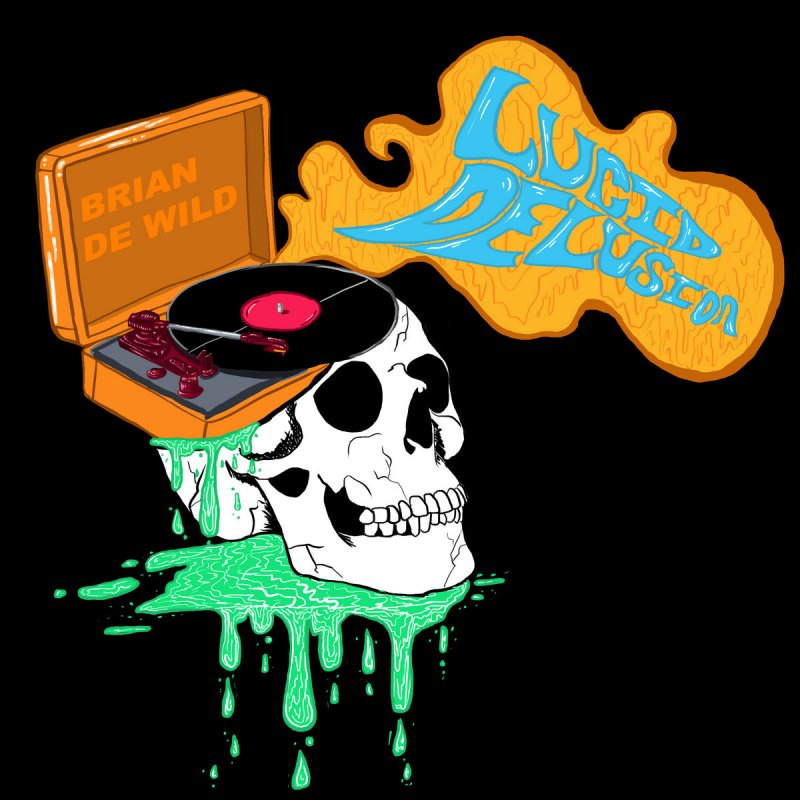 According to the notes, this was recorded with a single microphone. De Wild does all the instruments and vocals. Both of those facts make the resulting mix quite impressive, as it is clear and well-made. The clear and distorted instruments and vocals are in a good mix, but keep in mind that the musical style dictates an emphasis on the lower frequencies.

Personally I like psychedelic music heavier, faster and longer, as in jamming, or taking the time to build up towards a climax. (The second part of the opening track is what I like best here.) It has good ideas and certainly good performance, but I do feel the one-man-band approach is limiting the output by a lack of feedback (pun intended) or ideas bouncing off members of a group. Since this is an EP, you can see it as a taste of what might come when De Wild has a chance to meet other people and compose or arrange with more feedback; something I would be interested in hearing. 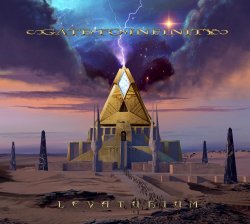 Anyone fancy some old-skool progressive metal? You know, the variety that combines traditional heavy metal with its symphonic and power-metal cousins and throws in some progressive passages for the sake of ... well ... progress. This style was common in the late 90s and early 00s, as bands looked to differentiate themselves from the more traditional and repetitive styles of metal. Often it was wrapped in a concept storyline, often displaying a strong sci-fi crush.

Formed back in 2004, Austrian trio Gate To Infinity have so far released three full-length albums, Precognition (2007), Prophecy (2013) and The Storm that came out four years ago. None really made it out of the underground but full credit to the band for following their passion for a style of music that is best compared to a mix of early-career Kamelot, early 00s German prog-metal bands such as Horizon, Ivory Tower, and Transmission, and a less technical version of Italian bands such as Twin Spirits and Soul Secret. It's more of an EP, than a full album and the songs are shorter and more direct than previous albums.

Aside from the lack of a bassist, with those parts and some other elements being digitally produced, the main issue for many listeners will be the singer. His impressive energy struggles to compensate for his lack of consistency and control. The album is available as a CD from the band's website and from most digital platforms.

Nubdug Ensemble — Volume One: The Machines Of Zeno 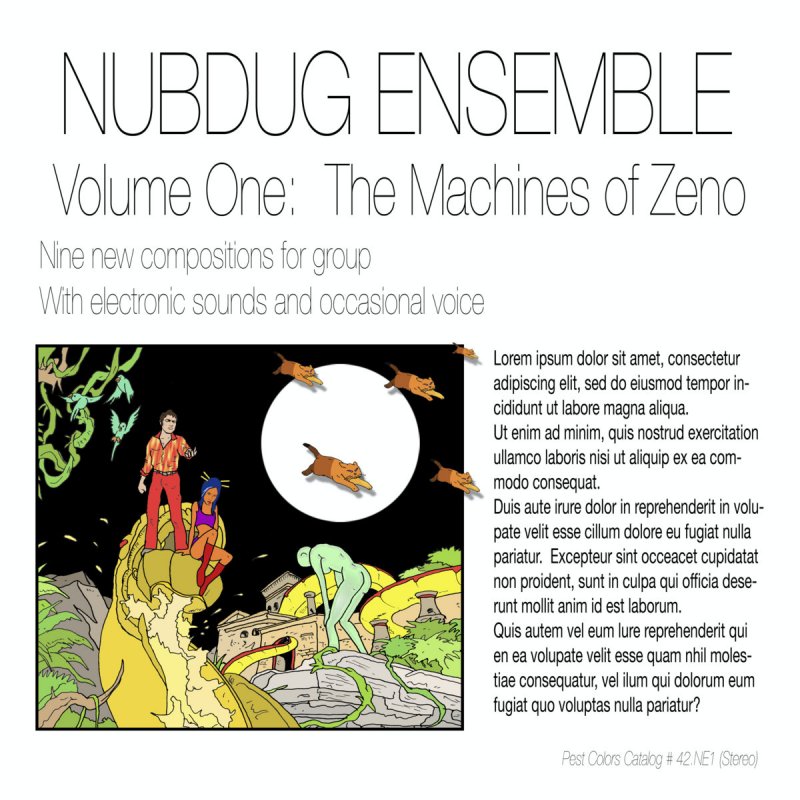 Thirty years after their take-off, Vacuum Tree Head (see below in this issue) was 'retired' in 2019, but Jason Berry is continuing his quest through Nubdug Ensemble, using virtually the same array of contributing musicians.

The nine new compositions for group with electronic sounds and occasional voice found on Nubdug's debut release are less extravagant. Some attempts at regular song structures can be found. This is for instance the case in the seductive Trapelo 445 and the opener Espejo, where some delicate violin touches and convincing electronica is shown. This is however negated by the quirky advertisement of Pimento Boots and the free-style jazz improvisations of Bronze Puppet, which sounds like an escaped overture from Jim Carrey's The Mask.

The absence of any narrating artwork makes an experimental song like Logjammin' feel lost and slightly detached, much like the cinematic oddity of Act II From Nancy Luna casting previous Rhizomique visions. The lovely Take Five (Dave Brubeck Quartet) flirtations / marriage proposal (encircle your preference) of Alea Lacta Est does represent a nice touch, and shows the musicality of the ensemble beautifully.

One question keeps on lingering in my mind though: is this to be considered prog? The only way is to find out yourself.

Riverside — Out Of Myself 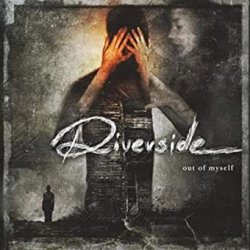 Riverside are a band that need little introduction to lovers of prog. But for those who don't know, they are a band that formed in Poland in 2001 through a love of progressive rock and heavy metal, with some added ambience thrown in for good luck. Frontman Mariusz Duda is also known for his side-project Lunatic Soul.

The 20th anniversary of the band brings a long-overdue re-issue of their hard-to-find debut album. Out Of Myself has been available digitally for a while, but this is the first ever hard-version release via InsideOutMusic, outside of Poland. In addition to the CD version, there are no less than ten different colour versions on 180g vinyl, with the entire album on CD as bonus. This re-issue was re-mastered by Dan Swanö.

After the release in 2004 of an EP entitled Voices in My Head, I came into the band with their second full album (aptly titled Second Life Syndrome). So Out Of Myself is the one album that has so far escaped me during my time as a fan.

The album starts off with a lovely Pink Floyd-styled intro, with smooth and crisp leads over some atmospheric electronics and harmonics, before the heavier prog comes in with a fantastic bass line. A nice flowing, heavy and hard, but also easy going atmosphere is created with this mix.

The title track is a bit heavier, with more use of the keys and distortion to bring a sense of unease and restlessness to contrast the more clean choruses.

This sums up the album really, a contrast between lighter and darker moments. The softer tracks are minimalistic, relying on atmospheres from the keys and clean guitars, while the heavier tracks bring in darker sounds and more technicality. The bass keeps its presence felt, often driving the pace of the album.

Instrumental ability is showcased well on Reality Dream and its sequel. Heavy, atmospheric, melodic, technical instrumentals that keep driving on and pulling you in.

There is a good amount of technicality on the album and it sounds exactly like I expected. Basically, a slightly less polished sound to that of their second album. By less polished I do not mean bad, just more of a band finding their feet. It is a fantastic entry point to the band; and makes their later albums even more interesting when you see the evolution.

If you're a fan of Porcupine Tree, Pink Floyd, Dream Theater, Votum or Katatonia's latter work, I'd advise checking this album (and the rest of their releases) out.

(Editors Note: DPRP was one of the very first publications outside of Poland to cover Riverside. We reviewed both this debut album as an import release and also the band's first-ever concert outside Poland, at ProgPower Europe both in 2004.)

So Far As I Know — Breach 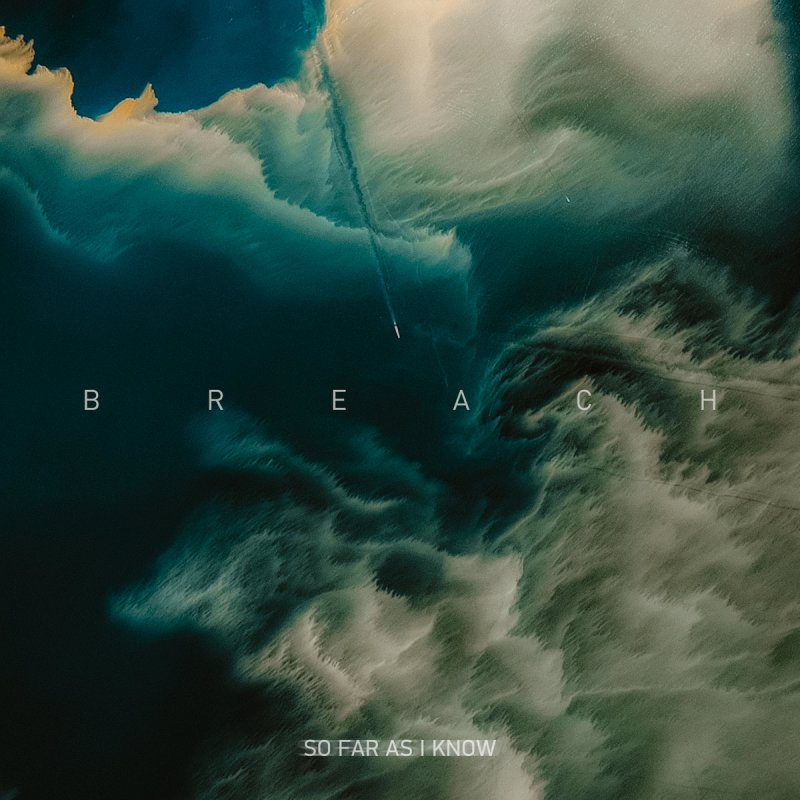 I've been following So Far As I Know for a while, and in anticipation of their next album, I received the files for a new EP. And in glorious 24 bits / 96 KHz! That's how you promote your music and show you love your music in good quality.

Within the first minute I am drowning in a bath of sounds, perhaps typical for the genre but different in the way that the build-up is different and the climax unexpected. The high quality of the files show a careful mix and mastering that would undoubtedly be lost in MP3 compression or any stream on YouTube or Spotify.

This is coming close to one of my favourite albums in the genre, Mitau, the only album by Latvian band Audrey Fall. It is darker and more progressive than the happy flow of a band like Maybeshewill. The contrast between the soft and heavy bits is enlarged by the sensitivity in playing and arranging, so even the restrained sections can be overwhelming.

Together with the previous EP, this is a forerunner to the new album, which is expected to be finished in the fall of 2021. I'm told one more EP will follow in this series. All will have a track that will be part of the concept of new album, which will be a continuation of their previous album Fragments, plus a few tracks that will be unique to the EPs.

SFAIK are an instrumental band but the two non-album tracks contain guest vocalists. Lockdown contains powerful vocals, and although perfectly in the band's style, the structure is slightly more open, to allow for vocals, looking in the direction of Karma Rassa.

Polaris is an unexpected acoustic song with vocals by Daria Shakhova, whose album Fluoresense was reviewed here on DPRP.net last year. The song suits her voice very much so I am wondering how SFAIK came to record this. On a whole album this might be a bit of room to breathe, or a cool-down closing track.

At first I was afraid this was going to spoil the surprise and excitement of hearing their forthcoming album. It might just have raised expectations even further! 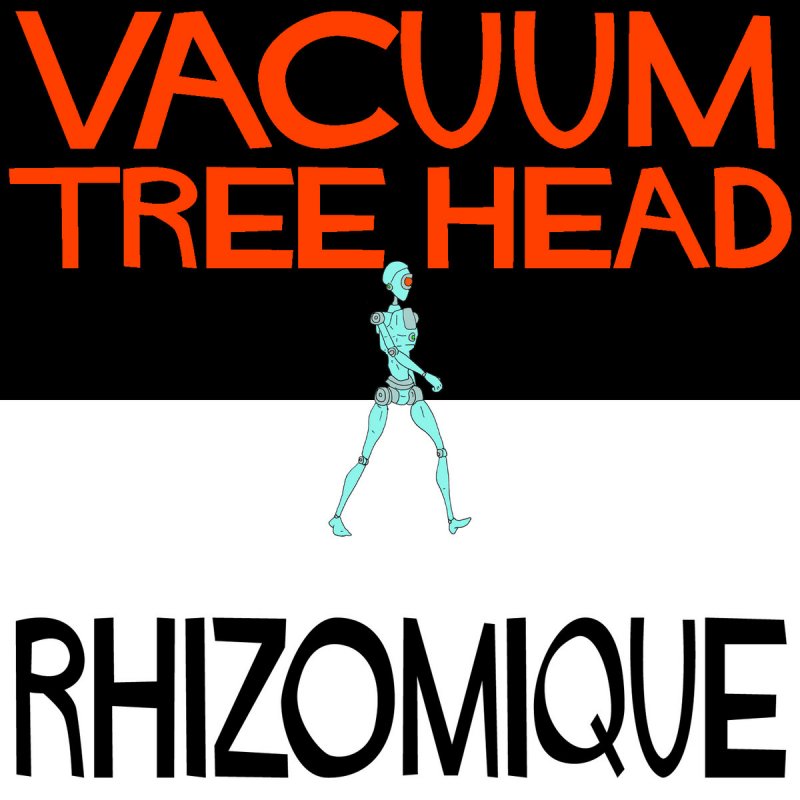 The music on Rhizomique was conceived as a soundtrack for an as-yet-to-be-produced animated science fiction musical. Quite possibly a wacky weird one at that, for the enclosed paintings in the booklet show a resemblance to the strange voyages of 'Axel Moonshine', a French SF comic mixing surrealism and psychedelics, with humour and realistic absurdness. Musically things are not much different, gliding through avant garde, jazz, fusion, electronics and other miscellaneous Frank Zappa-confusing madness.

The drawings enforce a small narrative, making it slightly easier to find cohesiveness between the short, playful compositions. Marlon Brando steams with jazz and psychic sax, Mystic Chord's experimental soundscape goofs along with electronics, while the extensive (never thought I'd state five minutes as extensive) EMS Deluxe brings intoxicating swing jazz and some great guitars. Finally, in Nubdug the complexities, odd time signatures and electric riffs occasionally bring to mind King Crimson, although in light of the expressive soprano vocals, I much rather have a nice Sunday Lunch instead.