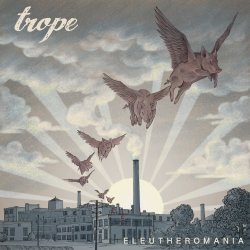 Two new words for your day.

Eleutheromania: a frantic zeal for freedom.

Trope: a recurrent theme; a motif; a figurative use of a word or expression.

Trope is also the name of a new band. Eleutheromania is their debut album.

It has been an unusually-long time in its gestation. The band first contacted me around three years ago to ask if DPRP could add their debut single, Lambs, to our Spotify playlist. One listen and I was sold.

Lambs is a real show-stopper. Evocative vocals glide over a delicious bass riff. Layers are slowly added, as the intensity and groove builds. The weighty riff, when it arrives, is just perfect. The way it then fades and blends into the restrained dynamic of the break is perfect. It ends too soon but like a meal, I find it better to be left wanting more, than to be left having had too much. 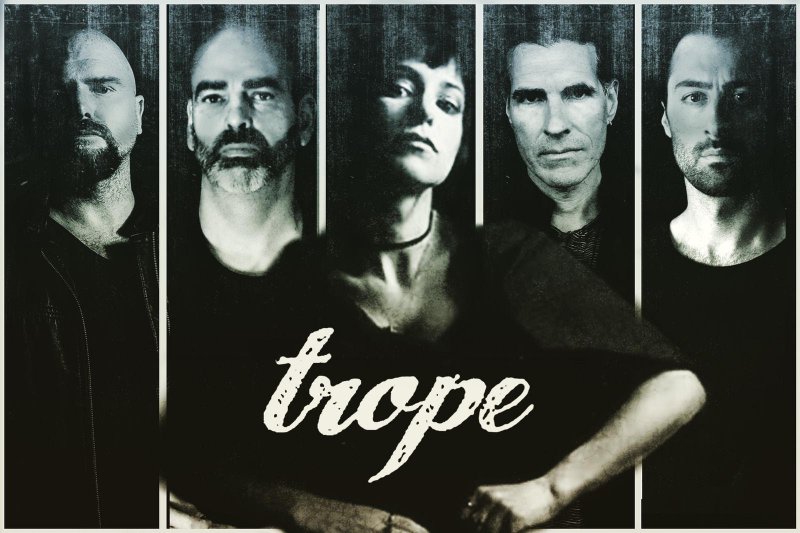 Trope have been around since 2016, when guitarist Moonhead and singer Diana Studenberg began developing demos and searching for the right band mates. I've seen the band described as "A Perfect Circle with female vocals". But that is only a small glimpse of the whole. Firstly Trope's songs are efficiently-compact and the melodies more striking. Secondly Diana's vocals bring a very different texture and emotive sense to the music. Thirdly, the band brings a whole much bigger bucket of influences to the table; fusing the crossover alt-prog sound of Australian bands like Cog and Karnivool, the pop rock of Evanescence and Delain, the 90s alt-rock of Soundgarden and Pearl Jam, and the modern rhythmic intensity of Wheel or Söen.

The songs were written and recorded around 2017. It is unclear why the album has only now been fully released. But it has been well worth the wait. Getting to know Eleutheromania has been a real pleasure.

After Lambs, Breach offers a more direct hit of pop-rock. However, its alternating time signatures and confident swagger give it a pulse and groove that dodges any labels of predictability. Hyperextend uses a similar template. With its slower pace, it is all about the vocals. There's a delicious indifference, a nonchalance to Diana's delivery here.

Shout does what all good cover versions should do. This electro pop-classic, that originated on Tears For Fears' Songs from the Big Chair album (1985), is reassembled in a alt-rock vein and genuinely brings something new to the words and melodies. 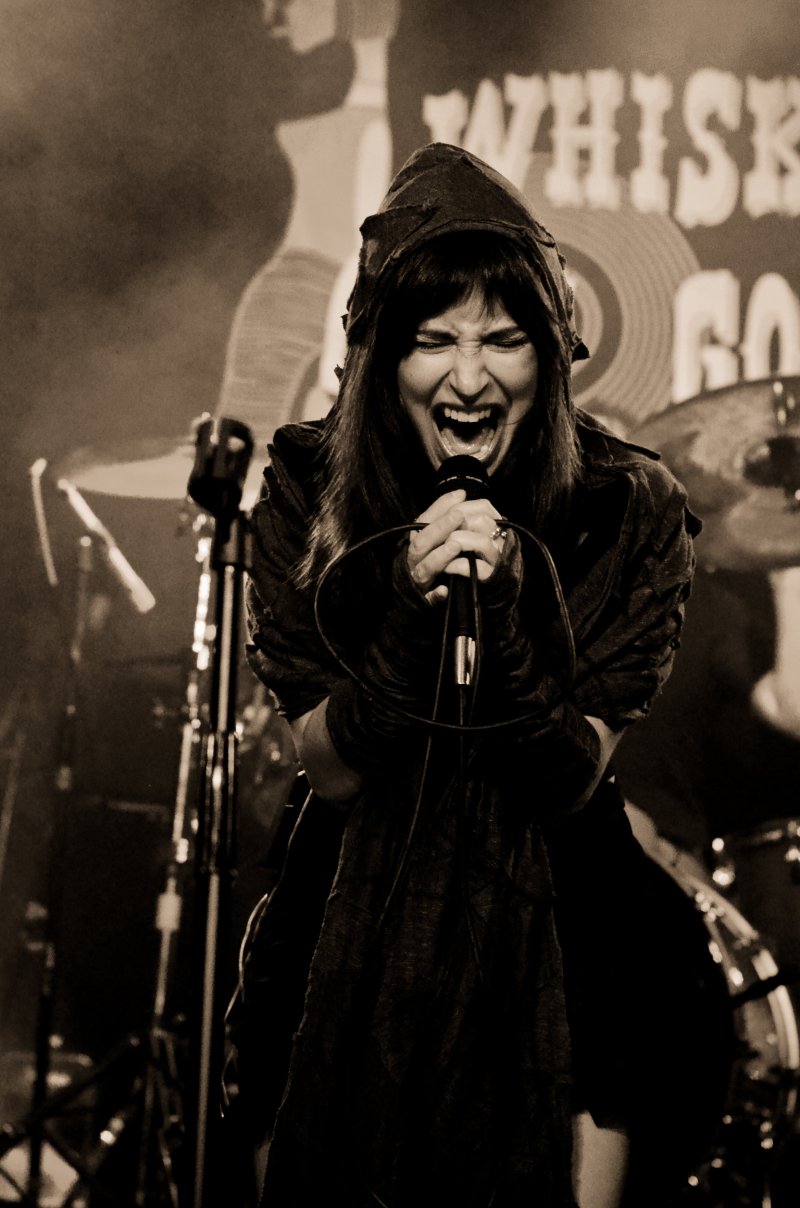 Trope's Diana Studenberg, promo photo The track-listing differs slightly in the information I have been given. I'm going on the order that they come in the promo I have been given. Whichever you end up with, the variation of styles gives a lovemly flow to the albums. Eleutheromania is never frantic nor manic, but it never rests in one place for long.

Planes introduces another facet of their sonic palette. The verse is pure crossover alt-prog in the vein of Cog, Sadhana and Karnivool. The chorus takes its inspiration from Nickelback.

Plateau does this even better but with a chorus owing a closer resemblance to Evanescence. I just love the way in which the different sound layers overlap in the verses. Once again the bridge introduces a different dynamic, topped by a head-rolling riff. The stripped-back ending is lovely too.

Two thirds of the way through Eleutheromania and there is so far absolutely nothing not to love. That is not about to change, as Trope have somehow managed to save the best 'til last.

After Lambs, Surrogate is my favourite song here. It's also the heaviest, taking a nod towards the rhythmic intensity of Wheel or Soen. Not far behind in my favour, is the current single Pareidolia. This track goes back to the sound of Sadhana with the intensity of Wheel. The processed vocal adds a nice bit of variety at the start. There is a different rhythm to Diana's vocal here, that again keeps things interesting. As does her roar at the end. The extended instrumental mid-section has a hypnotic intensity that I love.

Privateer offers another clever and heavy guitar-led groove, before we reach the only track to deviate from the one-word-song-title format. Seasons Change is pure pop-rock with a heavenly flow of melodies. With Lambs it offers a perfect pair of bookends to this album. Both songs are where the blend of Diana's softer, more achingly plaintif style of vocals drift along with some delicately-clever guitar lines. Of all the hook-laden moments on this album, Seasons Change is the one that shouts "hit single" to me.

With its great vocals, some insanely melodic hooks and its collection of delightful guitar lines amidst clever arrangements, this album will easily sit amidst my list of top albums of 2021. This band could be big if they can get on the right support slots and festivals.

With most songs clocking in below the four-minute mark, next time I hope they will allow at least a couple of tracks to develop more fully. Eleutheromania is available as a CD from the band's website, and on all the usual digital platforms from March 31.