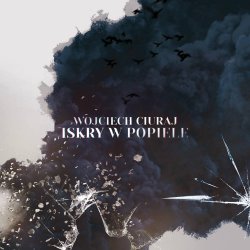 Wojciech Ciuraj is best known as the guitarist, mandolinist (if there is such a term!) and vocalist in Walfad, a modern Polish prog band that has released four albums so far. The most recent of these, Colloids was reviewed by my colleague Jan Buddenberg in 2019.

Wojciech is also a solo artist, taking an opportunity to explore musical styles and lyrical themes outside of the Walfad template. His debut solo offering was Ballady bez Romansów. Released in 2017, it is a fairly reflective affair based on the works of one of Poland's notable poets. This review covers his second and third solo releases.

Now, one of the cornerstones of progressive rock has always been The Concept Album. A collection of songs where a story is being told through musical and lyrical ideas.

Concept albums can take many forms. The most common seek to tell a story. Sometimes it is story of a personal, 'real-life' journey as on Sylvan's Posthumous Silence or Seventh Wonder's Mercy Falls. Sometimes it is a purely fictional tale à la Queensryche's Operation Mindcrime or Genesis' The Lamb Lies Down on Broadway. In this style, an emphasis on science fiction is a prog-rock stereotype, not without foundation i.e. Rick Wakeman on his Journey To The Centre Of The Earth and Rush with their 2112 collection.

A second style of concept album see the songs linked in a looser manner by a common theme or subject matter. Often this has a political (Pink Floyd's The Wall) or a religious edge (Pain of Salvation's Be). Sieges Even's The Art of Navigating By The Stars or pretty much any solo album by Neal Morse would be further exhibits.

The third concept style takes its inspiration from the history books. The chance to retell a piece of history. This is the style of concept storytelling I enjoy the most. The fact that the tales are at least based on real events, for me, gives the concept added weight.

Musically too it often allows an artist to incorporate instrumentation that borrows from different historical periods and often music and instrumentation that has its roots in different cultures. The blending of these stories and musical inspirations, with more traditional progressive rock and/or metal styles can have some interesting results.

This is even more enticing if it is about something that I was previously ignorant about, thus opening up something for me to explore further.

Two memorable examples of this are Eureka's Shackleton's Voyage and the self-titled Atlantropa Project about a hundred-year old plan to build a hydroelectric dam across the Strait of Gibraltar.

It is exactly this type of creativity that Wojciech Ciuraj has attempted to embrace in his newest solo endeavour; an ambitious trilogy of albums covering the Silesian Uprisings. These albums are the first two instalments. The third is due to be released later this year.

Now, my hands would be firmly on the table if my teacher had asked us to show who had ever heard of Silesia, let alone its uprisings. 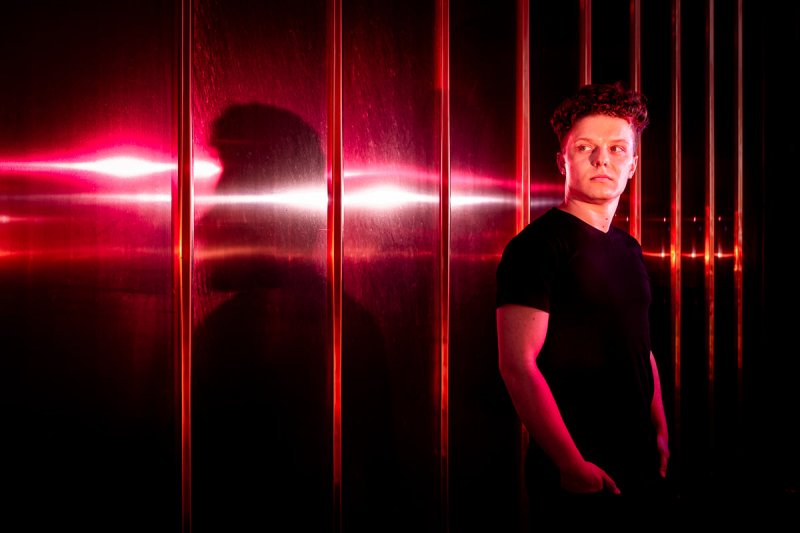 So here is what I know now. Silesia is an historical region of Central Europe with a complex history that has seen its borders and affiliations change many times over the centuries. Today it sits mostly within the borders of Poland, with small parts in the Czech Republic and Germany. The population is estimated at around 8 million including the cities of Wrocław and Katowice. It has a diverse culture and strong identity, with its own architecture, costumes, cuisine, traditions, and the Silesian language.

The Silesian Uprisings were a series of three uprisings from August 1919 to July 1921 in Upper Silesia, which was part of the Weimar Republic at the time. With each album, Wojciech Ciuraj aims to mark the 100th anniversary of each of the three uprisings. The concept for this first album is based around events in 1919.

The Treaty of Versailles, signed in 1919, had ordered a plebiscite in Upper Silesia, to determine whether the territory should be a part of Germany or Poland. However the poll was not to take place for two years, leading to tensions and civil unrest. Both the German and Polish sides formed paramilitary units.

On 15 August 1919, German border guards massacred ten Silesian civilians in a labour dispute at the Mysłowice mine. This prompted a general strike and the uprising. Around 2,500 Poles were either hanged or executed by firing squad for their parts in the violence. It's certainly not a tale to inspire happy pop songs!

On this album Wojciech takes care of guitar and vocals. In addition to bass, keyboards, drums and additional guitar a host of guest musicians also contribute cello and violin. There is additional narration by Marian Dziędziel, who is apparently a well-known Polish actor. Józef Skrzek from the Polish band SBB plays MiniMoog on three tracks.

The lyrics are all in Polish which may limit the accessibility of the story. For the second album, although it is also sung in Polish, the lyrics and an historical background prologue have been translated into English in the booklet, which is a big help.

There is much of a film-score vibe to the pace and ambience of the music here. I am reminded a lot of the work that UK prog-rock band Freedom To Glide have done to retell the stories of the first world war. The strings and the lullaby vibe, with a hint of Big Big Train pastoral scenery brings real charm to Sto Lat To Za Mało By Zapomnieć.

Acoustic guitar and piano feature heavily and become the perfect compatriots to Wojciech's gentle vocals on songs like Iskry W Popiele, where the strings again add a cinematic feel. The final third of the song is where the electric guitars provide a heavier dynamic contrast.

Personally I need a little more dynamic variety across an album. The balladic strings and acoustic guitar dominate the sound palette here. However those who enjoy the softer sides of prog will find the likes of Budzi Się Śląsk and Sygnał Tuż, Tuż the perfect companion for a hazy spring afternoon.

Where a bit of variety is thrown into the pot, then the results are impressive. Czas Siniaków, Czas Blizn, with a darker mood that evolves into a bouncy guitar and keyboard groove, is probably my favourite track. Overall, this is a gently enjoyable listen. 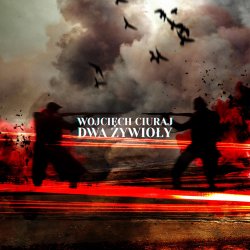 On 19 August 1920, further violence erupted in Silesia leading to a war that resulted in the occupation of government offices across the region. This time it was allied forces who tried to calm the situation. A settlement was finally reached in September.

These events are retold through the five tracks on Dwa Żywioły.

This time Wojciech Ciuraj provides listeners with a much bolder musical backdrop to the tale, blending hip hop, jazz, blues, rock and film music into his basic progressive rock envelope. This serves not only to tell the story of the second uprising, but also offers a glimpse into the wider culture and history of his region

Wojciech explains: "I have mainly invited Silesian artists, due to the fact that this region is abundant in very gifted and prolific instrumentalists." Special guests include renowned Polish jazz trumpeter Piotr Schmidt and hip hop singer Abradab of Kaliber 44. On this second album of the trilogy, Wojciech contributes guitar, mandolin and vocals, supported by a full band of drums, keyboards, bass and even harmonica.

The first three tracks are not progressive in the terms of notes-per-second or time-signatures-per-minute. Instead they offer an upbeat, and accessibly-modern blend of genre-twisting progressiveness. The opener would not be out of place on a Walfad album, for its combination of neo-prog and Polish alt-prog. I am not a big fan of rap but Abradab's vocals on the second song work surprisingly well.

However it's the jazz-meets-soul-meets-prog of Jestem stąd that is the show-stopper. Wojciech's vocals fit perfectly but it is the smooth trumpet of Piotr Schmidt that stops me every time I play this. The way the trumpet returns after a proggy key solo, but in a sharp, muted tone, is just fantastic. 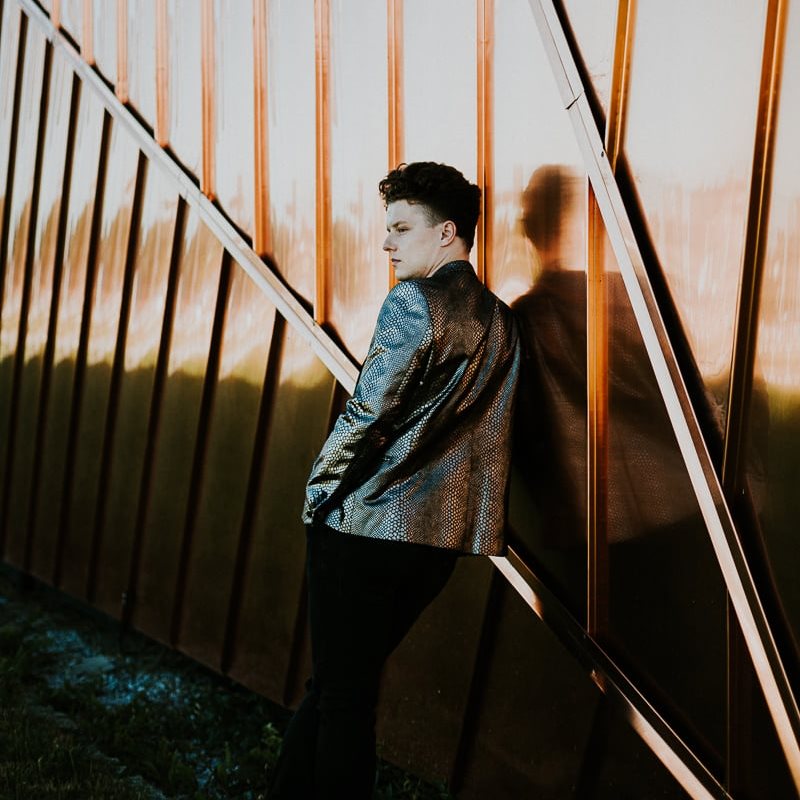 Andrzej Mielęcki takes the name of the activist whose death at the hands of German militants sparked the second uprising. This track has a starkly different, edgy, feel.

The second half of the album consists of the 25-minute Four Rivers Suite. Each part relates to a different Silesian river (Rawa, Brynica, Kłodnica, and Odra rivers) with each recalling events that not only date back to those turbulent days, but recall contemporary Silesia as well.

I could go for a full description of each segment but all I really to need to say is that this is a textbook example of concept-album long-form song-writing. The guitar playing is exquisite throughout and I adore the tone used in all the solos. And never have I heard a harmonica work so well in a prog rock concept album!

Wojciech Ciuraj deserves massive credit for bringing this project to reality. It's easy to dream the dream. To bring the dream to life is always more difficult. His passion for both the subject and the music shines throughout. What a wonderful legacy to have curated. I have enjoyed both the music and finding out about this part of Europe; it's culture and its history.

I have found the more adventurous blend of styles on this second album far more engaging and I look forward to see how he brings the trilogy to a conclusion later this year. Oh, and more trumpet and harmonica next time please!