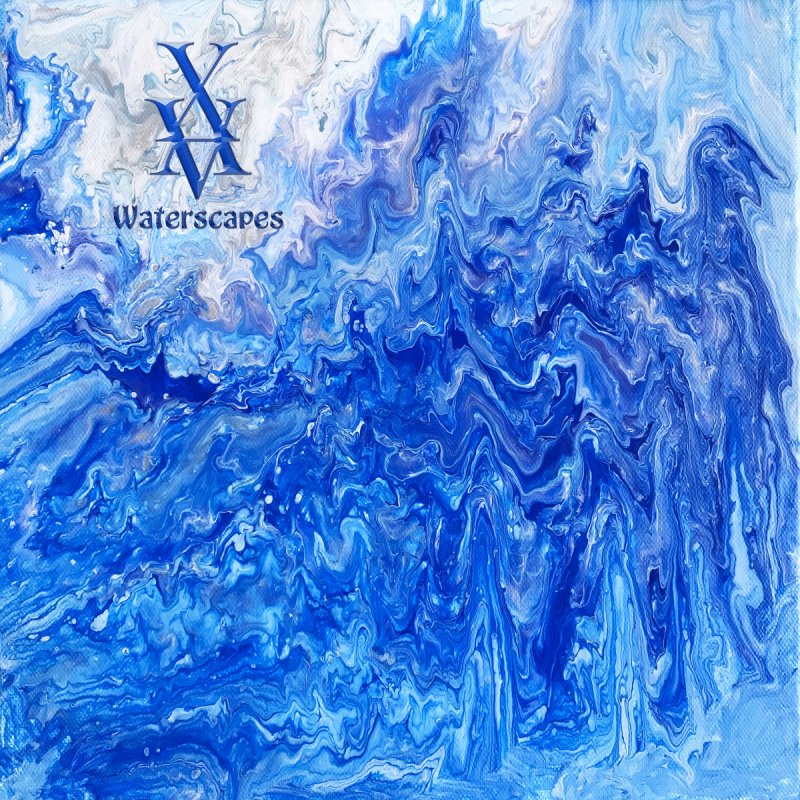 Where some take their time in releasing an album, the French metal guitarist Xavier Boscher, known from Misanthrope and Nebuleyes, doesn't waste any. For after his 2020 EP Zoologica Duodecim #3 : Pond, a brand new effort presents itself already. His twelfth solo album, featuring instrumental compositions, conceptually themed, which are in line with some of his previous work.

The Waterscapes concept involves the elements of water, in its broadest sense, that have sparked the Boscher's imagination. Songs of New Age drifting whilst gliding along beautiful seashores, sailing into enchanting discoveries of breathtaking prog-metal, wild river rafts and oceanic waterfalls. Refreshing soundscapes in which Boscher's excellent guitar work feels comfortably afloat, shifting in a heartbeat from intricate playfulness to emotionally melodic, or from dreamy tidings, into fabulously powerful waves.

His love for New Age is beautifully portrayed in the becalming Hydrotherapy, showcasing a tranquil stream of delicious guitars. Yet Boscher's partiality towards prog metal also flows through. In Cataract this leads to sparkling melodies and a waterfall of ideas, differing atmospheres, creative hooks and slight Neal Schon (Journey) feelings. The anthemic feel of Atlantis is equally alluring through its powerful progressive metal melodies.

Another character within Boscher's trait is the inclusion of fusion, as brilliantly demonstrated in the exquisite Nectar Ocean's Depth. A compositional hot-tub of smooth jazz, blues and fusion. Equally majestic is Fairy Pool's joyous catchy rock, splashing through overpowering melodic movements shortly interrupted by a beautiful dip into a short jazz-inspired ambient intermezzo.

Coral Reef on its turn paints colourful pictures filled with emotion and sensation. A spectacular song, surpassed by the quiet and serenely shaped Abyssal which showcases wonderful Steve Vai and Joe Satriani influences.

Saving the best for last, the melodic oasis of Watershed incorporates many aqueous melancholic elements, while the monumental Sea Cathedral is a technically outstanding composition.

As Waterscapes is twice the playing-length of Zoologica Duodecim #3 a simplified statement would be that it is therefore double the fun. A fine achievement that should appeal to many melodic guitar lovers, whether it be prog-metal or not. 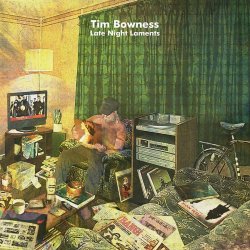 Tim Bowness is a long-standing and highly respected artist in the progressive music scene with a gamut of reviews on this site dating back 21 years. He is probably best known as vocalist/co-writer with the band No-man, a long-running collaboration with Steven Wilson. Tim has also worked with Robert Fripp, Hugh Hopper (Soft Machine), Nosound, OSI, White Willow, Nick Magnus and Roxy Music's Phil Manzanera, along with the bands Henry Fool and Memories of Machines.

What you'll find here is unmistakably coherent with both his solo and No-man body of work. Bowness is one of those musicians who seems to have found his sound, his niche and appears quite content to produce albums that stray very little from what fans would expect. The songs all have a very similar pace (slow), a similar length (short) and a similar ambience (languid to melancholic). I like the soothing mood created and I like Bowness' voice. There are some good songs here and some lovely details in the compositions, albeit the aim is generally minimalism. After a couple of songs, things start to tread very similar and familiar territory.

Good, but far from essential. 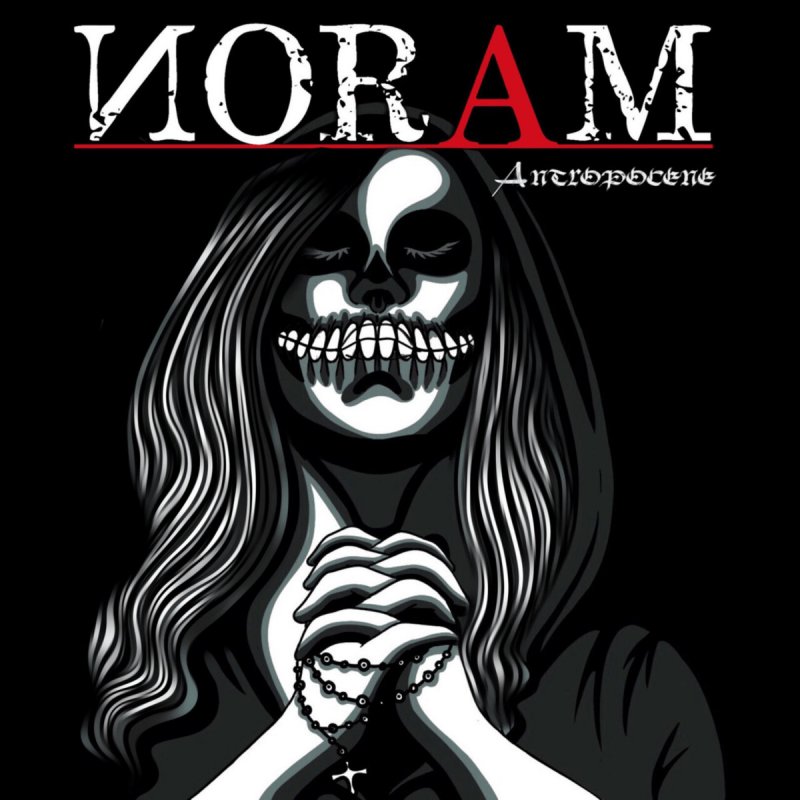 Heavy metal is a bit of a strange genre. You have “ye good awld” respectable heavy, à la Iron Maiden, with Bruce Dickinson only a couple of steps away from becoming “Sir Bruce Dickinson”. And you have aggressive heavy-freaking-metal to bang your head off in a local pub.

On this, their debut EP, Italians Noram play the second type of heavy metal. Raw, rough, somewhat bouncy and party-type. I would even say that there is a heap of punk rock thrown in for aggression's sake.

So, imagine a mixture of early Anthrax, D.A.D. and Ramones with some melodic guitar leads, sung in Italian, by a band of young brutes, and more-or-less you have the picture. No, absolutely no similarities to your typical Italian heavy metal of the Rhapsody or Labyrinth kind.

As a part-metalhead, I have no objections to this approach, but there is almost nothing worthy of attention to a prog fan here. Unless, of course, you are interested in how a low-fi heavy music, blends with the language of Giuseppe Verdi and Banco del Mutuo Soccorso.

Playing this EP after 10pm is a fine way to communicate to your neighbours about your long-nursed grudges against them. Also good if you need a quick way to get back to reality after listening to the Tangerine Dream discography in one go.

Ritual — Glimpses From The Story Of Mr Bogd 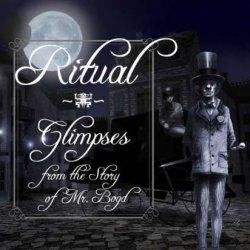 This limited edition EP is a taster for the band's forthcoming double CD concept album. Well, double CD may be a bit of a misnomer as actually there will be two separate CDs released at unspecified times in the future. The line-up of the band remains steady, comprising Patrik Lundström (vocals, guitar), Jon Gamble (keyboards, harmonium, harmonica, vocals), Fredrik Lindqvist (bass, bouzouki, mandolin, flutes) and Johan Nordgren (drums, percussion).

Of the EP's four tracks, the first three are from the first (future) CD. Chichikov Bogd is a brisk melodic number with a catchy chorus, laden with harmonies and a rather disjointed middle eight that is rather intriguing, if somewhat disconcerting on first hearing. Mr. Tilly And His Gang is rather offbeat and, out of the context of a complete album, sounds like a more experimental track that would, at one time, have been relegated to the b-side of a single. But it certainly hints that the new material will cover a wide base of musical styles. The same could also be said of The Three Heads Of The Well. This is a more acoustic affair with a dash of Eastern mysticism thrown in. Neither of these tracks particularly stand out as anything special.

The final track, The Mice is from the second of the two (future) CDs and is the most traditionally progressive of the numbers (which has nothing to do with its lasting nine minutes!). Rather heavier than the other numbers, with an interesting harpsichord keyboard sound, it perhaps could have done with a bit of editing. However the switch to a more folky air towards the end is very interesting, and the rumbling keyboards at the end hints at drama.

The Prog Bites mini reviews are not rated and that's good in this case as it is difficult to fully appreciate how these pieces fit into a concept that will be split over two CDs. Obviously they were not intended to be heard in isolation which sort of makes one wonder what the point of this EP is, apart from being entirely promotional. But there is enough to whet the appetite and I look forward to hearing the full albums in due course. 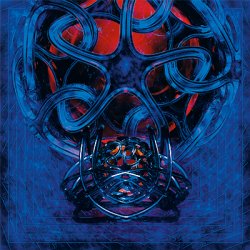 This is the debut EP by a British duo whose names we know (drummer Sam Street and bass player Shaun Rayment) and that they come from the prog-metal band Enochian Theory. We do not know who did what on this album. There is a lot more going on than just bass and drums. We do know that they "wanted to capture the warmth, smoothness and dynamics of some of the big records made in the late 80s and 90s, but with the clarity of music made today." I now know that that is a fair description.

We have changes in mood, tempo, riffing and melodic parts, with a progressive edge in almost every section of the song writing. There is an overall post-metal sound, but clearer than you might think.

Because of this interesting blend of a classic prog approach, with modern sound and production, Galahad comes to mind, especially in tracks like Semo Entry or This Is The Hand. It also touches Pallas in sound and heaviness, and some of it would not be out of place in a set by Muse.

An EP is a bit too short to say a lot about the band. The songs are a bit short as well, and that's a pity. In some cases I was just getting into it, and then the song ended. Using these ingredients for sound but expanding on the compositions might make it more interesting.