In November 2020, Dream Theater released Distant Memories - Live In London in several formats. 3CD, 4LP in different colours, double Bluray, double DVD, art-book - in all kinds of combinations. To make some kind of sense in this we decided to review the video and the audio (Duo review) separately. 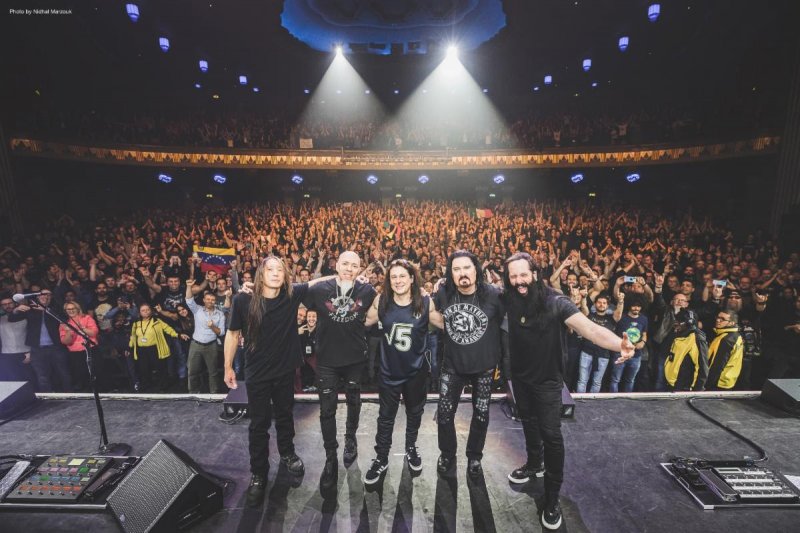 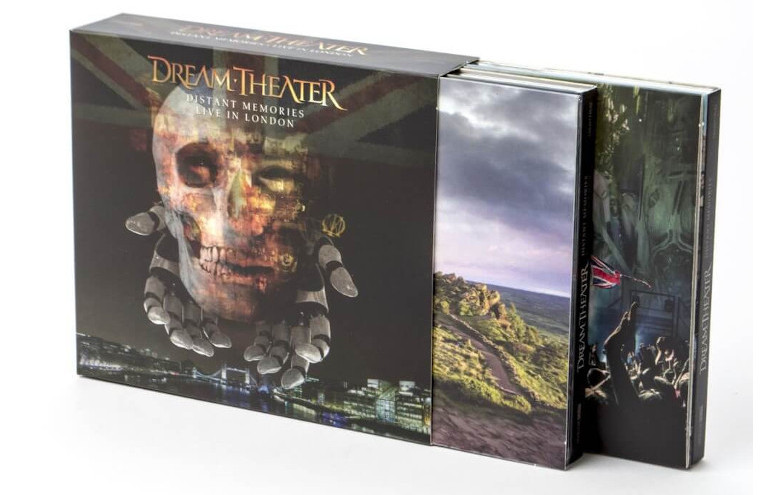 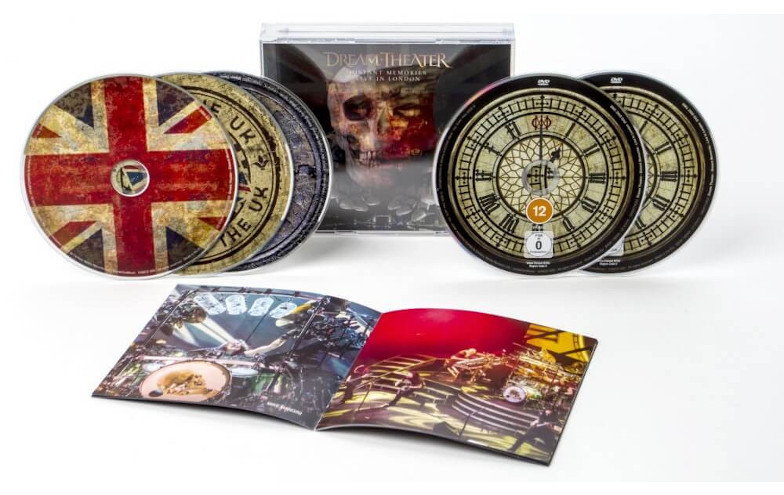 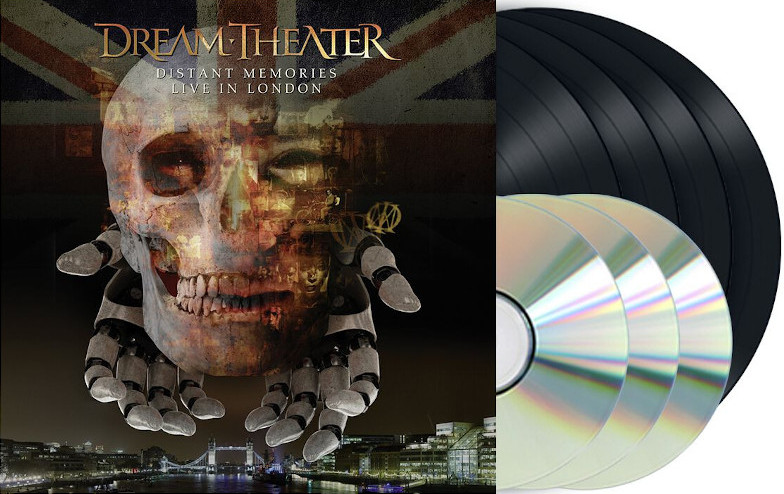 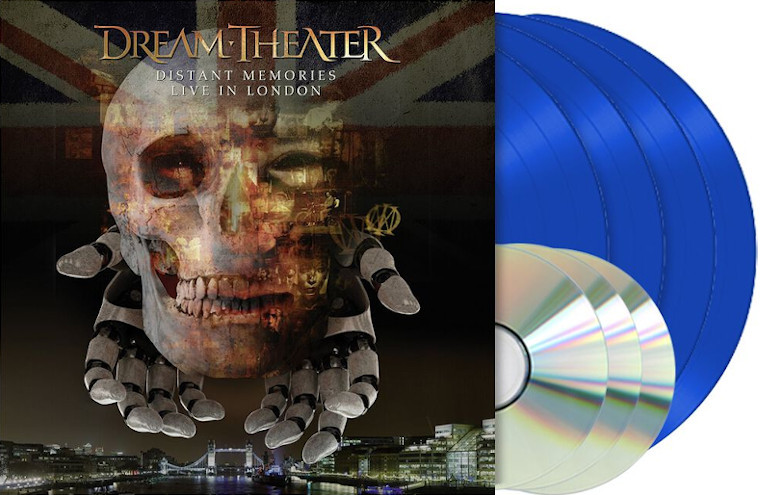 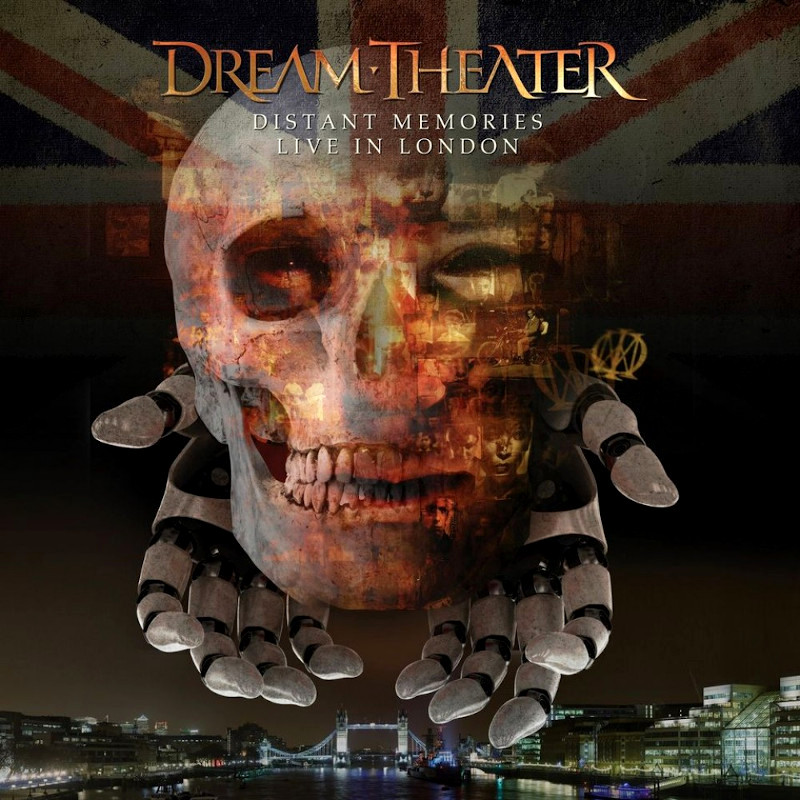 The opening set predominantly features material from the band's latest studio release, Distance Over Time. That album was quite good and the songs carry over well into the live performance.

The real calling card here though is the full performance of their 1999 concept album, Metropolis Pt. 2: Scenes From A Memory. The significance of this choice was initially lost on me. However, there is a moment in the show when James LaBrie references the younger members of the crowd who are having their first opportunity to hear it played in its entirety. It suddenly occurred to me that the studio album was released 21 years ago!!! Time sure does fly.

The performances are excellent throughout and the audience is understandably enthusiastic. Particularly one gentleman, seated in the front row, who has fully mastered the art of air instrumentation. If there is a criticism to be made with this release, it would be the significant focus on only two albums. The band breaks this up a bit by performing In The Presence Of Enemies from Systematic Chaos and A Nightmare To Remember from the Black Clouds And Silver Linings album. Overall though, the setlist is far from being retrospective.

Regardless, Scenes From A Memory is the spotlight event and certainly worth the investment in this collection. Yes, the band released a live version of the piece back in 2000, but this new rendition is enhanced by much improved video and audio quality. Also, it is interesting to see/hear drummer, Mike Mangini performing the much-loved conceptual classic.

The filming of the concert features many sweeping views of the stage, and effective band close-ups as well as a clear sense of the crowd's vantage point. There is an avoidance of distracting video effects, which allows the focus to be almost entirely on the band's performance. One notable exception is during Through Her Eyes, when an animated video of a graveyard, displays the headstones of several famous, deceased rockstars. It is a respectful and moving moment.

The rendition of The Spirit Carries On, complete with the glow of the crowd's cell phones, is another highlight. I suspect that most who purchase this release will know what to expect and they won't be disappointed. That is not a criticism, but instead a testament to the high level of quality that people have come to expect from Dream Theater. Once again, they have delivered an extremely entertaining tour document, which is a particular blessing in these concert-less times. 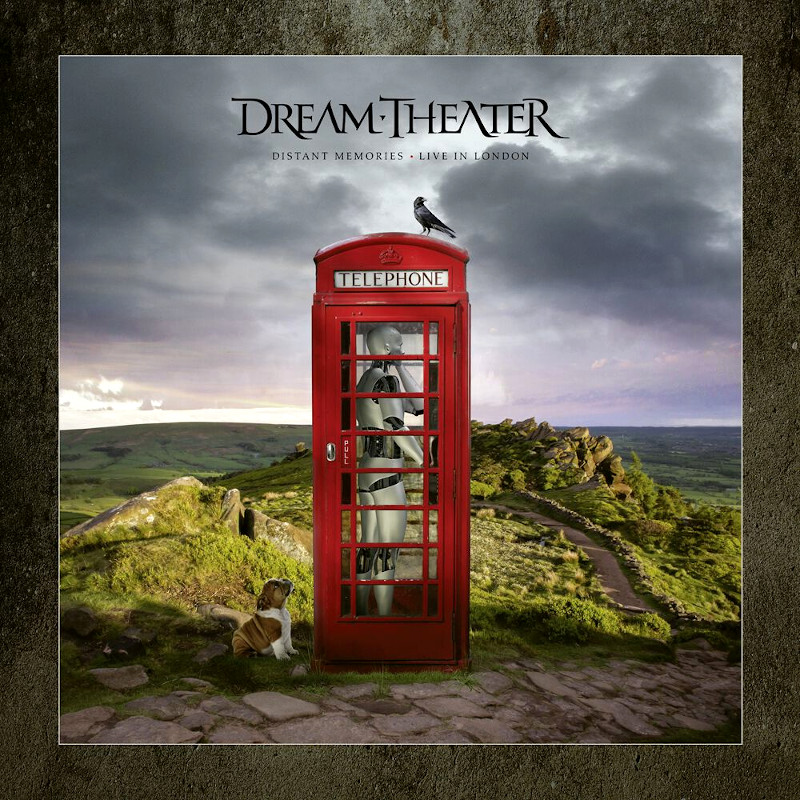 A Dream Theater mammoth live album every few years was a solid tradition until recently. The band had us accustomed to a generous souvenir at the end of every tour but then before we realised, both the Astonishing and the Images & Words 25th Anniversary tours came and went with no official triple CD or DVD to boot.

So, the main reason to rejoice with this new release is that it fills a gap in the band's history and gives it some kind of continuity.

In their long and illustrious lineage of concert films, this has the unenviable task of succeeding 2014's Breaking The Fourth Wall; in my opinion one of their best live releases. So how does it stack up against its predecessors?

Well, make no mistake, in terms of both performance and repertoire this is no Live At Budokan (2004) or Score (2006), and I'd personally give the edge to Fourth Wall when it comes to Mangini-era recordings, but it is yet another excellent package.

The main "concern" here was whether releasing one more live rendition of the whole Scenes From A Memory (1999) again would make any sense. After all, there's Live Scenes From New York and even their last live release included a good 27 minutes of it. This new recording remains faithful to the original version and there's not much room for inventive detours. However all members sound great and in no way does this presentation compare unfavourably to previous ones.

For all those on the lookout for flaws, and prone to nitpicking, let's make this clear: James LaBrie is not his 30-year-old self, and yes, there's been some studio tweaking to his vocals, but he's still sounding quite good given his age and the abuse that his vocal cords have been under for three decades (and counting).

The fans' other bone of contention regarding modern era DT is Mike Mangini's drumming, something which has never been an issue for yours truly. Listen, Mike Portnoy left, Mangini has been the band's drummer for 10 years now and he certainly does a magnificent job here. He manages to stick to Portnoy's original parts while sprinkling some nice personal touches here and there. It also helps that his drums (finally!) sound great, as they did on Distance Over Time.

The sound quality and the mix are great assets on this release. That you can hear John Myung's spidery bass lines so clearly is a strong case in point. Needless to say, both Rudess and Petrucci are their flamboyant, virtuoso selves once more, and their high performance standards haven't (for the most part) aged a bit. This is all made obvious on the impeccable live renditions of some of Distance Over Time's gems such as Fall Into The Light, Pale Blue Dot and the closing epic At Wit's End, but the set's highlights are the commanding nine minutes of In The Presence Of Enemies Part 1 and an intense A Nightmare To Remember. The latter's 16 minutes might be excessive for some, but they are definitely of a forceful epic scale on a live setting (check LaBrie's demonic scream at around the 11 minute mark to see what I mean). These two tracks are worth the purchase price alone.

So, really it's not about how good this new live product is (on the whole it's as good as any other if you ask me), but how much you actually need it. In that regard, I'd say it is not as essential as other DT live documents and maybe not the best entry point for neophytes, but it is definitely worth every penny for progressive metal fans and a must for DT completists.

Dream Theater is a band that needs little introduction. Earlier in the year, they set out to tour for the anniversary of Metropolis Pt 2: Scenes From A Memory, and I could not have been happier. Having been a huge fan of the album, and the previous live version of it on Live Scenes From New York, I snatched a ticket and popped to the Glasgow gig. And it was incredible. This album is from the same tour but taken from their London show.

The night was billed as 'an evening with the band', and consisted of two sets. The first was a more standard set featuring four tracks from their new album Distance Over Time, as well as A Nightmare To Remember and In the Presence Of Enemies. CD 1 handles this portion of the night.

Untethered Angel, the lead single from the album, kicks the set off at a high pace with every member of the band sounding incredible. Having removed the whole “death metal rap” bit and replaced it with just LaBrie at his vocal best, greatly improves A Nightmare To Remember. Much like the latest album it sounds like a re-energised band, and this set showcases that renewed sense of vigour.

However, as much as we are all here for the band and their music, the true point of the night is set two. Having waited 16 years (since I was 13) and trying to look cool to my brother by buying MPT2:SFAM, I was excited. The live setting suits this album wonderfully, especially with the Hypnotist and the ticking as it starts. Musically something about the live setting just really brings all the ins and outs of this album to the fore. The only slight downside is that Jordan Rudess is still a bit trigger-happy and effect-mad on his solos which does take away a bit from his original performance on the studio album.

Home comes across more ferocious and really gets across the anger, frustration and scheming emotions felt by the characters in the story. The Spirit Carries On conveys the sad-yet-hopeful feelings of Nicholas (the main character). However the stand-out track has to be the closer Scene 9: Finally Free. Aside from the awful way Labrie says “soul survivor”, the track is the ultimate expression of progressive storytelling. Heavy, emotional and summing-up everything in the story and delivered with even more passion than when originally recorded back in 1999.

My only criticisms of the performance are the over-the-top keyboard solos and Labrie's performance when he is at the upper-middle-plus range of his voice, when the words all seem to merge into one long “maahhuuuUUAHHHmmahhh” sound, and how he (on the softer tracks when he tends to sit down) breathes into the mic. However, you can't have Dream Theater without his voice, and for me, it didn't affect the show as I've seen them before and followed them for nearly two decades, so it was expected.

If you are a Dream Theater fan, you will know these issues, but the sheer energy in the performance will more than make up for any shortcomings. I'd say that this is a must-have and is far better than any of their previous live offerings.