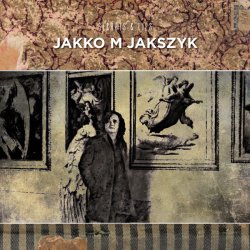 It has been 11 years since Jakszyk's last solo album Waves Sweep The Sand, the limited edition companion album to the brilliant The Bruised Romantic Glee Club, the album that first highlighted to many the guitarist's prog credentials.

Since that time his star has been in the ascendant in the prog world, as a key member of the latest King Crimson incarnation. Despite having been in existence for approaching seven years, the triple drummer formation have yet to release a full album of new material. Yes, there have been various new pieces on the various live albums released during that period, as well as on the annual instalments of The Elements tour sets, but that is as far as it goes.

It is not really that hard to identify these three pieces, with the first of them, Uncertain Times, displaying classic Fripp guitar lines, set against off-beat rhythms and a prominent bass, which is played by Jakko's teenage son Django. Originally written in the aftermath of the Brexit vote, its themes are even more apt in these Covid-19 days.

Under Lock & Key, co-written with Fripp, is immediately identifiable from the unmistakable sound of Frippertronics, but is more along the lines of the 2011 Fripp, Jakszyk & Collins album A Scarcity Of Miracles, displaying a gentler side of the artist.

However, it is the third piece, Separation, another co-written with Fripp, that takes the biscuit. Pure vintage Crimson, quite literally with the performers including Jakko, Fripp, Collins, Levin and Harrison, it is a blistering track when all is said and done. Crimson aficionados may remember a 2:40 edit of this piece being included on the 2014 Tour Box. That was exciting enough, but the full version, running to a shade under seven minutes, is exceptionally good. Why it has taken 10 years to be released is beyond belief.

Jakko's old mate from Level 42 days, bassist Mark King makes a guest appearance on Before I Met You. If ever Levin was to retire from the Crimson ranks then there would be no more suitable replacement than King, who pairs comfortably with Harrison on this excellent song, with some fine singing and soloing from Jakko throughout, as well as lashings of Mellotron to enjoy. 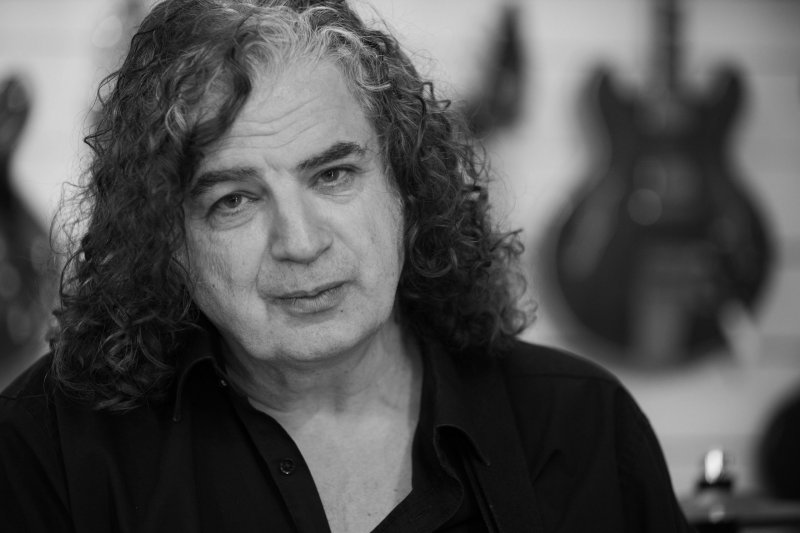 Some gorgeous fretless playing from Levin enhances the balladic The Trouble With Angels, which is the calm before the acerbic storm that arrives in the form of Fools Mandate. Co-written with Peter Hammill, who adds his own distinctive guitar and vocals, this is a treasure for Hammill fans harking back to his angry and guitar-driven days, and is a definite highlight of the VdGG frontman's recent career. Jakko's daughter, Amber, also adds backing vocals to the first section of the song.

The Rotter's Club Is Club Is Closing Down is a heartfelt tribute, as the title suggests, to Pip Pyle, drummer of Hatfield And The North. The personal lyrics are full of remembrances and regrets, which are tempered by the instrumental, delightful coda which could easily have fitted on either of the Hatfield's marvellous albums. The song also, to my knowledge anyway, is the first major recording featuring comedian Al Murray on drums.

Jakko's skill as a guitarist is somewhat overshadowed by the presence of Fripp in King Crimson, although that can now be put to rest by his work throughout Secrets & Lies, no more so than on It Would All Make Sense which also features a third iconic bassist in John Giblin. The layers of guitar are subtle enough to not overpower the gentle and melodious chorus but, particularly when played through headphones, are delightful in the way they interweave with each other.

Secrets, Lies And Stolen Memories is almost an electric guitar concerto, with Jakko's guitar set against a marvellous orchestration by Nigel Hopkins. I would dearly have loved this instrumental piece to have gone on for a lot longer, as it is a superb piece of music that ends far too abruptly and in a most unsatisfying way; it really needed a more definitive ending than is provided on the album.

With The Borders We Traded and Trading Borders we have two halves of the same coin, with the first acapella piece reflecting on the difficult relationship between the adopted Jakko and his birth mother. The second piece is suggestive of the (hopefully) more tranquil relationship between Jakko and his own daughter, who actually wrote the piece and performs the piano part on the concourse of London's Euston Station! The Celtic-tinged arrangement provides a wistful air that is both soothing and comforting.

Secret & Lies is an exceptional album and one hopes that it gets the attention it deserves. Unfortunately, it will no doubt be the case that it will sell far fewer copies than a new studio album by King Crimson, which is a great shame as it possesses many of the qualities that Crimson fans are looking for, but so much more besides.