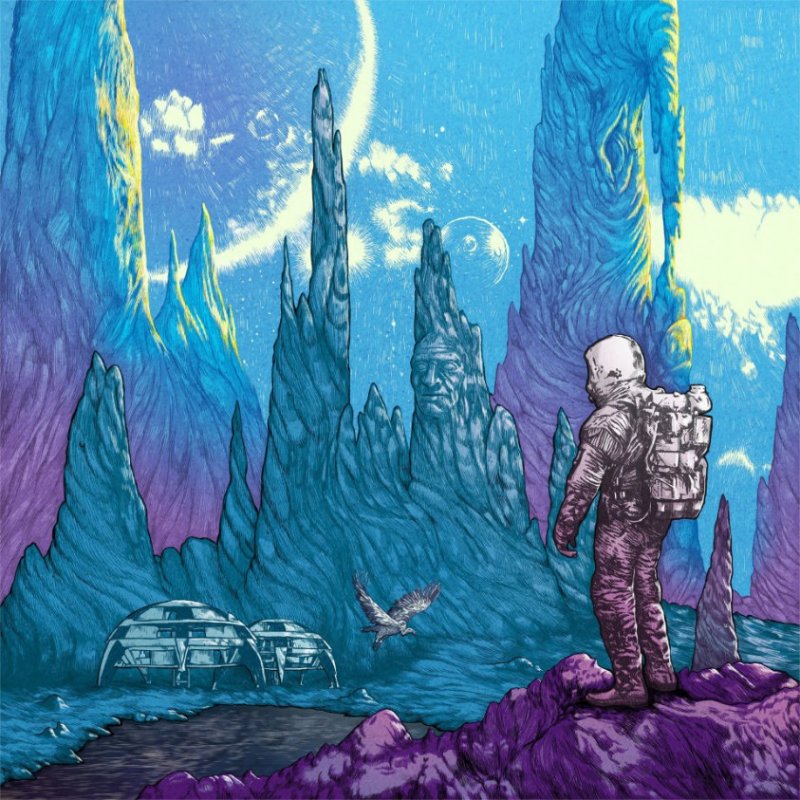 I don't know a lot about the history of the band from before their first album, but the line-up on this debut is as follows: Leif Göransson (bass), Stefan "Steffo" Joansson (drums), Jon Eriksson (guitar), Christian "Crille" Lindberg (guitar) and Robin Klockerman (synths).

After an intro that I assume contains a recording of the kosmonaut the band got their name from, it's clear what is going on here. Heavy space rock. But what type? I recently reviewed a box set by Pre-Med who are also categorised in the space rock category, yet both bands sound quite different. Where Pre-Med are focusing on songwriting and take you on a sometimes storming trip, Yuri Gagarin are into channeling the Hawkwind energy in a heavier way, and they take you through a tripping storm.

Although the band might be trying to find their style on this debut (it would sound weird to call a new band accomplished on their first album, right?), it is actually a very consistent release with multi-layered, soaring and melodic guitar sections and solos.

On the first two tracks, the band are letting out a lot of built-up anger. Za Kosmosom is the most surprising track here, slightly slower, but still heavier.

Perhaps it's the range of effects and the style of playing that are a bit limited here. I hear a certain synth effect in different places and the guitar style becomes recognisable relatively soon.

When writing this, I already know what is coming after the first album. I can't give away too much, but saying that this is the album closest to Hawkwind does not do it justice. I still listen to this album, as it is a massive debut and a great album in its own way.

In 2014, the band had the album remixed and remastered. Both versions are available from the band's Bandcamp page. If you're going to listen to one, take the remastered version.

Yuri Gagarin — At The Centre Of All Infinity 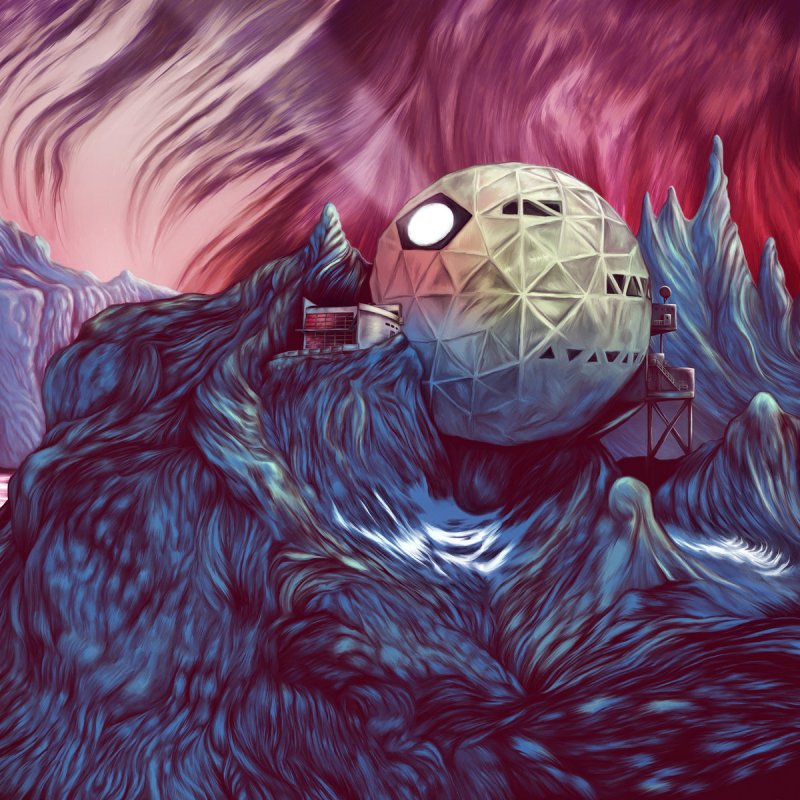 On the second album, At The Centre Of All Infinity from 2015, the line-up has not been changed but there is extra percussion, bouzouki, and grand piano by studio engineer Linus Andersson.

This is already a next step for the band being even heavier in places, although that might have to do with the production, and more variation in songwriting. The guitar melodies still have a load of middle eastern influences in terms of the melodies and the effects, but more variation here as well.

With a track like In The Abyss, the band is moving towards a post-metal style as well. I have visions of Toundra here; something which I can only applaud.

I See No God Up Here is the time to breathe. Not because you need that after the previous track, but you do need it before taking off on the next one, the title track, and Oblivion. Oh, if Hawkwind would have a guitar player like this. Or imagine how would Orgone Accumulator sound when done by Yuri Gagarin. If you like the last half hour of Aton 5's album Solarstalgia, you have to listen to this. 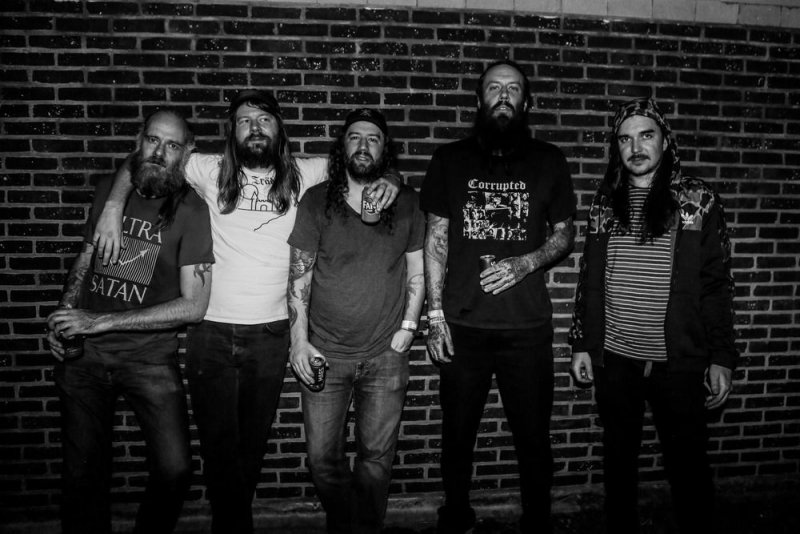 This is the album I got to know this band by, then bought their first album too. I remember wondering how their next album would sound like. Would it be another step ahead? Well, now I know, so read on.

Shortly before the release of this second album, a single was released with two non-album tracks: Sea Of Dust and Psychological Discontinuity. Available on 10" vinyl and, of course, Bandcamp.

Yuri Gagarin — The Outskirts Of Reality 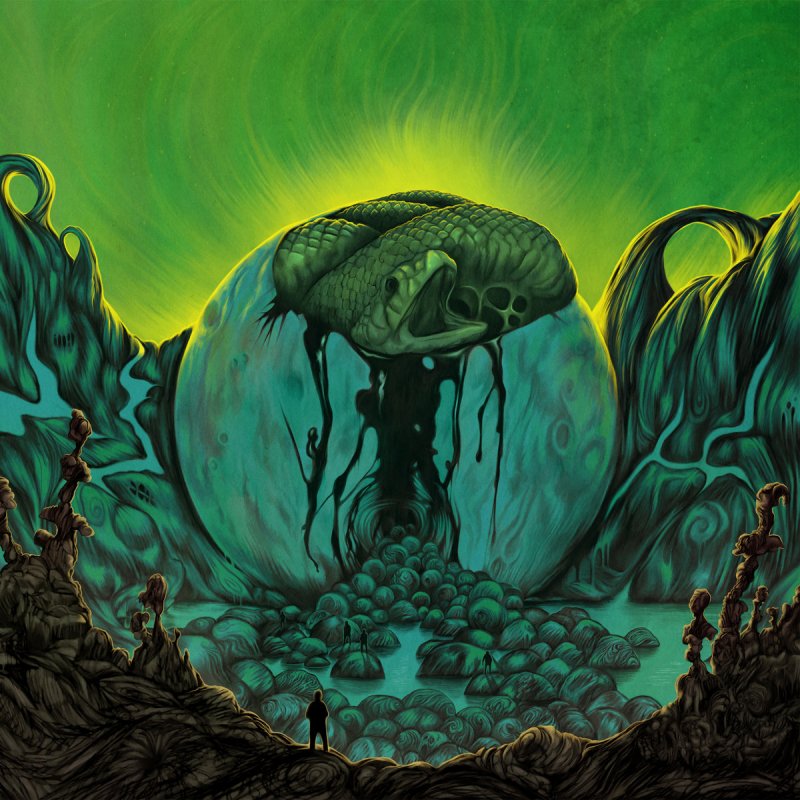 Earlier this year the band released their third studio album. It took a while, but after hearing it a couple of times I hear that it was worth taking their time. The line-up has remained unchanged.

So how does this one compare to the previous albums musically? The style has changed a little bit. It sounds as if more different influences have entered the music and production.

The first and last track are storming through the speakers. Heavier than before, with a lot of post-metal shining through. A good thing that these two are placed like bookends, you know what you're up to right away and then the album goes out in a storm. I like that in an album. I hardly ever listen to albums in shuffle mode, and this album is a good reason you should not.

That opening track, SQO, is a massive introduction. Hawkwind on steroids, blended with a heavy (pun intended) dose of post-metal. Heavy bits are alternating with other heavy bits, melodic guitar solos fly by, then the whole thing gets even a little heavier. It felt like being happy because we are storming into the sun or something. I love this kind of overwhelming sensation; drowning in sound. After seven minutes this suddenly changes into a reflective part; getting back down-to-earth safely, so to speak.

Crystal Dunes has more progressive hooks than any of their previous songs. Still with a foundation of heavy space rock following a post-metal road, but there's something extra as well.

After the intermezzo (or breather) that is Laboratory 1, all hell breaks loose again in such a melodic way. You're going to be surprised at how beautiful a collision of planets could be. A trip, but taking bends and u-turns in all directions. 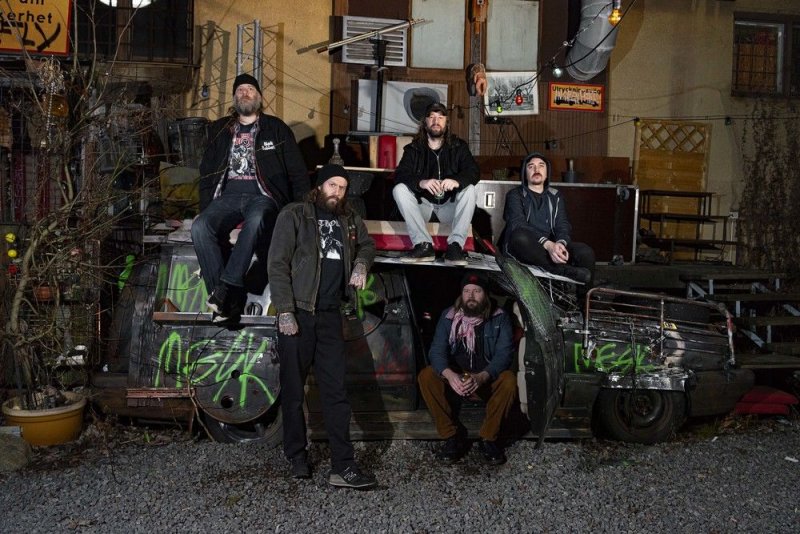 On the vinyl release, QSO is about 90 seconds shorter than on the digital releases (CD and Bandcamp). After 21 minutes on a vinyl side, the density of the groove becomes so high it will have an impact on the quality. The band decided to edit the outro of this track on the LP for that reason.

In times when genres are crossing boundaries all the time, it is not surprising the music of Yuri Gagarin is incorporating different influences as well. This album happens to have a combination of space rock, post-metal, and progressive rock, that is just perfect for my taste.

In some way it felt the same as when I was listening to Toundra's Vortex album. For both I can say I was pleasantly surprised at the expansion of the band's sound and the display of other influences. Yuri Gagarin have grown, in composition and production.

This third album has the most to offer in the sense of reaching people of different tastes. I would strongly urge post-metal fans to check this out. Progressive rock fans with a soft spot for space rock should as well. If you know the first two albums, then you don't need my recommendation because buying this is a no-brainer.

If you're even slightly interested in heavy and / or space rock, get their total digital discography from Bandcamp, with the first album both in the original 2013 mix and the 2014 remix, for just over 16 euros. Most of it is available in 24-bits, too! If you like only a bit of space rock, then that's a small price for a couple of long trips. Post-metal fans and adventurous prog fans, should start with the latest album.