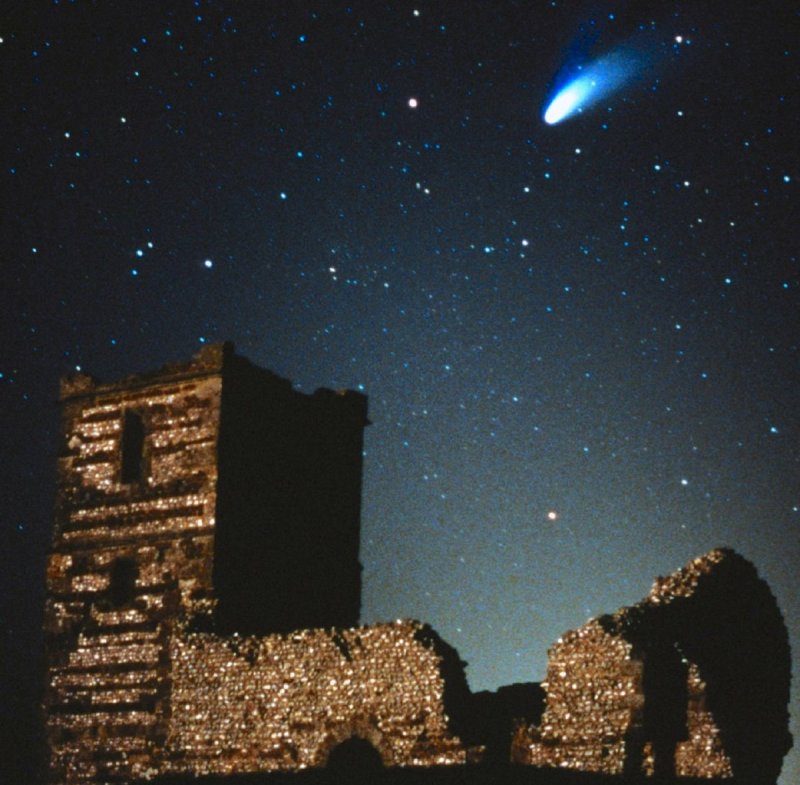 Although Galahad had originally formed in 1985, they didn't really come known to a wider audience until the inclusion of Suffering In Silence on the cassette-only release of The Audio Directory compilation in 1990, releasing a debut CD, Nothing Is Written, the following year. They continued gathering support as they persevered during the prog-resistant time of the early 1990s, eventually making their mark, and a certain amount of notoriety, with their second album, Sleepers, in 1995.

However, it wasn't until the third album, Following Ghosts, released some three years after the fantastically expensive Sleepers, (the equivalent of almost £46,000 in today's money), that, to my mind, Galahad really forged their own identity. Twenty-two years after that initial release, this expanded edition features a brand new mix of the album by Karl Groom using the original digitised multi-tracks, a new version of the whole album recorded between 2014 and 2018 that features the first appearance of Mark Spencer playing bass on a Galahad release, as well as the Deconstructing Ghosts collection of remixes and re-imaginings of material from the album.

The remix, conducted using digitised versions of the original two-inch master tapes, carefully baked to preserve them during the transfer process, provides a new clarity that is evident from the first track, Myopia. It has such a wide dynamic, featuring acoustic guitars, violin (courtesy of Richard Roberts) and some extremely heavy riffing, all in under five minutes.

The largely acoustic Imago, probably the best ballad in the Galahad catalogue, features crystal clear vocals from Sarah Bolter (nee Quilter), who is also featured throughout the album, adding sundry vocals, flute and clarinet, particularly on the lovely Rejuvenation which is without a doubt Galahad's version of Floyd's Great Gig In The Sky.

The clarinet is heavily featured on the classical arrangement of Easier Said Than Done, at the time quite a surprise avenue for the band to travel, but one that exemplifies the diversity of the album. The two parts of A Short Reflection On Two Past lives are also exemplary examples of the quieter side of the band. The first part is a bucolic acoustic tune with some of Stuart Nicholson's best singing, with a faux accordion adding to the atmosphere. The second part, again featuring Quilter's clarinet, builds into something of an epic with a lovely guitar line from Roy Keyworth. Perfection Personified is, to all intents and purposes, a progressive pop song, (no criticism implied), as it is a important contact point in the album and a darn good song to boot.

Shine is the key piece of prog rock on the album, the excellent three-part suite ending with Shine On... subtly acknowledging the Pink Floyd inspiration and recycling of a famous piece of the elder band's repertoire.

The two songs that were the most "controversial" were Bug Eye and Ocean Blue that saw the band incorporate break beats and more contemporary dance elements into their prog rock base. In many ways Bug Eye is the true spirit of progressive rock. Taking an epic and expansive musical idea, mixing in a seemingly alien genre and creating something totally new. It may have sounded a step in the wrong direction at the time but two decades later it is a bold and contemporary song that has proved its strength by remaining a staple of the Galahad live set. Ocean Blue, written and mostly recorded by Neil Pepper, features a drum sample from a song by Leftfield. It doesn't work as well, as it is rather one-dimensional and unadventurous, although Quilter's backing vocals are really nice.

So how does the new recording (CD two) stack up? Well the most obvious differences are the slimming down of the two longest songs on the original album, Bug Eye and Shine. The former tones down the overt break-beat section of the original, adding more keyboards over the top, strengthening the arrangement and making a more cohesive piece that has been developed from years of live performances. The trimming of Shine is also to its advantage, under the 'less is more' philosophy. The overt Floydian section is stripped away and more emphasis is placed on the acoustic guitars in the opening section, with the finale acquiring a more epic demeanor.

Ocean Blue is transformed by toning down the drum sample, adding more keyboard effects and samples and enhancing the bass, giving the song a tad more dynamism. Rejuvenation is rejuvenated (!) by the addition of a more prominent piano, more effective orchestrations and a new vocal by Sarah Bolter, who returns to reprise her role on the original album and also adding some soprano saxophone. The advances in keyboard technology are evident on the more refined orchestrations on Easier Said Than Done and the totally transformed Perfection Personified, in which Mark Spencer has created something akin to a classic James Bond film song. (Thinking about it, Perfection Personified would be a good title for a Bond film.)

There was little hope of Nicholson improving on the original vocals of A Short Reflection On Two Past Lives - Part One, although there is absolutely nothing wrong with his new recording over the more acoustic new musical backing, which has lost the accordion sample in favour of more mellifluous keyboards. The second part is heavier and more upfront, losing the more delicate nature of the original but probably fitting in better with this new recording, with Lee Abraham taking the original solo guitar line and ramping it up into the ether. There is a lovely touch at the end when Stu poignantly remembers past colleagues and friends in his revised vocal.

Myopia is a little less dynamic, the guitars are not so heavy, the violin no more, and the acoustic guitar more widespread but the blistering guitar solo at the end of the track really hits the mark.

I am not too fond of the new opening to Imago, the guitars are beautiful but the percussion bongos are a bit of an anomaly. The toughening-up of the song is altogether successful and creates a perfectly acceptable re-interpretation of the song, with some great playing throughout. I just happen to prefer the original. The reverse is true of Karma For One which has received the best makeover of all the album tracks. The new version is essential listening.

There is lot a lot I can say about the third CD, Deconstructing Ghosts except that it not my cup of tea at all. In fact I can confidently say I will never play this CD again as I loathe it with a passion! Yes it was a very brave move by the band to expose themselves to the whims of remixers, although five of the tracks were actually created by the band's keyboardist, Dean Baker. Repetitive beats are just too dull and boring to me, regardless of what is going on in the background.

I suppose the industrialised nature of Ocean Black is at least a bit interesting, but apart from that, the only thing I really like about the album is the title of Sludge Flute Landing Zone. However, I am sure some will find the album of interest and to be fair if it hadn't been included, the Following Ghosts story would have not been complete.

In conclusion, Following Ghosts is a worthy album for re-evaluation. I have certainly gained a new admiration and appreciation for it and have really enjoyed listening and comparing the newer version of the album with the original. The remix alone is certainly worth having in one's collection and the alternative version is much more than a re-recording, more of a total re-imagining. It stands alone in its own right.

Even though the third CD is somewhat redundant (at least in my case!), I would still want this expanded edition in my collection, as it does no less than enhance the reputation of Galahad as a fine and innovative band that were not afraid to push the boundaries of progressive rock. And that is something worth applauding.