The new release from the prolific Swede Rikard Sjöblom is from his Gungfly project. Alone Together follows up 2018's Friendship, and on it the former Beardfish and current Big Big Train multi-instrumentalist and vocalist has again collaborated with the rhythm section of the brothers Diamant (Rasmus on bass and Petter on drums).

Rikard Sjöblom's aim with Alone Together was to take the power-trio format in prog rock and turn up the rock element, keeping the instrumentation and arrangements stripped-back and focussed. With the emphasis on keys, especially organ, along with guitar, this has a power-quartet sound. The album's lyrical themes explore how the connectedness of the social media world leaves people isolated in virtual relationships, rather than real physical ones.

On Alone Together, what I have just described is what you get. The music is based around long-form heavy rock with Rikard Sjöblom's guitar and Hammond organ the main focus. His vocals are at times slightly too forward in the mix and disrupt the balance of the music. But the playing by all three is terrific, as you would expect, from such experienced musicians. 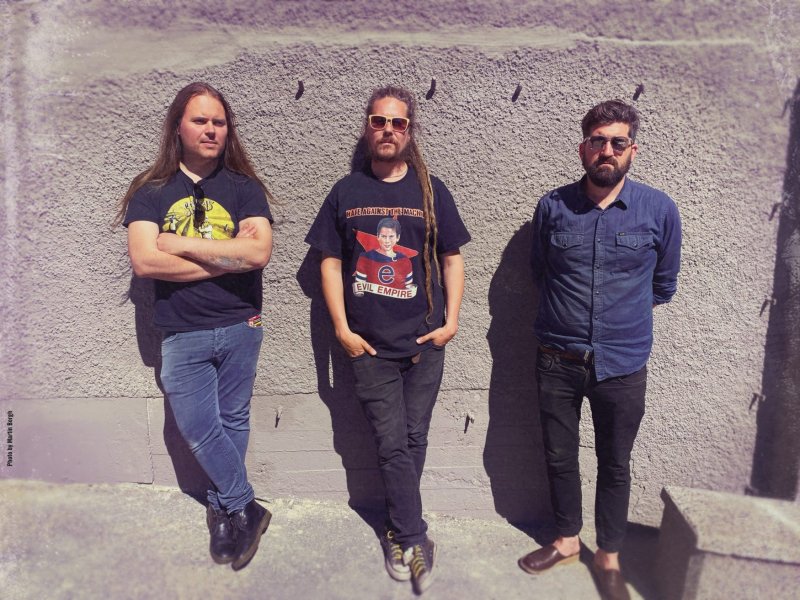 However, here is the issue that I have with Alone Together and it is that I find the melodies are not particularly memorable. I have played this album a lot wanting it to click with me but as yet it hasn't. Fleshing the songs out with buzzing guitars, great organ and some fine soloing, they still end up feeling less than the sum of their parts.

There are in its favour some great parts. On the hard rock and psychedelia of Traveler, Rikard pulls out a Robin Trower-style blues-infused guitar solo that lifts the whole thing. There are quirky, humorous lyrics and harpsichord on the folky Jethro Tull-like melody of Happy Somewhere In Between. Rikard Sjöblom's higher vocal register gets a workout, as does his synth playing on Clean As A Whistle. The title track has hints of prog metal and a beautiful grand piano coda. The longest track, On The Shoulders Of Giants, is a glass raised to Sjöblom's musical influences but musically it wanders a bit and only regains my attention with the guitar solo that nearly redeems the whole piece.

The band that Rikard Sjöblom's Gungfly reminds me of on Alone Together is the heavy rock band Uriah Heep. Though often associated with 70s English prog rock, I always found their heavy rock style a bit lumpen. A few Roger Dean album covers does not a prog band make.

It is Uriah Heep's pair of 1972 releases Wizards And Demons and The Magician's Birthday that, intentionally or more likely unintentionally, Alone Together resembles. Rikard Sjöblom vocals, guitar and keyboards offer a facsimile of Heep's David Byron, Mick Box, and Ken Hensley. Herein lies my problem; I was never a Heep fan and I remain unconvinced by this revisiting of that heavy rock style. Even though it has its moments, they are just not enough.