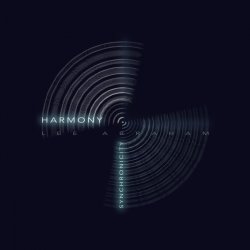 Galahad guitarist and solo artist Lee Abraham releases his eighth album and it may well be his best yet. Coming just a year after his best-selling and DPRP top-rated Comatose album that is quite a statement.

Written and recorded during an intense eight-week period April and early June 2020 during lockdown at his home studio, Abraham plays everything on the album, with the exception of drums which, as per usual are handled by Gerald Mulligan from Credo. As for vocalists, well anyone familiar with Abraham's other solo albums will not be surprised that Marc Atkinson and Simon Godfrey have been invited to contribute but there are also first-time lead vocal appearances from Peter Jones, Mark Spencer and Stu Nicholson (who, apparently, having worked with Abraham for over 15 years, was beginning to think he would never be invited to sing on one of Lee's solo albums).

The album is a rather unexpected release because Galahad were in the process of creating their new album when the pandemic shut things down and prevented the band from getting together to complete proceedings. But as a multi-instrumentalist and producer, Abraham could more easily create in isolation, so in many ways Harmony/Synchronicity is a product of the pandemic. Lyrically, at least in part, it is also a reflection on the pandemic.

This is no-more-obvious than on the opening track, The World Is Falling Down, sung by Stu Nicholson in a very unlike-Stu Nicholson manner. The heavy, riffing guitars hint at an underlying anger and frustration at the current predicament. The heaviness of the verses are counteracted by the sweeter choruses, enhanced by the careful use of harmony backing vocals. The instrumental break features a great guitar solo before heading into a final chorus ending the song with the questioning line: "What shall we do now?"

Peter Jones sings Stay which could almost be an outtake from the final Genesis studio album Calling All Stations (although it is arguably better than anything that appeared on that album!). An accomplished and mature song, Jones is ideally suited to the tempo and style of the piece which, appropriately, would not be out of place on a Tiger Moth Tales album.

One of the strongest and most confident vocal performances is from Mark Spencer, who has certainly stamped his (excuse the pun) mark on Hearing The Call. As a singer, Spencer is mainly known for his work with Twelfth Night where his admirable performances were always somewhat restricted by singing classic material that audiences were intimately familiar with. Although he is just a guest on Hearing The Call there is definitely more of Mark's personality imbued within the grooves. 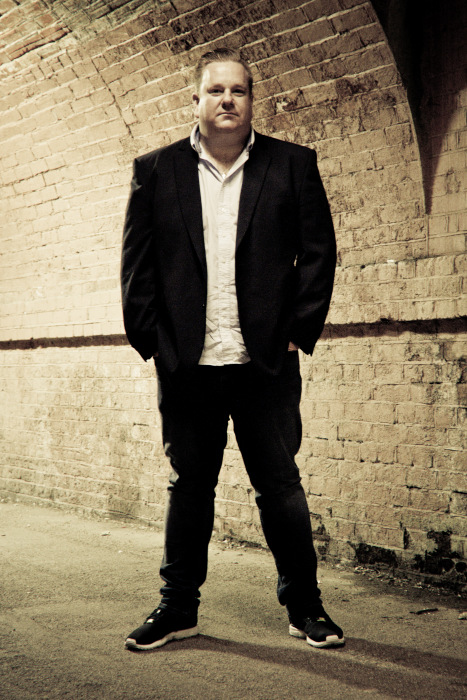 The song starts in a relatively simple manner instrumentally speaking, which gives a greater prominence to the vocals, although the addition of different keyboard lines and the odd tickle of acoustic guitar are certainly things to listen out for. A strong instrumental section (at three-minutes-long, calling it an instrumental break would be disingenuous) initially ups the volume and attack, before mellowing out with acoustic guitars and another fine lead guitar solo. There is actually a very Twelfth Night style to the whole song which has nothing to do with Spencer per se, but just in the way the song is arranged and set out. The final section is something that that band would have been happy to have come up with, and the song ends excellently with a ghostly choir fading into the distance.

Don't get too relaxed though, as the album's sole instrumental, Misguided Part 2, comes along and provides the proverbial kick up the pants. A continuation of a piece that first appeared on Abraham's 2014 album Distant Days, this second part is rather more nuanced. There is a mysterious synth section followed by some lovely classical guitar and electric solo developing the piece beyond the in-your-face riffing which opens and closes the track.

Marc Atkinson has one of those voices that just sinks into your consciousness, bringing with it a feeling of calm and peacefulness. It is not surprising that he is the chosen vocalist on the album's two most positive songs: Never Say Never and Rise Again.

On the first of these songs, Atkinson sounds remarkably like the excellent American singer-songwriter Cary Brothers; indeed the song could very well have come from one of Brothers' albums, although they are fairly obscure (but well worth seeking out if this song appeals!); Rise Again, a song of hope that is looking forward to better days, manages to include a keyboard line straight out of a sixties psychedelic pop single and make it sound contemporary. I love the repeating vocal line pushed way back and Mulligan's drumming, which is impressive throughout, seems to particularly shine.

The album closer and title track deals with the phenomena of two unlikely and rare events happening simultaneously and features the assured tones of Simon Godfrey. A minor quibble on this piece is that the superb solo guitar part seems to have been flown into the piece or have suffered a severe edit, as the transition from the vocals to the instrumental seems a bit clunky. As I say, it is only a minor point.

Overall, this is a marvellous album and kudos to Abraham for getting it together in a period of international strife when social interactions have been severely strained. The new Galahad album, when it appears, has certainly got a lot to contend with, as it will inevitably be compared against their guitarist's last two solo releases. But if the quality of the songwriting on display here is anything to go by, then the band effort could well be something special too.