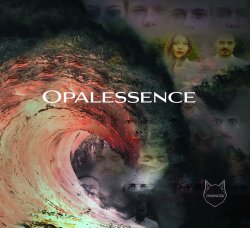 Childwood is an international band created in Rotterdam by composer Alex Vansalen. In addition to Alex's guitars and electronics, the sextet also features a violin, double bass, alto sax and drums, alongside singer Isabel Bermejo. This is far from a traditional band line-up, and with all players coming from different musical backgrounds, the end result is a complex mix of contemporary jazz, alternative and progressive rock. The playing and production is exemplary.

If that isn't different enough for you, then Opalessence is based around an intellectual concept whereby each of the six tracks traces a human's evolution through the six mental stages cyclically experienced during a lifetime. As the band explains: "From birth to death, literally or symbolically, human beings, consciously or unconsciously, go through several psychological steps that cause them to make certain decisions and choices, and so directly contributing to their self-development. Each composition represents a chapter in this cycle. The musical aspects insisting on the unstable and constantly-changing nature of that process."

"Unstable and constantly changing." Indeed, that is the key to experiencing the music on this debut album. Those who have a taste for the Rock in Opposition (Rio) sub-genre with a heavy flourish of challenging jazz influences, should be in for a treat. 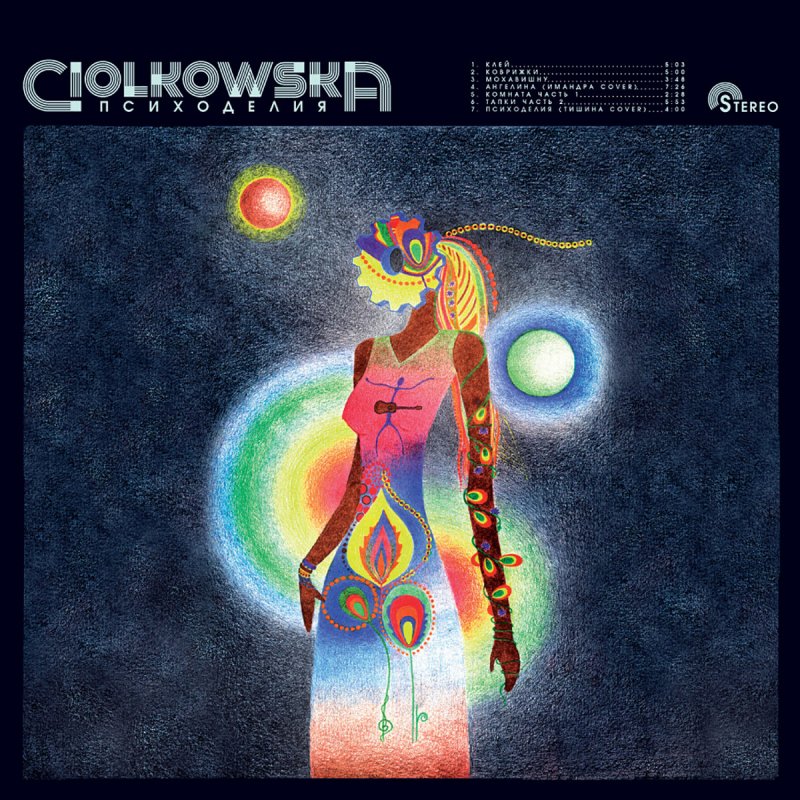 Saint Petersburg-based psyche-rock/post-rock quartet Ciolkowska (Циолковская in Cyrillic script) have an unusual instrument in their line-up. Besides the classic guitar (Egor Svysokihgor), bass (Alexandr Monah), and drums (David Aaronson), they have Alesya Izlesa on ukulele. No, no, please come back.

The thing is, if I hadn't seen it on the album credits I doubt I would have thought "oh, that's a ukulele". Alesya Izlesa runs the instrument through all sorts of pedals, treatments and effects, giving it a wide pallet, that sometimes is guitar-like, and at others it is synth-like.

Ciolkowska's new album Психоделия [Pychedelia] is sung entirely in Russian, but Egor Svysokihgor's vocals have a grittiness that adds another tint to their instrumental pallet. Though the seven songs are relatively short, they have plenty going on in them.

On Клей (Glue) layered guitar/ukulele has the feel of The Cure circa Disintegration. Then Ciolkowska soundtracks a visit to a psychedelic circus, overrun by disturbing clowns on Коврижки (Gingerbreads), featuring its own lead ukulele solo. Folk-psyche gets a look-in on Махавишну (Mohavishnu), as does first-album The Doors with organ and cymbal splashes on the cover of Imandra's Ангелина (Angelina), before it takes flight; the slightly longer form, suiting the band.

There's not a bad track on Ciolkowska's Психоделия (Psychedelia), it has a quiet inventiveness, playful in its mixing of psyche and post-rock, with clearly-defined song structures and lovely CD artwork. I would have liked lengthier explorations of the material though, and at 33 minutes you feel a little short-changed. Another couple of tracks and a freak-out at some point would raise this beyond something I am glad to have heard, into something bordering on the essential. 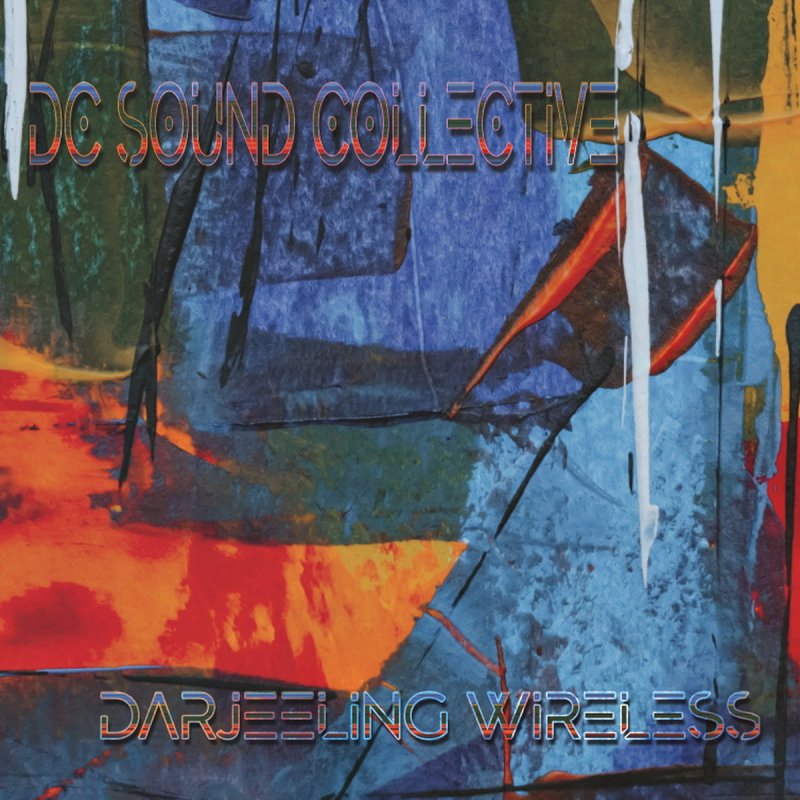 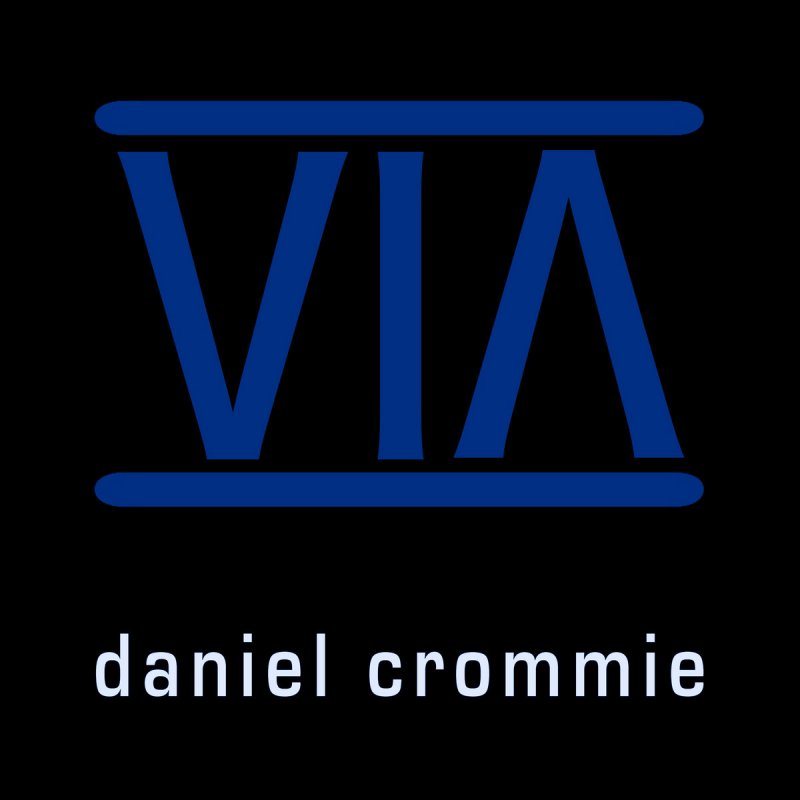 Daniel Crommie is a songwriter, producer and multi-instrumentalist from Portland, Oregon who has featured regularly in our review pages over the past six or so years. On top of over two dozen solo albums, spanning 25 years, he has featured with Group Du Jour, Echo System and Saturnalia Trio as well as the DC Sound Collective.

Most recently we covered his solo album Starseedhead and the DC Sound Collective's Following The Noise. Both articles give further info on his previous works.

On Darjeeling Wireless he is joined by regular DC collaborators Eldon Hardenbrook, Bruce Hazen, and Colin Henson, with Dave Thatcher adding bongos on one track. Both are instrumental albums, with the only vocals being on three of the DC tracks, and these are more of the spoken, heavily-treated or whispered variety.

The music can be loosely described as laid-back, ambient, and free-form. Crommie and his collective set out to explore the sound potential of their instruments, favouring the musical painting of colours and textures over melodies.

Of the two albums, Via is very much of the new age, ambient style with a mission to create slowly-evolving soundscapes where moods and rhythms gently undulate. Darjeeling Wireless features a wider range of instrumental textures, with guitar, flute and electronica taking turns to lead the way in and out of various jazz and avant-garde stylings. I'd recommend the former for those seeking a more tranquil musical experience, and the latter for those in need of a more experimental adventure. 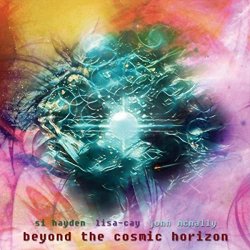 Having recently reviewed Si's last album, I thought I would have a listen to his new release. This time he is joined by Lisa-Cay on drums, synths, piano and acoustic guitar, and flautist John McNally. Si has released a phenomenal amount of CDs, none of which appear to be of the same genre. His repertoire is astounding.

He latest release, Beyond The Cosmic Horizon, is a step beyond my musical comfort zone. Here we have a cacophony of musical influences melded together. Categorised as an instrumental electro/progressive jazz studio recording, this certainly includes all of the above, and more.

The listener is barraged with an aural assault of gigantic musical proportions. The mix of jazz with electro beats is intriguing to begin with, but after a few tracks my senses were in overload, and I found myself having trouble processing the sonic excess.

I am sure there are many people who can appreciate what is on offer here, as the musicians responsible are of unquestionable high quality. It is just too extreme for my conservative musical taste. 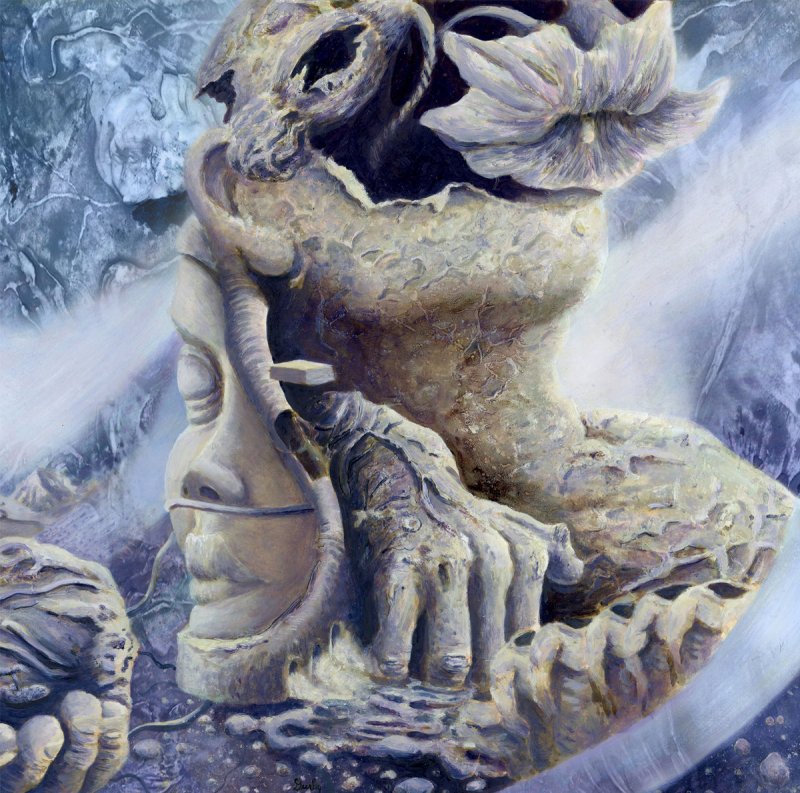 Four years after their debut release, Anthropology, this Chicago-based heavy prog jazz trio release their new EP, Cognitive. The EP delivers well-crafted, instrumental workouts which fluidly transition from heavy periods, which are at times reminiscent of Chris Poland's solo work, merged with funky jazz sections. The fact that the release contains only four tracks gives anyone new to this outfit the opportunity to discover what the band are about, without overawing the listener. Take this as a taster of what the band can deliver.

All three members are obviously very proficient musicians, but for me, bass player Keith Wakefield shines brightly on this release. Surprisingly it is during the quieter moments that the listener can appreciate his playing the most, where he is allowed to take the lead over guitarist Eric Oldman. His chordal play and soloing are extremely enjoyable.

All four compositions are well structured, and I can imagine that in a live environment Sons Of Ra would come into their own.

For anyone who has an interest in the heavier side of jazz, then I am sure this will satisfy your musical appetite.

We Here Now — The Chikipunk Years 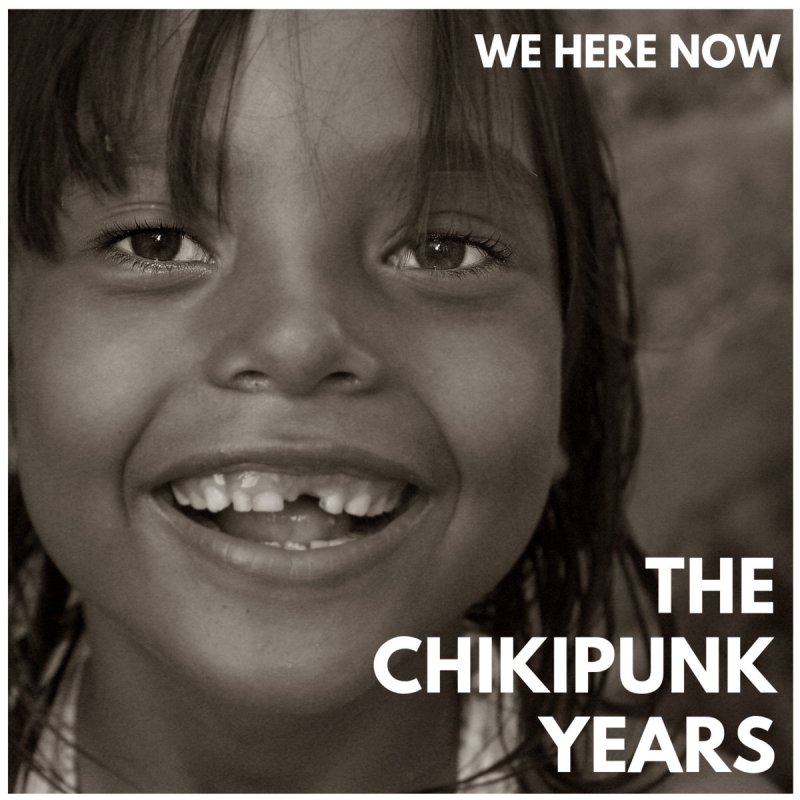 The Chikipunk Years is the debut album by the multi-national band We Here Now. It seems like the band released some kind of mini EP before, containing some songs of this album, but are now officially presenting this mini album, including those songs and a few more.

If you go to their Bandcamp page, run by Homemade Gifts Music Records, you can find the EP with only 4 songs but the CD comes with the full 7 songs. In their own words, the band conjures a raw but complex sound, mixing different forms of fuzzed-out indie rock, all infused with structures owing much to south American, African and Asian music.

I was expecting to hear more influences from those places of the world but it's not happening here. Maybe some Indian music touches here and there but overall this album sounds like a garage rock album with clear touches of 70s psychedelia.

Don't get me wrong, the album is good but it's not progressive rock that we have here. I do like the idea of mixing different cultures and sounds to build a progressive rock album, so let's hope We Here Now can produce something proggier in the future because I think they have a good punch and I'm sure they can develop their compositions further.