Pandamoanium are a relatively new band who have been achieving recognition in the south east of England, with their regular gigs and winning local music competitions.

With the release of their debut album, Paradigm Shift, Stefan Hennig catches up with bassist Alec Tappenden to find out a little bit more. 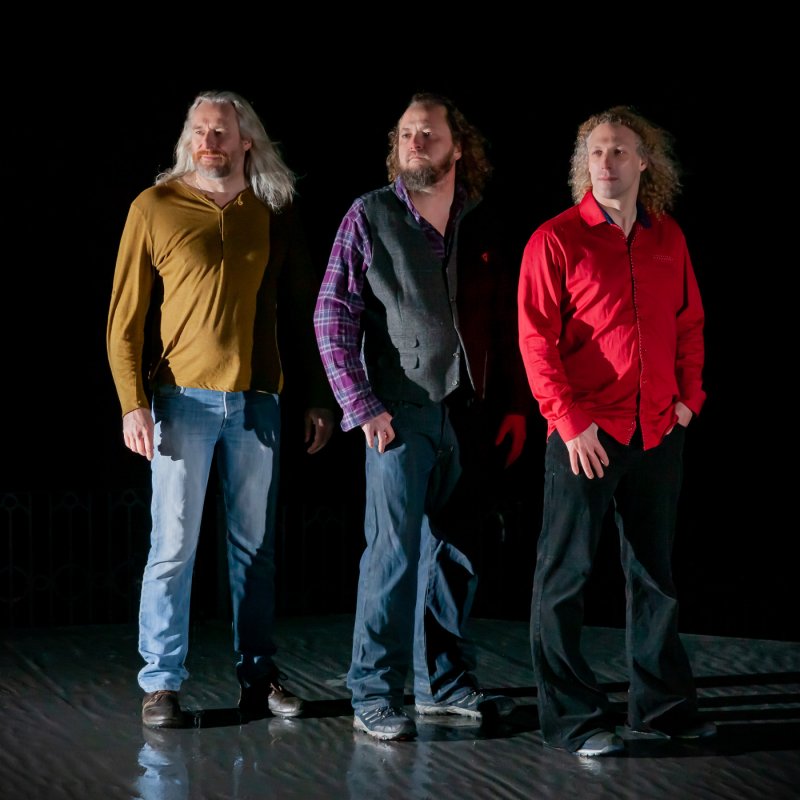 Can you provide the readers of the DPRP with the history of Pandamoanium.

Pandamoanium formed in 2016, but Paul and James knew each other for a few years beforehand. James had been wanting to start a more 'progressive' type of band for a while, but without having a specific blueprint. Along came Alec, and from the very first practice it clicked.

We didn't actually start-out thinking that we would be instrumental. But we found quite quickly that we really liked the dynamic with just the three of us. Also the sense that, being instrumental, we can do whatever we want. We don't have to concern ourselves with lyrics, verses, choruses etc. It gives us more artistic/musical freedom. Our first gig was in the heats of the Herne Bay Rocks later that year. We have always said that writing music is an essential part of the band, an equal, three-way band, hence the three equal lines on our logo.

Can you introduce the band members and your previous musical experience?

Paul Mitchell (guitar) has been in a couple of bands in the past, but compared to Alec and James, he is quite inexperienced in playing live, but started playing guitar when he was 17 and has not stopped since!

Alec Tappenden (bass) didn't pick up a bass until he was 18, and was a bedroom bassist until his first gig at the ripe old age of 27. But, within a short time, his 12th gig was headlining The Marquee club in London with (an all-girl??) jangly indie-goth band, The Witches. He played in several other originals and covers bands before Pandamoanium.

James Barber (drums and 12/6 string guitar) has played in numerous bands over the years, ranging from pub-based cover bands, to tribute bands and original bands of various styles. He has played a number of festivals with different bands and has always had a love of a more progressive type of music, so it's great that we are writing and performing music of that genre.

What are your musical influences, and what can a listener expect when they listen to Paradigm Shift?

We all have varied tastes and influences, but for Paul, he enjoys Led Zeppelin, Deep Purple and bands like Metallica and Black Sabbath. Alec is similar but more recent bands like Slipknot, System of A Down and Disturbed get him rocking too. As stated previously, James has always had a love of progressive music. Genesis is a big favourite, Rush, Dream Theater, Yes, Led Zeppelin, Opeth, Anathema. The list could go on.

In terms of what a listener can expect from Paradigm Shift, that's quite a tough one. We would like to think that it is a varied album and no two tracks sound the same but they all definitely sound like us. I would say that it has technical elements, but we tend to concentrate more on the riffs and melodies, than putting in a crazy time signature just for the hell of it. You can hear the heavier parts of our music but also we love to have melodies and harmonies, so the music is a journey.

Our music has been described as "unique" by several people and we don't think that is an easy thing to achieve these days.

The band have won awards at music competitions over the last two years, what exposure and benefits has this given to the band?

The awards have been a wonderful experience; more of a personal achievement for us as a unit. Winning the Visual Radio Arts viewer's poll was a huge surprise and getting to the final of Herne Bay Rocks last year was a major goal for us all. Having chased it for some years in different bands and as the only purely instrumental band in the whole competition, it was quite an achievement. It has been great to get some recognition. We are all very proud of what we have achieved thus far, but this is only the beginning. 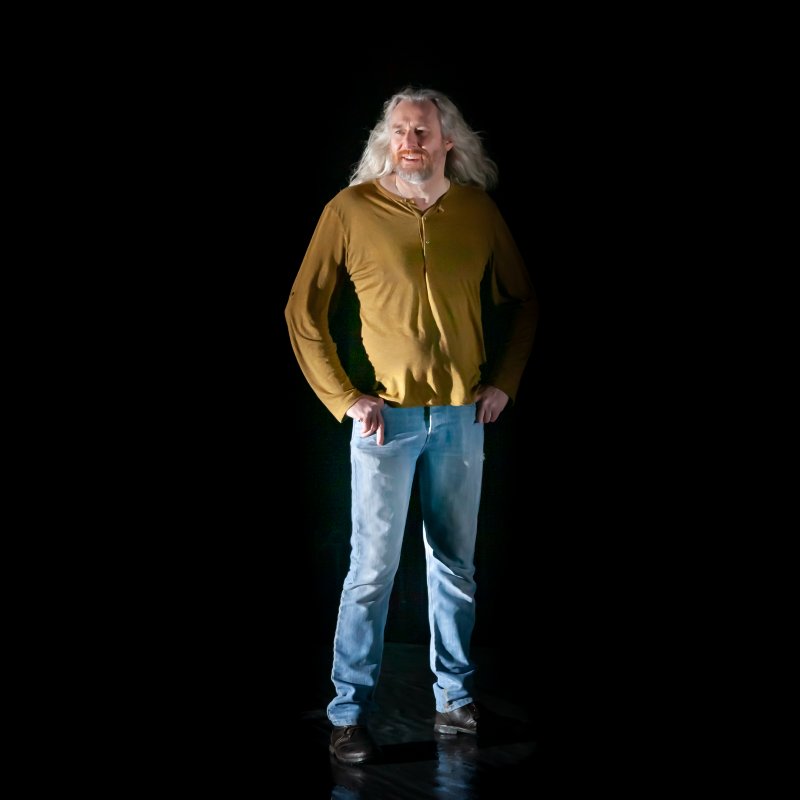 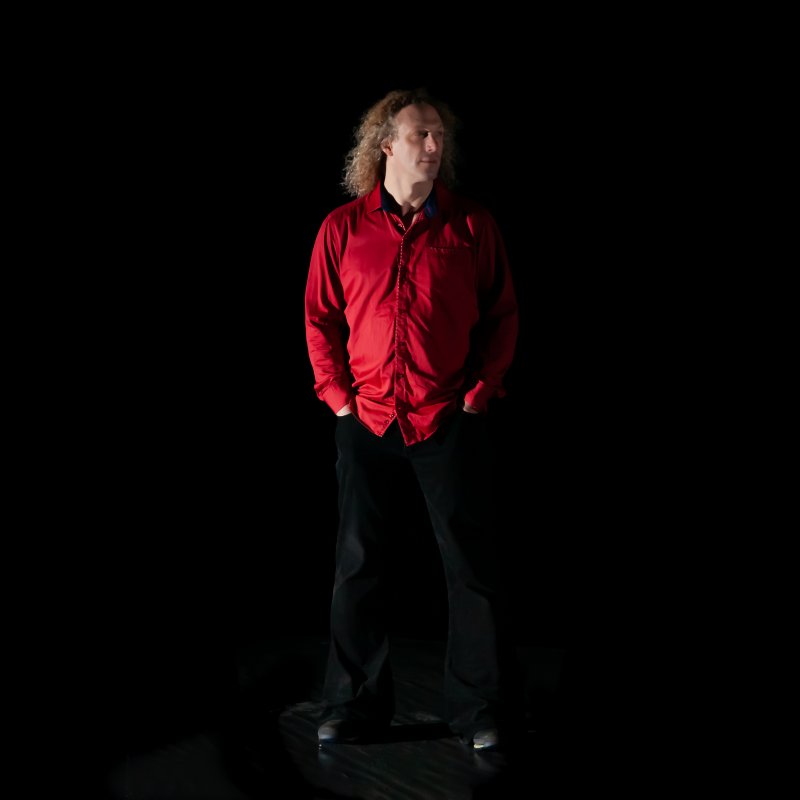 I believe you are also the proud father of a son who is doing very well in the music industry.

He is doing very well! He's just about to complete his music degree and his band Gaia won their area's Metal To The Masses competition and were rewarded with an appearance on the New Blood stage at last year's Bloodstock Festival.

With the release of Paradigm Shift and Pandamoanium appearing to be very much a live band, what plans are there for touring to promote the album?

We want to promote and expose our music to as many people as we can and so are looking at festivals, as they are a great way to reach a larger audience. We are happy with the album but we are very much a live band and the live sound is much more energetic and raw. Tours and support slots are definitely something that we are looking into.

Is Panda the fourth band member, and does he have a name?

We do have a very large panda mascot called Pete! If the stage (and the car) is big enough, he does come along.

What are the long term plans for Pandmoanium?

To keep working very hard, practising regularly and to write more and more tunes. We are hungry for exposure and chances to play and share our music with everyone. We're planning the second album too and it would be great if we could do this full time. We'd love to get signed and build up more of a following in Europe. Watch this space... 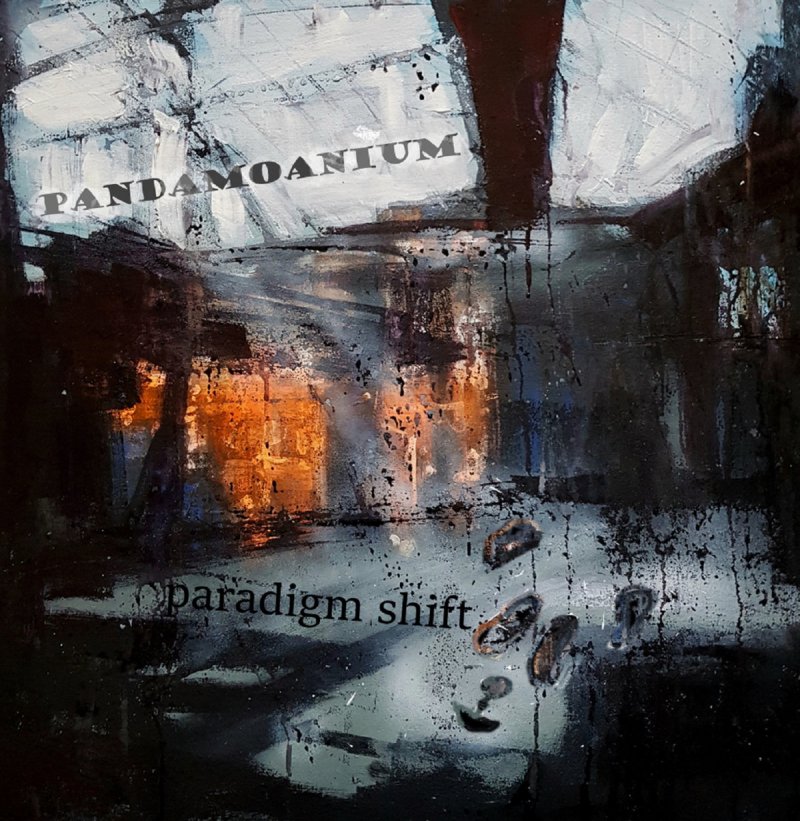 You read a lot about how difficult it is for bands to find suitable gigs at present. Well, Pandamoanium certainly seem to be the exception. Since first noticing them late last year, the band appears to have at least one gig every week, whether performing alone, along with other bands from their local area in the south east of England, playing at small festivals, or supporting charity fund-raising events, these three guys never seem to rest or be short of an opportunity to play live, and entertain their lucky audiences.

It is in the live environment, over recent times, that this three-piece instrumental band comprising of James (drums and guitar), Alec (bass), and Paul (guitar), have honed their craft into a tight, entertaining musical experience.

It is only natural then that their first release, Paradigm Shift, is recorded totally live, providing the listener with a true representation of what Pandamoanium can deliver. The formula of their songs is reminiscent of Rush at times, with the rhythm section of Alec and James laying down a solid, but far from simple, foundation for which the guitar is able to provide experimental soundscapes over the top.

The band themselves describe their music as: “organic and inventive: each player brings something new into the mix and the other two take that idea, turn it over, add to it, mould it, shape it, evolve it into something brilliant.” This can, at times, produce a dark sound reminiscent of early Black Sabbath, in fact Pulsate could have been included on Sabbath's debut album without seeming out of place.

The effects used on the guitar sound, at times, add a spacey feel to the songs, and with the bass sound to the front of the mix, this at times reminds me of Lemmy-period Hawkwind.

Pandamoanium can then produce an all-out-rocker of a track like Jimmy which I can imagine will get the audience moving when played live. The overall sound is experimental, but with its foundations definitely planted in the rock camp.

Due to the album being recorded entirely live, the sound is very raw, in comparison to many recent releases which use the readily available home recording technology now available. So it is a pleasant change to hear a recording so raw, and full of vitality, energy and passion. With the band's desire to play live, and the quality of material they are producing, I hope they get the recognition they deserve and we begin to see their name included on the artist lists of some of the prominent prog and rock festivals around the country.