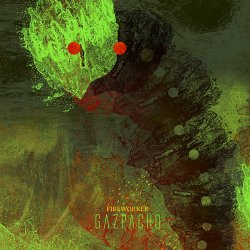 From the very beginning of Fireworker, the magical substance that possesses you is the presence of vocalist Jan-Henrik Ohme with his now familiar, silky soft vibrato. Tonally reminiscent in places of Rufus Wainwright, his voice is beautifully delicate and capable of making angels weep, creating an instant connection with the listener. With a level of complexity ahead, that fans of Gazpacho are used to, this vital aspect is the instantaneous hook needed.

The opening statement is monumental and comes in the form of Space Cowboy, which ebbs and flows with spectacular effect over its 20-minute runtime. Its gentle passages are punctuated by the epic grandeur of a full-blown choir. Harking a little towards the likes of Atom Heart Mother, there is a cinematic drama which ties perfectly into the feel of the overall piece.

The contrasts throughout are stark. Sometimes calming like a lullaby, and on other occasions restless, moving from a sparse piano, to a pounding power chord intensity. It's all crafted together with the Gazpacho-like skill that has become their unique style over the past two decades.

Thematically artistic, with an over-arching concept concerning an internal life-force, the 'Space Cowboy' or 'Fireworker' has passed eternally through the generations, evolving and guiding us from within. Typically ambiguous in design, the aspects of spiritual conflict feel almost Buddhist in nature. This in particular reflects in the closing segment of the album. 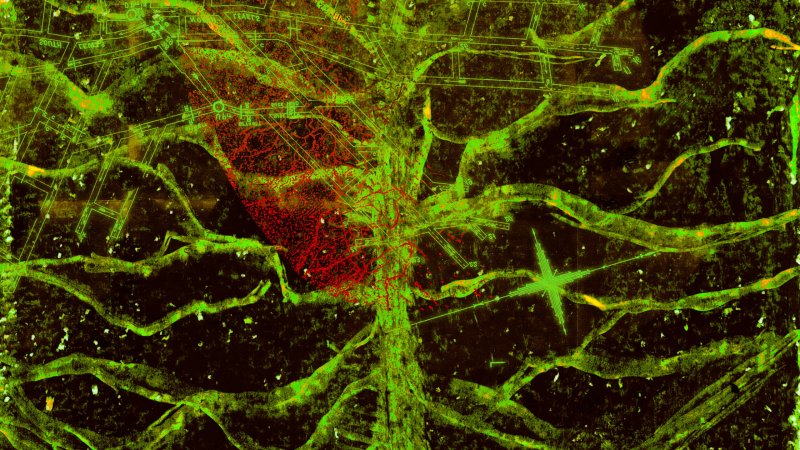 The darker, edgier moments are offset by the softness of Hourglass. It glides romantically with a geisha-like grace, courtesy of a sublime, east-asian-flavoured violin from Michael Kromer Sad. Dreamy and beautiful, you can practically feel the cherry blossom falling around you. It's clear that every note is meticulous and studied, yet supplemented with passion and soul.

The title track, Fireworker rhythmically pulses with an initially up-beat, infectious world music groove, cleverly-layered with classical string arrangements, which all wash into a fiery guitar heaviness from Jon-Are Vibo. It's texturally diverse and succeeds in blending everything together in a glorious cacophony, expertly highlighting the impressive scope to be found on this release.

Sapien is the album's bookend piece which brings a structural close to the concept. Like the third act, this is a confrontation between the protagonist and the Space Cowboy, questioning the purpose of the body in which it inhabits; one that ostensibly is reduced to the role of a simple vessel, nicknamed 'Sapien'. Seemingly in answer to this, the onward, steady pace that flows though the piece emphasises a never-ending conclusion. There is a new-found awareness of the symbiotic relationship which is mutually beneficial and that will continue through time. The atmospherics provide a perfect accompaniment to this soul-searching perspective on life.

The secret to delving into Fireworker, as with their previous albums is to avoid any rash assessments, as the music warrants significant one-on-one time. That said, the investment leaves a lasting impression that is, without question, well worth it. Expect to be smitten. This is beautiful music to challenge the heart and the mind.

I like Gazpacho. But it is never an easy relationship, and this is not an easy album to fall in love with. I certainly don't love it. I think we shall stay friends though.

For 17 years these Norwegian art-rockers have been very consistent in producing a steady stream of quality albums. Fireworker is Gazpacho's 11th studio effort.

For me, they have also been very consistent in the frustrations offered by those albums.

They are one of those bands whose music works on two levels. They can write songs such Winter Is Never, Vera or River that are immediate favourites, seeping deep into my musical sub-conscious and offering many years of unrelenting pleasure.

At the same time, they can write music that demands a more thoughtful discovery. Some such efforts can be worthwhile, whilst others lead to frustration.

I expressed that view two years ago, in reviewing their previous album Soyuz, and that is very much my conclusion with Fireworker.

The band has benefited from a constant steam of Duo and Round Table Reviews on DPRP and have consistently (that word again) split opinions, with some reviewers running out of accoladic-adjectives, whilst others reach for the 'pause' button. Fireworker will again split opinions.

Here the title track exemplifies their style of song-writing where the music is instantly likeable but with compositional-depth that means it will offer many years of enjoyment. It joins the aforementioned Winter Is Never, Vera or River on my Best of Gazpacho playlist.

The ambitious opener is from their other song-book. A long-form suite, it launches the album concept with a multi-sequence composition that rotates for nearly 20 minutes through stunning piano/voice sections, to cinematically-gothic choir-scapes and much in-between. It is one of those tracks that just has to be absorbed with a dedicated listen through speakers able to reveal and 'wow' with its many small details and subtle textures. The production mix and balance is stunning throughout. The same can be said of Jan Henrik Ohme's vocal performance, which again is exquisite when heard through decent speakers. He remains one of the most emotive singers I have ever heard. 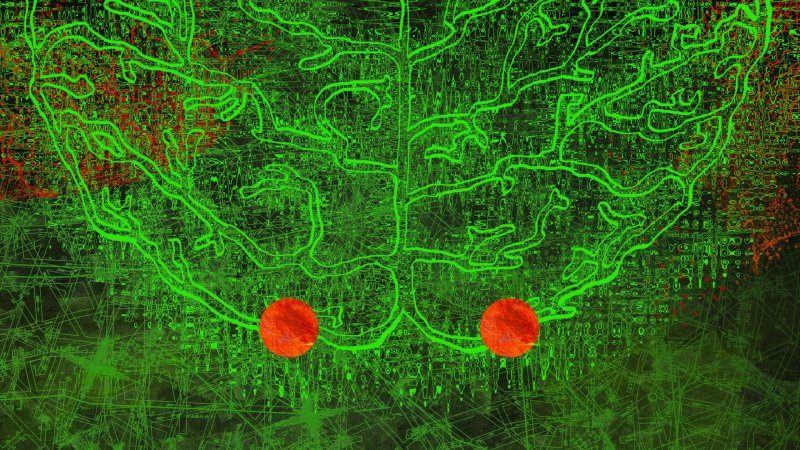 Hourglass is a nice piano ballad, that by repeating the choir motif from the preceding suite, appears more like a coda than a standalone track. The ambitious closer Sapien and the shorter Antique suffer from having too many motifs and tropes from the Gazpacho back-catalogue, to become memorable pieces in their own right. None of these are unpleasant, they simply do not strike me in the same way as the opener and the title track.

Thematically the album again explores grand philosophical quandaries. Keyboardist Thomas Andersen elucidates: “There's an instinctual part of you that lives inside your mind, separate from your consciousness. I call it the Fireworker or the Lizard or the Space Cowboy. It's an eternal and unbroken life force that's survived every generation, with a new version in each of us. It's evolved alongside our consciousness, and it can override us and control all of our actions.” The cover aims to depict “the billions of neurons that create the cave of the mind”.

It's not a subject matter that I connect with or relate to in any way. If it does for you, then it will add an extra layer to the experience.

I still like Gazpacho. However I must conclude that they will be one of those bands where I tend to like certain tracks, as opposed to albums as a whole. The one album of theirs that I can enjoy from start to finish is Missa Atropos. However my favourites remain the live albums where songs are played outside of their album concepts. Thus I shall probably add the tracks Fireworker and Space Cowboy to the sets of Night Of The Demon and London and have the perfect Gazpacho collection.

Footnote: Sadly, due to the current Covid-19 situation the band's European and UK dates scheduled for October 2020 have been postponed to October 2021, but as the band didn't want to disappoint their fans Gazpacho are planning to play Fireworker in its entirety via a livestream, alongside a Q&A about the concept, plus will play a few favourites from their repertoire. Details of the streaming event and the rescheduled tour will follow soon. 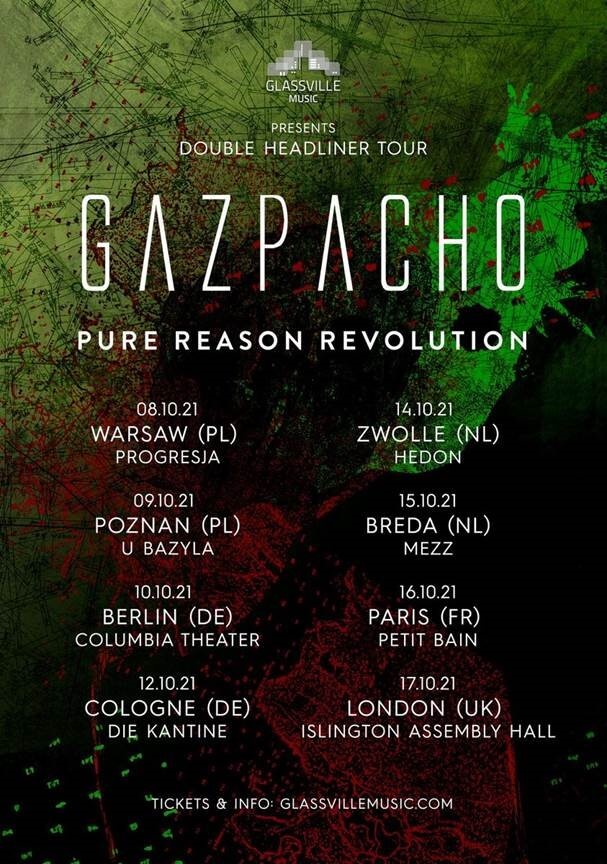