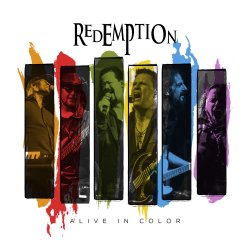 Redemption are a band who've had their fair share of unfortunate luck over the years. Serious health problems involving band members have threatened to put an end to one of progressive metal's most thrilling acts, but thankfully it was not to be. Redemption have soldiered on through thick and thin, and in doing so have evolved into one of the world's most well respected metal bands, as well as one of the tightest live acts touring today.

Alive In Color is the band's third live release and was recorded at the prestigious ProgPower USA festival, in Atlanta in the fall of 2018. The band's core line-up consists of Nick Van Dyke on guitars and vocals, with Nick also being the band's main composer and lyricist, Sean Andrews on bass, Vikram Shankar on keyboards, the phenomenal Chris Quirate on drums, and Evergrey vocalist, Tom S. Englund, tackling lead vocals, after he replaced long time vocalist Rick Alder in 2017. The band are joined for the full set by guitarist Simone Mularoni, of Italian progressive metal band DGM. Mulironi featured heavily on the band's last studio album, Long Nights Journey Into Day, and is widely regarded as one of the top virtuoso guitarists active today.

Anyone familiar with Redemption will know exactly what they're in for going into this live release. The band play a honed collection of extremely heavy, tight, prog metal with a heavy emphasis on guitar solos, emotional vocals and a razor-sharp rhythm section. They certainly don't disappoint.

Opening with the ferocious Noonday Devil, the band are clearly on fire. Not only do they appear confident and well-rehearsed, they really look like they are all thoroughly enjoying themselves right out of the gate. Tom S. Englund, a large and dominating stage presence, keeps the crowd involved as he looms around the center of the stage. For a band who really don't tour that much, Redemption have very rarely played overseas, they are a phenomenally well-oiled machine, and the entire performance is incredible from start to finish. 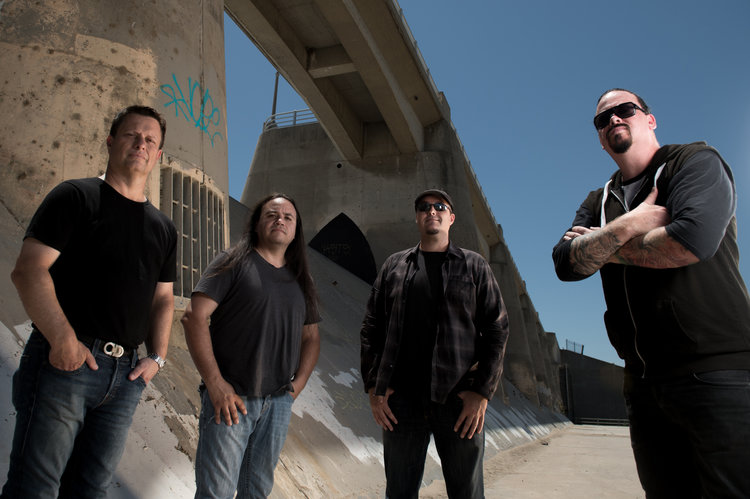 There are many highlights from the setlist. The Suffocating Silence, from the band's 2007 release The Origins Of Ruin, sounds even snarlier and grittier live than it did on record. Chris Quirate's drumming is relentless, as he pulverises his way through the song. The slightly more laid back Damaged, is a great song to hear early on in the set with its beautiful chorus and lush keys. Long Nights Journey Into Day, the title track from the band's last studio album, is also a great addition to the live set. It's an ever-changing epic with many unexpected twists and turns. A real high point was when former vocalist Ray Alder joins the band for a performance of one of their most popular tracks, Threads. Ray is clearly overjoyed to be playing with his old friends and makes it clear there is no bad blood between them, and that, "sometimes life just gets in the way, ya know?"

There are a couple of omissions from the setlist that kind of surprised me, mainly the absence of The Death of Faith and Reason. This is made even more puzzling when the band choose to play Threads, a second time, this time with Tom handling vocals. Still, this is only a slight complaint, as the band more than makes up for this with the inclusion of two of their best songs from more recent albums, Black and White World and Induldge in Color. Both of these are beautifully epic and take the listener on a journey of gorgeous piano, duelling guitars and epic vocal melodies, the latter also featuring original Megadeth guitarist, Chris Poland, who blows the crowd away with his incredible guitar soloing. This is followed by a rather unexpected, but very fitting cover of Megadeth's classic, Peace Sells (But Who's Buying), much to the delight of the cheering crowd.

As a fan, this has everything I could want in a live release. The show itself is well-filmed, the lighting is not over the top, but provides a nice atmosphere. The crowd and the band are clearly into the show from start to finish, the sound is fantastic, everything is clear and polished, while still sounding very much like a live performance. Even the album artwork, by the legendary Travis Smith, is a perfect companion to the package.

Redemption are clearly on top of their game. If you're a fan, then this is a must-buy. It's also not a bad place to start as an introduction to the band. I'm really looking forward to see what these guys come up with next. This is a great all round live package, this review is based on the DVD, but the double CD is just the exact audio from the DVD, so get whichever you prefer.