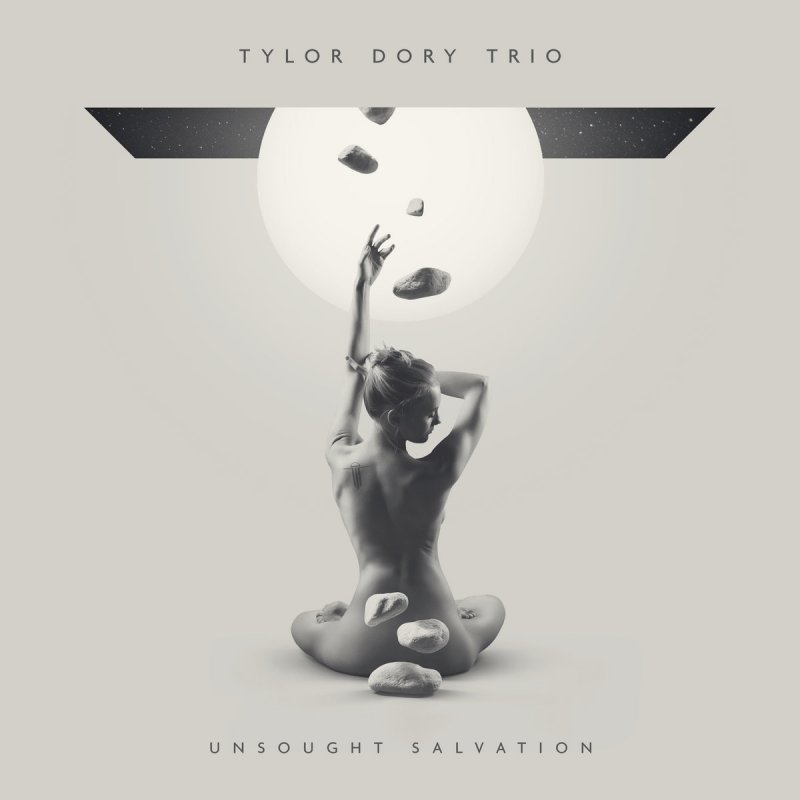 Simply put, this is the best evidence that it makes no sense to assemble best of the year or decade lists before said time span is really over. We've been experiencing a truly epic decade for progressive music. One of the best in music history, one in which many many genius artists have enriched our musical horizon, in which many worn out sub-genres have been given new directions and new life and new styles and sub-genres have been created.

And then, at the very end of the decade, comes this Canadian trio, just before Christmas, to round up the whole musical journey with the perfect album!

Don't be mislead by its esoteric artwork, because what's behind this naked woman that seems to advertise a new medical device is a firework of composing and performance skills that hardly sees anything similar!

Unsought Salvation is a set of compact rock songs, as eclectic as it can ever get. From melodic happy to melancholic, to industrial, heavy outbursts and yet, over the border to metal and back, there is no aspect left out and it comes in twists and turns that are unbelievable.

It begins rather harmless and lets you dive into wonderful melodies that sound as if it were absolutely natural to create them. But as the songs take their turns, which become more and more adventurous, it's getting very stunning how so different parts of a song can fit together so seamlessly, and what unexpected turns a song can make without ever even producing a "break“. But there's no thinking about that, because these epic melodies take you through the most versatile musical landscapes at an incredible pace in which you only have the chance to drop your jaw over and over again.

In fact, it takes a while to learn what depth in music theory has been put in these compositions, what unbelievable harmonic theory and chord progression beyond thinkable. But without such an incredible palette, it would be impossible to put all the styles together at all in such a compact way. Let alone the rhythmic puzzle that the vast majority of musicians might even not be able to play at all, it might take a lifetime of study for the normal human.

It's not just the single songs, but the album in its entirety that leads from one thing to another and another, never having anything happen twice, a sheer endless stream of new ideas from the first note to the last. Even the inevitable epic last track of 13 minutes duration makes no difference. A few moments give the listener room to breath, but there is not one 10th of a second that could annoy you, or provide a rest as the album progresses, and once you've pressed the play button, you will be unable to hit stop or pause!

"Canadian rock trio“ is already an iconic term, and these crafty men here are a new beacon to it and deserve greater attention than they actually have!

However, despite the impressive list of classic keyboards, the primary instruments are the ones that come with strings, particularly those with an excess of them (the Warr and Chapman instruments). Skilfully blending adventurous yet non-excessive progressive rock with hints of post rock and merging them in an almost orchestral landscape Incantation is a work of utter completeness.

The arrangements are quite subtle with almost hidden layers adding depth to each composition. To do the work justice one really needs to hear the album through headphones away from any distractions. For the first time since their eponymous debut release back in 2011, the band have used a vocalist, Elaine Di Falco, to add another dimension. On the two parts of the title track Di Falco and the somewhat minimalist Myth And Ritual, a homage to Scott Walker that references the stark and and sometimes brutal style of his most recent albums, the vocals are used as an integral part of the musical structure and you'd be hard pushed to work out the lyric on Incantation. In other words, don't expect love songs with rousing choruses.

The diversity in compositions and styles makes it difficult to pick out highlights as each piece has its own considerable merits. Having said that, I am drawn to Pavement Grey where the piano breaks through and presents an element of clarity and almost tranquillity that contrasts with the layered guitar work.

Personally, I think the album would have been better sequenced to end with Incantation Two as the percussive heavy Torture Garden seems an anomalous conclusion with its more avant style, but perhaps it is a foretaste of what's to come next? Either way it is a minor quibble as Herd Of Instinct have succeeded in creating another album that although unlikely to reach the masses (even in prog terms) is adventurous, novel, original and a downright good listening experience. 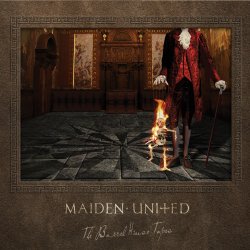 Maiden United is a shining example of what can be achieved by music fans with passion and determination based around the music they love. Project mastermind, Joey Bruers, has taken a one off fan club concert, to now having released their fourth full-length CD. Along the way the project has brought in music royalty such as Damian Wilson, Ruud Jolie, and Anneke van Giersbergen on the first two releases and tours. As the bands momentum increased by including former Iron Maiden members Paul Di'Anno, Blaze Bailey, and drummer Thunderstick. Steve Harris has given the band his personal seal of approval and one highlighted by their appearances at the Waken and Download festivals.

Joey Bruers' passion for the project has driven the band to the release of The Barrel House Tapes, which again takes both classic and lesser known Iron Maiden tracks, and re-imagines them. This time bringing feel of seedy smoke filled bars, where the listener can almost smell the stench of stale alcohol as soon as you insert the CD into your player.

This time help in producing the latest disc has been provided by ex Maiden guitarist Dennis Stratton, and former Rainbow and Michael Schenker Group vocalist, Doogie White. Over the ten tracks with vocals, there are five different singers used. This creates an eclectic mix, especially on the final track, Caught Somewhere In Time, where three different voices are employed. For me this takes away what was good about the first two Maiden United releases. (I may be a bit biased, as Damian Wilson is one of my favourite singers.) None of the vocalists used match what Damian bought to the first releases. This makes the album feel totally disjointed. Some of the arrangements are just weird, and do not add anything to the originals. The choice of two lesser known tracks, Monsignor and Back In The Village, had me checking out the originals, as they were so unrecognisable. I remember Back In The Village very well from the Powerslave album, and this version is so different I had to make sure it was based upon the song I remembered.

While it may be the aim of Maiden United, to reinterpret the originals, the first two albums did this in a way which was sympathetic to the source material, The Barrel House Tapes takes the songs in a direction that is, at times, uncomfortable listening. On occasion the songs sound more like Morrissey than Iron Maiden, and I'm sure, for most Maiden fans, this is not what they would want to listen too. Even as a curiosity I would find it difficult to imagine a time when I would decide to play this again, which is not the case with Maiden United's first two albums which I own. 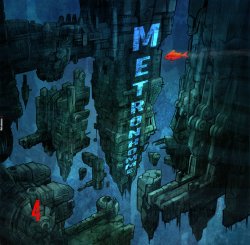 The instrumental group Metronhomme first caught my attention because of their name. The witty combination of metronome, a device that produces audible clicks that musicians use to practice, with "homme", French for man or mankind, gave me a chuckle, and that seemed like as good a reason as any to explore the music of this quartet from Macerata, Italy.

Metronhomme's fourth release, simply named 4, was recorded after the band took an extended break from live performance to explore new musical ideas in the quiet intensity of a rehearsal room. I'm unfamiliar with the band's previous recordings, but I was impressed by the compositional focus on this recording. By "compositional", I specifically mean the stretching of normal rhythmic, melodic, and harmonic elements beyond their typical usage, often pairing contrasting or evolving elements against other elements, creating interesting and non-obvious results. I have no doubt that these pieces were crafted over many months of effort.

4 is challenging but rewarding from start to finish, and I found myself leaning in to hear details. The tracks are sparse and complex, reminding me at times of Bach, where the instrumentation is simple, allowing tiny changes in harmony and rhythm to be heard. Elements of jazz, prog rock, and classical music are evident throughout the album, so if I had to describe it in one word, I guess I'd go with "fusion".

Guitarist Marco Poloni's playing ranges from the percussive hand-muting of Robert Fripp, to passages where he uses a volume knob or volume pedal like Steve Hackett to float in and out of melodies, with an occasional chordal splash of texture. His primary melodic foil is Tommaso Lambertucci's keyboard: often a light jazzy piano, but also romantic Rachmaninoff-like classical flourishes or the gritty overtones of a distorted organ.

The rhythm section of Andrea Lazzaro Ghezzi on drums and Mirco Galli on bass is jazzy and understated, but succeeds in making the mathematical rhythms of the songs feel musical. Ghezzi's drumming is most prominent on Ortega, with a fun 6-second fill that might just be the shortest drum solo ever. Galli's bass participates frequently as an equal melodic element along with the keyboard and guitar, and most tracks are well-balanced between all four musicians. Manuele Marani guests on the acoustic (upright) string bass on Chiuso Per Gatti, one of many highlights on this album.

Metronhomme's 4 is an instrumental album for people who enjoy well-crafted music without the distraction of lyrics or indulgent exhibitions of playing skill. The combination of restrained playing, compositional effort, and complexity makes it, for me, a great accompaniment for sitting by the fire, simmering a slow-cooked meal, or even playing chess. If you rarely think of purchasing instrumental music, you should listen to some song samples and consider making an exception for 4. 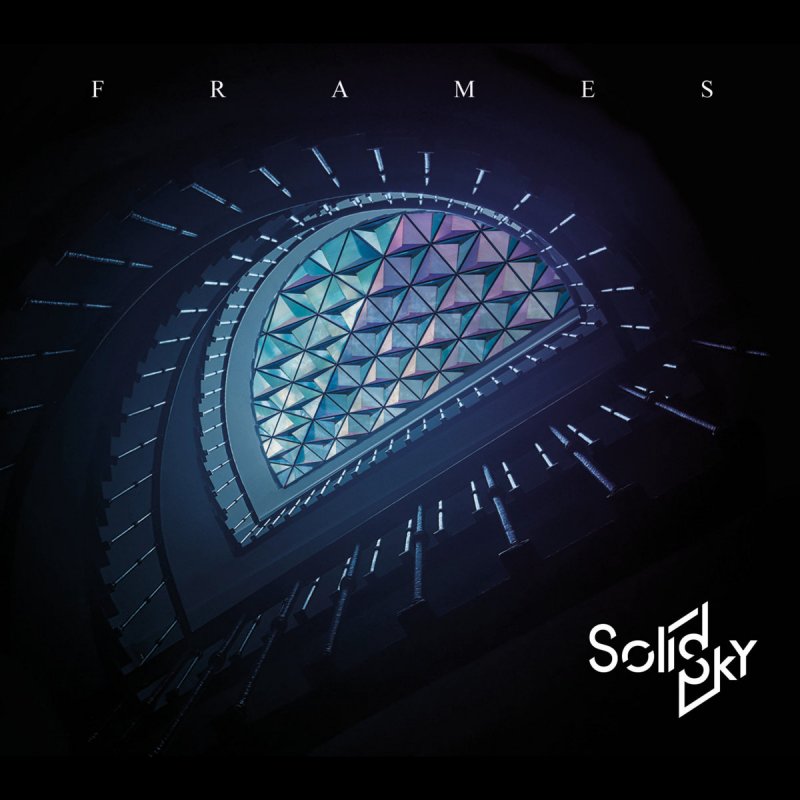 Hailing out of Vienna, Solid Sky are a new star in the Austrian prog scene, which happens to be so awfully thin. Influenced by the actual international prog rock and metal scene, these four young men decided to make a change and shed some light on the progressive capabilities of their country of mainly folk music.

With the release of their first EP, containing five songs of modern progressive rock with a tendency to metal they've set an ambitious foundation. The songs are composed of fine advanced harmonies and chord progressions and are set in a dreamy, melancholic, yet sometimes dark ambience. With fine melodic, but yet unagitated vocals, their music ranges from Haken influences to Caligula's Horse, Umpfel and The Contortionist, while the latter describes the overall band sound best.

Rather than showing off, the four focus on writing great songs instead of showing unnecessary instrumental skills and keep the song at rational duration rather than forcing them into prog epics, like so many do today. This is why their music is so wonderful to listen to, it remains quite natural with their wonderful melodies over an advanced harmonic base and clever instrumental arrangements.

It's just an EP, but a pretty good one, and judging by it, I believe that this young band has a lot more of great musical treats in store. It's gonna be interesting to see, what they'll have on offer next!