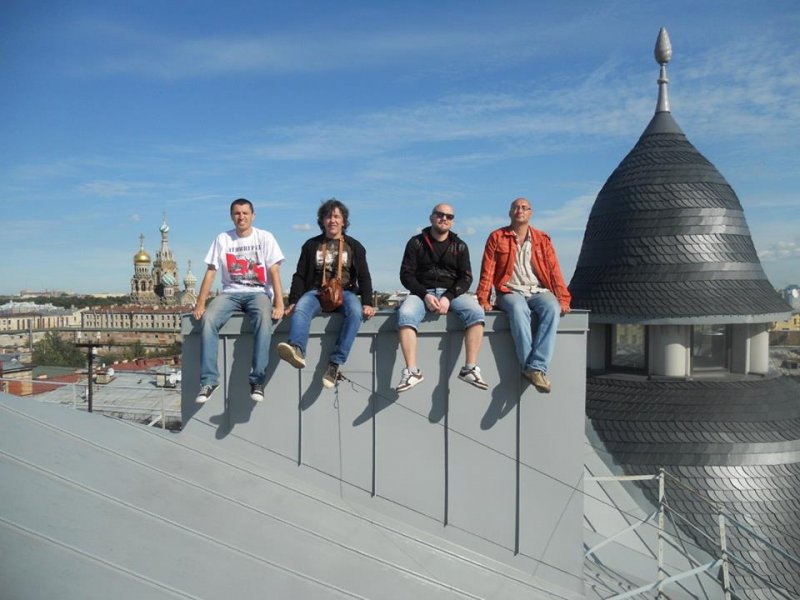 Disen Gage was formed in 1999 by Yuri Alaverdyan and Konstantin Mochalov on guitars, Nikolay Syrtsev on bass guitar and Eugeniy Kudryashov on drums.

Despite having gained a certain degree of popularity in local student circles, the band members decided to stop their musical activities, as they were too busy pursuing their academic careers in the Moscow Institute of Bio-Organic Chemistry.

Then between 2004 and 2008, three albums appeared under the Disen Gage banner, all released on the Russian RAIG label. All three have been positively reviewed by the DPRP's Mark Hughes.

The first, The Screw Loose Entertainment, was intended to be a "farewell" album before the band decided not to split. With a limited edition of 1000 copies, it was leaning heavily towards King Crimson-esque guitar-led instrumentals.

Three years later and Libertâge took their sound into a more improvisational and avant direction, before 2008's ...The Reverse May Be True saw a U-turn to a more structured Crimson style.

After that Disen Gage, disengaged! At least for eight years. Now they have re-engaged with an impressive four albums in four years, released via the No Name label. All seven albums are also now available via the Bandcamp sites of both the band and the label. Three of these newer releases are in CD format and one is a digital only-release. There is also an impressive hour-long live video available on YouTube.

Introductions over; let us get down to seeing what these four new albums have to offer. 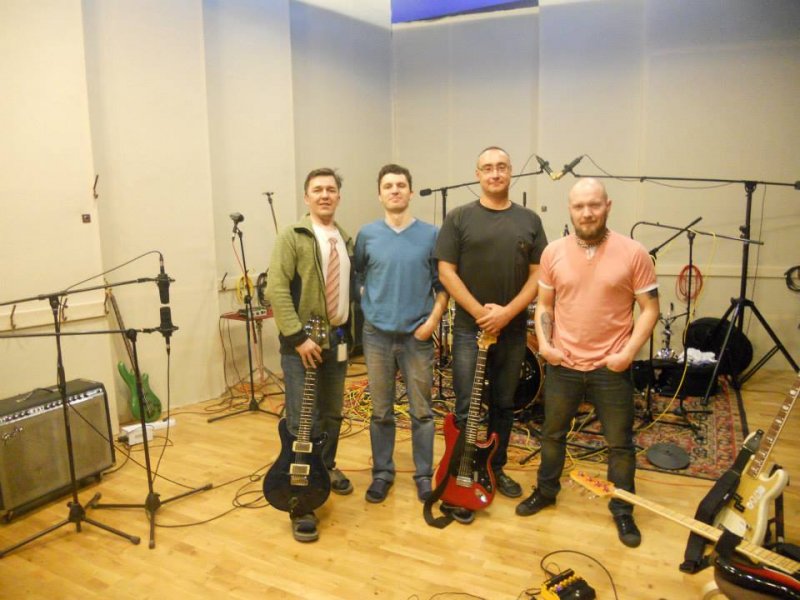 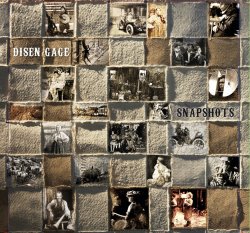 There is an element of truth in the image cast by the band's own description of this album as like "casting an accidental glance at a pile of randomly scattered photos"; a series of musical snapshots if you like. Each track is very different but there is a cohesiveness that holds this album together, making it far and away the most enjoyable of the Disen Gage releases.

Me begins as a progified soundtrack to Doctor Zhivago, before its lullaby flavour becomes distorted by a more uptempo guitar. Them is constantly evolving, becoming somewhat of a buy-one-get-42-songs-free type of composition. As with all the songs here, it is saved by having some memorable melodies and a central theme that returns throughout. The ska-jazz section, a third of the way through, is particularly enjoyable. The live version of Them in the video below offers a good taste of this album.

Chums brings a clear Russian vibe to the RIO style, with some fabulous guitar playing leading the way; as it does on the more jazz-influenced experimentation of Memories, before a busy bass and shuddering electronica take the lead. Foolery is both an anxious tango for the whimsically deranged and the sountrack to the next Tarantino western.

The tracks Equilibrium and Trip were combined into Equilibrium Trip and actually released as the band's first and only-to-date single (a double A-side in old parlance). The first A-side is the most conventional song the band has ever written, being a trippy meld of Vangelis, Gong and Mike Oldfield. The sax and vocalisations in the second half give it that distinct Disen Gage touch. Trip evolves steadily around a study of Krautrock, held together by a throbbing bassline. Hangover brings Snapshots to a somewhat brief and out-of-focus ending.

For those seeking an instrumental album that really pushes the boundaries, then this should be well worth a listen. 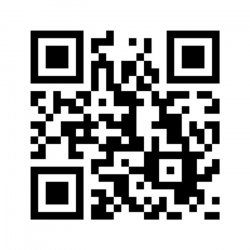 Depending on your point of perspective, this is where things either start to get weird, or begin to become artistically and/or scientifically fascinating.

In the band's own words Hybrid State is "the soundtrack to a self-titled documentary where we present a situation in which scientists make music in the course of an experimental procedure. We are sure that it requires from the participants a specific hybrid state of mind, and the result is hybridisation of the two rather wide-apart aesthetics: art and science."

It is really an experiment. The artistic results are presented in the digital-only album and the musical documentary (see the video). The scientific results can be found online (links also in the video). But unless you have some knowledge of confocal microspectroscopy and 3D scanning probe nanotomography, then it will be of very limited comprehension.

Both processes took place simultaneously in the laboratory. Definitely the first ever "Live In The Lab" album I have ever heard.

Although split into "tracks", they form one contiguous piece of sound. For the most-part it consists of a background of gently distorted guitar with plucked guitar offering more precise textures. In the latter stages the guitar is replaced by what looks like a Jews harp (mouth harp).

Overall Hybrid State plays as a soundtrack to a drone-led tour of a dystopian industrial estate. As an artistic endeavour it is certainly original. As a piece of music, I am unconvinced that many people would give it a second listen. 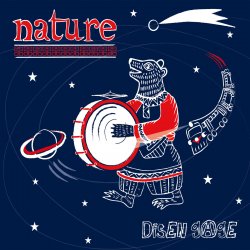 This release follows a very similar sound palette to Hybrid State, albeit within the context of three rather different tracks. Again it features just the two musicians or to be more precise "creators": Konstantin Mochalov and Anton Efimov. Again it is wildly experimental and contains very little in terms of conventional song-writing.

The first track is based on on the work of astronomers in the State of Iowa, who apparently succeed in converting strange signals coming from the orbit of Jupiter into audible sound palettes. The second is based around soundscapes captured by the band during a night spent in the vicinity of the Moscow railroad station Sortirovochnaya. As its title suggests, the third is based on the repetitive calls of a small zoo's worth of creatures including rattlesnakes, chipmunks and alligators.

I found this a far more engaging soundscape than that to be found on Hybrid State. The whole thing being a harshly hypnotic trip into the outer boundaries of musical possibilities. Not for the those seeking a "song". Strictly for aficionados of noise. 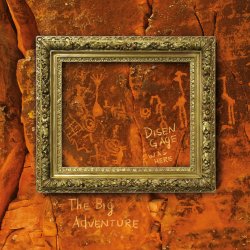 After two wildly experimental "noise" albums, Disen Gage have re-engaged as a true band, creating something that can more readily be categorised as "music".

The key line-up remains unchanged from Snapshots. As well as the ever-present Konstantin Mochalov on guitar and sound engineering, we have Eugeny Kudryashov on drums, Nikolai Syrtsev on bass, and Sergei Bagin who adds guitar and synth. Guest musicians are credited with adding cello, accordion and piano. This release marks their 20th anniversary and in many respects is the natural follow-up to Snapshots.

Not that the eight tracks in any way display a sense of compromise or represent a jettisoning of their desire to deconstruct conventional progressive musical formats. There is still plenty of risk-taking and genre-muddling to be heard. There is just a simpler identity to the music, that I think will appeal to those who seek less masochistic aural pleasures!

From the doomy, short opening, the accordion takes the lead on the accessible Adventurers. As the title suggests Chaos Point is not a comfortable listen, melding metallic guitars with discordant, jazzy piano with limited success. Enough blends the heavier guitar, this time with cello, and is a quite lovely composition. As is All The Truths' Meeting, but for different reasons. Its jazzy polka beat with (I guess) electronic tuba, brings a lighter mood to proceedings.

We change the beat to a Russian-prog Selfish Tango, before the album closes with Carnival Escape that sits firmly astride the avant-garde and RIO camps with heavy splashes of symphonics and alt-jazz. (I ignore Fin (end) which is so horribly ploddingly staid, that I could only bare to listen to it once!)

As you can see it is a very mixed bag. Compared to _Snapsnots, the compositions are less memorable and endearing. The constant and sudden changes of style and mood are uncompromising and lack a cohesion that makes this a more caustic listen. But I guess that is the point of Disen Gage's music.

Overall these four albums have been another interesting discovery from the No Name label. I think Snapshots and The Big Adventure will appeal to those who enjoy adventurous instrumental progressive music. The link to an hour-long live video below, would be an excellent starting point. The middle two albums are definitely only for those who seek more experimental noises.