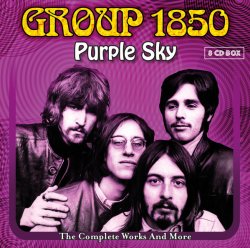 Group 1850 were a Dutch band from The Hague with numerous line-up changes, a singer (and eventually keyboard player) with erratic behaviour. They released almost a dozen singles, two live albums, and a mere three studio albums.

Although correct and complete, that synopsis is hugely under-selling the collected works that are under review here, and would miss the many gems that have probably been too hidden, for too many, for too long.

In the late 1960s, bands were releasing a lot of singles instead of albums. Although even the singles show where this band could take you, the albums and live shows were where this band excelled. 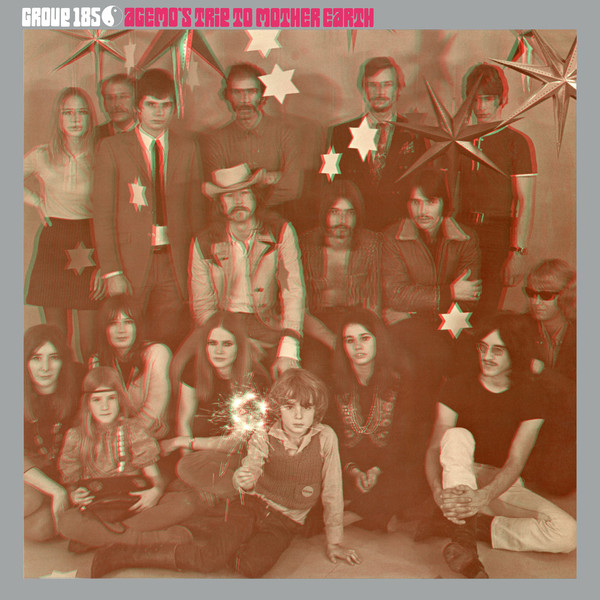 At first glance (or listen), Group 1850 are about psychedelic pop songs with touches of Beach Boys and The Beatles, but with looser structures and melodies like early Moody Blues. The use of slide guitar, distortion, and organ show an influence of The Doors, and the guitar playing has a touch of Hendrix. Although not an influence (because Group 1850 were before them), I am also reminded of Julian's Treatment.

The band experimented with sounds, structures, and different guest musicians (sax, vocals). Many compositions and arrangements are too complex to dismiss Group 1850 as a psychedelic pop band.

What possessed a band to produce a 13-minute song like I Put My Hand On Your Shoulder, and a label to allow that on a studio album, must say something about the time it was released. Based on a song that fits the rest of the album, the middle section is a trip that includes a 5-minute drum solo with vocals and chanted lyrics and poems; all in Dutch. The guitar solo that follows is bringing it all back, but in full late 1960s style, and is rather fierce compared to the rest of the song.

A Point In This Life could have been a long-lost Doors outtake. This was recorded in 1968. The Doors has been to Europe. Did the band attend their Amsterdam gig? This song has spoken poetry in the first part, keyboards and guitar not unlike The Doors in the second part. Daniel van Bergen's guitar playing can be both delicate and agressive; more Hendrix than Krieger. 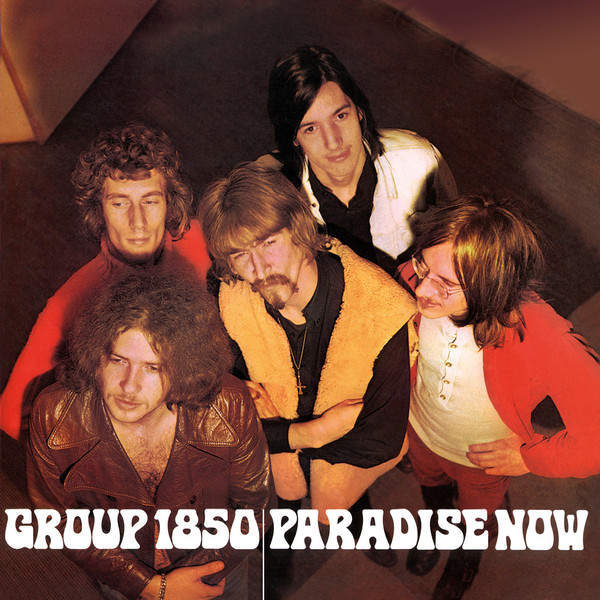 That same year (1969) brought the second album, Paradise Now. Some compositions have a strong Doors resemblence or feel, but overall the music is more psychedelic and heavier, and also more guitar rather than keyboard oriented. Having an extra guitarist adds another layer to the songs, and two different styles of playing also adds to the diversity of the sound. In Hunger this is especially noticable, with a great duo solo.

The short sections are extensions of the previous song or experimental intermezzos. ? ! sounds like jamming on a single idea, but it fits the album perfectly. It works, and I never skip any of it.

The song that gave this box set its name, is a wonderful psychedelic blues tune, with the two guitars alternating roles here and duelling there. It builds into heavier territory the way Stevie Ray Vaughan does in Tin Pan Alley. This is plain excellence. Even the two-minute drum solo works here. Van Bergen's guitar and Sjardin's voice sound like Hendrix at times.

Too many changes and outside pressure led to the group disbanding, but in 1974 they reformed and recorded their third and final studio album, released over a year later. Less psychedelic, including more jazz-rock and prog, it is still wildly experimental, trying to follow where Sjardin's head was going.

That gives us the by-now-expected experiments like the short Flower Garden and rather lengthy Avant Les Pericles. U.S.S.R. Gossip is jazz. Silver Earring is jazz-rock. But Patience and Pumping Up The Rubber Trees take us back to early Group 1850. And above all that, at least to me, are Jojo / Between Eighteen And Fifty Part 1850 / Thousand Years Before; a marvellous mix of all of the above.

The album didn't do much at the time, probably because Group 1850 had been silent for a few years, and the musical world had changed. If this had been released shortly after Paradise Now, it would probably have made a big impact. In retrospect, there is less cohesion on this, than the previous two studio albums, but I do love most of it. 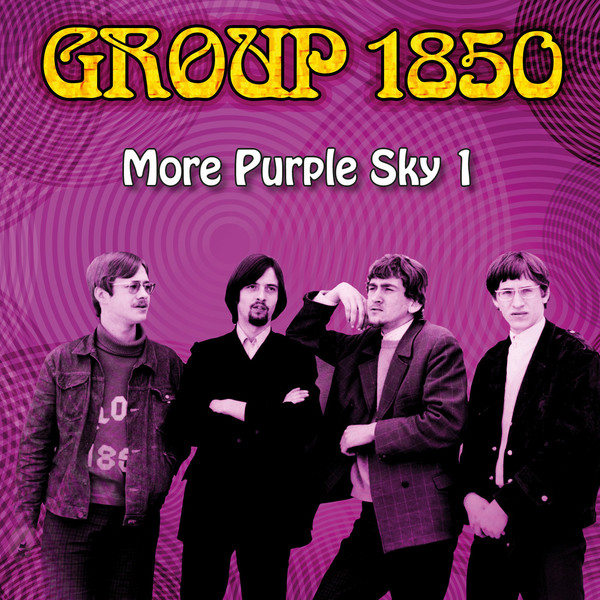 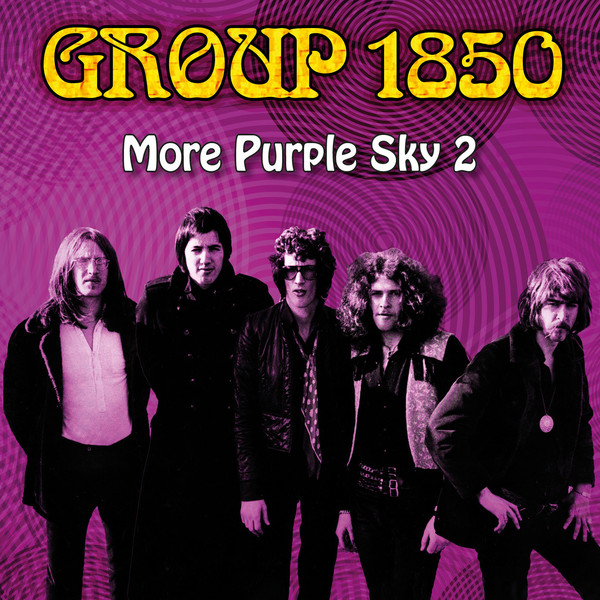 The last two CDs offer all of the singles that the band released, some both in mono and stereo mixes, plus a collection of unreleased tracks and even some demo recordings (or unreleased studio outtakes, as the quality matches the rest of the tracks). All the material is from 1966 - 1971.

When reviewing this box-set, I found myself listening to these tracks directly after the studio albums, and before moving on to the rest. A certain evolution of the band is audible when everything is in chronological order.

In "single" format there is no time to jam endlessly, so there is more focus on the song structure. Although that is apparent on the singles, Group 1850 managed to do what we know they can do from their albums, even in a shorter and often more commercial format.

While Ever Ever Green is a typical mid 1960s single, most singles show the creative songwriting and arrangments. Psychedelic pop in Misty Night and I Know; some The Kinks influences on Look Around and Sun Is Coming, whilst I Want More goes in several directions.

For a single, Zero is really weird and it would have been a great album track to get some more attention. The following Frozen Mind is a mini-epic, showing some early Pink Floyd backward sounds, tempo changes, and a hard rocking guitar solo. More heaviness on Dream Of The Future, Liar and Don't Let It Be (breathing but pre-dating some early Earth And Fire). 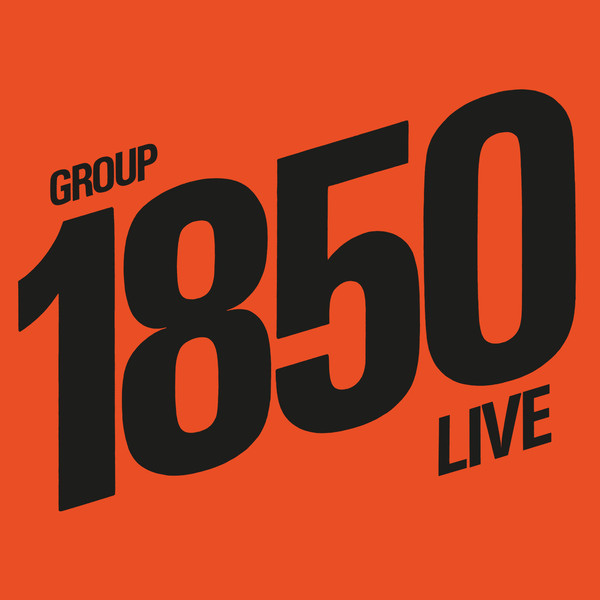 Never having heard Group 1850 live, I was looking forward to hearing the live albums in this set. Cobbled together from different recordings, the quality is not optimal but the power and energy make up for that.

They show that the band must have been quite an experience to witness on stage. They are much heavier than on the studio recordings and, as I expected, the sets contain lots of improvisations.

Years In Every Day adds a punk energy and attitude, like The Who but still ahead of its time. Between 18 And 50 Part VII fades in, which means the jam lasted even longer than what is on offer here. And although a jam, this works perfectly. Not a series of solo sections, but a band who are really playing as a unit. It's a pity it's a rather short document on what this band was about on stage.

The original closing track, Verandering (Change), is an experiment mostly on keyboards. The title refers to Sjardin's solo album (see below), recorded in 1969. It doesn't fit the rest of the album at all and is a clear indicator of the band needing a better producer or manager.

The bonus tracks that follow make up for that, with a storming Paradise Now / Friday I'm Free, with guitar and keyboards battling over a frantic pace set by the drums. 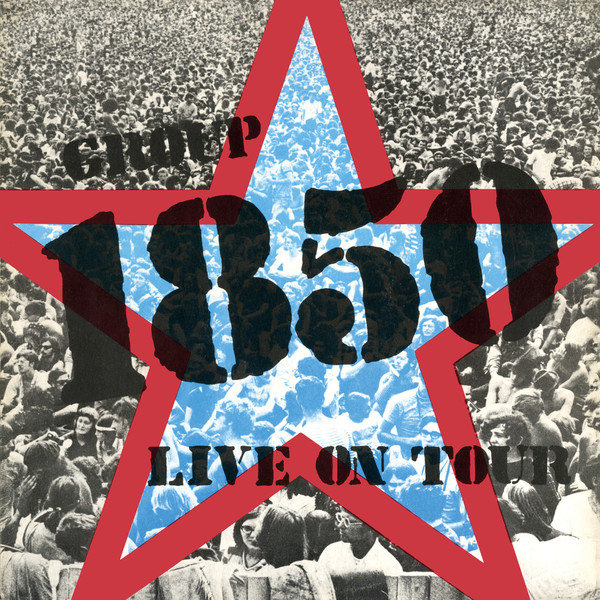 Live On Tour (also released as Live II) is a weird live album with a set that reads like a menu, music quite different from what we know of the band, and only slight moments of applause that sound like they could be from different recordings.

Opening with an apero that lasts way too long, this is mostly jazz-rock. Sometimes chaotic. Less melodic than the older stuff. No psychedelia, and less rock. The long Side Dish starts with a five-minute drum solo. The following sections are also stretching things a bit too far. The fact that the percussion (drums and congas) are often heavier in the mix than the keyboards and guitar, makes this a tough one to listen to.

What is surprising is the length of the album sides. LP side B lasted 30 minutes. That could not have been good for sound quality. The CDs in this box have been remastered from the original tapes, fortunately.

The short bonus tracks sound like they're from the same era, showing the new band jamming on older songs. So maybe it is all live? Jazzier than the originals, this might have been the direction for the new line-up, but to my prog and blues-based psychedelic-loving ears, it's definitely less interesting. The inferior sound quality doesn't help either. 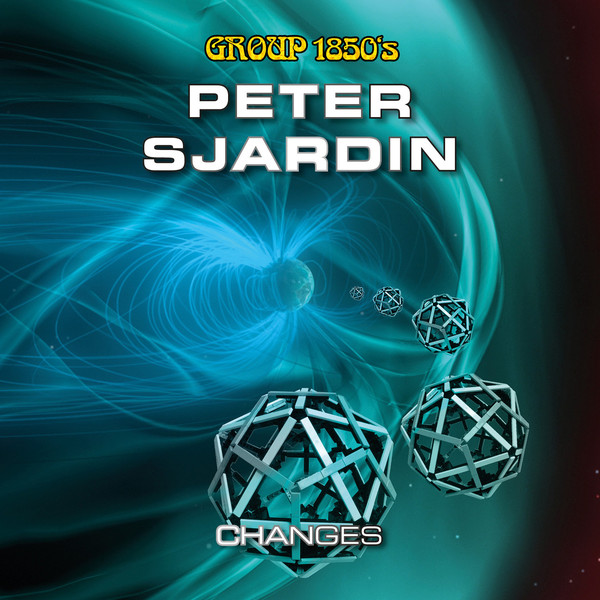 Sjardin first solo album, First Experience, was apparently too bad to include in this box-set. His second one, Changes, is included.

It's said it was recorded in 1969 and only released as a test pressing in the early 1980s. I assume at the sessions that gave the 15-minute track on the Live album.

I'm not into electronic music, so this is not for me. But from what I know of electronic and ambient music, this would have been somewhat remarkable in 1969. But not in the early 1980s. A creative mind alone is not enough to make interesting music.

In this box-set, it's rather out of place except for the artist's name. I guess its inclusion will please some completists.

There was nothing like Group 1850, especially not in Holland. More psychedelic than any other band I know from that time, with more complex arrangements, and amalgamating more different styles and influences.

If Sjardin had lived in the UK or the USA he probably would have had more chances to express himself, although I can't help but think his erratic behaviour or uncontrolled creativity was what lead to both interesting music and internal problems, ultimately leading to the band dissolving. (Several times, it appears.) With the right guidance, the band's output could have been less chaotic, probably reaching a wider audience, getting the attention it deserved, but now it takes some time to discover.

Sjardin's work after Group 1850 shows that he could never have made such music alone. It was, as is often the case, the combination of several talents that made the magic. More than anything, I hope that this box set will get guitar player Daniel van Bergen some well-earned recognition. Van Bergen's playing shows he had a great sense of music in many styles. He probably needed Sjardin's crazy ideas for music like this, but I am sure I would have loved his style in any other band that would have given him the space.

Pseudonym did a great job collecting all this material. It is a box-set that I will cherish (although I'll skip the second live album and Sjardin's solo album). As a compilation this works perfectly, collecting all of one band's output.

I found it curiously hard to find information, videos, and websites to point you. The fact that this is a limited edition box and there is only an email address to place an order, I find it a rather strange form of promotion for such an important collection. Probably fitting considering the history of the band, though.